We are here for you to provide the important current affairs may 1 2017 which have unique updates of all daily events from all newspapers such as The Hindu, The Economic Times, PIB, Times of India, India Today, Indian Express, Business Standard, all Government official websites. Our complete current affairs helps you to get more marks in Banking, insurance, UPSC, SSC,CLAT , Railway and all other competitive Exams. President of Cyprus Nicos Anastasiades has arrived in India on a 5-day visit
Nicos Anastasiades, the President of Cyprus was on an official visit to India from 25-30 April 2017. He arrived in Mumbai on April 25, 2017. During his stay in Mumbai, he met Vidyasagar Rao – Governor of Maharashtra. He also gave a keynote address at a Business Forum.
i. On April 28, 2017 Mr. Anastasiades conferred the Grand Collar of the Order of Makarios III (Cyprus’s highest civilian honour) on President Pranab Mukherjee.
ii. India and Cyprus signed 4 MoUs – Executive programme on culture, education and scientific cooperation for the period 2017-2020. This agreement was exchanged between Indian External Affairs 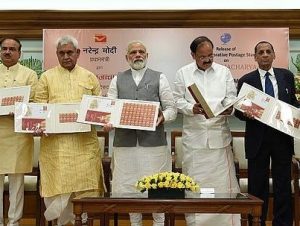 Swachhta Pakhwada being observed by the Ministry of Textiles
The Ministry of Ministry of Textiles celebrated Swachhta Pakhwada. It is celebrated between 1st to 15th May, 2017.
The list of activities that would be undertaken by the Ministry of Textiles during the Swachhta Pakhwada includes the following:
i. Visit of Minister of State, Textiles to Powerloom Service Centres in Delhi/Haryana/Uttarakhand and Silk Cluster in Haridwar for a special Swachhta drive
ii. Seminar on the theme “Waste to Wealth” to be organized
iii. Films on Waste to Wealth” to be made by NIFT, and to be shown by all organizations
iv. Honouring prize winners in the competitions, by senior officers of the Ministry
v. Personal hygiene campaign to be conducted at all jute mills, co-opting CGHS doctors, on all days of the Pakhwada
vi. Co-ordination with CPWD and DIPP to ensure that renovation work such as replacement of tiles, false ceiling works, installation of LED lights are completed timely

Maharashtra becomes first Indian state to use Automated Weather Stations
Devendra Fadnavis a Maharashtra chief minister has inaugurated the state’s first automatic weather station at Dongargaon in Nagpur.
Key Points:
i. The state government will install 2,065 weather stations across the state on a public private partnership (PPP) mode in 2017 and 1000 in next year.
ii. The information gathered by the weather stations would be shared among the farmers. 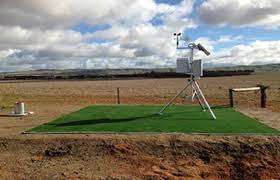 iii. It aims to measure the wind direction, wind speed, air temperature, relative humidity and record amount of rainfall.
iv. Weather station will be installed for an area of around 12×12 km.
v. It will be available on Mahavedh portal (Maharashtra agriculture weather information network) as well as on the mobile application of Skymet.
vi. Weather forecast firm Skymet Weather Private Ltd will be setting up these weather stations.
vii. As per the weather conditions the farmers of the state can make use of the information to manage sowing in a better and planned way.
viii. These weather stations are significant because the IMD forecast is limited to only four zones.

India to give Rs 35 cr to children of freedom fighters in Bangladesh
Under the new ‘Muktijodha scholarship’ scheme India will give Rs. 35 crore rupees to children of freedom fighters in Bangladesh in the next five years.
Key Notes:
i. All freedom fighters will be eligible for multiple entries on Indian visa for a period of five years.
ii. Every year 100 of them will be entitled to free medical treatment in Indian hospitals.
iii. Under the scheme, students at higher secondary level will get a one-time grant of Taka 20,000 (Rs 15,370) and students at the undergraduate level will get a grant of Taka 50,000 (Rs 38,430).
About Muktijodha Scholarship Scheme
Muktijodha Scholarship Scheme was started in 2006.It aims to support the descendants of the 1971 Freedom Fighters.
♦ More than 10,000 scholarships worth Taka150 million have been granted to the descendants under the scheme.
♦  Prime Minister NarendraModi had announced that India will provide scholarships to another 10,000 students under the new ‘Muktijodha scholarship’.
♦  India also announced concessional Line of Credit (LoC) of $4.5 billion to Bangladesh for projects in priority sectors.

SEBI finalises norms for listing of Green bonds
Securities and Exchange Board of India has finalised norms for issuance and listing of green bonds.
Key Facts:
i. It will help in raising funds from capital markets for investment in the renewable energy.The rules have been finalised by the SEBI.
ii. After taking into account inputs from the Finance and Environment ministries from the Ministry of New and Renewable Energy.
iii. A green bond is like debt instrument issued by an entity for raising funds from investors.
iv. Green bonds help to meet an ambitious target India has of building 175 gigawatt of renewable energy capacity by 2022.
v. The new norms would also help the investors take informed investment decisions and 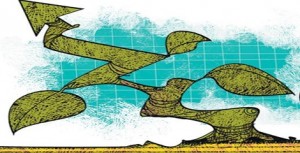 Google introduces ‘Solve for India Campaign’
Google has announced the new “Solve for India” initiative for tier-2 cities.
Key Points:
i. Tier-2 cities include Pune, Jaipur, Hyderabad, Kolkata, Kochi, Indore, Nagpur, Nashik, Madurai, Kanpur, and Chennai.
ii. Areas include agri-tech, healthcare, transportation, education, sanitation and more.
iii. Entrepreneurs will now have the opportunity to learn directly from Google engineers.
iv. It includes how to develop mobile first solutions with strong offline and language capabilities and help them to build solutions in many sectors. v. It aims to support entrepreneurs and developers of the country.
vi. The program will provide a platform for developers, entrepreneurs in tier 2 cities.
vii. It aims to learn about the latest Google technologies and get access to direct mentoring and support from Google.
viii. These developers and entrepreneurs will also have access to the Google Launchpad programme.It will help in creating and accelerate early stage product ideas.

Tezpur University Faculty Selected for INSA Young Scientist Medal
Sanjay Pratihar has been chosen for the prestigious Indian National Science Academy (INSA) medal for the Young Scientist Award for the year 2017.
Key Notes:
i. Sanjay is a scientist at Tezpur University.The award, consisting of a bronze medal and cash award of Rs 25,000.
ii. He has been awarded for his excellent contribution to multi-metal complexes, theoretical understanding, selective sensing of Hq2+ions and important applications in agriculture.
iii. Pratihar had earlier received ‘DST-INSPIRE Faculty’ award in July 2012.
iv. He has done his PhD in Organometallic Chemistry from the Indian Institute of Technology, Kharagpur.
v. It was instituted in 1974 by the Indian National Science Academy.
vi. INSA medal for young scientists are awarded annually to honour talented young Indian scientists.
vii. To recognize of their outstanding contributions in any branch of science or technology. 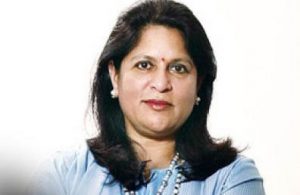 infrastructure business.
iii. She also serves as an Advisor to CISCO India’s External Board.
iv. She is an Independent Director on the Boards of Blue Star Limited and Hero MotoCorp.
v. She will take over the top position from the current President Naushad Forbes.
CII:
CII is a non-government, not-for-profit, industry-led and industry-managed organisation, playing a proactive role in India’s development process.

IIT scientists create low-cost solar cells using Jamun
Scientists of IIT Roorkee have used Indian summer fruit, Jamun, to create low cost and more efficient solar cells.
Key Points:
i. For creating the solar cells, the researchers made use of naturally occurring pigment present in jamun as an inexpensive photosensitizer for Dye Sensitised Solar Cells (DSSCs) or Gratzel cells.
ii. Gratzel cells is a thin film solar cells made of a porous layer of titanium dioxide (TiO2) coated photoanode.
iii. It is a layer of dye molecules that are capable of absorbing sunlight.
iv. The dye molecule plays a crucial role through its ability to absorb visible light.The extracted coloured pigment called anthocyanin was used as a sensitiser.
v. Scientists assume that it will increase pressure on fossil fuels and concern about global warming.
vi. It helps in realizing the country’s vision of building up a 40% share of non-fossil fuel capacity in the power sector by 2030.

Railways to use radio-frequency tags to track wagons, coaches
The Indian Railways is set to make use of the Radio-Frequency Identification tags (RFID) for tracking of wagons, coaches and locomotives.
Key Notes:
i. It helps in ensuring the effective and transparent functioning of the system.RFID tags have a lifespan of 25 years.
ii. RFID tags will use in freight maintenance management, locomotive management and coach maintenance management. 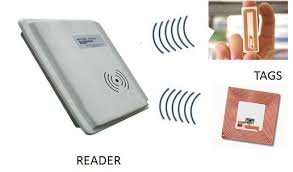 iii. For the first phase the Railways have sanctioned Rs 57 crore.
iv. RFID tags have been designed by the Centre for Railway Information System (CRIS) at an estimated cost of Rs 1000 per tag.
v. Indian railways have about 25 lakh wagons, 50,000 coaches and 9,000 locomotives in its possession.
vi. Earlier, the Railways used RFID tags on Vishakhapatnam-Talcher-Paradeep section as a pilot project.
vii. The RFID tags contain electronically stored information.The RFID uses electromagnetic fields to automatically identify and track tags attached to objects.

SpaceX Launches Intelligence Mission on Falcon 9
US based rocket manufacturing company SpaceX successfully launched and landed a rocket carrying carrying NROL-76 for US intelligence  from the Kennedy Space Centre in Florida on May 1, 2017
i. This was the fourth SpaceX booster landing at Cape Canaveral  and fifth successful mission in 2017.
ii. It is the SpaceX’s first recycled rocket flew last month 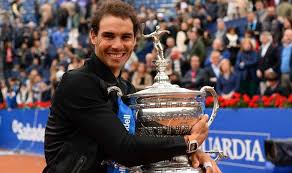 marked Nadal’s 71st tournament win in his career.
i. It is to be noted that last year, Thiem beat Nadal in Argentina on a clay court.
ii. Moreover he had reached this year’s finals of Barcelona Open after beating Andy Murray for the first time in his career. However, Nadal just took 90 minutes to beat Thiem in the finals.
iii. Last week, Nadal won the Monte Carlo Masters for a record-breaking 10th time.

Valtteri Bottas stuns Vettel and Hamilton to win F1’s Russian Grand Prix
Mercedes’ Finnish driver, Valtteri Bottas claimed his first Formula 1 victory, taking the flag at the Russian Grand Prix after a close chase from Ferrari’s Sebastian Vettel, who finished at second position.
i. Valtteri Bottas is on a one-year contract with Mercedes and has been called in to replace Nico Rosberg. His previous best results were two second places at the British and German Grand Prix in 2014.
ii. Sebastian Vettel, who came at second position in this race, has now extended his lead by 13 points over Lewis Hamilton in the title fight. 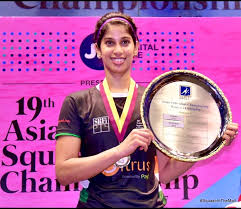 the Asian Squash title with a thrilling win over compatriot Dipika Pallikal Karthik in the women’s final held in Chennai, India. The title match lasted for 78 minutes.
i. It is to be noted that, Joshna Chinappa and Dipika Pallikal Karthik, both train together at the Indian Squash Academy in Chennai.
ii. In the men’s final of 19th Asian Squash Championship in Chennai, India’s Saurav Ghosal lost to Hong Kong’s Max Lee to finish second best.

Aizawl FC script history, become first north-east club to win I-League title
On April 30, 2017, Aizawl FC, a small team from Mizoram, created history by becoming the first club from north-east to win the I-League title.
i. In the run up to the title last week, Aizawl FC had beaten Mohun Bagan by 1-0 and were three points ahead of Bagan on the points table. To win the title, Aizawl FC required a win or a 1-1 draw against Shillong Lajong.
ii. Aizawl ended the league on 37 points while Mohun Bagan finished second on 36. This was the second season for Aizawal FC.

Aamir launches Asha Parekh’s autobiography ‘The Hit Girl’
Aamir Khan has launched actress Asha Parekh’s autobiography ‘The Hit Girl’ on April 30, 2017
Key Points:
i. Aamir Khan has launched the book Hit Girl in New Delhi.
ii. It will be a source of inspiration for budding talents.
iii. Veteran actor- politician Shatrughan Sinha also attended the book launch.
iv. Film critic-writer Khalid Mohamed has composed the autobiography.
About Asha Parekh
Asha Parekh is a Bollywood actress, director, and producer.
♦  She was one of the top stars in Hindi films from 1959 to 1973.
♦  In 1992, she was honoured with the Padma Shri by the Government of India.