We are here for you to provide the important current affairs March 9 2018 which have unique updates of all daily events from all newspapers such as The Hindu, The Economic Times, PIB, Times of India, India Today, Indian Express, Business Standard, all Government official websites. Our complete current affairs helps you to get more marks in Banking, insurance, UPSC, SSC, CLAT, Railway and all other competitive Exams. Cabinet Approvals with Foreign Countries on March 7 2018
The Union Cabinet has approved the signing of Migration and Mobility Partnership Agreement between India and France.  It would be signed during the forthcoming visit of French President to India.
i. Cabinet approves agreement with France to prevent illicit Drugs
ii. Cabinet approves an MoU between India and Hellenic on Renewable Energy Cooperation
iii. The Union Cabinet has approved the signing of a MoU between Union Public Service Commission (UPSC) and Public Service Commission of Mauritius………………………………………..Click here to Read more 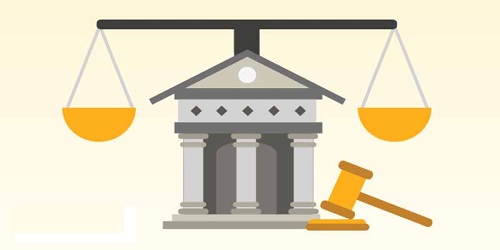 Floating Lab set up to monitor Manipur’s Loktak Lake
The Institute of Bioresources and Sustainable Laboratory (IBSD), Imphal, has established a floating laboratory in Loktak Lake, Manipur, to continuously monitor its water quality and improve it.
Floating Lab in Loktak Lake:
i. Manipur’s Forest and Environment Minister, Thounaojam Shyamkumar Singh inaugurated the floating laboratory on 24th February 2018 in Imphal.
ii. Bhagaton Singh, Project Director of Loktak Development Authority (LDA) said that, the floating laboratory was launched as a joint venture between LDA and IBSD.
iii. IBSD Director Professor Dinabandhu Sahu said that, a study will be undertaken to convert the water plants into organic fertilizer. He said that, the boat features an equipment that will collect data to study the ecosystem of the lake.
iv. The IBSD worked for 4 months to get the boat, redesign it and obtain equipment for the laboratory. This lab will work 24×7 and will monitor the entire lake.
v. This floating laboratory has been set up on a budget of Rs 5. Lakh. Further equipments for Rs 20 lakh will be procured to improve its efficiency.
Some National Parks in Manipur:
♦ Sirohi National Park
♦ Keibul Lamjao National Park 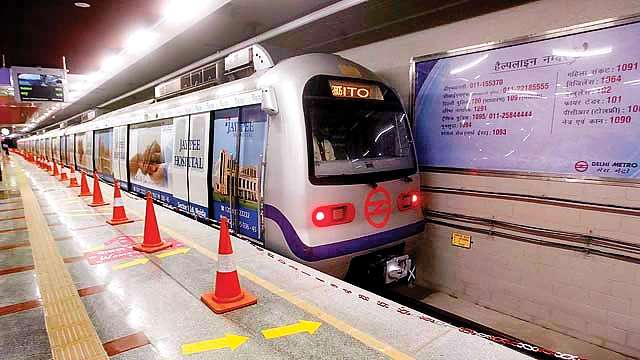 I-Metros:
i. “I-Metros” will act as a platform for sharing of ideas, knowledge, experience, best practices, innovations, etc. for the Indian Metro rail companies. It will help them to improve their performance.
ii. It will be registered under Society Registration Act-1860. It will conduct and promote techno-economic studies and research.
iii. It will protect the interest and rights of metro rail companies. It will act as a resource tank of information and will help in decision making.
iv. The conference on “Indian Metros: Collaborating for Excellence” saw participation from representatives of Metro systems throughout the world.
Some wildlife sanctuaries in Delhi:
♦ Asola Bhatti Wildlife Sanctuary
♦ Najafgarh drain bird sanctuary Karnataka government unveils the state flag:
i. If Karnataka receives Central government approval, it will be the second state after Jammu and Kashmir to have a flag.
ii. The flag is tricolor comprising yellow, white and red with State emblem at the centre.
iii. Now the proposal will be forwarded to the Union Home Ministry for approval, as a State is not empowered to declare its own flag.
iv. The state emblem is blue in colour named Gandaberunda. Gandaberunda is a mythical two-headed bird.
Some wildlife sanctuaries in Karnataka:
♦ Bandipur National Park
♦ Bannerghatta National Park
♦ Dandeli National Park

Prime Minister launches National Nutrition Mission (NNM)
On 8th March 2018, on the occasion of International Women’s Day, Prime Minister Narendra Modi, launched the National Nutrition Mission at an event held at Jhunjhunu in Rajasthan.
National Nutrition Mission (NNM):
i. The National Nutrition Mission (NNM) has been formulated with a 3 year budget of Rs.9046.17 crore starting from 2017-18.
ii. NNM aims in improving nutrition level in India on an urgent basis. It includes several schemes working on reducing malnutrition, incentivizing States/UTs to reach goals, incentivizing Anganwadi Workers (AWWs) to use IT based tools, etc.
iii. NNM aims to reduce stunting, under-nutrition, anemia and reduce low birth weight by 2%, 2%, 3% and 2% per annum respectively. It will work to achieve reduction in stunting from 38.4% to 25% by 2022.
iv. NMM will benefit over 10 crore people. All the States and districts will be reached in a phased manner: 315 districts in 2017-18, 235 districts in 2018-19 and rest in 2019-20.
Some wildlife sanctuaries in Rajasthan:
♦ Bassi Wildlife Sanctuary
♦ Kumbhalgarh Wildlife Sanctuary
♦ Mount Abu Wildlife Sanctuary 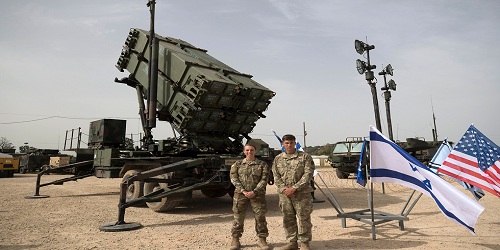 Juniper Cobra:
i. Over 5,000 Israeli and American troops are undergoing training together in Israel.  Brig. Gen. Zvika Haimovich, chief of Israel’s air defence command, said that, Juniper Cobra is not focused on any particular adversary.
ii. It is aimed to train for very complex scenarios like simultaneous attacks from enemy countries and militant groups. Israel faces potential threat from Lebanese militant group Hezbollah and Iranian forces.
iii. Juniper Cobra comprises field training, computer simulations and live-fire drills of sophisticated missile-defence systems.
iv. Juniper Cobra was started in 2001. It has been conducted every two years since then.
About Israel:
♦ Capital – Jerusalem
♦ Currency – New shekelpercent of the world’s female working population.

India to build 50,000 houses for earthquake victims in Nepal
India seals agreement with UN to build homes for Nepal quake victims. The massive earthquake in Nepal in April, 2015 created destruction in the Himalayan nation, killing over 10,000 people and injuring nearly 22,000 people. Gorkha and Nuwakot were the worst-hit districts.
i. In a reconstruction bid for earthquake-ravaged Nepal, India signed an agreement with United Nations Development Programme (UNDP) and United Nations Office for Project Services (UNOPS) to build 50, 000 homes for earthquake victims.
ii. Under the project, 26,912 home owners will be benefited in Gorkha and 23,088 homeowners in Nuwakot, according to Indian Embassy sources.
iii. India will give USD 8.41 million to the UNOPS and USD 7.41 Million to the UNDP to build 50, 000 homes by this agreement.
About Nepal:-
♦ Capital – Kathmandu
♦ President – Bidhya Devi Bhandari
♦ Prime Minister – Khadga Prasad Oli
♦ Currency  – Nepalese rupee (NPR) i. The report focuses on female entrepreneurs’ ability to “capitalize the opportunities granted through various supporting conditions within their local environment”.
ii. New Zealand is at the top of the list, with Sweden, Canada, US, Singapore, making the top five in the index. The index was based on 12 indicators and 25 sub-indicators representing 78.6 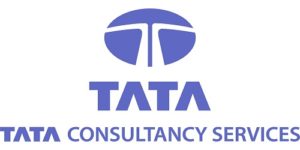 i. As per the Brand Finance IT Services 15 annual report for 2018, TCS now has a total brand value of USD 10.391 billion; a growth of 14.4 percent from last year’s total of USD 9.081 billion, with an increase of USD 1.309 billion.
ii. The new value is the fastest incremental growth of all companies in the industry, and places TCS in the top three most valuable brands in the global IT services sector along with IBM and Accenture.
About Tata Consultancy Services
♦ Founded -1968; 50 years ago
♦ Founder – J. R. D. Tata , F.C. Kohli
♦ Headquarters – Mumbai, Maharashtra, India

Indian volunteer wins Commonwealth Point of Light award
On March 8,2017,Britain’s Queen Elizabeth II recognised SrishtiBakshi from India as the 26th Commonwealth Point of Lightin honour of her exceptional service to empowering women in India.
i. Srishti is the founder of the Cross Bow Milesmovement. After seeing that India’s National Crime Records Bureau recorded 327,394 cases of violence against women in 2015, Srishti decided to make a statement and spread her message of gender equality across the country.
ii. She has overseen the creation of a mobile app where people from across the world can upload steps collected from their phone pedometers and join the campaigns ‘Billion Steps For Women’ drive. 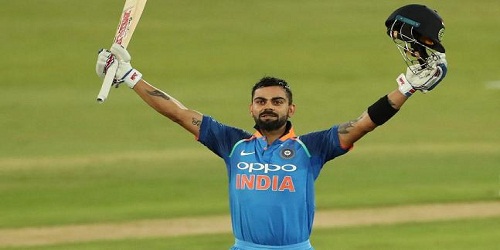 i. Virat will be actively involved in a series of marketing and customer experience initiatives to be rolled out by Uber India.

Udyam Sakhi Portal launched for women entrepreneurs
On the occasion of International Women’s Day, March 8,the Ministry of Micro, Small and Medium Enterprises (MSME) launched a portal for women entrepreneurs of India”www.udyamsakhi.org.”
i. The portal was unveiled by the Minister of State (Independent Charge) of MSME, Giriraj Singh.
ii. The portal is a network for nurturing entrepreneurship and creating business models for low cost products and services in order to empower women and make them self-reliant and self-sufficient 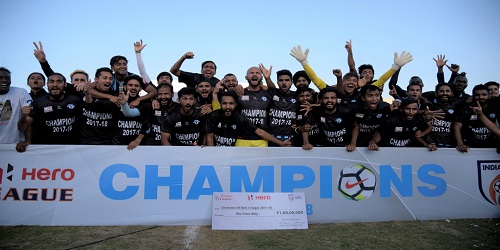 i. This is Minerva’s second season in the football league.
ii. Minerva Punjab become the first side from Punjab to win the league in 21 years, since JCT’s title victory in 1996-97. They will now represent India in the 2019 AFC Champions League preliminary play-offs.

Badminton: South Korea’s 2012 bronze medallist Chung dies aged 35
South Korean badminton player Chung Jae-sung, who won bronze in the men’s doubles at the London Olympics, has died at the age of 35, the Korea Badminton Association.
i. Yonhap News quoted local police as saying Chung had been diagnosed with arrhythmia three years ago and that he had complained of chest pains at times. 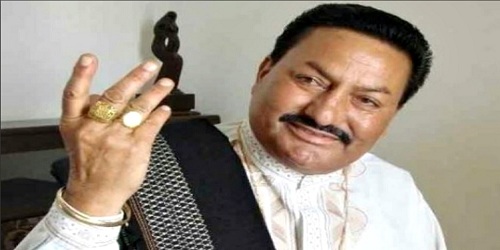 i. The Wadali Brothers comprising Puranchand Wadali and Pyarelal Wadali  had carved a distinct mark for themselves in the genre of Sufi music. According to local reports, Pyarelal Wadali suffered from a cardiac arrest