We are here for you to provide the important current affairs March 22 2018 which have unique updates of all daily events from all newspapers such as The Hindu, The Economic Times, PIB, Times of India, India Today, Indian Express, Business Standard, all Government official websites. Our complete current affairs helps you to get more marks in Banking, insurance, UPSC, SSC, CLAT, Railway and all other competitive Exams. Cabinet Approvals
On March 21, 2018, Union Cabinet chaired by Prime Minister Narendra Modi approved following initiatives:
i. Union Cabinet gave ‘in-principle’ approval to inclusion of 2 communities – ‘Parivara’ and ‘Talawara’ – in the list of Scheduled Tribes (STs) in Karnataka.
ii. Union Cabinet has approved the opening of 18 new Indian Missions in Africa over a four year period from 2018-2021 to implement commitments of India-Africa Forum Summit (IAFS-III).
iii. Cabinet approves North-East Industrial Development Scheme (NEIDS) 2017
iv. Union Cabinet has approved the launch of a new Centrally Sponsored Ayushman Bharat -National Health Protection Mission (AB-NHPM), which was announced in Union Budget 2018.
v. Cabinet approves extension of term of Commission constituted to examine the issue of Sub-categorization of OBC
vi. Union Cabinet has given approval for moving official amendments in ‘Surrogacy (Regulation) Bill, 2016’, aimed at banning commercial surrogacy and allowing ethical surrogacy to needy infertile couples.
vii. Cabinet Committee on Economic Affairs (CCEA) has allowed ITI Ltd to bring a Further Public Offer (FPO) for fresh equity shares in order to achieve 25 per cent Minimum Public Shareholding requirement of Securities and Exchange Board of India (SEBI), raise working capital for new projects and to reduce its debt obligations.
viii. Cabinet Committee on Economic Affairs has given its approval for continuation of Centrally Sponsored Scheme of Rashtriya Uchchatar Shiksha Abhiyan (RUSA) from April 1, 2017 to March 31, 2020.
ix. Cabinet Committee on Economic Affairs has given its approval for Central Sector Scheme “Integrated Scheme for Development of Silk Industry” for the period 2017-18 to 2019-20………………………………………………………Click here to Read more

Cabinet Approvals with Foreign Countries
On March 21, 2018, Union Cabinet chaired by Prime Minister Narendra Modi approved following bilateral agreements.
i. Union Cabinet has given its approval for revision of the Agreement between India and Qatar for the avoidance of double taxation and for the prevention of fiscal evasion with respect to taxes on income.
ii. Cabinet apprised of MoU between India and Guyana on cooperation in Renewable Energy
iii. Cabinet approves closure of India Development Foundation of Overseas Indians
iv. Union Cabinet has approved the formation of a wholly owned subsidiary company of Telecommunications Consultants India Ltd (TCIL) in the US for information communication and technology (ICT) related work……………………………Click here to Read more 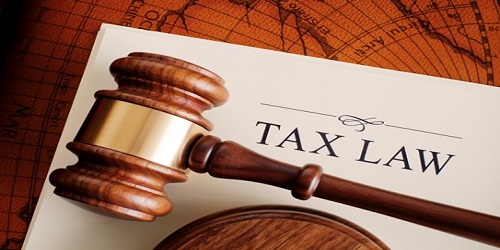 New Direct Tax Law for India:
i. CBDT believes that to prepare the draft of new Direct Tax Law, it is necessary to engage with stakeholders and general public.
ii. Thus it has invited suggestions and feedback from stakeholders and general public in the format provided on www.incometaxindia.gov.in.
iii. Suggestions/feedback in this regard may be sent through e-mail at [email protected] by April 2, 2018.
Quick Facts about Central Board of Direct Taxes (CBDT):
♦ Constituted under – Central Board of Revenue Act, 1963
♦ Parent Department – Department of Revenue, Union Ministry of Finance
♦ Current Chairman – Sushil Chandra 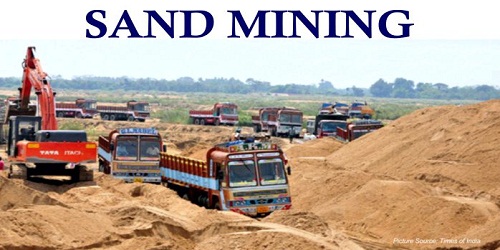 Sand Mining Framework:
i. Developed by: The Sand Mining Framework was prepared by the Ministry of Mines.
ii. It was developed after conducting study in several states and consultations with institutions like National Council for Cement and Building Materials, Cement Manufacture Association etc.
iii. The suggestions in this framework will offer a roadmap to the states that will help them to develop their policies and will act as a check on illegal mining of sand.
About National Council for Cement and Building Materials:
♦ Founded – 1962
♦ Objective – to promote research and scientific work connected with cement and building materials trade and industry 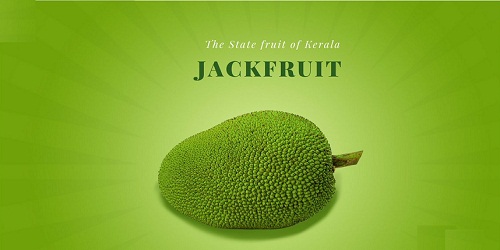 Jackfruit – official fruit of Kerala:
i. An official announcement on this regard was made by Kerala Agriculture minister V S Sunil Kumar in the Kerala state assembly. This decision was taken based on a proposal made by the Kerala Agriculture Department.
ii. This has been done in a move to promote the ‘Kerala jackfruit’ as a brand in markets all over India and abroad.
iii. The agricultural office in Ambalavayil in Wayanad is to be used for jackfruit research.
iv. The state animal of Kerala is ‘Elephant’. The state bird of Kerala is ‘great hornbill’. The state flower of Kerala is ‘kanikkonna’.
Some wildlife sanctuaries in Kerala:
♦ Aralam Wildlife Sanctuary
♦ Chimmony Wildlife Sanctuary
♦ Chinnar Wildlife Sanctuary

Madhya Pradesh inks MoU with Bharat Financial for animal healthcare plan
The Madhya Pradesh Animal Husbandry Department has inked a MoU with Bharat Financial Inclusion Ltd (BFIL) to launch ‘Pashu Dhan Sanjeevani – 1962’, an animal healthcare programme.
Pashu Dhan Sanjeevani – 1962:
i. The MoU was signed in the presence of Madhya Pradesh Animal Husbandry Minister Antar Singh Arya and BFIL CEO and MD Geoff Woolley.
ii. The ‘Pashu Dhan Sanjeevani – 1962’ is claimed to be the first of its kind initiative by any state government in India.
iii. This programme offers animal owners a range of veterinary services. They just have to dial the toll-free helpline number 1962.
iv. Veterinary services like emergency treatment, on-demand artificial insemination, vaccination and deworming will be offered at the doorstep of farmers.
v. This will be of great use to farmers who find it difficult to bring their cattle to the health centres. The IT ecosystem for this programme has been developed by BFIL.
vi. The service delivery process will be monitored through the ‘Bharat Sanjeevani’ software and a mobile app exclusively developed for doctors, veterinary field officers and artificial insemination technicians.
Some National Parks in Madhya Pradesh:
♦ Van Vihar National Park
♦ Satpura National Park
♦ Pench National Park

I&B Ministry reconstitutes panels for PIB accreditation
The Information and Broadcasting (I&B) Ministry has reconstituted two journalist-related bodies.
I&B Ministry reconstitutes panels for PIB accreditation:
i. On 20th March 2018 an order was issued by Information and Broadcasting Ministry that announced the members of the Central Press Accreditation Committee.
ii. The Central Press Accreditation Committee considers the names of correspondents and camerapersons who get Press Information Bureau (PIB) accreditation.
iii. The committee is headed by the Prinicpal Director General of PIB as the ex-officio chairperson. It has 8 members. It has a tenure of 2 years.
iv. Other members are: a representative of the Press Council of India and a representative of the News Broadcasters Association.
v. Five other members are: Prashant Mishra of Dainik Jagran; Navika Kumar of Times Now; Kanchan Gupta, commissioning editor with ABP News; J Gopikrishnan of The Pioneer; and Smita Prakash, Editor News of Asian News International.
vi. I&B Ministry has also constituted a committee to administer the Journalists Welfare Scheme.
vii. The administering committee will consist of: I&B Secretary, Principal DG PIB, and a joint secretary from the I&B ministry.
About Press Information Bureau (PIB):
♦ Purpose – nodal agency of Indian Government to disseminate information to the print, electronic and new media on government plans, policies, programme initiatives and achievements
♦ Set up – 1919 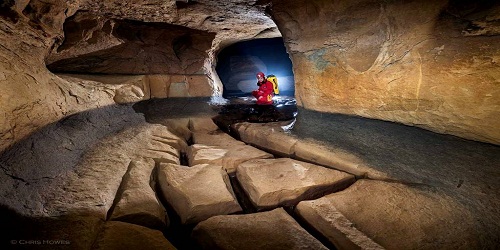 Krem Puri:
i. Krem Puri was discovered in 2016. However its actual length was found between 5th February and 1st March 2018.
ii. It was measured by the Meghalaya Adventurers’ Association (MAA). It is 24,583 metres long.
iii. This cave is over 6,000 metres longer than the world record-holder Cueva Del Saman, a sandstone cave in Edo Zulia, Venezuela.
iv. It has also become India’s second longest cave in the general category. The longest India cave is the Krem Liat Prah-Umim-Labit system in the Jaintia Hills in Meghalaya.
Some important lakes in India:
♦ Largest fresh water lake in Asia & India – Wular Lake, Kashmir
♦ Largest Artificial Lake in Asia – Upper Lake, Madhya Pradesh
♦ Largest saline water Lake in India – Chika Lake, Odisha 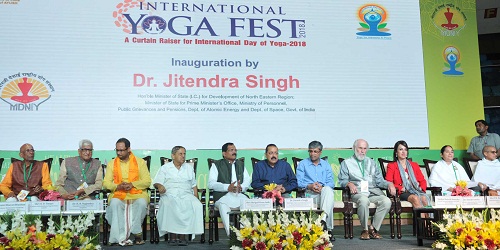 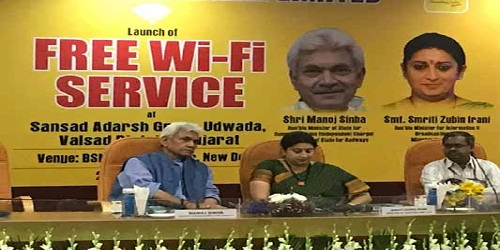 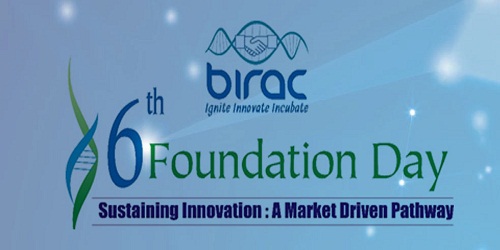 6th Foundation Day of BIRAC:
i. The event was inaugurated by Dr. Harsh Vardhan, Union Minister for Science & Technology and Earth Sciences and Environment, Forests and Climate Change, who was the Chief Guest of the event.
ii. Theme: The theme for 6th Foundation Day of BIRAC was ‘Sustaining Innovation – A Market Driven Pathway’.
iii. Several dignitaries from the scientific and industry sectors within India and also from foreign countries attended the event.
iv. Preliminary winners of the SoCH (Solutions for Community Health) awards were announced at the event. This is an innovation challenge award which was initiated at the MyGov portal in September 2017.
About Biotechnology Industry Research Assistance Council (BIRAC):
♦ Type – not-for-profit Public Sector Enterprise
♦ Set up by – Department of Biotechnology (DBT), Ministry of Science and Technology More information about MCX Brass Futures Contracts:
i. The launch will be an important milestone as it will be for the first time that a Brass Futures contract will be traded on an organised exchange anywhere in the world.
ii. Availability of Brass Futures contracts will not only help in price discovery but will also help brass merchants to hedge the risk arising out of price fluctuation.
iii. The lot size of the contract will be 1 MT (metric tonne) with expiries in April, May and June 2018.
Quick Facts about Multi Commodity Exchange (MCX):
♦ Established in – 2003
♦ Headquarters – Mumbai
♦ Current CEO – Mrugank Paranjape

Allahabad Bank gets nod to merge ABFL
On March 21, 2018, Allahabad Bank stated that it has received approval from Union Ministry of Corporate Affairs for amalgamation of its fully-owned subsidiary All Bank Finance Ltd. (ABFL) with itself. 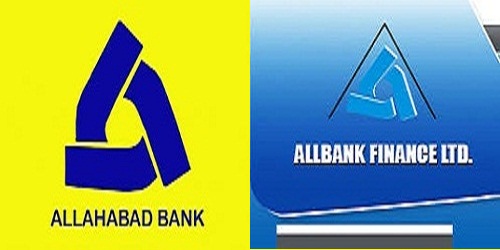 It was for the first time that the missile, capable of travelling at speeds of up to Mach 3.0, or three times the speed of sound, was tested with indigenously developed ‘seeker’ technology. The seeker – developed by Research Centre Imarat (RCI), Hyderabad, in collaboration with other DRDO labs, – determines the accuracy of a missile by guiding it to the target BrahMos supersonic cruise missile successfully test-fired:
i. The BrahMos is a supersonic cruise missile. It was developed in a joint-venture between India and Russia.
ii. This missile has been named after the rivers Brahmaputra of India and Moskva of Russia.
iii. It is a two-stage self-propelled guided missile. It can fly at almost three times the speed of sound at Mach 2.8. It has a range of 290 km.
iv. Work to integrate the BrahMos supersonic cruise missile on 40 Sukhoi combat aircraft is under progress.
v. BrahMos has a strike accuracy rate of 99.99 %. It follows various trajectories like high, high-low, low, surface-skim etc.
About Defence Research and Development Organisation (DRDO):
♦ Chairman DRDO & Secretary Department of Defence R&D – Dr S Christopher
♦ Headquarters – New Delhi

IRCTC introduces billing through Point of Sale (POS) hand held machines in trains
IRCTC has introduced billing through Point of Sale (POS) hand held machines in trains.
IRCTC introduces billing through POS hand held machines:
i. IRCTC is introducing POS billing machines in trains in phases. POS machines have already been introduced in train no. 12627-28, SBC-NDLS Karnataka Express on pilot basis.
ii. In the next phase, 100 POS machines are launched in 26 trains. There are 50 rakes (composition of coaches forming a train) on those 26 trains.
iii. 2 POS machines will be provided for each rake of the train. Later, the number of POS machines will be increased according to the usage by passengers.
iv. IRCTC also deploys its officials on these trains to monitor the catering services. These Officials will be provided with Tablets (Tab) to obtain passenger feedback.
v. The service providers managing the onboard services are trained at IRCTC’s Central Kitchen at Noida for usage of the POS machine.
About Indian Railway Catering and Tourism Corporation (IRCTC):
♦ Purpose – handles the catering, tourism and online ticketing operations of the Indian railways
♦ Headquarters – New Delhi