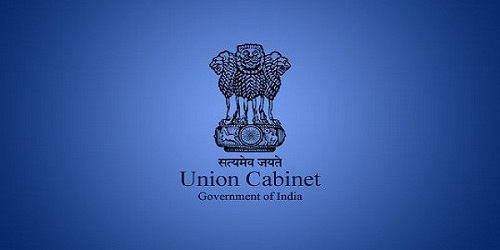 Union Cabinet has given its approval for revision of the Agreement between India and Qatar for the avoidance of double taxation and for the prevention of fiscal evasion with respect to taxes on income.

This memorandum of understanding (MoU) was signed on January 30, 2018 in New Delhi.

In a bid to enhance synergies in channelizing Indian Diaspora’s contributions to Government of India’s flagship programmes such as National Mission for clean Ganga and Swachh Bharat Mission, Union Cabinet has approved closure of India Development Foundation of Overseas Indians (IDF-OI).

Cabinet approves formation of TCIL’s subsidiary in US

Union Cabinet has approved the formation of a wholly owned subsidiary company of Telecommunications Consultants India Ltd (TCIL) in the US for information communication and technology (ICT) related work.

Quick Facts about TCIL:
♦ Formed in – 1978
♦ Under administrative control of – Department of Telecommunications (DOT), Union Ministry of Communications and Information Technology

Cabinet Approvals with Foreign Countries : May 23 ,2018