We are here for you to provide the important current affairs March 19 2018 which have unique updates of all daily events from all newspapers such as The Hindu, The Economic Times, PIB, Times of India, India Today, Indian Express, Business Standard, all Government official websites. Our complete current affairs helps you to get more marks in Banking, insurance, UPSC, SSC, CLAT, Railway and all other competitive Exams. Four MoUs signed under aegis of DoNER for promotion of tourism in the North-East
On March 19, 2018, four memorandum of understanding (MoUs) were signed in New Delhi under the aegis of the Ministry of Development of North East Region (DoNER) for promotion of tourism in the North-East India.
Details about MoUs for promotion of tourism in North East:
i. The MoUs were signed between various entities in North East India and Airbnb, one of the world’s leading community-driven hospitality companies.
ii. These MoU are aimed at creating hospitality micro-entrepreneurs across key destinations in the North East of India.
iii. Activities carried out under these MoUs are a step towards achieving the aim of creating more sustainable accommodation options to enhance the hospitality service standards in North East Region and thereby doubling tourist growth rate in the next three years.
iv. The MoUs were signed on behalf of North East Tourism Development Council (NETDC) and North Eastern Council (NEC)and two key livelihood initiatives, North Eastern Region Community Resource Management Project (NERCORMP) and North East Rural Livelihood Project (NERLP).
v. Another MoU for leveraging of community resources and appropriate local resources based technology for development was also signed between NERCORMP and HESCO (Himalayan Environmental Studies and Conservation Organization). 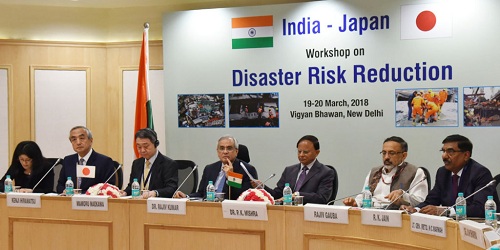 Highlights of First India-Japan Workshop on Disaster Risk Reduction:
i. This workshop has been jointly organised by the National Disaster Management Authority (NDMA), Union Ministry of Home Affairs and Government of Japan.
ii. It is the first formal initiative under the Memorandum of Cooperation (MoC) on Disaster Risk Reduction signed between India and Japan in September 2017.
iii. Speaking at the occasion, Dr. Rajiv Kumar outlined a six-pronged approach to enhance resilience, which includes Risk Identification, Preparedness, Risk Reduction, Financial Protection, Resilient Reconstruction and Societal Awareness.
iv. Fifty delegates from Japan and 70 Indian delegates including experts from government, technical institutions and private sector are participating in this two-day workshop.
v. During the course of this workshop, India and Japan will identify possible areas of cooperation in the field of Disaster Risk Reduction.
Quick Facts about Japan:
♦ Capital – Tokyo
♦ Currency – Japanese yen
♦ Current Prime Minister – Shinzo Abe
♦ Important Rivers – Shinano, Tone, Ishikari 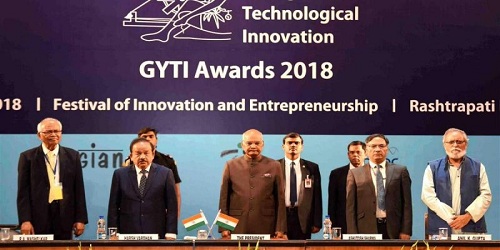 Festival of Innovation and Entrepreneurship (FINE):
i. Festival of Innovation and Entrepreneurship (FINE) is organised by Rashtrapati Bhavan along with the Department of Science and Technology and the National Innovation Foundation-India from 19th March 21st March 2018.
ii. Ram Nath Kovind also presented the Gandhian Young Technological Innovation Awards.
iii. FINE aims to recognise, display and reward innovations and to create a supportive ecosystem for innovators.
iv. It provides an “In-Residence” Program through which 10 innovation scholars will stay at Rashtrapati Bhavan and will receive mentoring and opportunities to share ideas with important stakeholders.
v. FINE also features an exhibition of innovations that will be open for public view till 23rd March 2018.
About National Innovation Foundation-India:
♦ Chairperson – Dr. R A Mashelkar
♦ Set up by – Department of Science and Technology (DST)

Indo-French joint naval exercise Varuna 2018 began on March 19, 2018 in Goa
On 19th March 2018, Phase I of Varuna 18, an Indo-French Naval Exercise, began in Mormugao Port Trust (MPT) in Goa.
Varuna 18:
i. The phase I of Varuna 18 will be conducted till 24th March 2018. Second and third phases will be conducted in April 2018 and May 2018 in Chennai and La Reunion Island respectively.
ii. Rear Admiral M A Hampiholi, Flag Officer Commanding, Western Fleet and Rear Admiral Didier Piaton, Joint Commander of the French Naval Forces deployed in Indian Ocean and French Joint Forces stationed in UAE, inaugurated the 1st phase of Varuna 18.
iii. Varuna 18 will be conducted in 3 sea areas: the Arabian Sea, the Bay of Bengal and South Western Indian Ocean.
iv. First phase of Varuna 18 will be conducted in the Arabian Sea. French Submarine and frigate Jean de Vienne and Indian Naval Ship (INS) Destroyer Mumbai, frigate Trikand with internal helicopters participate in phase I of Varuna 18.
v. INS Kalavari, P8-I and Dornier Maritiem Patrol Aircraft and Mig 29-K fighter aircraft also take part in this exercise.
About Varuna:
♦ Type – bilateral maritime exercises between Indian and French navies
♦ Started – 2001 BHEL commissions 1st unit of Kishanganga hydro project in J&K
On March 19, 2018, government-owned Bharat Heavy Electricals Limited (BHEL) announced that it has commissioned the first unit of 110 MW of the Kishanganga hydro-electric project (HEP) of NHPC in Jammu and Kashmir (J&K).
Commissioning of Kishanganga hydro project’s 1st unit:
i. The 340 MW Kishanganga hydro project is located in Bandipora district of J&K on the river Kishanganga (a tributary of the Jhelum).
ii. Once the other two units will be commissioned, the project will generate 1350 million units (MU) of clean electricity every year.
iii. BHEL has been entrusted with the task of supplying components for setting up and executing this project.
iv. Bhel has so far commissioned 31 Hydro sets with a cumulative capacity of 1257 MW  in J&K.
Quick Facts about Bharat Heavy Electricals Limited (BHEL):
♦ Founded in – 1964
♦ Headquarters – New Delhi
♦ Current Chairman and MD – Atul Sobti 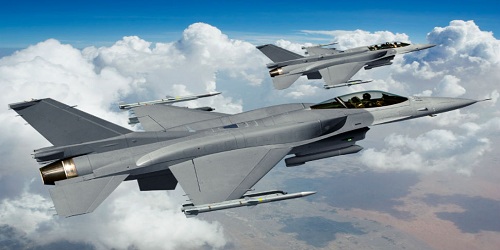 F-16 jet production unit will be set up in India:
i. Lockheed Martin is an American aerospace and defence giant. It said that, the F-16 jet production unit to be set up in India will be an exclusive one and will be in line with the ‘Make in India’ initiative.
ii. Lockheed Martin has assured to relocate its entire production line to India. It said that, the unit will not be a mere assembly line. It will be a better facility that has never been provided by any other fighter aircraft manufacturer earlier.
About Lockheed Martin:
♦ Chairman, President and CEO – Marillyn A. Hewson
♦ Executive Vice President and Chief Financial Officer – Bruce L. Tanner

China appoints Yi Gang as Governor of People’s Bank of China
Yi Gang, a US-educated economist has been named as next Governor of China’s central bank, the People’s Bank of China (PBOC).
About Yi Gang:
i. Yi Gang has been holding the post of deputy governor of PBOC since 2008
ii. Mr. Yi will succeed  Zhou Xiaochuan, who has been holding the post since 2002.
iii. Name of Mr. Yi for this post was approved by National People’s Congress, (China’s legislature) on March 19, 2018.
iv. After assuming charge, Mr. Yi’s main challenges would be to implement prudent monetary policy, push forward the reform and open-up China’s financial sector, and at the same time maintain the stability of economy.
Quick Facts about People’s Bank of China:
♦ Established in – 1948
♦ Headquarters – Beijing, China 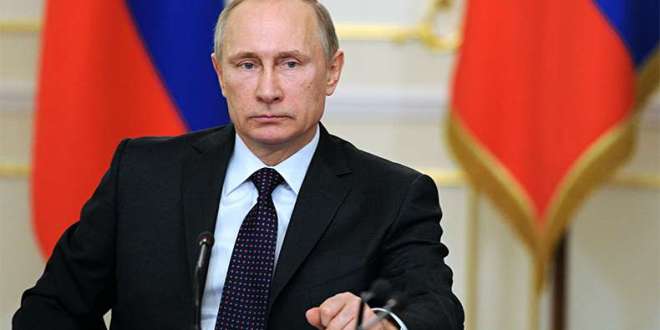 Vladimir Putin wins Russian Presidential Election:
i. Vladimir Putin’s fourth term as president will continue till 2024. He had obtained 76.6% of the total votes cast in the presidential election.
ii. His main rival Alexei Navalny was barred from the election. Vladimir Putin had been ruling Russia as either president or prime minister since 1999.
About Russia:
♦ Capital – Moscow
♦ Official language – Russian
♦ Currency – Russian ruble

Ravindra Rao named new CEO of Reliance Asset Reconstruction Company
On March 19, 2018, Reliance Asset Reconstruction Company (RARC) announced the appointment of Ravindra Rao as its new Chief Executive Officer.
About Ravindra Rao:
i. Ravindra Rao succeeds Asokan Arumugam, who is retiring after being at the helm at RARC since last four years.
ii. Ravindra Rao brings with him 22 years of experience in consumer lending spanning across risk management, compliance, distribution, operations and technology.
iii. Anil Ambani-led Reliance Capital is the principal sponsor of RARC.
iv. Corporation Bank, Indian Bank, GIC of India, Dacecroft and Blue Ridge are the other stakeholders in RARC. 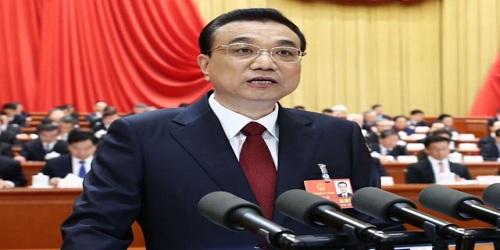 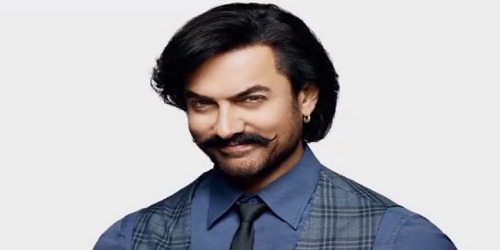 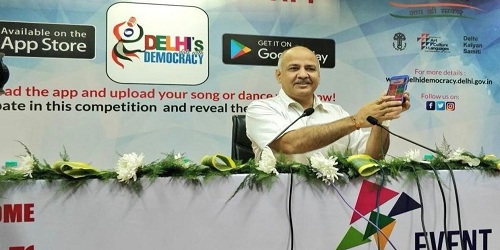 About ‘Delhi’s Date with Democracy’:
i. ‘Delhi’s Date with Democracy’ is an initiative of Delhi Government’s department of art, culture and languages.
ii. Sahitya Kala Parishad and Delhi Kalyan Samiti have collaborated with the Delhi Government for this initiative
iii. Firstly, the candidates would be selected online, through the application and then competitions would be held at various venues, from ward-level to the grand finale at the city level.
iv. There is no age limit to participate. Interested candidates can apply under two broad categories viz. singing (solo) and dancing (solo or group).
v. Winners of the grand finale would get a chance to sing and dance with famous singers and dancers. 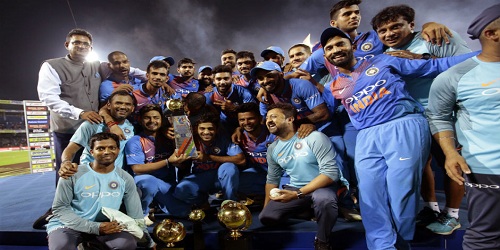