We are here for you to provide the important current affairs March 18 2018 which have unique updates of all daily events from all newspapers such as The Hindu, The Economic Times, PIB, Times of India, India Today, Indian Express, Business Standard, all Government official websites. Our complete current affairs helps you to get more marks in Banking, insurance, UPSC, SSC, CLAT, Railway and all other competitive Exams. 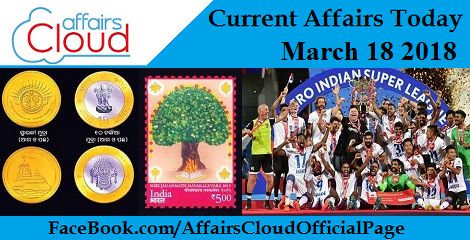 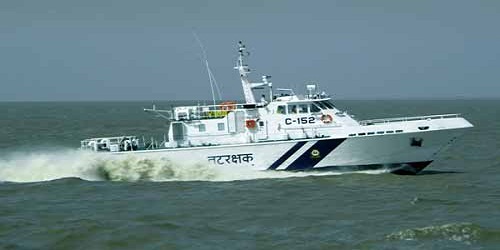 Details about Indian Coast Guard’s C-437 interceptor boat:
i. Indian Coast Guard’s C-437 interceptor boat is 27.80 metres long, has displacement of 106 tonnes and can attain a maximum speed of 45 knots.
ii. It is equipped with advanced navigational and communication gear and is capable of carrying out multifarious roles such as surveillance, search and rescue operation as well as rendering assistance to boats in distress at sea.
iii. C-437 will not only strengthen the security umbrella of the West coast but will also help augment patrolling to prevent illicit activities such as smuggling, infiltration and illegal fishing.
Quick Facts about Indian Coast Guard:
♦ Established in – 1978
♦ Headquarters – New Delhi
♦ Current Director General – Rajendra Singh

LS passed amendment to stonewall scrutiny of foreign poll funding
On March 14, 2018, Lok Sabha passed 21 amendments to the Finance Bill 2018 including an amendment to the Foreign Contribution (Regulation) Act, 2010.
More Information about amendment to the Foreign Contribution (Regulation) Act, 2010:
i. As per Representation of Peoples Act, political parties in India cannot accept foreign funds.
ii. As per Foreign Contribution (Regulation) Act (FCRA), 2010, which repealed and replaced FCRA 1976, any company  registered abroad or with subsidiaries abroad was defined as foreign firm.
iii. Through Finance Act, 2016, definition of foreign firm was changed and a firm with less than 50 per cent of share capital held by a foreign entity was no longer considered a foreign firm.
iv. Despite of this change, foreign funds received by a political party before FCRA 2010 was enacted, were open to scrutiny.
v. The retrospective amendment to FCRA 2010 through Finance Bill 2018  will do away with the scope for scrutiny of a political party’s funding since 1976 and will thus provide relief to Bharatiya Janata Party as well as Congress from 2014 Delhi High Court judgement that held both guilty of violating the FCRA. 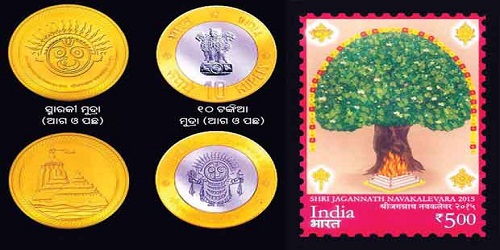 Commemorative coins on Nabakalebar festival:
i. Nabakalebara is a festival observed in the Shree Jagannath Temple at Puri, Odisha at a predefined time according to Hindu Calender. It is a symbolic recreation of the wooden forms of deities at Jagannath Temple, Puri. ‘Naba’ means new and ‘Kalebara’ is body.
ii. The commemorative coins were released during the centenary celebrations of Rashtriya Sanskrit Sansthan.
iii. Odisha Governor S C Jamir, Union Petroleum and Natural Gas Minister Dharmendra Pradhan, and Minister of Tribal Affairs, Jual Oram were also present at the occasion.

KUSUM scheme to install grid connected solar plants in rural India
On March 15, 2018, R.K. Singh, Union Minister of State (Independent Charge) Power and New & Renewable Energy informed Lok Sabha that Central Government is in the process of formulating a ‘Kisan Urja Suraksha evam Utthaan Mahabhiyan (KUSUM)’ scheme.
About ‘Kisan Urja Suraksha evam Utthaan Mahabhiyan (KUSUM)’:
i. KUSUM scheme envisages, installation of grid-connected solar power plants each of capacity up to 2 MW in the rural areas and installation of standalone off-grid solar water pumps to fulfill irrigation needs of farmers not connected to grid.
ii. It will also provide for solarization of existing grid-connected agriculture pumps to make farmers independent of grid supply.
iii. Under KUSUM, farmers will be able to sell surplus solar power generated to power distribution companies (DISCOMs) and get extra income.
iv. Besides, KUSUM is also aimed at solarization of tube-wells and lift irrigation projects of Government sector.
v. Details on funds to be allocated and mode of implementation will be decided at the time of approval of the Scheme. 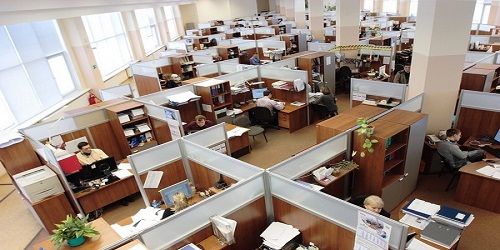 Overview of Monkey Business Coworking & Coplay Space:
i. Monkey Business, is ideal for young parents to work while their kids are engaged in productive activities at the onsite play area.
ii. Spread over 3000 sq ft, Monkey Business has thoughtfully designed play zone and includes a nap area, a feeding and diaper changing room.
iii. Monkey Business is managed by a group of working moms. Some of these moms have corporate world experience while others have been associated with education sector.

10 Most Expensive Cities in the World:

10 Cheapest Cities in the World:

Anti-dumping duty imposed on Ofloxacin import from China
India has imposed anti-dumping duty on import of Ofloxacin from China to protect domestic producers from below-cost shipments.
i. Ofloxacin is a pharmaceutical product, used in treatment of certain infections.
ii. Aarti Drugs, a pharmaceutical company had approached Directorate General of Anti-Dumping and Allied Duties (DGAD) for initiation of anti-dumping investigation and imposition of the duty on Ofloxacin exported to India from China.
iii. DGAD conducted a probe and concluded that Ofloxacin exported to India from China was indeed below its normal value and thus recommended to slap anti-dumping duty.
iv. Anti-dumpping duty on import of ‘Ofloxacin’ from China will be in the range of USD 2.58 to USD 9.48 per kg for three years.
Quick Facts about China:
♦ Capital – Beijing
♦ Currency – Renminbi
♦ Current President – Xi Jinping
♦ Important Rivers – Yangtze, Yellow River Ex-SEBI Chief U K Sinha appointed as Additional Non-Executive Independent Director of Vedanta
On 13th March 2018, Vedanta Limited said that, it has appointed U.K. Sinha as its additional non-executive independent director.
U K Sinha – Additional Non-Executive Independent Director of Vedanta:
i. U K Sinha’s appointment is for a fixed term starting from end of business hours on 13th March 2018 to 10th August 2021. He is the former Chairman of the Securities and Exchange Board of India (SEBI).
ii. He is an IAS officer of the Bihar cadre. He was Chairman and Managing Director (CMD) of the Unit Trust of India Asset Management Company (UTIAMC) also known as UTI Mutual Fund.
About Securities and Exchange Board of India (SEBI):
♦ Chairman – Ajay Tyagi
♦ Headquarters – Mumbai 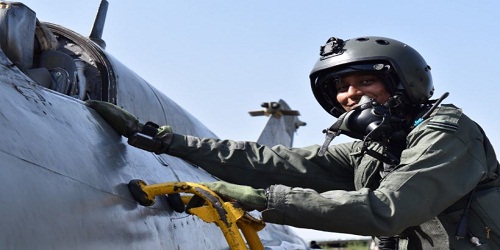 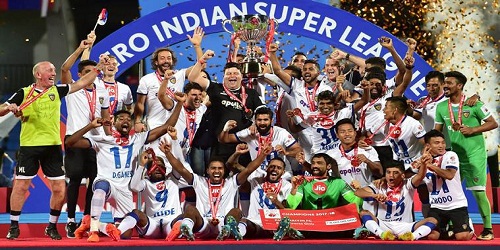 Kevin Pietersen announces retirement from all forms of Cricket
On 17th March 2018, former England batsman Kevin Pietersen announced his retirement from all forms of Cricket.
Retirement of Kevin Pietersen:
i. Kevin Pietersen is 37 years old. He was the captain of England cricket team in 2008-09 period.
ii. His international cricket career ended in 2014 when he was sacked by the England and Wales Cricket Board (ECB).
iii. He played 104 test matches for England. He also played 136 one-day internationals and 37 Twenty20 internationals.
iv.He played for Delhi Daredevils and Royal Challengers Bangalore teams in the Indian Premier League.
Some cricket stadiums in India:
♦ Mahabir Stadium – Hisar, Haryana
♦ Birsa Munda Athletics Stadium – Ranchi, Jharkhand
♦ Visvesvaraya Stadium – Mandya, Karnataka 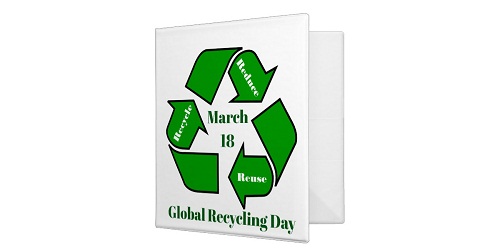 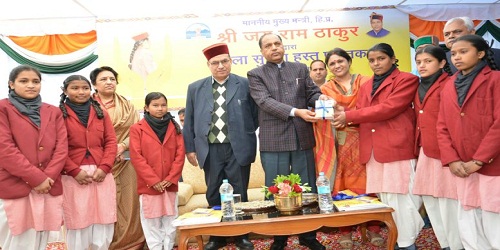 Mahila Suraksha:
i. The ‘Mahila Suraksha’ handbook has been brought out by the Shimla administration. It explains personal safety measures and safeguards related to crimes, and also about sexual harassment at workplace.
ii. It also has important telephone and helpline numbers. Jai Ram Thakur said that, the efforts of Shimla administration to bring out a handbook in Braille in both English and Hindi will help the visually challenged women.
Some National Parks in Himachal Pradesh:
♦ Great Himalayan National Park
♦ Inderkilla National Park
♦ Khirganga National Park