We are here for you to provide the important current affairs June 9 2018 which have unique updates of all daily events from all newspapers such as The Hindu, The Economic Times, PIB, Times of India, India Today, Indian Express, Business Standard, all Government official websites. Our complete current affairs helps you to get more marks in Banking, insurance, UPSC, SSC, CLAT, Railway and all other competitive Exams. Swachh Bharat Mission: Rural sanitation coverage crosses the 85% mark
On June 9, 2018, The mass movement of the largest behavior change programme Swachh Bharat Mission has crossed the 85% mark in achieving its goal.
Key points:
i. This is more than double the coverage from the launch of the mission
ii. Through mobilization of rural communities, 7.4 crore toilets have been built across rural India, and as an outcome, over 3.8 lakh villages and 391 districts have been declared Open Defecation Free (ODF).
iii. Independent Verification Agency surveyed across 90,000 households in over 6000 villages has found the usage of toilets in rural India to be 93.4% .
iv. Two independent surveys conducted in the past by the Quality Council of India in 2017, and National Sample Survey Organization in 2016, have pegged the usage of these toilets at 91% and 95% respectively.
About Swachh Bharat Mission:
It was launched in 2014 by the Modi Government to clean up street, roads and make cities and rural areas cleaner and to eradicate open defecation completely. The government aims to achieve these goals by 2nd October 2019 which will be commemorated as the 150th  anniversary of birth of Mahatma Gandhi. 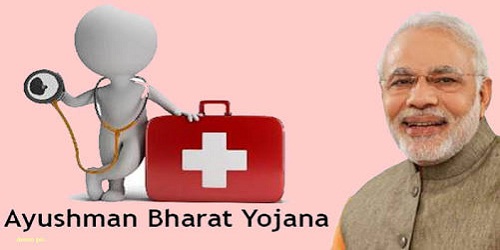 Key points:
i. Among the 8 states are Himachal Pradesh, Haryana, Jammu and Kashmir and Uttarakhand.
ii. Among the 4 UT Chandigarh is one of them.
iii. Delhi, Odisha, Punjab and West Bengal have not given any assent towards the adoption of the programme.
iv. Gujarat, Madhya Pradesh, Uttar Pradesh, Bihar, Andhra Pradesh, Kerala, Andaman and Nicobar Islands and Tamil Nadu will be signing the MOU .
v. Regional workshops are being planned across India to sign MoU with other states.
About Ayushman Bharat-National Health Protection Programme:
The scheme will provide coverage of Rs 5 lakh per family to 10 crore poor and vulnerable families annually. It will target poor rural families and identified occupational categories of urban workers’ families – 8.03 crore in rural and 2.33 crore in urban areas. The scheme is expected to commence from August 15 2018.

Government launches smoking cessation campaign
The Ministry of Health and Family Welfare, India, has launched a national media campaign to encourage smoking cessation, at a World Health Organisation event conducted recently.
Smoking cessation campaign:
i. The public service announcement (PSA) is titled ‘What Damage Will This Cigarette/Bidi Do’.
ii. It explains each cigarette or bidi as the path to many harmful events like heart attacks, cancer, lung disease, etc.
iii. The campaign highlights the theme of 2018 World No Tobacco Day (“tobacco and heart disease”).
iv. Vital Strategies offered technical support for this campaign. The campaign will be broadcast in 17 languages on all major national government and private TV and radio channels.
v. It will also be supported by social media campaign. According to The Tobacco Atlas, over 9 lakh Indians die due to tobacco-related diseases every year.
vi. As per research, taking strong tobacco control measures might avoid 25 % of cases of heart attack and stroke in India.
vii. Strong tobacco control will also help to reduce cancer in India. Around 45 % of cancers among men and 17 % in women and over 80 % of oral cancers are directly caused by tobacco usage.
About World Health Organization (WHO):
♦ Director-General – Tedros Adhanom
♦ Headquarters – Geneva, Switzerland 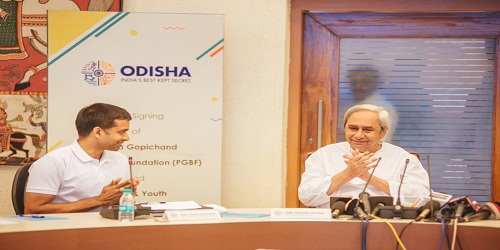 viii. The following portfolios have been allotted to the JD(S) ministers: 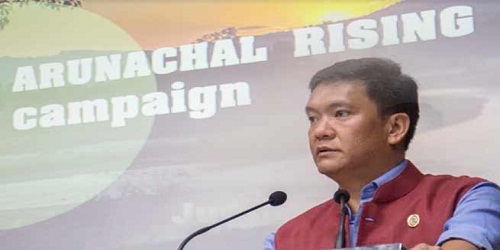 Arunachal Rising Campaign:
i. Arunachal Rising Campaign was launched to create awareness among people about the government initiatives, policies and programmes.
ii. This campaign is aimed to reach even the remotest part of Arunachal Pradesh. The campaign will spread information through various media like tools print, social media, audio- visual mode and other innovative techniques.
iii. It will highlight positive works of the government and involve feedback services covering all sections of people.
iv. A web portal www.arunachalmonitoring.com and mobile apps that has been developed by the department of Finance, Planning and Investment was launched.
v. This is for satellite based monitoring and geo-tagging of developmental projects in Arunachal Pradesh.
Some wildlife sanctuaries in Arunachal Pradesh:
♦ Kamlang Wildlife Sanctuary
♦ Eaglenest Wildlife Sanctuary
♦ Dibang Wildlife Sanctuary

Delhi govt approves 88 proposals under MLA LAD scheme till May 25
On June 9, 2018, The Urban development department of Delhi government has approved 88 proposals under MLA Local Area Development scheme
i. A total of 827 of them were proposed out of which 66 were rejected and 679 were considered.
ii. The department along with the agencies, including municipal bodies, irrigation and flood control department and the PWD would examine the proposals.
Delhi:
UNESCO World Heritage Site : Humayun’s Tomb , Qutb Minar, Red Fort. 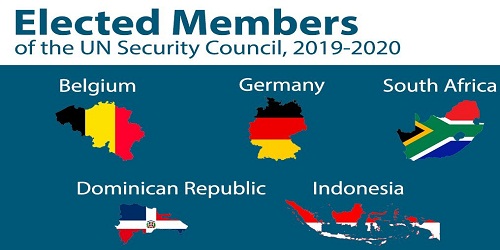 South Africa, Germany, Belgium elected non-permanent UNSC members:
i. On 8th June 2018, voting was conducted in the General Assembly comprising 193 members.
ii. The voting was to fill the seats that will be vacated by Bolivia, Ethiopia, Kazakhstan and Sweden in 2018.
iii. The five non-permanent members were elected following this pattern: Two seats were for the Group of African states and the Group of Asia-Pacific states, one seat for the Group of Latin American and Caribbean states, and two seats for Western European and other states.
iv. The Security Council has 15 members. It includes five permanent members namely China, France, Russia, the UK and the US.
v. The 10 non-permanent members are elected for 2 years term. Security Council is the most powerful UN body.
vi. It is responsible for finding out threats to respond to aggression.  It is also mandated to figure out peaceful ways to settle a conflict between states.
vii. It can also authorise the use of force to restore international peace and security. It also recommends to the General Assembly on the appointment of the UN Secretary General and new members to the UN.
About United Nations (UN):
♦ Secretary‑General – António Guterres
♦ Headquarters – New York City, United States

Syndicate, OBC, Bank of India raise rate by up to 0.15%
On June 9, 2018, Following RBI’s decision to raise the repo rate to 25 basis points, the following banks have raised their MCLR rates as well.
ORIENTAL BANK OF COMMERCE:
i. The bank has raised its MCLRs by 10 to 15 basis points for various tenors.

ii. The Bank has kept MCLR unchanged for other tenors.
iii. This would come into effect from June 10, 2018.
BANK OF INDIA:
i. The bank has raised its MCLRs by 10 basis points.

Yes Bank launches deposit scheme with an eye to raise Rs 1,000 crore
On June 5, 2018, Yes Bank has launched a first of a kind new deposit scheme to fetch Rs. 1000 crore from the scheme. It is the first of many green retail products to be launched by the bank 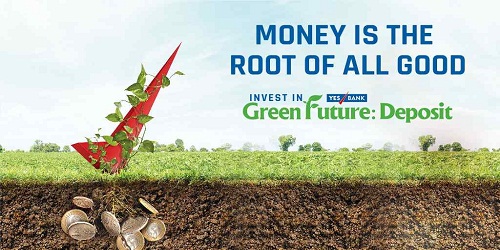 i. This scheme is called ‘Green Future : Deposit”.It is launched to support the ‘Green Good Deeds’ campaign that was recently launched by the Government of India.
ii. This would provide a peak interest of 7.5% and has a tenure of 18 months 8 days to 18 months 18 days.
iii. For senior citizens it would provide 8% interest .
iv. It has also launched a pilot project for recycled dry waste generated at facilities and has recycled close to 9.5 tonne of dry waste, resulting in 27.35 MT of carbon footprint reduction every quarter.
Yes Bank:
♦ MD & CEO: Mr. Rana Kapoor.
♦ Tagline: Experience our Expertise . ‘PV power plant’:
i. This power plant has been constructed on a 80 acre land. It costs Rs 105 crore. It will meet the captive consumption of the HVF and Engine Factory Avadi (EFA).
ii. The plant will inject power at 110kV to the Tamil Nadu Transmission Corporation Ltd’s 110 kV Sub-Station.
iii. It will contribute to an annual savings of Rs 45.41 million for HVF. It will provide green energy to the factory and promote GreenIndia initiative.
iv .Bharat Electronics Ltd (BEL), under the ‘Viability Gap Funding Scheme’, is setting up energy security for the Ordnance Factory Estates.
v. This is done by setting up utility scale grid-connected solar power plants.
vi. It will also help in reduction of sulphur di-oxide, nitrogen di-oxide and particulate matter emissions and improve air quality.
vii. The carbondioxide avoided due to the solar power plant will be nearly 26,384 ton per year.
About Bharat Electronics Ltd (BEL):
♦ Chairman & Managing Director – M V Gowtama
♦ Corporate Office – Bangalore 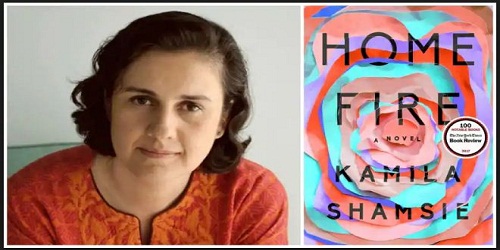 Women’s Prize for Fiction 2018:
i. Kamila Shamsie is a British Pakistani author. The book speaks about how loyalties are torn apart when love and politics collide.
ii. This annual British award was founded in 1996. It honours the excellence, originality and accessibility in works by women writers all over the world.
iii. Kamila Shamsie is a fellow of the London-based Royal Society of Literature. She was named a Granta Best of Young British Novelist in 2013. She was brought up in Karachi. She now lives in London.
Some important international airports in India:
♦ Visakhapatnam International Airport – Visakhapatnam, Andhra Pradesh
♦ Sardar Vallabhbhai Patel International Airport – Ahmedabad, Gujarat
♦ Devi Ahilyabai Holkar International Airport – Indore, Madhya Pradesh i. Mr.Khan’s appointment will be for a period of 3 years with effect from June 5, 2018 or till the expiry of his term as an independent director whi chever is earlier.
ii. Khan will be the independent director of the bank at a remuneration of Rs 24 lakh per annum subject to RBI and other approvals.
iii. Khan retired as the deputy governor of RBI in July 2016 after nearly 38 years of service.
iv. The Bank also appointed Pravir Kumar Vohra as an Additional Director (Category being Independent, Non – Executive) of the Bank for a period of three years with effect from June 5, 2018.

Tariq Premji joins board of Wipro Enterprises the non-IT business arm of Wipro
On June 9, 2018, The younger son of Wipro’s chairman Ajim Premji ,Mr . Tariq Premji has been appointed to the board of Wipro Enterprises , the non-IT business arm.
i. The appointment to Wipro Enterprises board is effective from June 1,2018.
ii. Wipro Enterprises, which runs a strong consumer care and lighting business with operations in India, Southeast Asia and West Asia, owns brands such as Santoor, Chandrika and Yardley .
iii. Its infrastructure engineering business builds hydraulics equipment for construction and earthmoving companies like aerospace sub-systems for plane makers like Airbus and Boeing.
iv. It is a $1.23 billion privately held firm.The firm made a profit of Rs 950 crore on revenue of Rs 8,248 crore in fiscal 2017 .

Senior Cong leader L P Shahi dies at 98
On June 9, 2018, Senior congress Leader Mr. L P Shahi dies at 98 in All India Institute of Medical Sciences in New Delhi.
i. He was a freedom fighter and a former CWC member.
ii. He was first elected to the Bihar Legislative Assembly in 1980 and became an MP from Muzaffarpur in Bihar in 1984. 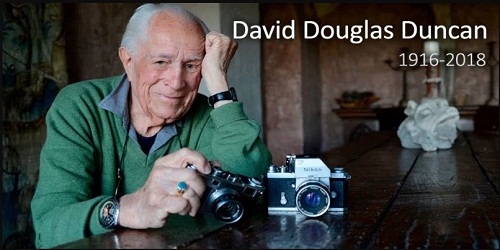 Death of David Douglas Duncan:
i. David Douglas Duncan was 102 years old. He became a combat photographer during World War II.
ii. His major was during the Korean War. He released those photos as a book named This is War!. He donated the earnings from that to widows and orphans of soldiers.
iii. He also published his photos taken during Vietnam War as two books namely, Protest and War Without heroes. 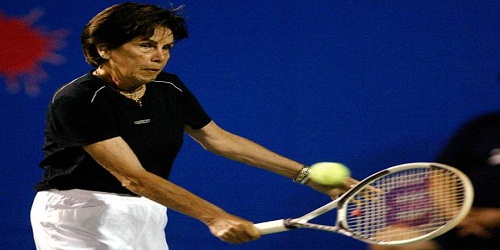 Death of Maria Bueno:
i. Maria Bueno was 78 years old. She was considered the Brazilian “queen” of tennis.
ii. She had won three Wimbledon and four US championship singles titles. She was called by the nickname the “Sao Paulo Swallow”.