We are here for you to provide the important current affairs June 6 2018 which have unique updates of all daily events from all newspapers such as The Hindu, The Economic Times, PIB, Times of India, India Today, Indian Express, Business Standard, all Government official websites. Our complete current affairs helps you to get more marks in Banking, insurance, UPSC, SSC, CLAT, Railway and all other competitive Exams. 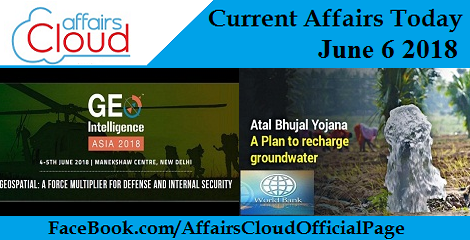 Railways introduces bagasse-based food packaging on premium trains
On 6th June 2018, the Indian Railway Catering and Tourism Corporation (IRCTC) introduced the trial run of environment friendly bagasse-based food packaging on 8 premium trains like Shatabdis and Rajdhanis originating from New Delhi.
Bagasse-based food packaging on premium trains:
i. This move has been done as a part of Indian Railways’ initiative to go green. It also aims to boost India’s sugarcane industry.
ii. Bagasse is the fibrous remains obtained after extracting sugarcane juice. It is utilised to make disposable cutlery and containers to serve meals.
iii. Provision will be made to collect the used packaging. Then it will be processed and disposed by composting to promote environmental sustainability.
Some important international airports in India:
♦ Kempegowda International Airport – Bengaluru, Karnataka
♦ Mangalore International Airport – Mangalore, Karnataka
♦ Cochin International Airport – Kochi, Kerala Continuous Medical Education (CME):
i. The Continuous Medical Education (CME) web portal was developed by Maharashtra state government and the Maharashtra Medical Council (MMC).
ii. All registered medical practitioners and doctors use this web portal. Doctors in rural areas can us e this service on mobile or computers.
iii. They can also attend the workshop of CME. Using this facility medical practitioners can obtain online information and suggestions regarding accurate treatment of patients suffering from various ailments.
Some national parks in Maharashtra:
♦ Sanjay Gandhi National Park
♦ Gugamal National Park

Baba Kalyani heads group to study SEZ Policy
The Indian government has formed a group to study the Special Economic Zones (SEZ) Policy of India, headed by Baba Kalyani.
Baba Kalyani heads group to study SEZ Policy:
i. The SEZ Policy was implemented from 1st April 2000. The Special Economic Zones Act, 2005 was passed by Parliament in May, 2005.
ii. It received Presidential assent on 23rd June 2005 and the Special Economic Zone Act was enacted. The SEZ Act 2005, supported by SEZ Rules, was brought into act on 10th February 2006.
iii. The group that has been formed will evaluate the SEZ policy. It will suggest measures to cater to the needs of exporters according to the current economic condition.
iii. It will also make the SEZ policy WTO compatible, suggest course correction in SEZ policy, make comparative analysis of the SEZ scheme and club the SEZ policy with similar schemes. The Group will submit its recommendation in 3 months.
About World Trade Organization (WTO):
♦ Director-General – Roberto Azevêdo
♦ Headquarters – Geneva, Switzerland 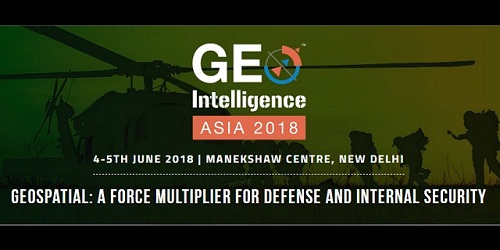 Objective:
To examine the latest technology solutions and on the critical role of geospatial technology in military and security applications.
Key points:
i. The theme of this year’s event : ‘GeoSpatial : A Force Multiplier for Defence and Industrial Security’.
ii. Gen Bipin Rawat, Chief of the Army Staff stressed on the use of various technologies available in the Geo Spatial field to automate the Indian Army find solutions for the challenges faced by the Indian Army.
iii. The session covered subjects like Enhanced Situational Awareness for Combat, Smart Cantonments, GIS and Logistics, Cyber Security and LIDAR . Key points:
i. This insurance scheme will come in effect from the Kharif season of 2018.
ii. The name of the scheme is : ‘Bihar State Crop Assistance scheme’.
iii. Under this scheme the farmers would get a compensation of Rs7500 per hectare if less than 20% of the crop is damaged .
iv. And if more than 20% of crop is damaged , Rs.10000 would per hectare would be given as compensation.

Polythene to be completely prohibited from 31st July in Uttarakhand to support Centre’s ‘Beat Palstic Pollution’
On June 5, 2018, The government of Uttarakhand announced that it would ban use of polythene bags fom July 31st 2018.
Key points:
i. This is inspired by Governments campaign against plastic use ‘Beat Plastic Pollution’ that was launched ahead of World Environment Day.
ii. A week before the ban the state will conduct a massive mass awareness campaign on environmental damage caused due to plastic use
iii. Along with Uttarakhand, Tamil Nadu, Nagaland, Maharashtra, Jharkhand also declared the ban.
iv. Tamil Nadu’s ban will be in full effect from January 2019, Jharkhand’s ban will be from June 5 2019 and Nagaland’s decision would be in effect from December 2019.

UP govt decides to set up one police station in each district to check power theft & minimize power loss in state
On June 6, 2018, Uttar Pradesh government to set up police station in every district .
Objective :
To minimize power theft and power loss.
Key points:
i. 33 enforcements units are working to check power theft.
ii. The state government announced that only 15% of power loss would be compensated.
iii. 55 more enforcement units have been approved.
iv. State cabinet has also decided to declare Nagar Palika Vrindavan and Nagar Panchayats Barsana, Gokul, Govardhan, Nandgaon, Radhakund and Baldev as no liquor areas. This places are under Mathura District .
v. The state government has also approved a Solid Waste Management policy, Animal Breeding Policy 2018 and Milk Policy 2018. Milk policy 2018 will come into effect for a period of 5 years.

Key points :
i. The name of the bill is : ‘Bijli Bill Mafi Yojana 2018 (Power Bill Waiver Scheme)’
ii. This would benefit 77 lakh people.
iii. Labourers falling under the unorganized sector would be given electricity at a subsidized rate.
iv. Another Yojana called : ‘Mukhyamantri Jan Kalyan (Sambal) Yojana 2018’.
v. Under this scheme , the BPL families would be given power supply at a rate of Rs.200 per month.
vi. Power connection would be provided free of cost and would benefit 88 lakh families.
vii.Eligibility for the schemes would be that the beneficiaries consuming power below 1000 watts and   could operate a fan , a television and bulbs. It would waiver the outstanding bill as on June 1,2018.
viii. The scheme would come into effect from July 1 2018 and would cost Rs.1000 crore to the state exchequer.
♦ Chief Minister of Madhya Pradesh :  Mr. Shivraj Singh Chouhan.

Closing ceremony of India–Indonesia Coordinated Patrol (IND-INDO CORPAT)
On 6th to 9th June 2018, the closing ceremony of the 31st edition of the India – Indonesia Coordinated Patrol (IND-INDO CORPAT) is held in Belawan, Indonesia.
India–Indonesia Coordinated Patrol (IND-INDO CORPAT):
i. INS Kulish, a Kora class Missile Corvette commanded by Commander Deepak Bali and one Dornier Maritime Patrol Aircraft of the Andaman and Nicobar Command reached Belawan on 6th June 2018 for the closing ceremony.
ii. The opening ceremony of IND-INDO CORPAT was held on 24th and 25th May 2018 at Port Blair. The co-ordinated patrol (CORPAT) was held from 26th May to 2nd June 2018.
iii. The visit of the Indian Naval Ship indicates India’s peaceful presence and solidarity with friendly countries. This is expected to improve India – Indonesia ties.
iv. During the stay in harbour, activities like official calls, formal reception on board ship, sporting fixture, ship open to visitors and professional interaction between naval personnel of both the countries have been planned.
v. The delegation is led by senior officer from Indian Navy, Commodore Ashutosh Ridhorkar, Naval Component Commander, Andaman and Nicobar Command embarked onboard INS Kulish.
About Indian Navy:
♦ Chief of the Naval Staff (CNS) – Admiral Sunil Lanba
♦ Headquarters – New Delhi

RBI releases Second Bi-monthly Monetary Policy Statement 2018-19
On June 6,The Reserve Bank of India (RBI) released its Second Bi-monthly Monetary Policy Statement 2018-19. After assessing the current and evolving macroeconomic situation in the economy, the six members Monetary Policy Committee (MPC) headed by RBI governor Urjit Patel decided to:
• Increase the policy Repo Rate under the Liquidity Adjustment Facility (LAF) by 25 basis points to 6.25 percent.
• The Reverse Repo Rate under the LAF stands adjusted to 6.0 percent.
• The Marginal Standing Facility (MSF) rate and the Bank Rate stand at 6.5 percent.
The decision of the MPC was consistent with the monetary policy in consonance with the objective of achieving the medium-term target for Consumer Price Index (CPI) inflation of 4 percent within a band of +/- 2 per cent.
The committee revised the retail inflation estimate to 4.8-4.9 percent for the first half of 2018-19 and 4.7 percent in the second half.

GDP Prediction:
The RBI retained GDP growth for 2018-19 at 7.4 percent, the same as that of the First Bi-monthly Monetary Policy Statement in April. Growth is projected in the range of 7.5-7.6 percent in April-September and 7.3-7.4 percent in October-March.
Highlights: 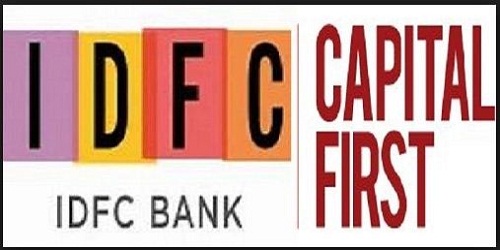 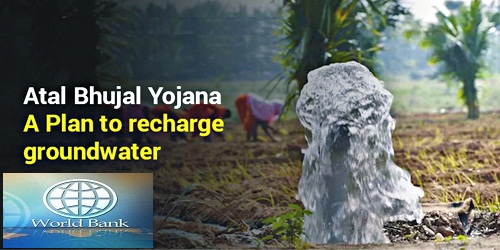 Key points:
i. The Atal Bhujal Yojana is under the Ministry of Water Resources , River Development and Ganga Rejuvination .
ii. This scheme would be implemented from 2018-19 to 2022-23 for a period of 5 years.
iii. This scheme has been recommended by the Expenditure Finance Committee.
About Atal Bhujal Yojana :
i. This scheme aims to improve ground water management through community participation.
ii. Under this scheme , priority is given to areas with critically low ground water level .
iii. The priority areas are : Gujarat, Haryana, Karnataka, Madhya Pradesh, Maharashtra, Rajasthan and Uttar Pradesh .
iv. They cover 25% over exploited and critical ground water level and have two major types of ground water systems : Alluvial and Hard rock aquifers .
v. This would benefit nearly 8350 Gram Panchayats in 78 districts in these states.
vi. Active participation of the communities in various activities such as formation of Water User Associations, monitoring and disseminating ground water data, water budgeting, preparation and implementation of Gram-Panchayat wise water security plans and IEC activities related to sustainable ground water management.

Corporate India announces M&A deals worth USD 25 bn in May: Grant Thorton
On June 6, 2018, According to assurance , tax and advisory firm Grant Thorton’s report corporate India has made Merger and Acquisition (M & A) deals worth $25 billion in May 2018.
Key points:
i. There were 46 transactions worth $25,656 million in May 2018 compared to previous year’s 35 transactions worth $897 million .
ii. This boost is mainly credited to the M&A deal of Flipkart and Walmart (US) worth $16 billion.
iii. It alone contributed to 62% of the total worth of M&A in May.
iv .Following the surge in May, the total worth of M&A deals for the first 5 months stand to $63,328 million or about $63 billion for a total of 204 transactions.
v. Manufacturing, banking and financial services, e-commerce, IT and ITeS and healthcare sector will be the focus sectors for M&A transactions.
vi.The period between January and May registered 10 deals in the billion-dollar category and 24 deals valued $100 million or above each.
vii.The start-up sector led the deal volumes, capturing a 17 per cent share, garnering $36 million.
viii. The manufacturing sector witnessed three billion-dollar transactions, while the transport and energy sectors inked deals worth over $100 million. 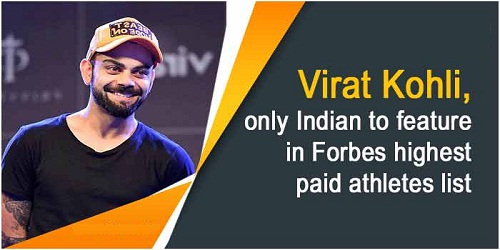 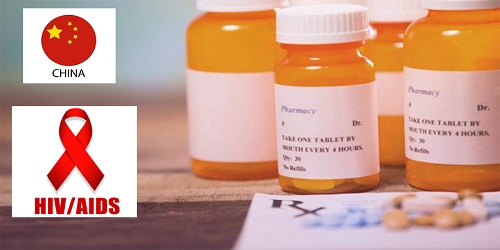 Albuvirtide:
i. Albuvirtide has been approved by the China Food and Drug Administration. It can block the fusion of the virus and host cell membranes, blocking the HIV life cycle in the earliest stage.
ii. Albuvirtide is injected once a week. Albuvirtide has lesser side effects, mainly on the liver, compared to imported anti-HIV drugs.
iii. Albuvirtide is a fusion inhibitor. It should be used with antiretroviral drugs to treat people with HIV infection who have received antiviral therapy. Albuvirtide will reduce treatment costs for HIV-infected patients. 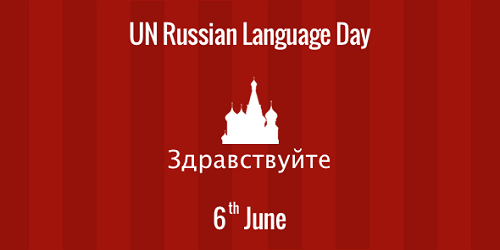 Russian Language day:
i. The Russian Language day is observed every year on 6th June. In 2010, this day was established by the United Nations Educational, Scientific and Cultural Organization (UNESCO).
ii. In 2010, the United Nations established language days for all its six official languages: Arabic, Chinese, English, French, Russian, and Spanish.
iii. The UN Russian Language Day coincides with the birthday of Aleksandr Pushkin, a Russian poet, who is called the father of modern Russian literature. This day focuses on cultural events, readings, plays and music