We are here for you to provide the important current affairs June 5 2018 which have unique updates of all daily events from all newspapers such as The Hindu, The Economic Times, PIB, Times of India, India Today, Indian Express, Business Standard, all Government official websites. Our complete current affairs helps you to get more marks in Banking, insurance, UPSC, SSC, CLAT, Railway and all other competitive Exams. 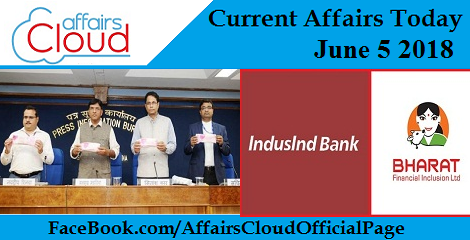 JANAUSHADHI SUVIDHA:
i. The affordable sanitary napkins will be made available at more than 3600 Janaushadhi Kendras in 33 States/UTs in India.
ii. He said that the average price of sanitary napkins in the market is nearly Rs. 8 per pad. The SUVIDHA napkins are offered at Rs. 2.50 per pad.
iii. As per the National Family Health Survey 2015-16, nearly 58 percent of women aged between 15 to 24 years use locally prepared napkins, sanitary napkins and tampons.
Some important temples in India:
♦ Vaishno Devi Temple – Katra, Jammu & Kashmir
♦ Golden Temple – Amritsar, Punjab
♦ Tirupati Balaji (Tirumala Venkateswara Temple) – Chittor, Andhra Pradesh Ministries of MSME and Ayush Sign MoU for the Development of Ayush Enterprises:
i. The objective of this tie up is to develop India as a world leader in “Holistic Healthcare”.
ii. AYUSH industry includes Ayurveda, Unani, Siddha and Homoeopathy drug manufacturing units etc.
iii. The domestic market for AYUSH sector has increased in the past years. It has also received recognition worldwide.
iv. The export of AYUSH products like food supplements, nutraceuticals and herbal extracts has increased.
v. The Ministries of MSME and AYUSH have partnered to develop enterprises in this sector. Both Ministries will organize regional workshops for entrepreneurship development in AYUSH sector.
vi. Ministry of MSME will launch new schemes for AYUSH industries to receive the benefits of SIDBI (Small Industries Development Bank of India).
Nick names of some Indian cities:
♦ Kanpur (Uttar Pradesh) – Leather City, Manchester of the East
♦ Meerut (Uttar Pradesh) – Sports Capital of india, Scissor City
♦ Lucknow (Uttar Pradesh) – City of Nawabs, City of Marbels, City of Elephants

DoNER Minister Dr Jitendra Singh considers ‘Make in Northeast’ initiative
On June 5, 2018, Inspired by the ‘Make in India’ initiative of the central government , the Union Minister of State (Independent Charge) of the Ministry of Development of North Eastern Region (DoNER), MoS PMO, Personnel, Public Grievances & Pensions, Atomic Energy and Space, DrJitendra Singh​ mooted the initiative named : ‘Make in Northeast’ .
Objective:
To Identify the products of the northeastern states and give them the opportunity to collaborate with stakeholders .
Key points:
i. Each of the 8 states can be given recognition with its own identity for eg. : Sikkim can be referred to as the “Organic State of India” ,Mizoram as the “Bamboo State of India“, Manipur as the “Textiles State of India”.
ii. There has been progress in providing the connectivity and transport infrastructure in the region.And trade from different state and countries are approaching towards this part of the nation.
iii. This would generate employment , trade and revenue and would reinforce the government’s “Act Easy Policy“ .
iv. Introduction of “Public-Private-Participation” should also be encouraged.
About Act Easy Policy:
India’s Act Easy Policy is aimed at building economic, political and strategic partnership with its eastern and south Asian nations namely: Indonesia, Vietnam, Malaysia, Japan, Republic of Korea (ROK), Australia, Singapore and Association of Southeast Asian Nations (ASEAN).
North eastern states have proven to be the priority for this scheme. Connectivity of Northeast with the ASEAN region through trade, culture, people-to-people contacts and physical infrastructure (road, airport, telecommunication, power, etc.)have increased. Some of the major projects include Kaladan Multi-modal Transit Transport Project, the India-Myanmar-Thailand Trilateral Highway Project, Rhi-Tiddim Road Project,Border Haats, etc. 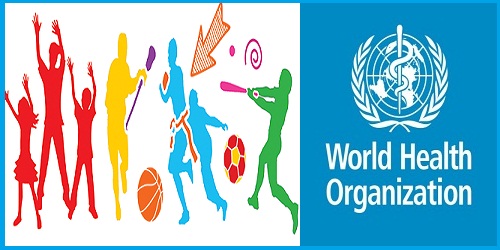 WHO launches global action plan on physical activity:
i. The action plan explains how countries can reduce physical inactivity in adults and adolescents by 15% by 2030.
ii. It specifies a set of 20 policy areas aimed to develop more active societies by improving the environments and opportunities for people of all ages and abilities to do more walking, cycling, sport, active recreation, dance and play.
iii. It also invites support like training of health care workers and other professionals, stronger data systems, and usage of digital technologies.
iv. In order to support national efforts to implement the plan, WHO is launching an advocacy campaign to promote physical activity, Let’s Be Active: Everyone, Everywhere, Everyday.
v. This initiative focuses on encouraging governments and city authorities to make it easier for people to be more physically active, and healthier.
Some important dams in India:
♦ Idukki Dam – Periyar River
♦ Bhakra Dam – Satluj River
♦ Pakal Dul Dam – Marusudar River i. Saudi Arabia the only country where women are not allowed to drive.
ii. The ban ends on June 24 2018.
Crown Prince of Saudi Arabia :Mohammed Bin Salman.

Citi Bank first bank to enroll as Payment Initiation Service Provider Under UK’s Open Banking regime.
On June 3, 2018, Citi Bank becomes the first corporate bank to make use of UK’sOpen Banking regime .
Key points:
i. According to the open banking regime the European Banks are required to share customer data with third party banks upon the customers’ approval.
ii. Citi Bank is the first to enroll as “Payment Initiation Service Provider”.
iii. This would enable it to receive small payments directly from UK’s customer bank accounts without debit or credit cards.
iv. This initiative will be less time consuming and cheaper compared to other alternatives like PayPal etc.
Citi Bank:
♦ Headquarters: New York, US.

ICAI, SAICA sign pact to facilitate professionals movement
On 4th June 2018, The Institute of Chartered Accountants of India (ICAI) and South African Institute of Chartered Accountants (SAICA) have signed an agreement to set up a framework for recognizing members easier and encourage mobility of professionals between both countries, at the SAICA head office in Johannesburg.
ICAI, SAICA sign pact to facilitate professionals movement:
i. This agreement will help in mutual recognition of each other’s qualification and admit members by a bridging mechanism between India and South Africa.
ii. As per the agreement, an ICAI member is exempted from appearing in Part I or initial test of competency and practical training requirements of SAICA.
iii. Also, he/she can become a member of SAICA on completing the assessment of professional competence (APC) examination.
iv. Also, if an individual ICAI applicant, in good standing, fulfils the competency requirements of SAICA competency framework, membership of SAICA may be given without the completion of the APC examination.
About Institute of Chartered Accountants of India (ICAI):
♦ President – Naveen N D Gupta
♦ Purpose – regulating the profession of Chartered Accountancy in India

HUL to merge foods and refreshments division
Hindustan Unilever has decided to merge its foods and refreshments business into one division with effect from July 2018.
HUL to merge foods and refreshments division:
i. Geetu Verma, existing executive director for foods will be shifted to Rotterdam as global vice-president of nutrition and naturals platform in Unilever.
ii. Sudhir Sitapati, current executive director, refreshments will head the combined segment.
iii. HUL has said that, this merger will help HUL to improve organisational agility and better serve local consumers with the advantage of global scale.
About Hindustan Unilever Limited:
♦ CEO & Managing Director – Mr Sanjiv Mehta
♦ India’s largest Fast Moving Consumer Goods company Veteran Producer Pippa Harris named BAFTA chairperson, replaces Jane Lush.
On June 5, 2018, Producer Pippa Harris has been selected as the Chairman of the BritishAcademy of Film and Television Arts (BAFTA ).
Key points:
i. She will be replacing Jane Lush.
ii. Her tenure is for 2 years.
iii. Earlier she was the deputy chair.
iv. Harris has served as the head of dramacommissioning for the BBC where her commissions included “The Lost Prince”, “State of Play” and “Daniel Deronda”. Former oil secretary Vivek Rae resigns from Independent Director position of  IOC board
On June 5, 2018, the 1978 batch IAS officer and former oil secretary Mr. Vivek Rae resigns from his post of Independent Director of Indian Oil Corporation (IOC).
Key points:
i. His appointment was made by Appointments Committee of the Cabinet (ACC) on September 22 2017 for the post of Independent Director  for tenure of 3 years.
ii. He was formerly the secretary to Ministry of Petroleum and Natural Gas from January 2013 to February 2014.
iii. He also served as a full time member of the 7th pay commission from February 2014 to November 2015. 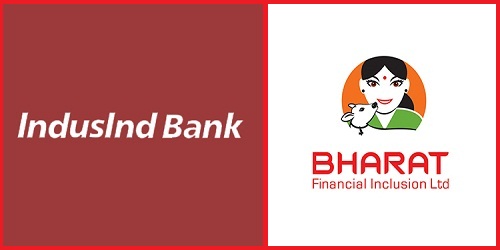 Key points:
i. Bharat Financial (earlier known as SKS Microfinance ) has got the nod from multiple stock exchanges like NSE and BSE after SEBI’s approval.
ii. This merger was proposed and drafted by the board of directors of both the companies on October 2017.
iii. IndusInd Bank would acquire BFIL through all stock deal.
iv. BFIL caters to the weaker section of society and has is present across 16 states covering 1 lakh villages.