We are here for you to provide the important current affairs june 27 2017 which have unique updates of all daily events from all newspapers such as The Hindu, The Economic Times, PIB, Times of India, India Today, Indian Express, Business Standard, all Government official websites. Our complete current affairs helps you to get more marks in Banking, insurance, UPSC, SSC, CLAT, Railway and all other competitive Exams. 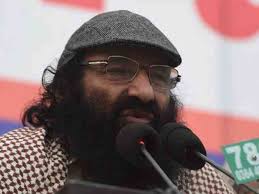 ii. President Donald Trump has signaled the new administration’s commitment engraved Pak-sponsored terror.
iii. Both India and the US are facing threats from terrorism across the globe.
iv. Salahuddin joins the likes Lashkar chief Hafiz Mohammed Saeed and Dawood Ibrahim in the list.
v. Department of State has designated Mohammad Yusuf Shah, also known as (AKA) Syed Salahuddin as a Specially Designated Global Terrorist (SDGT) under Section 1(b) of Executive Order (E.O.).
vi. The US public and the international community that Mohammad Yusuf Shah, AKA Syed Salahuddin, has committed a significant risk of committing, acts of terrorism.

US to declare China among Worst Human Trafficking Offenders
According to the annual Trafficking in Persons Report the United States has declared China as one among the world’s worst offenders on human trafficking .The report will be presented by the Secretary of State Rex Tillerson to the US Congress.
Key Points:
i. The declaration would place China in the same category as North Korea, Zimbabwe and Syria.
ii. The US is seeking China’s cooperation in combatting North Korea’s nuclear and missile threats.
iii. In this year’s report, China has been downgraded to the lowest classification as it had not increased its anti-trafficking efforts from the previous year.
iv. China will be placed in “Tier 3,” which will be the ranking system’s lowest category.
v. Countries listed in this tier are those who have failed to meet minimum standards to prevent human trafficking.
vi. Countries like Sudan, Iran and Haiti have recently been on that list.
vii. In the previous year’s report, the US had placed China on its “watch list.”
viii. Countries which are placed in the watch list are those who are not meeting minimum standards.
ix. Officials of the Tier-3 countries are also liable to be barred from participating in US government educational and cultural exchange programs.
x. Countries placed on Tier 3 are liable to be penalised with sanctions. It will include the withholding of non-humanitarian aid and assistance that could affect agreements with the International Monetary Fund and World Bank.
About China
♦ Capital: Beijing
♦ Currency :Renminbi
♦ President: Xi Jinping

Group insurance cover for Amarnath pilgrims raised to Rs 3 lakh
The Shri Amarnathji Shrine Board (SASB) has announced to enhance the group insurance cover for the pilgrims and service providers from existing Rs 1 lakh to Rs 3 lakh.
Key Points:
i. SASB manages the annual yatra to the 3,880-metre high holy cave shrine of Amarnath in south Kashmir, Himalayas.
ii. Jammu and Kashmir Governor N NVohra is the chairman of SASB.
iii. He has announced the enhanced group insurance while interacting with ‘ponywalas’ and 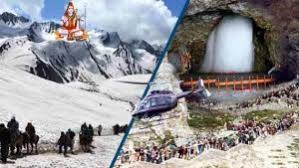 ‘pithoowalas’ (pony owners and porters) during a visit to various camps en route the holy cave shrine.
iv. He further directed that rates of porters, ponies, ‘pithoos’ should be prominently displayed for the information of pilgrims.
v. The representatives of Army, J&K Police, CRPF, BSF, NDRF, SDRF, the leader of the mountain rescue team and camp directors regarding the arrangements being made on and along the track from Upper Sangam- Lower Holy Cave- Holy Cave for the smooth conduct of the Yatra.
vi. Yatra has been scheduled to begin from 29th of June.
vii. Proper sanitation arrangements should be ensured and deep garbage pits should be dug to ensure the proper disposal of bio-degradable waste.
viii. The supply of power, water, proper installation of baths and toilets and treatment of their flows, dissemination of information through the installation of PA System, maintenance of proper fire gaps, availability of firefighting equipment, etc also be there.

Google fined 2.42 billion euros by European Commission
The European Union has imposed a fine of 2.42 billion-euro ($2.72 billion) on internet giant Google on 27th of June 2017.
Key Notes:
i. The fine has been imposed for taking advantage of its dominance in online searches to direct customers to its own online shopping business.
ii. Under EU antitrust rules Google has done is illegal it denied other companies the chance to compete on the merits and to innovate.
iii. European regulators gave the company 90 days to stop or face more fines of up to 5% of the average daily worldwide revenue of parent company Alphabet.
iv. Google gave prominent placement in its search results only to its own comparison shopping service, whilst demoting rival services. 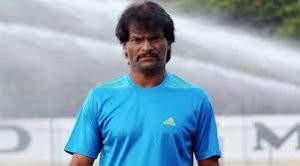 Key Points:
i. It has been given to Dhanraj Pillay at its foundation day ceremony on 1st of August, 2017
ii. The East Bengal club has chosen former India footballers — Syed Nayeemuddin and Subhas Bhowmick — for the Lifetime Achievement Awards at the function.
iii. Indian hockey’s biggest stars Pillay has the distinction of representing India at four Olympics, World Cups, Champions Trophy and Asian Games in his career spanning over 15 years.
iv. One of modern day He made 339 appearances for the national team and scored 170 goals.

Mihai Tudose named as prime-minister designate in Romania
Romania has announced Mihai Tudose as prime minister on 26th of June 2017.
Key Points:
i. Tudose has replaced Sorin Grindeanu whom they ousted last week in an internal party rift over anti-corruption policy.
ii. PSD filed a no-confidence motion against ex-Prime Minister Sorin Grindeanu for causing delays in implementing reforms.
iii. Grindeanu has been ousted from power barely six months after PSD swept back to victory in elections. 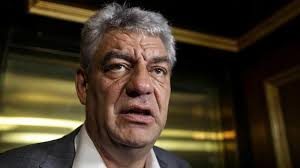 Apple acquires SMI eye-tracking company
A report from MacRumors provides that Apple has acquired SMI, also known as Senso Motoric Instruments. SMI is a company specialized in eye-tracking technology.
Key Notes:
i .SMI is a German-based company specialized in eye-tracking founded in 1991.
ii. The company has in recent years turned its expertise toward AR and VR, where eye-tracking data can be used for a wide range of useful things from foveated rendering to avatar eye-mapping.
iii. The company has demonstrated its eye-tracking solution in the HTC Vive, Oculus Rift, Gear VR, and other head-mounted displays.
iv. SMI has also offered eye-trackers for desktop applications as well as measurement-only head-worn devices for data collection and analysis.
v. Apple plans to integrate eye-tracking technology into its computers or smartphone.
vi. An eye-tracking use-case which has seen little to no consumer adoption, the operative use of the company’s tech seems to be aimed at AR or VR.
vii. Apple is planning to develop its own AR headset, a new augmented reality toolset for building AR apps on iOS devices.

Russian Navy test-fires submarine-launched missile
The Russian military has successfully test-fired a submarine-launched intercontinental ballistic missile.
Key Points:
i. The Yuri Dolgoruky nuclear-powered submarine has launched the Bulava missile on 26th 2017.
ii. It has launched from a submerged position in the Barents Sea.
iii. The Yuri Dolgoruky is the first in a series of Borei-class submarines carrying the Bulava.
iv. The Bulava, which has been commissioned by the Russian navy after a long cycle of development, carries 6 nuclear warheads and has a range of up to 9,300 kilometers (about 5,770 miles).
v. According to ministry the missile’s mock warheads reached their designated targets on the opposite side of Russia,the Kura shooting range on the far eastern Kamchatka Peninsula. 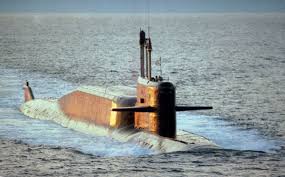 vi. Russia now has three such submarines, and five more are under construction to gradually replace some of the older Soviet-built ones.
About Russia
♦ Capital: Moscow
♦ President : Vladimir Putin
♦ PM: Dmitry Medvedev

Scientists create brightest light ever produced on Earth
Scientists have created the brightest light ever produced on the Earth, shining a billion times stronger than the surface of the sun.
Key Points:
i. The researchers discovered that it could be used as a new type of X-ray, capable of taking higher resolution images than the traditional kind.
ii. These could be used in hospitals but also by engineers, scientists and for security purposes.
iii. Normally an electron scatters just one photon of light at a timebut the light beam produced in the University of Nebraska-Lincoln’s Extreme Light Laboratory saw nearly 1,000 photons scattered at a time.
iv. According to researchers the light here is changing the object’s appearance. The light’s coming off at different angles, with different colours, depending on how bright it is.
v. X-ray properties of the light could be used to take three-dimensional images down to the nanoscopic scale.
vi. This could be used to find tiny tumours or microfractures that are currently missed by conventional X-rays.
vii. It may also be useful as an ultrafast camera to take images of chemical reactions or electrons as they move, among other potential uses by scientists. 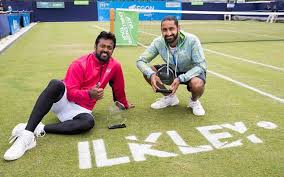 clash of the Euro 127,000 grass court event.
iii. It was held in Ilkey UK.
iv. Both the teams broke each other twice and won 52 points each in the 66 minute match.
About Aegon Ilkley Trophy
♦ The Aegon Ilkley Trophy is a tennis tournament for male and female professional players played on grass courts.
♦ The event is classified as a €42,500 ATP Challenger event and a $100,000 ITF Women’s Circuit.

ISSF Junior World C’ship: India win team bronze in 25m rapid fire pistol
India shooters have won a bronze medal in men’s 25m rapid fire pistol team event at the ISSF Junior World Championship Pistol on 26th of June 2017.
Key Notes:
i. The ISSF Junior World Championship Pistol held in in Suhl, Germany.
ii. Anish, Anhad Jawanda and Shivam Shukla got up a combined score of 1711 to claim third place.
iii. India’s overall tally received two gold one silver and one bronze medal.
iv. It was Anish’s second medal of the competition after having won the 25m standard pistol gold on the opening day of the competition.
v. Yashaswini Singh Deswal had won India its second gold of the competition by winning the 10m air pistol individual women event.
vi. Arjun Babuta a 17 year old boy also made it to the individual final of the men’s 10m air rifle event.

Indian men’s & women’s throwball teams create history in the World Games
The Indian men’s and women’s throwball teams have created history by bagging a gold medal in the World Games.
Key Points:
i. It was held at Kathmandu, Nepal and it took place from June 15 to 18, 2017
ii. The women’s team defeated arch-rivals Pakistan 15-13, 15-12 to clinch the title.
iii. The men posted a 15-13, 15-12 win over Bangladesh in their final match to finish at the top of the podium. 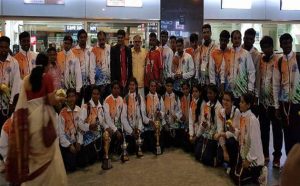 iv. This was the first time that the Indian teams had participated in these Games.
v. Indian men’s team had earlier defeated Malaysia 15-9, 15-10 in the semi-finals and the women’s side beat Malaysia 15-10, 15-11 in the last four stage.
About The World Games:
The World Games, organised by the International Sports Council (Canada), saw participation from 11 countries, competing in 42 different categories.