We are here for you to provide the important current affairs June 2 2018 which have unique updates of all daily events from all newspapers such as The Hindu, The Economic Times, PIB, Times of India, India Today, Indian Express, Business Standard, all Government official websites. Our complete current affairs helps you to get more marks in Banking, insurance, UPSC, SSC, CLAT, Railway and all other competitive Exams. 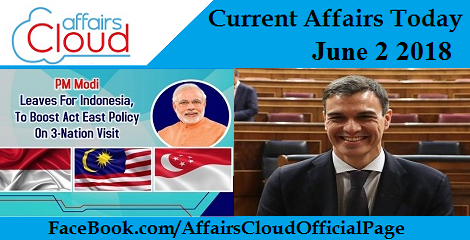 President of India to preside over two-day Conference of Governors and Lt. Governors on June 4-5, 2018 at Rashtrapati Bhavan
On June 2,2018, the President of India Shri Ram Nath Kovind would preside over the two-day  49th Conference of Governers and Lt. Governers which will be held in June 4-5 2018 at Rashtrapati Bhavan .
Governors and Lt. Governers of all State and Territories will attend the Conference .
Objective:
To discuss various important issues .
Key points:
i. The first day would be the inauguration day. The second day will be regarding the presentations of the schemes and flagship programs of the government .
ii. The presentations would be made by Vice Chairman and CEO of NITI Aayog  and National Security Advisor.
iii. The third session will comprise of the theme of higher education in state universities and skill development . The presentations will be made by the Secretary , Higher Education and the Secretary , Department of Industrial Policy and Promotion.
iv. The Fourth session will be regarding the steps to be taken on the report of  ‘Rajyapal – Vikas ke Rajdoot Catalytic Role of Governors as Agents for Change in Society’.
v. The fifth session will discuss how to commemorate the 150th birth anniversary of Mahatma Gandhi. Presentations on Gram Swaraj Abhiyan and Swachhata Internship  will be made.
vi. In the Sixth and final session , presentations on the deliberations in the previous thematic sessions will be made by the convenor Governors. Cleanliness drive at Kalindi Kunj ghat on river Yamuna:
i. The main focus of the cleanliness drive was to remove plastic waste and other solid wastes from Kalindi Kunj ghat.
ii. This is the third time in the last two months NMCG has conducted a  Swachhta drive at Kalindi Kunj ghat.
iii. Volunteers from NMCG and other stakeholders headed by Director General, NMCG, Rajiv Ranjan Mishra carried out the cleaning activities.
iv. Over 300 officials from organisations like NMCG, Yes Bank, World Bank, GIZ, IL&FS, Jamia Millia Islamia, South Delhi Municipal Corporation etc. participated.
v. Cleaning of Yamuna River is part of the Namami Gange programme as it is the tributary of Ganga River.
About National Mission for Clean Ganga (NMCG):
♦ Director General, NMCG – Rajiv Ranjan Mishra Objective:
To give accurate and area specific forecast of extreme weather events like rain, heat wave and cold wave.
Salient Features of EPS:
i. The EPS would be able to give forecasts 5 days before the event and also the probability of occurrence of extreme weather event with its level of intensity .
ii. The area of resolution has been decreased to 12km from 23 km which will give a district level warning .
iii. The EPS has been developed by – Indian Meteorological Department (IMD), National Centre for Medium Range Weather Forecasting (NCMRWF) and Indian Institute of Tropical Meteorology all under Ministry of Earth Sciences (MoES).
iv. The introduction of a new supercomputer of 8.0 petaflops produced at a cost of Rs.450 was responsible for the new EPS. 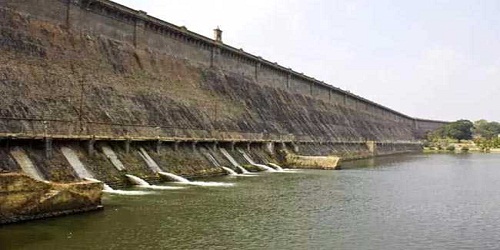 Objective:
To address the dispute over sharing of river water among Tamil Nadu, Karnataka, Kerela and Puducherry.
Key points:
i. The CMA would comprise a Chairman, a Secretary and 8 members. Out of the 8 members , 2 each will be full and part time members and the rest would be part time members from the four states concerned .
ii. The chairman would either be a senior and eminent engineer with an experience of water resource management or an IAS officer with experience in water resource management.
iii. He will have a tenure of 5 years until he reaches 65 years of age .
iv. It would formulate schemes and supervise operation of reservoirs and regulation of water releases and if any member state is found guilty of non cooperation and shortfall the authority would take appropriate action.
v. The authority at the beginning of the water year (June 1 each year) would determine the total residual storage in the specified reservoirs.
vi. The authority would also advise the member states to suitable measures to improve water use efficiency by micro-irrigation, change in cropping pattern , improved agronomic practices etc.
vii. The total corpus allotted for the functionality of the authority is Rs.2 crore.
viii. The authority will meet every  10 days during the months of June and October when the South-West and North-East monsoon arrives.

The Andhra Pradesh government on Saturday launched a Zero Based Natural Farming (ZBNF) scale-out scheme
On June 2,2018, The government of Andhra Pradesh has launched a Zero Based Natural Farming (ZBNF) scheme for benefitting the farmers by 2024.
Key points:
i. The scheme was launched by Andhra Pradesh Chief Minister N.Chandrababu Naidu.
ii. MOU was signed between the state’s agriculture department and Sustainable India Finance Facility (SIFF).
iii. The investment for the ZBNF scheme is Rs. 16,134 crores over the next 6 years.
iv. Presently 1,63,034 farmers are practicing ZBNF and the state wants to incorporate all the farmers by 2024.
About SIFF:
It is an initiative with the partnership of United Nations Environment Program, The World Agroforestry Center and the BNP Paribas. It will be financing the farmers for the scheme .

Saudi Arabia reshuffles cabinet with eye on culture
On 2nd June 2018, Saudi Arabia announced a cabinet reshuffle with main focus on culture and religion.
Saudi Arabia reshuffles cabinet:
i. This is the second major government change since the appointment of Prince Mohammed bin Salman, son of the king, as heir to the throne.
ii. Prince Mohammed is deputy prime minister under his father, King Salman. King Salman had replaced the Saudi Arabia’s labour, Islamic affairs and culture ministers.
iii. Also, a royal commission has been set up for the holy city of Mecca. The commission will welcome Muslim pilgrims for the annual hajj in August. The commission will be chaired by Prince Mohammed.
Tag lines of some banks:
♦ Oriental Bank of Commerce – Where every individual is committed
♦ Punjab National Bank – The Name you can Bank Upon
♦ Punjab & Sind Bank – Where Service Is A Way Of Life 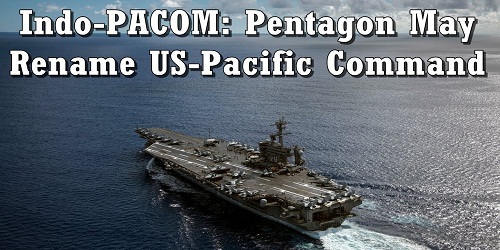 U.S. Pacific Command renamed as U.S. Indo-Pacific Command:
i. The U.S. Pacific Command has been renamed as U.S. Indo-Pacific Command in a move to highlight India’s importance to the US military in the middle of tensions with China over the militarisation of the South China Sea.
ii. This is the oldest and largest military command of the United States. It was formed after World War II.
iii. Jim Mattis commented on the name change at the change of command ceremony in Pearl Harbor for incoming INDOPACOM commander Adm. Phil Davidson.
Some important sea ports in India:
♦ Marmagao port- Goa
♦ Panambur Port- Karnataka
♦ Paradip Port- Odisha

IMF releases $250 mn of Sri Lanka loan, seeks airline shake-up
On June 2,2018, International Monetory Fund (IMF) released its loan of $252 million to the island nation of Srilanka.
Key points:
i. This loan is a part of a deal of amount $1.5 billion that was to be loaned by the IMF to SriLanka.
ii. The move of price increase of fuel was welcomed. The cooking gas and lamps has doubled.
iii. The gasoline price has been increased by 15 %.
iv. The restructuring of loss making SriLankan Airlines was proposed.
v. It has accumulated loss and debts of over $ 2 billion .

SBI, PNB, ICICI Bank raise lending rates
On June 2,2018, India’s major banks SBI, PNB and ICICI bank raised the lending rate making the loans costlier.
Key points:
i. They increased their benchmark lending rate (MCLR) by 10 basis points or by 0.1 %.
ii. SBI  has increased its lending rate by 10 basis points for all tenors upto 3 years.
iii. The MCLR for overnight and one month tenors is for 7.9% and for  the three years tenor is 8.45%.
iv. PNB has raised tenors for 3 and 5 years to  8.55% and 8.7%
v. PNB has also raised the base rate of 9.15% to 9.25%.
vi. ICICI has raised MCLR for 5 year tenors to 8.70% and also changed tenors for three and one year.
vii. Lending rates for three month tenors of ICICI remains unchanged .
viii. HDFC has raised the Retail Prime lending rate (RPLR) by 10 basis points .
ix. Karnataka Bank has raised interest rates on Deposits. Interest on domestic and NRE rupee term deposits for a period of one year to two years stands revised to 7.25 per cent from 7.10 (for deposits up to Rs 10 crore) representing a hike of 15 basis points.
x. Home and Auto loans fall under the MCLR. 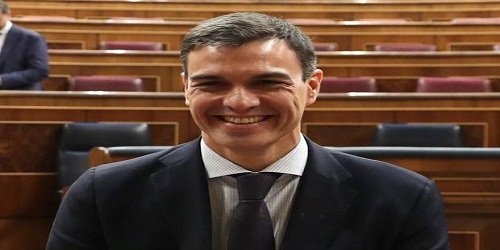 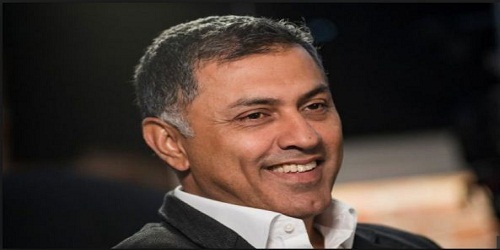 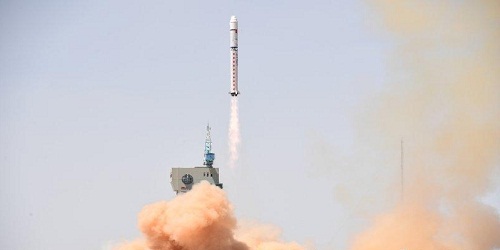 Nepal, Scotland among 4 teams inducted in ICC ODI rankings
On 1st June 2018, the ICC included Nepal, Netherlands, Scotland and the UAE in their ODI rankings list in addition to the 12 existing countries. 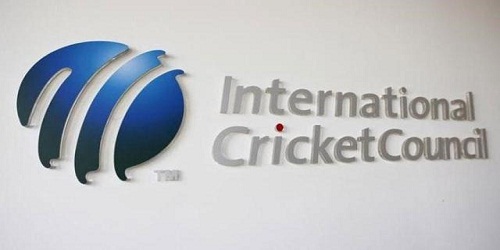 Nepal, Scotland among 4 teams inducted in ICC ODI rankings:
i. Scotland has been ranked in 13th position with 28 points . The UAE has 18 points and has secured 14th position. The Netherlands have 13 rating points.
ii. Nepal and the Netherlands have to play four matches more to get into the table.
iii. The positions of the 12 Test playing countries, who were already on the table, are not affected by the introduction of these new teams.
iv. The table is topped by England. India is ranked second. Pakistan is in sixth place.
v. The initial rankings for the four new teams are based on: