We are here for you to provide the important current affairs june 2 2017 which have unique updates of all daily events from all newspapers such as The Hindu, The Economic Times, PIB, Times of India, India Today, Indian Express, Business Standard, all Government official websites. Our complete current affairs helps you to get more marks in Banking, insurance, UPSC, SSC, CLAT, Railway and all other competitive Exams. Telangana CM announces 6-point comprehensive plan for farmers
During the occasion of State Formation Day , Telangana Chief Minister Chandrasekhar Rao has announced 6-point comprehensive plan for farmers on June 2nd 2017 in Secunderabad.
i. The plans include the following points
1.8 thousand rupees cash assistance per acre per annum to each farmer in the state.
2.24/7 continuous electricity supply.
3.Formation of crop colonies and support price for their yield.
ii. He also announced other welfares such as thousand rupees social security pension for single destitute women.
iii. The state government is going to implement in coming days like the Chief Minister further announced 15 thousand rupees assistance to mother and child which includes ‘KCR Kits’ worth two thousand rupees to take care of their nutrition and health needs.

Varanasi to get India’s first freight village
India’s first ‘freight village’ will be developed by the Inland Waterways Authority of India (IWAI) in Varanasi, Uttar Pradesh.
Key Points:
i. The freight village, a one-of-its-kind infrastructure platform, will attract companies that require logistics services and can cluster to improve their competitiveness. 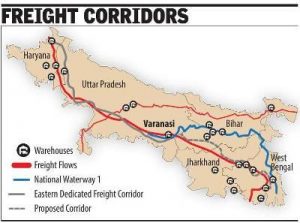 ii. The facility will come around the proposed multi-modal terminal adjacent to the city on the banks of the river Ganga.
iii. This will allow relocation of retailers, warehouse operators and logistics service providers supplying the regional FMCG market.
About Varanasi
♦  Lal Bhadur Shastri International Airport in Varanasi
♦  Kashi Vishvanath Temple in Varanasi UP Varanasi

Punjab & UK join hands to promote skill development
The Punjab government and the United Kingdom join hands for imparting skill training and technical education to the students to provide better employment opportunities in abroad. Under the agreement, the UK would send skill development experts to Punjab to impart technical education and skill development training.
i. It was announced by Technical Education Minister Charanjit Singh Channi with Britain Deputy High Commissioner Andrew Ayre on June 1st at Chandigarh.
ii. The Punjab Government is planning to focus on providing quality education to the students to get jobs in the leading industries around the world.
iii. Signing of Memorandum of Understanding (MoU) between Punjab and UK on June 20 would be the first step in this direction.
iv. As per the MoU, the students who study degree courses in Punjab or UK would be provided dual certificate which would have international recognition.
UK :
♦ Capital: London
♦  Currency: Pound sterling
♦  Prime minister: Theresa May

Odisha to have first automatic coastal warning for disasters in India
Odisha is the first State in India to have developed an automatic public address system that can be activated along its entire coast. Early Warning Dissemination System (EWDS) project for natural disasters will be completed by July 31 said by Odisha Government On May 1st
i. The system will be helpful in communicating tsunami and cyclone warnings to coastal population directly from the State Headquarters. The siren activation system will be located 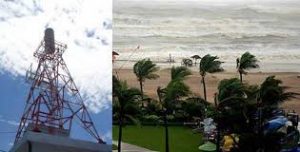 US to withdraw from Paris Climate agreement: Donald Trump
President Donald Trump has announced that he would withdraw the United States from the 2015 Paris agreement to fight climate change on 1st of 2017.
Key Notes:
i. Trump stated that the Paris accord would weaken the U.S. economy, cost U.S. jobs, and weaken American national sovereignty.
ii. He also said that the Paris accord has put the country at a permanent disadvantage to the other countries of the world.
iii. The move, perfectly in line with Trump’s “America First” message that he used during his Presidential campaign, has drawn diapproval from US allies and business leaders across the world.
About the Paris Climate Agreement
1. The United States was one of 195 nations that had agreed to the accord in December 2015. 2. It is an agreement within the United Nations Framework Convention on Climate Change (UNFCCC) that deals with greenhouse gas emissions mitigation, adaptation and finance starting in the year 2020.
3. As of June 2017, 195 UNFCCC members have signed the agreement, 148 of which have ratified it.
4. Under the pact, countries both developed and developing agreed to reduce emissions of greenhouse gases generated by burning fossils fuels, a major cause of global warming.
Objectives of the Agreement:
♦ To limit the global average temperature tobelow 2 °C above pre-industrial levels.
♦ To take necessary steps to conserve and enhance reservoirs of greenhouse gases including forests.
♦ To limit the temperature increase to 1.5 °C above pre-industrial levels so that it will be possible to reduce the risks and impacts of climate change.

Economy expected to grow by 7.5 per cent in current fiscal: NITI Aayog
Arvind Panagariya, an economic adviser has said India’s economic growth is expected to grow by 7.5 percent in this fiscal year.
Key Notes:
i.Asia’s third-largest economy grew by 7.1 percent year-on-year in 2016-17, slower than 8 percent growth a year ago.
ii.Panagariya,a vice-chairman of the government’s main economic advisory body said on a conference that economic growth would accelerate further to above 8 percent by 2019. 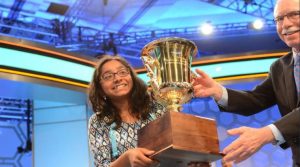 Spelling Bee after she spelled the word “marocain” correctly on June 2, 2017
i. Ananya defeates her competitor Rohan Rajeev, another Indian-American student.
ii. She wins USD 40,000 in cash, a trophy and other prizes
iii. She is the 13th consecutive Indian-American winner of the competition and the 18th of the past 22 winners with Indian heritage, a run that began in 1999 with Nupur Lala’s victory, which was featured in the documentary “Spellbound.”

ii. He announced that Serbia would not join NATO or become “member of any other military alliance”.
iii. He founded the Serbian Progressive Party in 2008.
Serbia:
♦ Capital: Belgrade
♦ Currency: Dinar

RBI appoints S Ganesh Kumar as new Executive Director
The Reserve Bank has appointed Ganesh Kumar as Executive Director (ED). It will be effective from June 1, 2017. Ganesh replaced Chandan Sinha.
i. Kumar will look after the departments of Information Technology, Payment and Settlement Systems and External Investments and Operations.
ii. Prior to this, he was working as Chief General Manager-in-Charge, Department of Information Technology, RBI.
iii. He had joined the Reserve Bank in 1984 and as a career central banker. 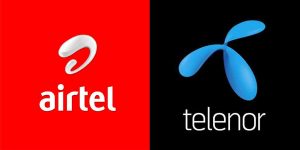 Board of India (SEBI), Bombay Stock Exchange (BSE) and National Stock Exchange (NSE) .
i. Now, the merger is subject to other statutory approvals including from the competition commission of India (CCI).
ii. The Telenor will give Bharti Airtel additional spectrum in 1,800 MHz band besides a foothold in seven circles — Andhra Pradesh, Assam, Bihar, Gujarat, Uttar Pradesh (East and West) and Maharashtra.
iii. After merging, Airtel will gets 52.5 million users from Telenor kitty. .

NASA to launch world’s first mission to Sun in 2018
The National Aeronautics and Space Administration (NASA) is set to launch the world’s first mission directly into the atmosphere of the sun in 2018.
i. Parker Solar Probe will travel through the Suns atmosphere, closer to the surface and it will reach an orbit within four million miles (6.5 million km) of the sun and will measure activity at its outer surface, known as the ‘corona’.
ii. The spacecraft and instruments will be protected from the Suns heat by a 4.5-inch-thick carbon-composite shield. The spacecraft is set to be launched during a 20-day window that opens on July 31, 2018 from NASAs Kennedy Space Centre in Florida. The mission is scheduled to end in June 2025.
iii. It will be tracing the flow of energy that heats and accelerates the sun’s corona and solar wind, determining the structure and dynamics of the plasma and magnetic fields at the sources of the solar wind and explore mechanisms that accelerate and transport energetic particles.
iv. The Parker Solar Probe has been named in honor of pioneering astrophysicist Eugene Parker, who predicted the existence of the solar wind nearly 60 years ago.
Neutron stars
NASA is also set to launch the world’s first mission Neutron Star Interior Composition Explorer, or NICER to study the spinning neutron stars
♦ The NICER aboard SpaceX CRS-11, a cargo resupply mission to the International Space Station, now rescheduled to be launched aboard a Falcon rocket on June 3, 2017.

Prithvi-II missile successfully test-fired from Odisha
The Defence Research and Development Organisation (DRDO) on June 2nd successfully  test-fired the indigenously-developed nuclear-capable ballistic Prithvi-II missile in Odisha.
i. The trial of the surface-to-surface missile, which has a strike range of 350 km, was carried out from a mobile launcher from launch complex-3 of the Integrated Test Range (ITR) at Chandipur near Balasore in Odisha. 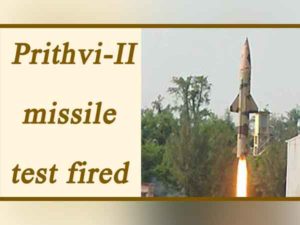 ii. In salvo mode, two Prithvi-II missiles were successfully test fired on November 21, 2016. The nine-metre-tall, single-stage liquid-fuelled Prithvi-II is the first missile to have been developed by the DRDO under the Integrated Guided Missile Development Programme.
iii. The capacity of Prithvi-II missile is carrying 500 kg to 1,000 kg of warheads and is thrusted by liquid propulsion twin engines.The missile’s trajectory was tracked by the DRDO radars, electro-optical tracking systems and telemetry stations located along the coast of Odisha.

Road ministry launches online platform INAM PRO+
The Union Minister of Road Transport and Highways Nitin Gadkari has launched INAM-Pro + web platform in New Delhi on 1 June, 2017.
Key Notes:
i. INAM-Pro+ is an upgraded version of INAM-Pro.
ii. The web portal has launched by the Ministry in 2015 as a common platform. 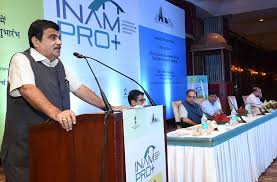