We are here for you to provide the important current affairs June 18 2018 which have unique updates of all daily events from all newspapers such as The Hindu, The Economic Times, PIB, Times of India, India Today, Indian Express, Business Standard, all Government official websites. Our complete current affairs helps you to get more marks in Banking, insurance, UPSC, SSC, CLAT, Railway and all other competitive Exams. 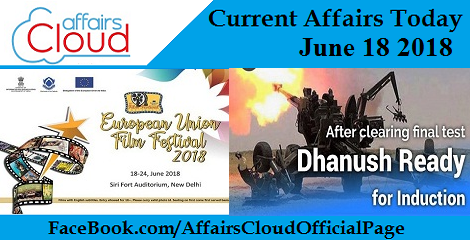 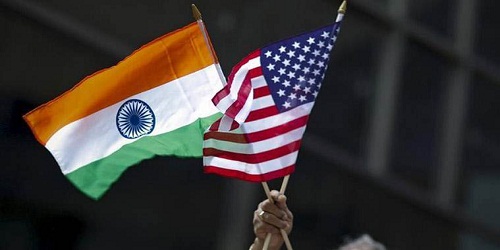 The US had granted India the status of a ‘Major Defence Partner’ in 2016.
i. The talks are based on the military agreement between India and US in 2016 on Communications Compatibility and Security Agreement (COMCASA).
ii.  The agreements consist of COMCASA and Basic Exchange and Cooperation Agreement for Geo-spatial Cooperation (BECA) and singing of the Indian counterparts are required for this to take shape.
iii.It is meant to facilitate the use of high-end secured communication equipment to be installed on military platforms being sold to India.
iv. If COMCASA becomes mandatory if India is to get the armed version of the Sea Guardian drones from Washington.
v. The Indian officials are hesistant to sign due  to American access to Indian military communication and also as the indigenously built Indian military platforms and Russian origin platforms might not be compatible with COMCASA.
About COMCASA:
COMCASA essentially provides a legal framework for the transfer of communication security equipment from the US to India that would facilitate “interoperability” between Indian and US forces — and potentially with other militaries that use US-origin systems for secure data links. It was called the Communication and Information on Security Memorandum of Agreement (CISMOA) before the name was changed to reflect its India-specific nature. 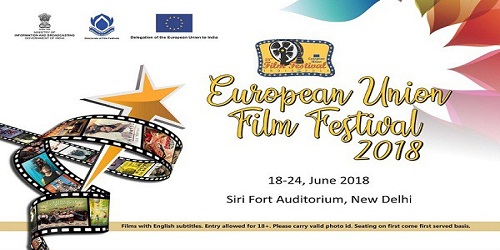 KisanKraft plans to take ‘aerobic rice’ technology to 5 states for the Kharif season; mainly aims to reduce cost for water stressed farmers
On June 18, 2018, The Bengaluru-based KisanKraft intends to take the ‘aerobic rice’ technology to five states during this kharif season and conduct demonstrations to reach out to more farmers.
Key points:
i. The aerobic rice technology is a solution for water-stressed paddy farmers.
ii. hIt would help in restoring soil conditions while contributing to national food security.
iii. Since there is no puddling and no standing water, hence costs associated with the use of water and pumping cost is also minimized.
iv. As against up to 5,000 litres of water required to produce one kg of wetland rice, the aerobic rice requires only up to 2,500 litres.
v. This would save more than 60 per cent in water and 55 per cent in labour.
vi. Except the Himalayas, the coastal areas and the hilly areas (with excess water), the rest of the country can grow aerobic rice. Black cotton soil and lowlands in submerged water conditions are unsuitable.
About Aerobic Rice:
Aerobic rice is direct-seeded into the field, eliminating the cost of raising nursery, transplantation and its related impact on labour health. Direct seeding also reduces ‘seed rate’ dramatically.Certain pests and diseases don’t breed in aerobic conditions, therefore, use of chemicals is also reduced.
About KisanKraft:
♦ KisanKraft is a designer, importer and distributor of affordable farming equipment suited to the needs of small and marginal farmers.
♦ It has signed a 10 year licensing agreement with the National Research Development Corporation (NRDC) and the National Bio-diversity Authority (NBA) for the marketing and sale of an aerobic rice variety developed by University of Agricultural Sciences, Bengaluru. 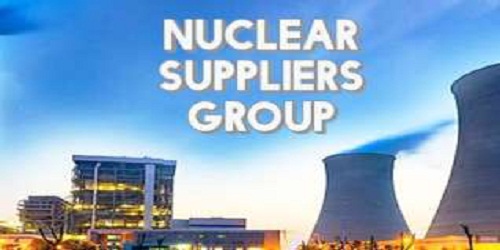 About NSG (Nuclear Suppliers Group):
♦ Comprises – 48 Participating Governments with the European Commission and the Chair of the Zangger Committee participating as permanent observers.
♦ Purpose – aims to prevent the proliferation of nuclear weapons

RBI eases norms for FPIs to invest in debt securities and corporate bonds
On June 18, 2018, The Reserve Bank has eased investment norms for foreign portfolio investors (FPIs) in debt, especially into individual large corporates .
Objective:
It can help attract more overseas flows and thereby help elevate the recent fall in the rupee and also lift the recent fall in demand for corporate bonds.
The modified norms are:
For Government Securities:
i. The RBI increased the FPIs cap on investment in government security to 30 per cent of the outstanding stock of that security, from 20 per cent earlier.
ii. FPIs were allowed to invest in government bonds with a minimum residual maturity of three years.
iii. FPIs are permitted to invest in Government securities (G-secs), including treasury bills, and SDLs without any minimum residual maturity requirement, subject to the condition that short-term investments( Investments with maturity of one year) by an FPI under either category shall not exceed 20 per cent of the total investment of that FPI in that category.
iv. FPIs were permitted to invest in government securities till the limit utilisation reaches 90 per cent, after which the auction mechanism was triggered for allocation of the remaining limit.
For Corporate Bonds:
i. FPIs are permitted to invest with a minimum maturity of three years.
ii. FPIs to invest in corporate bonds with minimum residual maturity of above one year.
iii. Short-term investments in corporate bonds by an FPI shall not exceed 20 per cent of the total investment of that FPI in corporate bonds which will be applicable on an end-of-day basis.
iv. RBI said short-term investments by an FPI may exceed 20 per cent of total investments, only if the short-term investments consist entirely of investments made on or before April 27, 2018, and not made after April 27, 2018.
v. The RBI also said investment by any FPI, including investments by related FPIs, should not exceed 50 per cent of any issue of a corporate bond.
vi. No FPI shall have an exposure of more than 20 per cent of its corporate bond portfolio to a single corporate.
FPI:
Foreign portfolio investment (FPI) consists of securities and other financial assets passively held by foreign investors. It does not provide the investor with direct ownership of financial assets and is relatively liquid depending on the volatility of the market. Foreign portfolio investment differs from foreign direct investment (FDI), in which a domestic company runs a foreign firm, because although FDI allows a company to maintain better control over the firm held abroad, it may face more difficulty selling the firm at a premium price in the future.
About Government Securities and Corporate Bonds:
A government security is a bond or other type of debt obligation that is issued by a government with a promise of repayment upon the security’s maturity date.Government securities are usually considered low-risk investments because they are backed by the taxing power of a government. 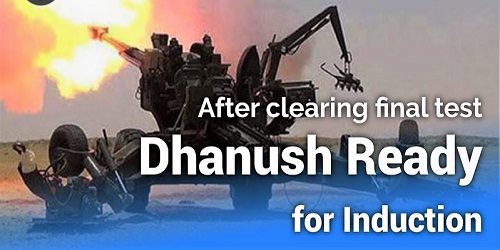 Key points:
i. It was the 3rd and final phase of testing which was done from May 31 to June 7th 2018.
ii. There were firing of 6 Dhanush guns in battery formation.
iii. A total of 301 rounds were fired from these 6 guns.
iv. Each gun travelled a distance of 1000km in desert and high altitude terrains.
v. After the general staff evaluation the bulk production would take place where 114 guns would be inducted in the Indian Army by the next two years.
vi. The first phase was conducted in September 2016 in Pokhran and Babina and the second phase was conducted in December 2016 in Siachen base. A total of 1520 rounds have been fired in all the 3 phases.
About Dhanush Guns:
♦ It is an indigenously built upgraded version of Swedish Bofors that was procured by India in mid 1980s. It is a 155 mm , 45 calibre gun with a range of 36 km .It is compatible with NATO 155 mm ammunition system.