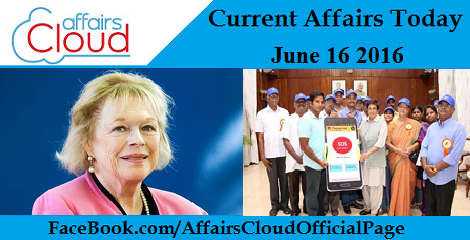 named HelpAge SOS App for  to provide one-click emergency services to senior citizens at Raj Nivas in Puducherry.
ii. The app facilitates for an SOS-Save our seniors button to immediately reach to the counsellor desk of Help Age for interpreting emergency help and assistance, also offers health related information. It has 24×7 functionality that helping elders in distress.
iii. The app is intended not just for elders but also for society in particular the younger generation. Which is GPS enabled and picks up the location of the caller and will dial into the particular State Office.

Union Government cleared the bill for speedy recovery of bad loans
The Union Government accorded a bill looking for to enhance the debt recovery laws and approved ex facto “The Enforcement of Security Interest and Recovery of Debts Laws and Miscellaneous Provisions Bill, 2016”
Objective: Improving the ease of doing business.
Delegate: Telecom minister Ravi Shankar Prasad
Evolution of Bill: In May 2016, the bill was brought to Lok Sabha to get the amendment in four legislations.
♦ Securitization and Reconstruction of Financial Assets and Enforcement of Security Interest (SARFAESI) Act, 2002
♦ Recovery of Debts due to Banks and Financial Institutions Act, 1993
♦ Indian Stamp Act, 1899
♦ Depositories Act, 1996

CSCs get approval from RBI for Bharat Bill Payment System
i. Reserve Bank of India has granted in-principle nod to the common service centres

Siemens wins Rs 978 crore order for India-Bangladesh power link
i. German engineering company Siemens AG has bagged an order worth 130 million euro (over Rs 978 crore) to set up a high voltage direct current (HVDC) link to connect power supply networks of India and Bangladesh.
ii. The HVDC order is back ­to­ back link to connect the power supply networks of India and Bangladesh is scheduled to come on line in the second half of 2018.
iii. This high capacity power link with a transmission capacity of 500 MW will avoid bottlenecks on the 230 kV side of the country.
Bangladesh
♦ Capital: Dhaka
♦ Currency: Bangladeshi taka
♦ Prime minister: Sheikh Hasina
♦ President: Abdul Hamid

Margaret Atwood wins 2016 Pen Pinter Prize
Margaret Atwood has been awarded with Pen Pinter Prize for the year 2016 for her contribution towards Political activism and speaks & act against violation of Human Rights.
Country: Canada
Professions: Poet, novelist, literary critic, essayist, and environmental activist
Other Awards: Arthur C. Clarke Award and Prince of Asturias Award for Literature, has been shortlisted for the Booker Prize five times
The award for Pen Pinter Prize was chosen by the panel headed by Maureen Freely for her commendable pubic Intellectual and consistent supporter of Political issues. 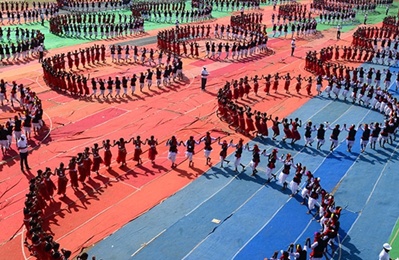 i. Mandla a district in Madhya Pradesh Organised event where the 3,049 participants registered their spot in the Guinness book of world records for performing largest Karma Naach dance ever to celebrate the culture and history of the Gond tribes of central India.
ii. The participants formed 61 large circles of 50 people and performed the traditional tribal dance in spectacular synchronicity also all were dressed in traditional clothing to complete the attempt, and the folk dance was accompanied by live music.
iii. The choreographed Karma Naach dance continued for a minimum of five minutes the record reads.

Bharti Enterprises’ Sunil Mittal to head of International Chamber of Commerce
i. Bharti Enterprises founder& chairperson Sunil Bharti Mittal has been elected as the head of International Chamber of Commerce (ICC), based in Paris, France. He is the third Indian business leader to head ICC in its near-hundred year history.
ii. This appointment comes after the Council elected the new leaders after a voting held in Sao Paolo, Brazil. He succeeds Terry McGraw, chairman emeritus of S&P Global, who will now become ICC’s honorary chairperson.
iii. Mittal presently holds the chair of the World Economic Forums (WEF) Telecommunications Steering Committee. He is also a member of the India-US, India-UK and India-Japan CEO forums.
iv. Last month Sunil Mittal was bestowed with 2016 Harvard Business School Alumni Achievement. 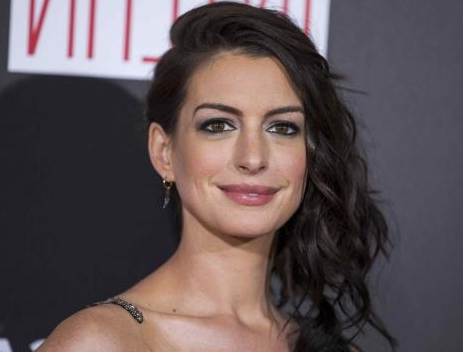 global goodwill ambassador to promote gender equality and women empowerment.
ii. She is the latest Actress has been named by the UN Women That became operational in 2011, the other big heads include Nicole Kidman, Emma Watson and Princess Bajrakitiyabha Mahidol of Thailand as fellow women’s goodwill ambassadors.
iii. Anne previously worked as an advocate for the Nike Foundation, formed to support Programmes to empower adolescent girls.
iv. She traveled to Kenya to raise awareness on sexual violence in the region in 2011. In the succeeding year she received the Academy Award for Best Supporting Actress for the film Les Misérables.

Senior IAS officer Supriya Sahu appointed as DG of Doordarshan
i. Senior IAS officer Supriya Sahu has been appointed as Doordarshan’s Director General, a post lying vacant since 2014. Appointments committee of cabinet (ACC) approved the appointment of Supriya as the full-time director general of Doordarshan.
ii. Sahu is a 1991 batch IAS officer who is currently working in her cadre state Tamil Nadu. She has been appointed to the post on deputation basis for a period of three years.
iii. She had also worked as Director and Joint Secretary in Information and Broadcasting Ministry. sports history to participate and win international tournaments in the sport of racketlon at the recently concluded competitions in Denmark and Belgium.
ii. Ashutosh clinched gold medal in both the men’s amateur and the veterans (45 +) categories at the Nordic Racket Games held at Vejen, Denmark.
iii. Subsequently in the Super World Tour – King of Rackets tournament held at Oudenaarde, Belgium, he once again proved himself by clinched gold in 45 + and silver in men’s amateur category.

Assam Pradesh Congress President Anjan Dutta passes away
i. President of the Assam Pradesh Congress Committee (APCC) Anjan Dutta has died following cardiac failure at AIIMS in New Delhi. He was 64 years old.
ii. Dutta hailed from Assam and was a three times MLA from the Amguri Constituency. He also served as the Minister and the Member of the State Legislative Assembly.
iii. He had served as the chairman of the North East Youth Congress Co-ordination Committee and a member of the Assam Agricultural University as well as served in several important positions like the state’s transport minister.

International Day of Family Remittances – June 16
i. The International Day of Family Remittances is observed annually on June 16 to recognise the contribution of migrant workers to their families and communities back home, and to the sustainable development of their countries of origin
ii. Over 250 million international migrant’s globally residing outside the country they call home. People have always been on the move, in search of better opportunities for themselves and their families.