We are here for you to provide the important current affairs june 12 2017 which have unique updates of all daily events from all newspapers such as The Hindu, The Economic Times, PIB, Times of India, India Today, Indian Express, Business Standard, all Government official websites. Our complete current affairs helps you to get more marks in Banking, insurance, UPSC, SSC, CLAT, Railway and all other competitive Exams. 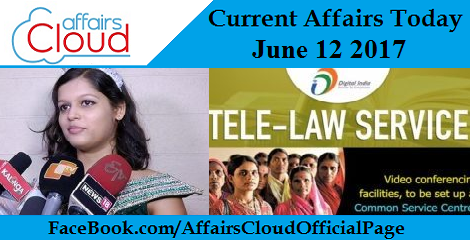 Government launches Tele-Law initiative
In order to make legal aid easily accessible to the marginalized communities and citizens living in rural areas, Government of India has launched the ‘Tele-Law’ pilot project on June 11, 2017.
i. Under the first phase, the ‘Tele-Law’ scheme will be launched as a pilot across 500 CSCs in Uttar Pradesh and Bihar.
ii. The pilot project will help to understand the challenges and make necessary modifications and rectifications to the scheme before rolling it out across the country.
iii. A portal called ‘Tele-Law’ will be launched, to connect the citizens to legal service providers with the help of technology-enabled platforms. 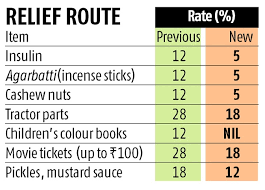 mustard sauce.
i. Tax rate on insulin and cashew has been lowered to 5% from the earlier 12%, food items like pickles and ketchup have been placed under 12% tax bracket as against the earlier 18% tax bracket.
ii. In a bid to promote regional cinema, cinema tickets costing up to Rs. 100 will be taxed at 18% and ticket costing more than Rs. 100 at 28%.

Indian Railways to induct 40,000 refurbished coaches by 2023, earmarks Rs 8,000 crore
The Indian Railways is planning to induct about 40,000 coaches by 2023.
Key Notes:
i. It will include improved interiors and upgraded facilities at an estimated cost of Rs 8,000 crore to provide world-class comfort to passengers.
ii. The aim is to make available 40,000 new look coaches in the railway fleet by 2023.
iii. According to the plan, coaches will be retrofitted with refurbished interiors and improved seating arrangement and newly designed bio-toilets among other facilities.
iv. The state-run transporter will strengthen safety features in all existing conventional coaches equipping them with strong couplers to prevent capsizing during accidents.
v. The retrofitting would cost about Rs 30 lakh per coach.
vi. Railways also expect to manufacture 15,000 new coaches with modern features during 2018-19 and 2022-23 periods.
vii. The work plan envisages retrofitting of 1000 coaches in the current fiscal; the number will increase to 3000 in the next fiscal and 5,500 coaches in subsequent years.

Council of Scientific & Industrial Research (CSIR) signs Agreement with the Metal Industries Development Institute (MIDI), Ethiopia
The Council of Scientific and Industrial Research (CSIR) has signed an agreement with Europe-based Metal Industries Development Institute (MIDI) to implement a twinning programme.
Key Notes:
i. The twinning is one of the largest programs between a CSIR institute and a foreign entity.
ii. The deal aims to bring opportunities for CSIR’s future collaborations with African organisations.
iii. CSIR will enhance the capacity and capability of MIDI to enable it to contribute more efficiently towards the development of Metals and Engineering sectors in Ethiopia.
iv. Saini has also invited the industry to collaborate with CSIR and its counterparts in 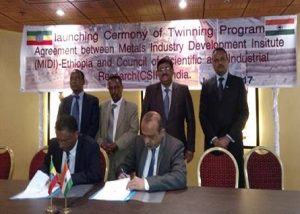 Meghalaya passes resolution opposing Centre’s notification on cattle sale
On June 12, 2017, Meghalaya state assembly  unanimously passed a resolution opposing the Centre’s notification banning the sale and purchase of cattle at animal markets for slaughter and demanded its withdrawal as it would impact the economy of the state and the food habit of its people.
i. Members of the assembly from all political parties supported the resolution tabled by Chief Minister Mukul Sangma.
ii. The Ministry of Environment, Forest and Climate Change had issued the Prevention of Cruelty to Animals (Regulation of Livestock Markets) Rules, 2017 on May 23, 2017.
iii. Mukul Sangma said beef was an integral part of the dietary habit of the tribals of Meghalaya and its demand in the state in 2015-2016 was 23,634 metric tonnes.
iv. Beef production in the state was only 12,834 MT and 10,800 MT was purchased from outside.

World’s largest floating Solar Farm launched in China
China has launched world’s largest floating solar farm consisting 160000 panels.
More Details about largest floating Solar Farm in China:
i. It is a waterborne plant and is expected to generate 40 megawatts at one time and could supply electricity for over 15,000 homes.
ii. The plant has been built in Huainan city, Anhui Province, bySungrow Power Supply, a Chinese company specialised in renewable energy.
iii. The cool air near the surface of the water would help reduce the heat generated from the

solar panels and lower the risk of battery malfunction.
iv. This floating plant in China is six times the size of a similar floating plant in Britain that was built last year.
Quick Facts about China:
♦ Capital: Beijing
♦ Currency:  Renminbi
♦ President: Xi Jinping 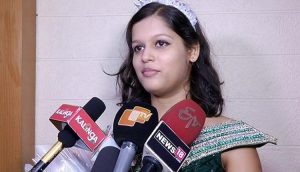 Justice CS Karnan becomes first High Court Judge to retire while absconding
Calcutta High Court Judge C S Karnan, who was sentenced six months of imprisonment by Supreme Court, has retired on 12 June 2017 at the age of 62, the retirement age for a High Court judge.
key Notes:
i. Karnan was not present at the Calcutta High Court on the day of his retirement as he is banned from performing his judicial duties since February 2017.
ii. The Supreme Court bench comprising Justices Dipak Misra, J Chelameswar, Ranjan Gogoi, M B Lokur, P C Ghose and Kurian Joseph prohibited media from publishing any orders passed by Justice Karnan.
iii. Justice Karnan has been absconding from the office of Calcutta HC judge since May 2017 to escape arrest after the Supreme Court sentenced him to six months imprisonment for contempt of court and ordered his immediate arrest.
iv. He sentenced eight judges of the Supreme Court to five years of rigorous imprisonment and imposed a fine of Rs 100000 each under the Scheduled Castes and the Scheduled Tribes (Prevention of Atrocities) Act, 1989. 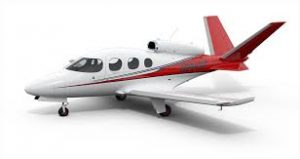 v. Cirrus Aircraft has finally begun delivering its new SF50 Vision Jet to be the first of more than 600 customers who’ve queued up for it.
About USA
♦ Capital: Washington D.C.
♦ President:Donald Trump
♦ Vice President: Mike Pence

Scientists come up with quick-to-assemble toilet
A scientist comes up with cost-effective toilet that weighs less than 500kg and that has a life of 25-30 years. It can be made in-situ and even assembled in less than five hours.
Key Notes:
i. It is one of the prototypes the CSIR-Structural Engineering Research Centre (SERC),Chennai, has developed in the past three months for areas where toilet coverage is still incomplete.
ii.  A Memorandum of Understanding was signed between CSIR-SERC and M/s. Smart Built Prefab Pvt. Ltd., Hyderabad, for technology transfer for manufacturing textile reinforced concrete (TRC) panels for the construction of such toilets.
iii. The TRC panels are manufactured using textile reinforced concrete prototyping technology (TRCPT). It is an innovative all-in-one technology developed by CSIR-SERC.
iv.Each toilet costs between Rs.12,000 and Rs.15,000.
v. With buildtex (textile used in building applications) being manufactured in India, the cost is expected to come down further.
vi. Buildtex is also being used in roads to prevent water seepage, and for replacing roofing sheets.
vii. Nomould is required to make these sheets that vary in thickness from 15mm to 25mm.
viii. These panels used in the toilets are non-load bearing ones, but load-bearing walls and panels too can be designed. 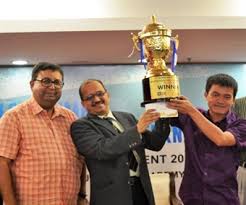 ii. The champion got the top prize of Rs 3 lakhs, while top-ranked Tajikistan GM Farrukh Amonatov (ELO 2635) got acheque of Rs 2 lakhs by finishing runner-up.
iii. Amonatov finished with 8 points and Russian GM Deviatkin Andrei to claim the second spot.
iv. The contest between the Nguyen (ELO 2477, rank 10) and Neelotpal (ELO 2438, rank 13), the joint leaders with 7.5 points each after the ninth round.

Lewis Hamilton wins in Canada for sixth time
Lewis Hamiltonwon the Canadian Grand Prix for the sixth time on 12th of June.
Key Notes:
i. Lewis Hamilton won against Sebastian Vettel’s overall championship and lead to 12 points.
ii. It was Hamilton’s third victory of the season and also his third in a row.
iii. It was the three-time champion’s sixth victory at the Circuit Gilles Villeneuve.
iv. It was the Mercedes team’s first one-two finish of the year.
Canada:
♦ Capital: Ottawa
♦ Currency: Canadian dollar

Veteran Telugu Poet, Writer C Narayana Reddy Passes Away
Legendary Telugu poet and writer C Narayana Reddy passed away in Hyderabad on June 12, 2017. He was 85.
i. Naryana  was born on July 29, 1931 in Karimnagar district.
ii. He had several publications to his credit which include poems, songs, lyrical dramas, 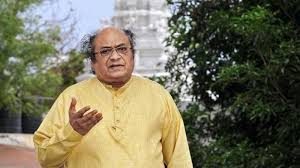 ballets, essays, travelogues, ghazals – original and in translation – and literary criticism.
iii. He was passionate about preserving and popularising Telugu language and culture, especially among the young generation.His works have been regarded as trend-setters.
iv. He was honoured with Padma Shri in 1977 and Padma Bhushan in 1992 by Government of India.
v. He had received the Jnanpith Award for the year 1988.
vi. He was also the president of the Telangana Saraswatha Parishath.He was also a former Rajya Sabha MP. 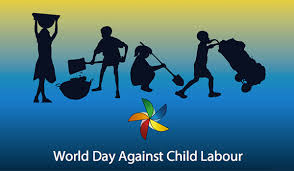 About World Day against Child Labour
The International Labour Organization (ILO) has launched the World Day against Child Labour in 2002.
♦ It aims to focus attention on the global extent of child labour and the action and efforts needed to eliminate it.
♦ Each year on 12 June, the Day brings together governments, employers and workers organizations, civil society to highlight the plight of child labourers and what can be done to help them.