We are here for you to provide the important current affairs July 27 2018 which have unique updates of all daily events from all newspapers such as The Hindu, The Economic Times, PIB, Times of India, India Today, Indian Express, Business Standard, all Government official websites. Our complete current affairs helps you to get more marks in Banking, insurance, UPSC, SSC, CLAT, Railway and all other competitive Exams. 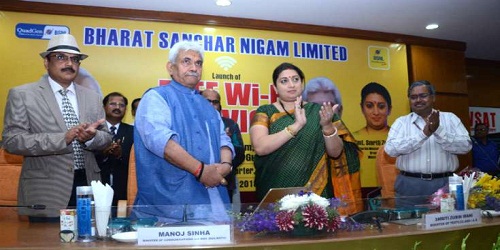 Objective:
Key Points:
i. Setting up of 25000 WiFi hotspots at existing rural exchanges of BSNL will be done.
ii. All other agencies and private telecom operators will provide WiFi services to every panchayat across India.
iii. Under Bharat Net Project, government has targeted to link each of the 2.5 lakh gram panchayats of India through optical fibre network.
Under Bharat Net Project:
i. Out of this, remaining 1.5 lakh panchayats will be connected with high-speed internet by March 2019.
ii. Uptil now, 2335 mobiles towers are present in left-wing extremism areas.
iii. A total of 4072 towers will be installed in the second phase of the project.
About Bharat Net Project:
BharatNet, also Bharat Broadband Network Limited, is a Telecom infrastructure provider, set up under Telecom department for the establishment, management and operation of National Optical FiberNetwork to provide a minimum of 100 Mbps broadband connectivity all 250,000 gram panchayatsin the country, covering nearly 625,000 villages, to improve telecommunications in India.
Ministry of Communications:
Minister of State: Manoj Sinha.
Sansad Adarsh Gram Yojana’:
Launch year: 2014.
Key objectives of the Yojana include:

i. It was organised by Centre for Joint Warfare Studies (CENJOWS) .
ii. Chief of the Army Staff General Bipin Rawat and Director General Army Air Defence Lt Gen AP Singh were present at the function.
About Air Defence Corps:
♦ The Corps of Army Air Defence (abbreviated as AAD), is an active corps of the Indian Army.
♦ It is responsible for the protection of Indian air space from enemy aircraft and missiles, especially below 5,000 feet.

WB assembly passes Lokayuta (Amednment) Bill, 2018
On July 27, 2018, The West Bengal Assembly passed the Lokayukta (Amendment) Bill, 2018.
i. There are 59 state subjects. The bill allows the Lokayukta to investigate on the other 58 subjects under the State List, with the approval of two-third of the members of the assembly present and voting.
ii. It also doesn’t allow the Chief Minister to matters relating to public order.
iii. Recruitment of police, deployment of forces and any other emergency situations would be regarded as public order.
iv. This Amendment Bill  has been prepared in accordance with the Lokpal and Lokayuktas Act, 2013 passed by the Center and the West BengalLokayukta Act, 2003.
Other States who Passed Lokayukta Bill:
i. Maharashtra was the first state to introduce the institution of Lokayukta through The Lokayukta and Upa-Lokayuktas Act in 1971.
ii. The latest Lokayukta was established in Tamil Nadu On July 09, 2018. 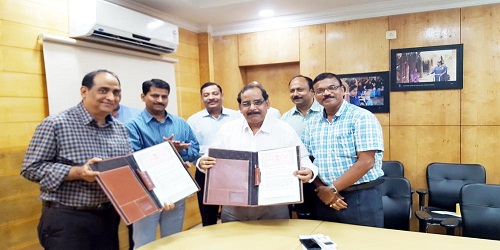 Haryana social justice department to launch special campaign against drug menace
On July 27, 2018, Haryana’s Department of Social Justice and Empowerment announced that a special campaign to control the menace of drugs will be launched. 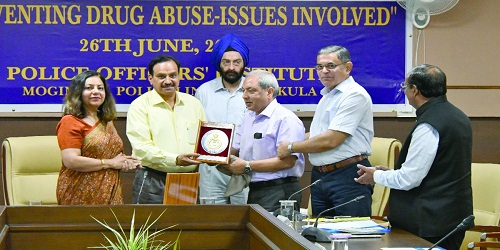 This will be targeted especially in the districts bordering Punjab.
Key Points:
i. For this a task force under the chairmanship of  deputy commissioner at the district level and at the state level under the chairmanship of the chief ministerhas been formed.
ii. This campaign would include : prevention of sale of drugs, treatment of drug addicts, awareness among people about the adverse effects of drugs on their health.
iii. 60 drug de-addiction and rehabilitation centres with NGOs are operating.
iv. Applications from NGOs working for drug de-addiction would be invited by August 14, 2018 and honoured in September or October 2018.
Haryana:
♦ Chief Minister: Manohar Lal Khattar.
♦ Governor: Kaptan Singh Solanki.
♦ Capital: Chandigarh.
♦ National Parks: Kalesar National Park, Sultanpur National Park.
♦ Lakes: Blue Bird Lake, Badkhal lake, Karna Lake, Damdama Lake, Tilyar Lake.

Haryana government constitutes inter-district council
On 25th July 2018, Haryana government has constituted an inter-district council, under the chairmanship of Haryana Chief Minister Manohar Lal Khattar, to identify the developmental priorities of Haryana.
Haryana government constitutes inter-district council:
i. Permanent members of the council: finance minister, development and panchayat minister, urban local bodies minister, presidents of zilla parishads, mayors of municipal corporations and presidents of municipal councils or committees at district headquarters.
ii. Non-permanent members of the council: will be one chairperson of panchayat samiti from each district.
iii. Director, Swarna Jayanti Haryana Institute for Fiscal Management (SJHIFM) will be the member Secretary.
iv. This council will prepare district specific action plans, assessment of development needs, and delegate powers to panchayati raj institutions and urban local bodies.
v. Also, it will review the progress of various flagship programmes of the Centre and the state governments on a regular basis.
Some National Parks in Haryana:
♦ Sultanpur National Park
♦ Kalesar National Park 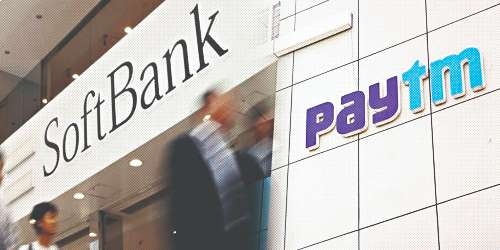 i. The service would be launched by SoftBank’s joint venture company PayPay (with Yahoo Japan). This was established in June 2018.
ii. It would utilise Paytm’s technology and expertise in mobile payments.
iii. This will promote cashless payment in Japan.
Background:
Cash is mainly used for payment in Japan with cashless payments only remaining at 20%.To help and boost the government’s decision of raising the cashless payment ratio to 40 per cent by 2025 this decision was taken.
Paytm:
♦ Founded: 2010.
♦ Founder: Vijay Shekhar Sharma.
♦ Parent Company: One97 Communiations.
♦ Headquarters: Noida, Uttar Pradesh.
♦ Paytm offers mobile payments to over 300 million customers and 8 million merchants in India. i. It was given to him by Culture and Tourism Minister Ashok Chandra Panda at an event organized by  Odisha Sahitya Akademi.
ii. The award carries a citation and cash prize of Rs 1 lakh.
iii. He was given the award for his life time contribution to Odia literature.
iv. Apart from Mr.Rath, the Akademi also felicitated 15 other litterateurs of the state.
About Ramakanta Rath:
i. He is a former chief secretary of Odisha and a Padma Bhusan awaredee.
ii. He got Sahitya Akademi Award in 1977, Saraswathi Samman in 1992, Bishuva Samman in 1990.
iii. Among his poems, Sriradha is considered as a modern classic. Key Points:
i. It is the highest environmental honour instituted by the United Nations.
ii .CIAL will be given the award in on the sidelines of the UN General Assembly  ceremony in New York on September 26.
Achievements of CIAL:
i. Cochin Airport a first in the world to be fully powered by solar energy.
ii. By September 2018, the solar capacity at CIAL will be increased to 40 MWp.
iii. It will give 60 million units per annum power and save  Rs 40 crore per annum  of the airport.
iv. This will also avoid CO2 emissions by more than 9 lakh metric tons over the next 25 years equivalent to planting 90 lakh trees.
v. The airport stands fourth in the country in terms of international traffic and seventh in total traffic has handled 10 million passengers in 2017-18.
About CIAL:
CIAL, the company which owns and operates country’s first airport which became power neutral in August, 2015 with the commissioning of its 12 MWp solar power plant.
About Champion of Earth award:
♦ Founded: 2005.
♦ Purpose: to recognise outstanding environmental leaders in public and private sectors.

i. The 65-year-old cricketer-turned-politician is representing Tehreek-e-Insaf party (PTI).
ii. He is expected to get as many as 119 seats of the 270 national assembly seats contested.
iii. He contested against Shahbaz Sharif, who heads the Pakistan Muslim League (Nawaz).
iv. He will replace former Pm Nawaz Sharif.
Pakistan:
♦ Capital: Islamabad.
♦ Currency: Pakistani Rupee.
♦ President: Mamsoon Hussain. 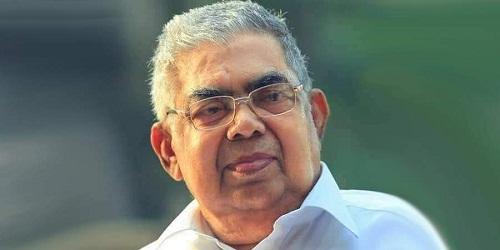 Death of Cherkallam Abdullah:
i. Cherkallam Abdullah was 76 years old. He is a four-time MLA from Manjeswaram in Kasaragod district.
ii. He was the Minister for Local Self Government from 2001 to 2004. He was also a senior IUML (Indian Union Muslim League) leader. 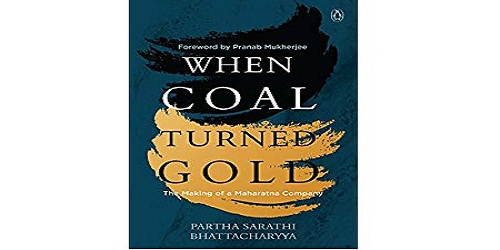 When Coal Turned Gold: The Making of a Maharatna Company:
i. This book talks about the transformation of Coal India Ltd’s (CIL) from a loss-making enterprise into a profitable Maharatna PSU.
ii. When the Coal India Ltd’s (CIL) was given the Navratna status in October 2008, the government mandated the company to get listed in the stock exchange within 3 years.
iii. CIL’s then Chairman Partha Sarathi Bhattacharyya headed the initial public offering (IPO) in 2010 and made it a success.
About Coal India Ltd’s (CIL):
♦ Chairman – Anil Kumar Jha
♦ Head Office – Kolkata