We are here for you to provide the important current affairs July 22 2018 which have unique updates of all daily events from all newspapers such as The Hindu, The Economic Times, PIB, Times of India, India Today, Indian Express, Business Standard, all Government official websites. Our complete current affairs helps you to get more marks in Banking, insurance, UPSC, SSC, CLAT, Railway and all other competitive Exams. Rajya Sabha passes Prevention of Corruption (Amendment) Bill, 2013
On July 22, 2018, The Rajya Sabha passed the Prevention of Corruption (Amendment) Bill, 2013.
i. This bill seeks to make giving bribes to a public servant an offense and there is a provision of punishment.
ii. A person who is compelled to give a bribe will not be charged if he/she reports the matter to law enforcement authorities within seven days.
iii. This was first discussed in the Standing Committee  Law Committee after holding consultations in the Select Committee.
iv. According to the bill, the criminal conduct has been categorized to only 2 types: illegitimate wealth, misappropriating of property.

The Medini Puraskar Yojna Scheme : awarding writings of Hindi authors about green issues reintroduced
On July 22, 2018, The Environment Ministry re-introduced the ‘Medini Puraskar Yojna’– a scheme that awards Indian authors for their original work in Hindi on environment, pollution and climate change subjects.
Objective:
It aims to encourage Hindi authors to write on environmental topics.
Key Points:
Eligibility:
i. Under this there will be four awards for authors of various environmental topics and
ii. The subjects include:

iii. Indian authors who publish books on any of the above subjects are eligible to participate in ‘Medini Puraskar Yojna.
About the Award:
i. Rs one lakh will be given as first prize, Rs 75,000 as second prize and Rs 50,000 as third prize.
ii. There will also be a consolation prize of Rs 25,000 and each author will receive a citation.
iii. The award would be administered by Environment Ministry and shall commence from April 1 of each financial year annually.
iv. Under the chairmanship of additional secretary of the ministry an ‘Environment Committee’ would be set up which will assess the books submitted for consideration.
v. The recommendations would be submitted to the secretary to the government.
Environment Ministry:
♦ Minister: Dr.Harsh Vardhan. 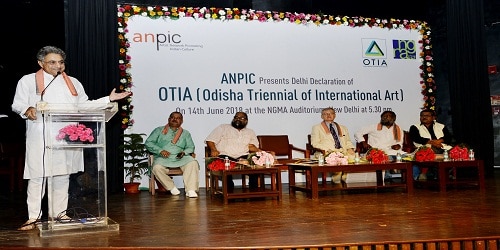 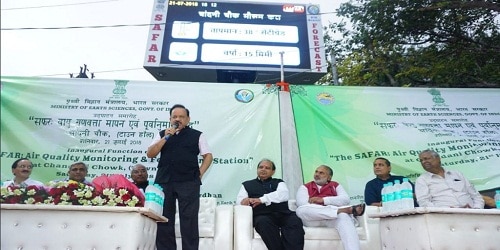 Objective:
It will give out real-time air quality index on 24×7 basis with colour coding along with 72-hour advance forecast.
Key Points:
About SAFAR:
i. It is a giant true color LED display that gives out real-time air quality index on a daily basis.
ii. It has been developed indigenously by Indian Institute of Tropical Meteorology, Pune and operationalized by India Meteorological Department (IMD).
iii. It will be an integral part of India’s first Air Quality Early Warning System.
iv. It will be implemented in four cities of India – Delhi, Pune, Mumbai and Ahmedabad as an operational service.
v. Implementing it in the right way (even by 5% of citizens ) would save nearly Rs. 2,500 crores in terms of health-related cost.
vi. It would also benefit cost savings to several other sectors like agriculture, aviation, infrastructure, disaster management skill, tourism and many others
How it will work:
i. Based on the Air Quality Index on a particular day, citizens would be notified of any precaution to be taken for health and skin.
ii. Other areas of work include: monitoring and forecasting of regular air quality and weather parameters, measurement of  sun’s UV-Index , measurement of online automatic ultrafine particles PM1 and Mercury.
iii. It will monitor all weather parameters like temperature, rainfall, humidity, wind speed and wind direction.
iv. Along with that, air quality parameters like PM2.5, PM10, Sulfur Dioxide, Ozone, Nitrogen Oxides, Carbon Monoxide and existence of Benzene, Toluene and Xylene will also be monitored.
India Meteorological Department (IMD):
♦ Headquarters: New Delhi.
♦ Founded: 1875 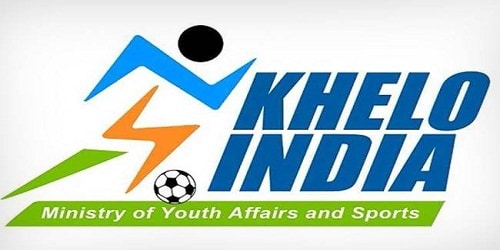 Objective:
Developing a sports system that connects local potential to global podiums.
Key Points:
Under the meeting conducted for this purpose following steps were taken:
i. A talent identification committee was formed comprising Arjuna Awardees and Dronacharya Awardees.
ii. It would shortlist and propose the names of the beneficiaries to the High Powered Committee.
iii. An annual stipend of Rs. 1.2 lakhs will be given to the players on a quarterly basis. This would include training, development, boarding and lodging and tournament exposure apart from offering them out of pocket expense allowance.
iv. Support and skill trainings at KHELO INDIA accredited Academies. For this purpose Committee has accredited 21 non-SAI academies as well.
v. A strong performance management system would be constituted and performance be rewarded.
vi. Timely rehabilitation of injury should be offered and a performance monitoring system would also be put into place.
KHELO India School Games:
Khelo India School Games (KISG), meaning Play India School Games, held annually beginning from 31 January 2018, are the national level multidisciplinary grass root games in India for the under-17 years school kids. Every year best 1000 kids will be given an annual scholarship of INR 500,000 for 8 years to prepare them for the international sporting events.
Small state of Haryana was the top team in 2018, followed by Maharashtra. 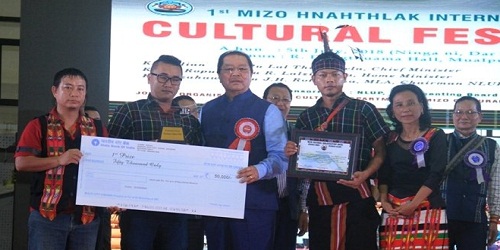 i. It saw huge participation from the Mizo tribal community living in different places and region.
ii. It showcased rich cultural folk dances, colourful traditional attires, mass bamboo dance.
iii. The Chakma and Hmar communities of Mizoram portrayed their agricultural dances.
iv. Other cultural troops of neighbouring states participated were: Assam, Manipur, and Tripura as well as Myanmar and Bangladesh.
v. Stalls of local artisans displayed colourful handmade traditional costumes.
Background:
The festival is aimed at uniting the Mizo ethnic community socially and culturally under a single platform.
Other Major Festivals of Mizoram: 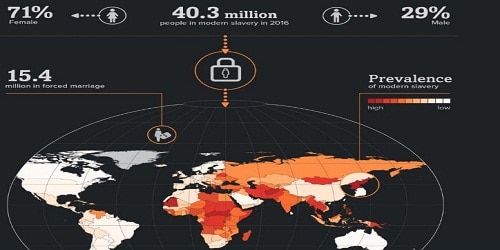 Objective:
To pressure governments and companies to do more to end modern slavery.
Key Points:
About the index:
i. The reason for such slavery is import of USD 354 billion worth of goods by G20 countries
ii. The report cites coal, cocoa, cotton, timber and fish as among the products.
iii. Repressive regimes are of particular concern because their populations are put to work to prop up the government.
Among the Countries:
i. North Korea has the highest concentration of modern slavery where one in 10 people are in this condition.
ii. Other countries who have been ranked  Eritrea, Burundi, the Central African Republic, Afghanistan, Mauritania, South Sudan, Pakistan, Cambodiaand Iran.
iii. Most action taken by the following governments:
Netherlands, US, UK, Sweden, Belgium, Croatia, Spain, Norway, Portugal, Montenegro.
Highlights from the report:
i. Among the total enslaved, 29% is male and 71% female.
ii. 15.4 million is in forced marraiges.
iii. 24.9 million in forced labour.
iv. Among the G20 countries 12 countries are not taking actions, and 7 countries are taking action.
v. Australia has announced it will introduce supply chain transparency laws in the second half of 2018.
About Walk Free Foundation:
It is an anti-slavery campaign founded by Australian billionaire Andrew Forrest. 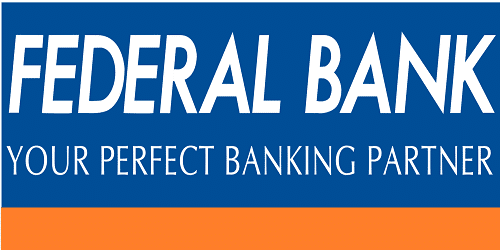 Federal Bank gets RBI nod to enter Bahrain, Kuwait, Spore:
i. Federal Bank is waiting for local clearances to start operations. It already has representative offices in Abu Dhabi and Dubai.
ii. Federal Bank does not have any plans to increase its presence in India. It will focus on the digital alternatives to reach out to more customers.
iii. Federal bank will focus more on the unsecured lending segment, where it stands at Rs 380 crore currently.
About Federal Bank:
♦ Headquarters – Kochi
♦ CEO and MD – Shyam Srinivasan

Cochin Port signs work order for state-of-the-art Cruise Terminal
A new Cruise Terminal capable of handling 5000 tourists will be set up at Ernakulum Wharf of Cochin Port by February 2020. On 20th July 2018, Cochin Port Trust issued work order to the contractor for starting the construction of the new Cruise Terminal.
Cochin Port signs work order for state-of-the-art Cruise Terminal:
i. The cruise terminal will be on a 2253sq mtrs area. It will have facilities like passenger lounge, crew lounge, 30 immigration counters, 8 customs clearance counters, 7 security check counters, Wi-Fi, tourist information counter, duty free shopping, souvenir/artefact/curio shops, medical care, book store, mini conference hall, gaming zone, ATM/bank services, foreign exchange counter, cafeteria, luggage counter, toilets, parking area for buses and cars, trolleys, wheel chairs etc.
ii. The estimated cost of construction of the terminal is Rs 25.72cr. Out of this Rs 21.41cr has been sanctioned by Ministry of Tourism.
iii. Cochin is one of the major cruise tourism destinations in India. It has been getting nearly 40 cruise liners every year.
iv. It is estimated that every cruise tourist spends on an average 400 US Dollars per day during local visits.
v. At present, cruise vessels of length up to 260mtrs are handled at the BTP berth and Samudrika cruise passenger facilitation centre. Vessels of length over 260mt are handled at Ernakulam Wharf.
Some wildlife sanctuaries in Kerala:
♦ Wayanad Wildlife Sanctuary
♦ Shendurney Wildlife Sanctuary
♦ Kurinjimala Sanctuary

Athena- a new satellite to provide broadband access to unserved and underserved areas will be launched by Facebook in 2019
On July 21, 2018, Facebook announced that it is aiming to launch, ‘Athena’, its own internet satellite, early in 2019.
Objective:
To connect billions of people who are still offline.
Key Points:
i. It would provide broadband access to unserved and underserved areas throughout the world.
ii. Facebook has filed to the US Federal Communications Commission (FCC) as an applicant for the project, under the name PointView Tech LLC.
Other Projects of Facebook:
i. Aquila Mission to develop high-flying solar-powered drones to to develop high-flying solar-powered drones.
ii. A small helicopter drone project that could temporarily replace cellular services  in emergency situations.
Although these projects have been discontinued by Facebook now.
Other similar projects by other organizations:
Elon Musk’s SpaceX and Softbank-backed OneWeb  are two other prominent names who have similar ambitions.
Facebook:
♦ Headquarters: California, US.
♦ CEO: Mark Zuckurberg.

Muhammed Anas Yahiya breaks own national 400 metres record:
i. Muhammed Anas Yahiya set the new record when he won gold medal with a time of 45.24 seconds in the 400 metres race.
ii. His earlier national record was 45.31 which he set when he finished fourth at the Gold Coast Commonwealth Games.
iii. He became the second Indian sprinter to reach the finals of the one-lap event at the Commonwealth Games in Gold Coast after Milkha Singh.
iv. In the women’s event, MR Poovamma won gold medal with a timing of 53.01 seconds.
v .Rajiv Arokia secured third position in the men’s 200m event with a time of 20.77 seconds.
vi. In the Asian Championships 2017 in Bhubaneswar, Muhammed Anas Yahiya had won the gold medal after finishing in 45.77 seconds.
Some important stadiums in India:
♦ Moti Bagh Stadium – Baroda, Gujarat
♦ IPCL Sports Complex Ground – Baroda, Gujarat
♦ Madhavrao Scindia Cricket Ground – Rajkot, Gujarat

Pakistan’s Fakhar Zaman becomes quickest player to reach 1000 runs
On 22nd July 2018, Pakistan batsman Fakhar Zaman became the quickest player to reach the 1000 runs in one-day internationals (ODI). He achieved this mark during the 5th and final ODI of the ongoing five-match series against Zimbabwe.
Fakhar Zaman becomes quickest player to reach 1000 runs:
i. Fakhar Zaman has broken the record of West Indies cricketer Vivian Richards. Fakhar Zaman took 18 innings to reach the 1000 mark. Vivian Richards had achieved this mark in 21 matches.
ii. Fakhar Zaman is 28 years old. He played his first ODI in the ICC Champions Trophy 2017.
iii. His innings of 210 runs in the 4th match against Zimbabwe was the first double century in the ODI format by a Pakistani cricketer.
iv. Also, he is the eighth overall after Rohit Sharma (thrice), Sachin Tendulkar, Virender Sehwag, Chris Gayle and Martin Guptill.
v. Fakhar Zaman has scored 3 centuries and 5 half-centuries in 18 ODIs that he has played so far.
About Board of Control for Cricket in India (BCCI):
♦ CEO – Rahul Johri
♦ Headquarters – Mumbai 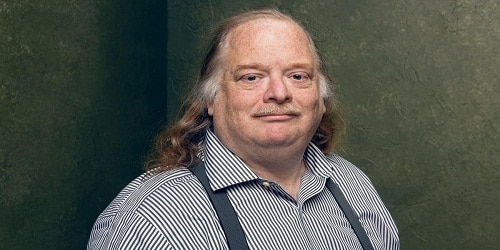 Death of Jonathan Gold:
i. J onathan Gold was 57 years old. He became the first restaurant critic to win a Pulitzer Prize for criticism in 2007.
ii. He worked for Los Angeles Times as restaurant critic. He was the subject of a documentary named “City of Gold” released in 2015. It was directed by filmmaker Laura Gabbert.