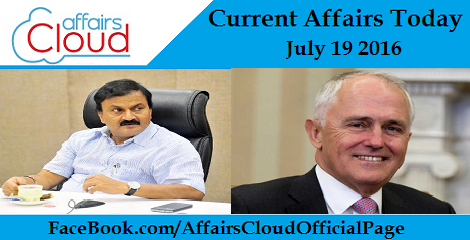 Following the authorization by the voice note of Rajya Shaba, the Regional Centre for Biotechnology Bill, 2016 was passed by the parliament on July 18.

Aims of this Research Centre Bill:-

With the onset of this bill, Indian Council of Medical Research (ICMR) and Department of Bio-technology (DBT) have developed in-depth guidelines in the area of stem cells that are being dynamically implemented and violation of which are being addressed by the appropriate authorities.

This kind of Development in biotechnology sector at a higher pace has resulted in a bigger demand for highly specialized cadre of scientists capable of translating laboratory research to clinical practice. Still, there is a requirement of domain-specific training programmes for enhancing skills for the scientists working in biotechnology industry as well. In order to address this requirement Biotechnology centre has been established in orderto enhance our ability to innovate in the local context which can be further extended to education and training in biotechnology.

The tax department inked seven one-sided advance pricing agreements (APAs) with taxpayers in the various sectors of the Indian economy like banking, information technology and automotives in order to minimize judicial proceedings by providing certainty in the domain of transfer pricing.

These 7 pacts which relates to international transactions include

i.Indian Railway Ministry has originated an offer to introduce TRI-NETRA systems on locomotives in order to enhance the vision of Locomotive Pilots in merciless weather conditions.
ii.TRI-NETRA stands for Terrain Imaging for Diesel Drivers Infra-red, Enhanced Optical and Radar Assisted System.
iii. Being forefront runner India has introduced this scheme in order to help the train pilots to steer in bad weather conditions, in averting train collisions and Preventing derailment and accidents on unmanned railway crossings.
iv.This system constitutes of a high-resolution optical video camera, high sensitivity infra-red video camera and also a radar-based terrain mapping system.
v.With the aid of these technologies, A Loco Pilot will be able to see the terrain ahead of the running locomotive during inclement weather by combining the images captured by these cameras and thereby creating a composite video image which will be displayed in front of him through a monitor.
vi. The concept of TRI-NETRA was developed by Development Cell under the guidance of Member Mechanical of the Railway Board while in sighting on the ways to use the technology employed by fighter aircrafts to see through clouds and operate in pitch darkness.

i.Gujarat based Sardar Sarovar Dam at Kevadia in Narmada district have become operational that with six power producing turbines at its full capacity after 65,000 cusec of water was released.
ii.The turbines coupled with generator has 200 MW peak power capacity of each have been generating power because of the high flow of water in the river since a week. The totaled installed capacity power producing house is 1200 MW.
iii.Over 57% of electricity generated is supplied to Madhya Pradesh, 27% to Maharashtra and 16% to Gujarat.The plant has capacity of 1450 MW, which includes five canal based power house at Sardar Sarovar dam.
Important Power Stations in Gujarat: 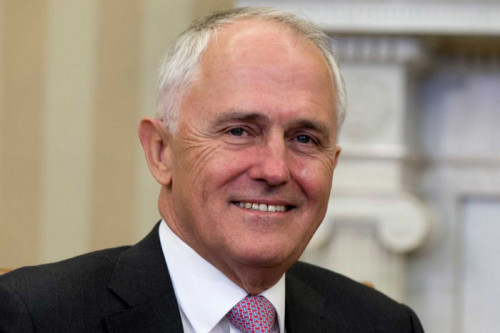 i.Liberal Party Leader Malcolm Turnbull elected as the Prime Minister of the Australia’s jumbo cabinet for the second term.
ii.The swearing in ceremony for the 29th PM took place in Canberra. He is re-elected as the PM after a close shave victory in the recent parliamentary elections
iii. Being re-elected as a PM for the second term, He pledged to keep his top priority to budget repair and a public vote on same sex marriage.
iv.General Elections were conducted on July 12, and his party has a slimmest victory by securing 76 seats out of 150 parliamentary positions.
v.This 62 years old new PM has a hectic task ahead with increasing opposition parties in the parliament for governing – constructively working and engaging with the other parties in the Parliament, to deliver a strong and secure future – the strong economic leadership to the 24 million Australians.
About AUSTRALIA

i.India based largetst FMCG Company Dabur signed an MoU with DIHAR – Defense Institute of High Altitude Research, A regulatory body governed by DRDO.
ii.This MoU is agreed to establish sustainable cultivation of rarefied medicinal plants in Ladakh, one of the most difficult tracts in the world.
iii. Dabur and DIHAR altogether is going to educate farmers in the Leh-Ladakh region about high altitude medicinal plant species. This will enhance the livelihood of villagers in the cold desert area by involving them in the cultivation of medicinal plants.
iv. This agreement also ensures implementing steps for the conservation and environmental development in Leh-Ladakh region with a service line survey of the area for cultivation of highly endangered medicinal plant species.
v.It will also focus on development of a self-sustainable system by creation of a value chain for the targeted endangered species and sustainable management of bio-resources by implying scientific agronomy practices and thereby ensuring biodiversity conservation.

India, WHO tie up for promotion of Yoga, Ayurveda

i.Indian-origin Ex-President of Singapore S R Nathan has been awarded with the Outstanding Member of the South Asian Diaspora award for his contribution in shaping ties with India.
ii.Nathan who served as President between 1999 and 2011, is a sixth president of the country. He was awarded by the Institute of South Asian Studies (ISAS) at the 3rd South Asian Diaspora Convention (SADC).
iii.The Tamil descent Nathan is also recipient of Pravasi Bharatiya Samman, who has credited for beginning SADC collected with ISAS and remains one of the strongest voice for association and dialogue with India.

Former Commerce Ministry Joint Secretary Guruprasad Mohapatra sworn in as the new Chairman of the AAI – Airport Authority of India.
About AAI

i.This Odisha-born bureaucrat belongs to the 19896 batch of IAS cadre. This Bureaucrat has an MA in Political Science, MPhil in Diplomacy (International Relation) and also an MBA degree.
ii.Priory he functioned as a Managing Director of Gujarat Alkalis and Chemicals Ltd (GACL), Gujarat Narmada Valley Fertilizers Company Ltd (GNFC) and as Municipal Commissioner in Surat from 1999 to 2002.
iii. He also served as a Sales Tax department as Special Commissioner (Enforcement), and as a Commissioner of Commercial Taxes and as the Commissioner of Transport.

i.Respected economist, an expansive and unorthodox thinker, Mr. Paul Romer has been appointed as a Chief Economist of the World Bank.
ii.World Bank Group President Jim Yong Kim declared this appointment in this crucial time when the field of development is transforming under the forces of rapid technological change, globalization, and demography.
iii. Being appointed as a Chief Economist, Romer will support the President and the senior management in leading the institution and inspiring the development profession during this time of transformative change.
iv.This 60 years old Paul Romer replaced the retiring Kaushik Basu, a former Indian government economics adviser.
v.It is noted that Paul Romer is a advocator of “endogenous growth theory,” which envisages that investments in human capital, innovation and knowledge are significant contributors to the economic growth.
About WORLD BANK GROUP 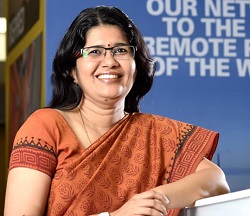 i.American financial services company Western Union has appointed Sohini Rajola as Regional Vice President who will be responsible for managing and developing the Western Union business across India, .iiSri Lanka, Nepal, Bangladesh, Maldives and Bhutan.
ii.Prior to this appointment Rajola was the Senior Vice President at Axis Bank where she was responsible for designing and leading the digital strategy of the bank.
iii.With respect to remittances India is the world’s largest recipient country and is key to Western Union’s growth strategy. i.SoftBank Group Corp., A Japanese internet and telecommunications conglomerate acquired the global chip industry on July 18 with a whooping $32 billion deal to acquire ARM Holdings PLC, the U.K.-based designer of the microprocessors that power more than 95% of the world’s smart phones.
ii.This huge deal would give the Japanese company control of a firm whose chip designs has a major presence in mobile processing, with its processor and graphics technology used by Samsung, Huawei, and Apple in their in-house microchips.
iii. Softbank’s acquisition of ARM represents one of the biggest takeovers of a European technology business. ARM is based in Cambridge, U.K. and employs around 4,000 people.
iv.This deal provoked out after few weeks of BREXIT, and the Japanese giant promised to preserve the ARM organization, including existing senior management team, brand and culture and also ARM’s headquarters will remain in Cambridge while Softbank pledged to double the employee headcount in the U.K. over the next five years.
v.This is a Softbank’s largest takeover till date and marks a departure for a group whose tech and telecom portfolio ranges from U.S. carrier Sprint to a stake in Chinese e-commerce giant Alibaba and humanoid robot ‘Pepper’. 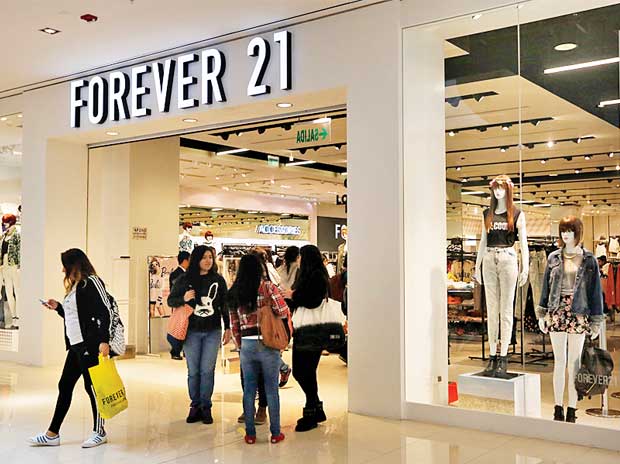 i.Aditya Birla Fashion and Retail (ABFRL) is all set to acquire American fast fashion retailers Forever 21′ in the Indian market for USD 26 million, which is around Rs 175.52 crore.
ii.ABFRL in May this year announced to ink a MoU with Forever 21 to acquire its online and offline rights for the Indian market.
iii.After PFRL was renamed as Aditya Birla Fashion and Retail, with over 7,000 points of sale in over 375 cities and towns.

i.Astronomers has confirmed a treasure trove of new worlds with over 100 new planets by the help of Nasa’s Kepler spacecraft on its K2 mission.
ii.The Missions findings made a total 197 initial planets, of which astronomers confirmed 104 planets outside our solar system. All the discovered planets are 20 and 50 % larger in diameter size than Earth.
iii.Nasa’s Kepler’s K2 mission findings were based on measuring the subtle dip in a star’s brightness caused by a planet that has provided an ecliptic field of view with greater opportunities for Earth-based observatories in both the northern and southern hemispheres. i.Fabled Playback singer Mubarak Begum passed away after a long illness in Mumbai
ii.From 1950s to 1970s she ruled the bollywood industry with her mesmerizing voice in songs and ghazals.
iii. She made her debut in 1949 and her voice on screen is a track from To Diwana Hai in 1980.
iv. Mubarak Begum started her career with light music recitals performed for All India Radio. Her career as a playback singer began in 1949 with the Indian, Hindi-language film Aaiye.  The first song she recorded for films was “Mohe Aane Lagi Angrayi, Aja AjaBalam“. A major hit in her career was the song “Kabhi Tanhaiyon Mein Yun” for composer Snehal Bhatkar in Kidar Sharma’s film Hamari Yaad Aayegi.
v.It is noted that she registered her voice in around 115 Bollywood movies.