We are here for you to provide the important current affairs july 15 2017 which have unique updates of all daily events from all newspapers such as The Hindu, The Economic Times, PIB, Times of India, India Today, Indian Express, Business Standard, all Government official websites. Our complete current affairs helps you to get more marks in Banking, insurance, UPSC, SSC, CLAT, Railway and all other competitive Exams. 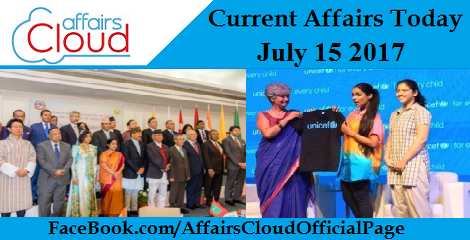 Gadkari inaugurate Road Congress Meet in Udaipur
Union Minister of Road Transport and Highways Nitin Gadkari will inaugurate the 212th meeting of Indian Road Congress (IRC) in Udaipur, Rajasthan
Key Points:
i. The Indian Road Congress is the apex body of highway engineers in the country.
ii. During his one-day visit, he will also attend a discussion by Udaipur chamber of commerce on economic growth of Rajasthan with development of roads and infrastructure. 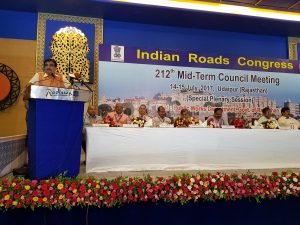 iii. According to a spokesperson of the state transport department Rajasthan Transport Minister Yunus Khan would also accompany him.
About Udaipur
♦ Udaipur is known as city of Lakes.
♦ Founded by MaharanaUdai Singh II
♦ Udaipur has many famous lakes like Lake Pichola ,FatehSagar lake, Rang Sagar, Swaroop Sagar

Haryana govt to set up ornamental fish hatchery in Jhajjar
Haryana government has decided to set up a modern ornamental fish hatchery in Jhajjar district announced on 12th of July 2017.
Key Notes:
i. It total estimated cost of Rs 13.68 crore and will be the first-of-its-kind project in the country.
ii. It has been proposed that 16,000 acres of water-logged land in district Jhajjar and Charkhi Dadri be developed for fish farming.
iii. It has been said that it will be a new source of income for the farmers.
iv. Under the scheme, shrimp rearers would be provided 50% grant of the total unit cost and for this the state government has made a provision of over Rs 51 crore.
v. The National Bureau of Fish Genetic Resources has declared Haryana as a fish disease-free state.
vi. The 18,975 hectares water area has been brought under fish farming in 2016-17 by increasing 16,921.69 hectares of water area in the year 2013-14.
vii. Haryana is at second position in the country with fish production of 7,200 per kilogram per hectare per year in the year 2016-17 and 5,800 per kilogram per hectare per year in 2013-14.
viii. The fish production would be increased to 10,000 per kilogram per hectare per year in 2017-18.
About Haryana
♦ Capital: Chandigarh
♦ CM: ManoharLalKhattar
♦ Governor: Kaptan Singh Solanki

MoU signed for promoting regional air connectivity in Bihar
A MoU was signed for promoting regional air connectivity in Bihar on 14th of July 2017.
Key Points:
i. The MoU has been signed in presence of Union Civil Aviation Minister Ashok GajapatiRaju and Chief Minister Nitish Kumar Kumar.
ii. Under regional connectivity Purnea, Bhagalpur, Darbhanga, Saharsa and Valmikinagar have been chosen in Bihar.
iii. A meeting includes high level review for expansion and development of existing airports in Bihar.
iv. A 126 acre land has been acquired for new Bihta Airport.
v. In the next three months 108 acre land would be transferred to Airports Authority of India.
vi. Consent has been given for acquiring 50 acre land at Purnea while 30 acre has 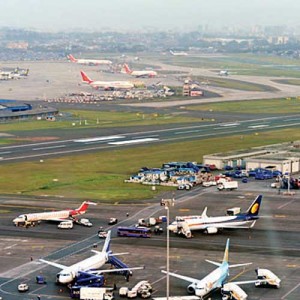 Eighth meeting of SAARC Ministers of Law & Order held in Colombo
8th meeting of the South Asian Association for Regional Cooperation (SAARC) Ministers of Law and Order (Interior/Home Affairs) was held in Colombo, Sri Lanka from 11th – 13th July, 2017.
i. The meeting held discussions on a wide range of issues related to SAARC countries including the development and implementation of SAARC Visa Exemption Stickers Scheme in order to ease visa processing for citizens of member nations while travelling within SAARC countries.
ii. Issues of growing cyber crimes in the context of rapidly developing information technology and ways to curb them, immigration, crime control, security arrangement, among other regional issues, were also discussed at the meeting. 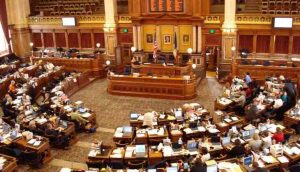 World’s First Saola breeding centre in Vietnam
The world’s first centre is being constructed in Vietnam’s central region for breeding Saola. Saola, a critically endangered hoofed mammal is identified by two parallel horns with sharp ends, which can reach 51 centimetres in length and are found on both males and females.
♦ The centre is located in Bach Ma National Park in Thua Thien Hue province.It will be expected to open in 2018 as a joint effort by the Saola World Working Group and the International Union for the Conservation of Nature.
Key facts about Saola
i. The saola, or Asian bicorn, also, infrequently, is one of the world’s rarest large mammals, a forest-dwelling bovine found only in the Annamite Range of Vietnam and Laos.
ii. Related to cattle, goats, and antelopes the species was defined following a discovery of remains in 1992 in Vũ Quang Nature Reserve by a joint survey of the Vietnamese Ministry of Forestry and the World Wide Fund for Nature.
iii. A living saola in the wild was first photographed in 1999 by a camera trap set by WWF and the Vietnamese government’s Forest Protection Department (SFNC).
♦  Kingdom : Animalia;     Class : Mammalia;      Family : Bovidae
♦  Subfamily : Bovinae;     Species   :    P. nghetinhensis

Senior IRS Officers Arbind Modi and Bajrang Dass Vishnoi appointed CBDT Members
Senior bureaucrats Arbind Modi and Bajrang DassVishnoi were appointed as members of the Central Board of Direct Taxes (CBDT). It is the apex policy- making body of the Income Tax department.
Key Points:
i. The CBDT is headed by a chairman and can have a maximum of six members.
ii. Both of them are 1981-batch officers of Indian Revenue Service (Income Tax cadre).
iii. According to the Department of Personnel and Training (DoPT) they will hold the office till the date of their superannuation.

Tata Sons appoints Aarthi Subramanian as Chief Digital Officer
Tata Sons has appointed Aarthi Subramanian as the group’s Chief Digital Officer. It is the holding company of salt-to-software Tata Group.
Key Points:
i. Aarthi is currently the Executive Director at Tata Consultancy Services (TCS).
ii. She will take up her new role in August this year.
iii. She has 26 years of experience in the global technology sector and she started her 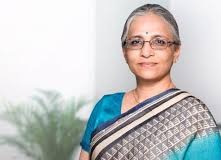 career with TCS.
iv. She has worked in diverse roles in India, Sweden, the US and Canada, Tata Sons.
v. Subramanian is a graduate of Computer Science from the National Institute of Technology, Warangal, and holds a Master’s degree in Engineering Management from University of Kansas, USA.
vi. She will play a key role in driving digital adoption across group companies as well as the group’s digital initiatives. 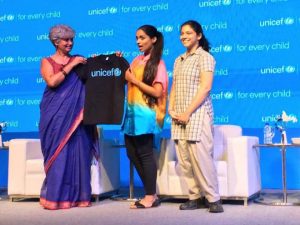 ii. It is a programme for youth that brings them together to support their peers and communities in taking action on issues such as health, hygiene, child labour and gender equality.
About UNICEF
♦ Established on 11 December 1946.
♦ HQ: New York city, Geneva
♦ Executive Director: Anthony lake 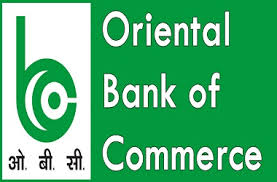 i. Mukesh is at present the executive director in Punjab and Sind Bank.
ii. He will be served for a period of 3 years.
About OBC
♦ HQ: Gurgaon India
♦ Founded: 19th Feb

Russia’s Soyuz rocket lifts off with 73 satellites from Kazakhstan
On July 14, 2017, Russian Soyuz Rocket lifted off from Baikonur Cosmodrome in Kazakhstan and deployed 73 satellites into three different orbits.The satellites were launched by Glavkosmos, a subsidiary of the Russian space agency, Roscosmos.
i. The largest payload is named Kanopus-V-IK, a Russian government satellite equipped with Earth-viewing cameras to map the planet in colour to aid emergency responders, crop managers and environmental scientists. The Kanopus-V-IK satellite weighs approximately 500 kilograms.
ii. Among the secondary payloads were 48 Dove satellites from Planet, completing the company’s initial constellation of remote sensing CubeSats (type of miniaturized satellite for space research that is made up of multiples of 10×10×10 cm cubic units). 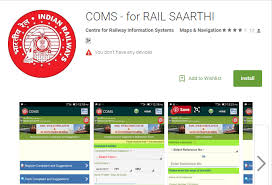 ii. In order to provide better customer experience, there was a need for an integrated application which could give a single window interface for these services.
iii. The Rail SAARTHI (synergised advanced application rail travel help and information) such as safety for women, complaint facility and suggestion for improvement.
iv. As per Suresh Prabhu aquota facility for differently-abled people in 3AC coach will also be available.
v. The quota provision was only in the sleeper class 2 berths which has now been extended to the 3AC as well.
vi. The railway also extends the advance booking period for foreigners to 365 days from present 120 days.

Misbah-ul-Haq awarded honorary life membership by Marylebone Cricket Club
Former Pakistan test captain Misbah-ul-Haq was honoured with Honorary Life Membership by the Marylebone Cricket Club (MCC) on 15th of July 2017.
Key Points:
i. The 43-year-old Misbah is the 22nd Pakistani to receive the honour.
ii. The other Pakistani received the award like Mushtaq Mohammad, Zaheer Abbas, Imran Khan, WasimAkram, WaqarYounis and JavedMiandad.
iii. Misbah was presented with the membership at the Lord’s Cricket Ground during the rain-interrupted match between Afghanistan and the MCC XI earlier this week.
iv. The last Pakistani to receive the honour was Ramiz Raja, who was awarded membership in 2015.
Marylebone Cricket Club (MCC) :
♦ Founded: 1787
♦ Founder: Thomas Lord
♦ CEO: Derek Brewer

Key Points:
i. The book “Ganga Avahan is the Epic Tale of a Historic Swim“. It is on the first-ever human effort to swim down the entire stretch of the river.
ii. The coffee table book chronicles includes there entire fascinating journey, detailing experiences, and challenges of the civilizational cradle that is the Ganga.
iii. The Foreword of this epic expedition is written by the Prime Minister.
iv. It is a nine-member team of three swimmers and the rest are rafters from the three services of the Indian Armed Forces, led by international open-water swimmer Wing Commander Paramvir Singh.
v. It was flagged-off by the Information and Broadcasting Minister M Venkaiah Naidu on the first anniversary of Swachh Bharat Mission on 1st October 2015.
vi.The function was attended by Chief of the Army Staff General Bipin Rawat, Chief of Integrated Defence Staff to the Chairman, Chiefs of Staff Committee (CISC) Lt Gen SatishDua.
vii.The expedition commenced on October 8, 2015 at Devprayag, where Bhagirathi and Alaknanda merge and the Ganga begins and it culminated 43 days later on November 19, 2015. 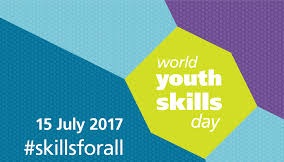 iv.This day is to celebrate the unified efforts and the association in skill training efforts so that they can achieve quality and scale in our ecosystem.
v.SKILL INDIA Mission is the layout of Prime Minister of India, Shri Narendra Modi.
vi.It was during his presence, MSDE had launched the SKILL INDIA Campaign on the occasion of the first ever World Youth Skills Day on 15th July 2015.