We are here for you to provide the important current affairs January 4 2018 which have unique updates of all daily events from all newspapers such as The Hindu, The Economic Times, PIB, Times of India, India Today, Indian Express, Business Standard, all Government official websites. Our complete current affairs helps you to get more marks in Banking, insurance, UPSC, SSC, CLAT, Railway and all other competitive Exams. 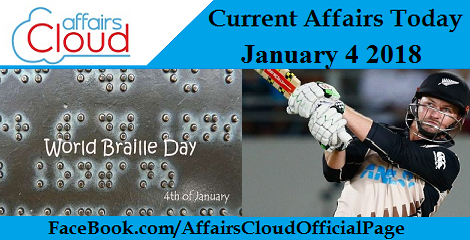 Hyderabad becomes second major city to be declared open defecation free
On January 2, 2018, Greater Hyderabad was declared an open defecation free (ODF) city by the Centre and thereby became second major city (after Mumbai) with over 1 crore population to attain this status.
Hyderabad attains ODF status:
i. Swachh Bharat Mission Directorate of the Ministry of Urban Development grants ODF certificate to a city only if, at any point in the day, not a single person is found defecating in the open.
ii. ODF certificates are granted to the cities based on recommendations by a third party — Quality Council of India, which in turn gives recommendations based on an inspection.
iii. Besides Greater Hyderabad, six other Urban Local Bodies (ULBs) — Warangal Municipal Corporation (GWMC), Jangoan, Miryalguda, Bellampally, Sadashivpet and Mancherial have also been awarded ODF status.
iv. It is to be noted that ODF status fetches additional 110 marks for the city in the Swachh Survekshan 2018.

Government to introduce smart solutions in 7 cantonments
Minister of State for Defence, Subhash Bhamre has informed Lok Sabha that Central Government has identified Delhi and six other cantonments for introducing ‘smart solutions’ and upgrading civic amenities.
Details about Smart solutions in 7 cantonments:
i. Besides Delhi, six other cantonments that have been indentified are Ambala (Punjab), Deolali (Maharashtra), Ferozepur (Punjab), Meerut (Uttar Pradesh), Pune (Maharashtra) and Secunderabad (Telangana).
ii. Under this developmental initiative, online services will be introduced in the cantonments and various amenities and facilities will be monitored through use of information technology.
iii. In 2017, Indian Army had finalised a plan to develop various cantonments in line with the Central Government’s smart city initiative. Extensive deliberations in this regard were held during Indian Army commanders’ conference in 2017.

Govt exempts cruise tourists with e-visa from biometric enrolment till 2020
In a bid to promote cruise tourism in India, Central Government has announced that cruise tourists with e-visas will be exempted from the requirement of biometric enrolment till December 31, 2020.
i. On account of this exemption, immigration clearance of cruise passengers will become faster and passengers will have more time to spend on shore. This is one of the key factors which cruise lines evaluate before deciding whether or not to include a destination in their itinerary.
ii. This move holds significance, as during 2017-18 and 2019-20, many mega cruise ships with 2000-4000 passengers are expected to arrive on Indian shores.
iii. Currently, E-visa has been in place at five major ports of India viz. Mumbai, Mormugao, Cochin, Chennai and New Mangalore.
iv. As per the current rules, biometrics of passengers are required at port of first arrival for immigration clearance. The exemption for E-visa holders will generate a positive experience for passengers as till now the immigration procedure at the cruise terminals at Indian ports was taking more time than the internationally accepted norm clearance within 90 minutes. More Information about Committee to look into old port projects:
i. Union Shipping Minister Nitin Gadkari, Union Law Minister Ravi Shankar Prasad and Niti Aayog Vice Chairman Rajiv Kumar are also a part of this committee.
ii. Currently, there are 10 such old projects, under Union Shipping Ministry, that have halted in non-profitability as operating under the decade old contract conditions have kept them in a state of unviability for years.
iii. Combined estimated value of these projects is Rs 20000 crore.

Open defecation in Maharashtra to invite spot fine of Rs 500
Maharashtra government has imposed a spot fine of Rs 500 for open defecation. Also spot fine is levied for littering, spitting and urinating in public places.
Fine for open defecation in Maharashtra:
i. The urban development department issued a Government Resolution (GR) that has bestowed the municipal corporations and councils with power to issue spot fines on people and institutions as per the Solid Waste Management Act, 2016.
ii. Spot fines for A, B, C and D category of civic bodies are the same. The spot fine rates are as follows:
1.Throwing garbage, dirt or waste material on roads and highways – Rs 150 to Rs 180
2.Spitting in public places – Rs 100 to Rs 150
3.Urinating in public place – Rs 100 to Rs 200
4.Defecating in the open – Rs 500
Some of the dams in Maharashtra:
♦ Tulshi Dam – Tulshi River
♦ Vihar Dam – Vihar River
♦ Ekrukh Dam – Adela river About 3rd Science Film Festival of India:
i. This festival is being jointly organised by the Goa-based Vidnyan Parishad, Entertainment Society of Goa, Goa’s Department of Science and Technology and the Goa College of Art.
ii. A Science Film Making Competition will be the highlight of this festival. The competition will include films of duration of five minutes and those above five minutes.
iii. Winners will be selected for various categories viz. best film, Direction/Research Presentation, Design, Cinematography and Design.
iv. The winners will be awarded cash prizes from the total prize pool of Rs. 1 lakh.

India excludes Pakistan from a SAARC initiative
India has excluded Pakistan from the list of South Asian Association for Regional Cooperation (SAARC) member countries with which it will be connecting its state-of-the-art National Knowledge Network (NKN). 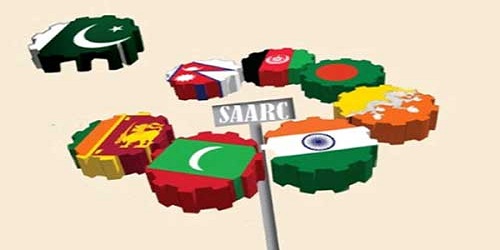 About National Knowledge Network (NKN) and connectivity with SAARC Members:
i. NKN is a multi-gigabit pan-India network aimed at providing a unified high speed network backbone for educational institutions in India. Researchers from different educational networks can collaborate with each other through NKN.
ii. Indian government has started the process of appointing a telecom company that will connect and extend the NKN to research and education networks in Afghanistan, Bangladesh, Bhutan, Maldives, Nepal and Sri Lanka. Pakistan is the only SAARC member country that will not be connected with NKN.
iii. NKN will be connected from these countries either to Delhi, Mumbai or Kolkata, depending on the proximity. Connection from Afghanistan, Sri Lanka and Maldives to India would be through a submarine cable.
Quick Facts about SAARC:
♦ Established in – 1985
♦ Headquarters – Kathmandu, Nepal
♦ Current Secretary-General – Amjad Hussain (Pakistan)

i. Social Bonds are debt instrument, issued to raise funds which is to be deployed in financing/re-financing eligible social projects such as affordable housing, water supply, sanitation, transport etc.
ii. Private sector bank, Yes Bank was the sole investor in these bonds. These bonds have a five-year maturity and will be listed on the National Stock Exchange (NSE) and the Bombay Stock Exchange (BSE) for secondary market trading.
iii. Indiabulls Housing Finance will use the money raised through these bonds for financing the affordable housing sector. It will lend money to individuals and developers under the Pradhan Mantri Awas Yojana.
iv. These bonds will conform to the Social Bond Principles 2017 issued by the International Capital Market Association. Besides, professional service company, KPMG will provide assurance services relating to the usage of the funds for the specified purpose.
Quick Facts about Indiabulls Housing Finance:
♦ Founded in – 2005
♦ Headquarters – New Delhi

MP Govt to impose 50 paise cess on petrol and diesel to fund road infrastructure
On January 3, 2017, Madhya Pradesh government decided to impose 50 paisa cess on per litre of petrol and diesel.
MP Govt’s decision to impose cess on petrol and diesel:
i. Decision in this regard was taken at a Cabinet meeting chaired by Madhya Pradesh Chief Minister Shivraj Singh Chouhan.
ii. Funds raised through this cess will be used for developing and strengthening road infrastructure across Madhya Pradesh and for laying the metro railroad in Bhopal and Indore.
iii. Madhya Pradesh State Government will first bring an ordinance to impose this cess and will Later introduce a bill in the assembly.
iv. Although the date from which the cess will be imposed has not been declared, Government sources have confirmed that it will be only for a stipulated period.
v. Currently 22 per cent and 28 per cent Value Added Tax (VAT) is being charged on per litre of diesel and petrol respectively.
Quick Facts about Madhya Pradesh:
♦ Capital – Bhopal
♦ Current Governor – Om Prakash Kohli
♦ Current Chief Minister – Shivraj Singh Chouhan
♦ Important National Park – Bandhavgarh National Park About Bharat Biotech’s typhoid vaccine:
i. Bharat Biotech has spent Rs. 150 crore to develop this vaccine over a period of 12 years.
ii. On attaining the Pre-Qualification tag from WHO, Bharat Biotech will now have access (procurement and supply) to global public vaccination programmes.
iii. WHO has recommended usage of typhoid conjugate vaccines on infants between 6 and 23 months of age and for children between 2 and 15 years of age.
iv. As per International Health Metrics and Evaluation (IHME) estimates, about 12 million cases of typhoid fever were reported in 2016, resulting in 1.30 lakh deaths globally.
Quick Facts about Bharat Biotech:
♦ Founded in – 1996
♦ Headquarters – Hyderabad, Telangana 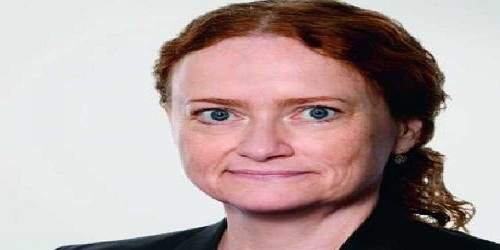 Government launches MyGov platform, seeks suggestions to make living easier for common man
Government has launched MyGov platform to get suggestions from citizens of India from all walks of life.
MyGov platform:
i. The main aim of this platform is to improve citizen-government interface. Officials stated that to implement this, several rules and regulations have to be reformed.
ii .In certain cases, irrelevant rules or rules which are not citizen friendly will be waived. Already hundreds of comments have been registered on the platform, asking for changes in various fields.
Recent online portals launched by government:
♦ e-RaKAM portal – for selling agri products
♦ SHe-box – for sexual harassment complaints
♦ PENCIL – for Child Labour Elimination Primula Zhui:
i. Primula Zhui is known in Chinese as Zhu Hua Baochun. It has been named after Zhu Hua, a Chinese Academy of Sciences (CAS) researcher.
ii. This belongs to the Primulaceae family, also known as primrose family. This has been declared as a critically endangered species as per the classification by the World Conservation Union.
About International Union for Conservation of Nature and Natural Resources (IUCN):
♦ Location – Gland VD, Switzerland
♦ Director General – Inger Andersen
♦ President – Zhang Xinsheng On 4th January 2018, World Braille Day was observed all over the world.
World Braille Day:
i.World Braille Day is celebrated on 4th January every year to mark the birthday of Louis Braille, inventor of Braille system.
ii.Non-governmental organizations utilise this day to spread awareness on the challenges faced by visually impaired persons and to help create opportunities to support them.
iii.Braille system uses bumps and indentation on a surface to represent letters that can be felt by touch.
About Louis Braille:
♦ Born – 4 January 1809
♦ Occupation – educator
♦ Nationality – France