We are here for you to provide the important current affairs January 31 2018 which have unique updates of all daily events from all newspapers such as The Hindu, The Economic Times, PIB, Times of India, India Today, Indian Express, Business Standard, all Government official websites. Our complete current affairs helps you to get more marks in Banking, insurance, UPSC, SSC, CLAT, Railway and all other competitive Exams. 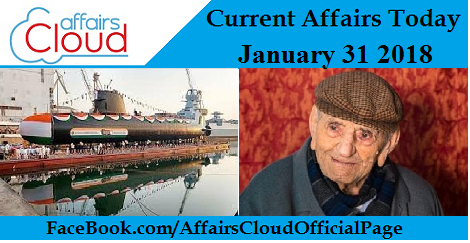 About Mukhyamantri Awas Yojana Gramin:
i. Mukhyamantri Awas Yojana Gramin is for those who have not been covered under Pradhan Mantri Awas Yojna and those who are not beneficiaries of any other government housing schemes.
ii. Under this scheme, Rs 1.30 lakh financial aid (for constructing houses) will be given to people residing in Naxal-affected areas of Uttar Pradesh and Rs 1.20 lakh to selected beneficiaries.
iii. Beneficiaries under this scheme also includes those families, who have been affected with Kala Azar or Japanese Encephalitis and those who belong to Vantangia or Musahar tribes and do not have houses or are living in “Kuchcha” houses.
iv. Uttar Pradesh State Government has already identified about 25000 beneficiaries for this scheme.
Quick Facts about Uttar Pradesh:
♦ Capital – Lucknow
♦ Current Governor – Ram Naik
♦ Current Chief Minister – Yogi Adityanath
♦ Important National Park – Dudhwa National Park

Maharashtra government to give sanitary pads to 7 lakh girls at Rs 5 a pack
On 30th January 2018, the Maharashtra state cabinet approved the introduction of Asmita (dignity), a scheme to provide sanitary pads to 7 lakh girls in government schools for Rs 5 a pack.
Asmita:
i. The scheme Asmita aims to provide sanitary pads at subsidized price to girls in the age of 11 to 19 years.
ii. It has been launched with a motive to increase the usage of sanitary pads in rural areas of Maharashtra from the current usage rate 17 % to targeted 75 %.
iii. Three small scale manufacturers would produce the sanitary pads. It would be supplied through women self- help groups (SHGs).
iv. This scheme will cause a burden of Rs 12.75 crore on the state government annually. This scheme will be launched on 8th March on the World Women’s Day.
v. Apart from school girls, 1.75 crore rural women will also be covered under this scheme. But they will be not be provided subsidized prices, they will have to pay the original price.
Some museums in Maharashtra:
♦ Chhatrapati Shivaji Maharaj Museum of Indian History – Pimpri-Chinchwad
♦ Pragati Aerospace Museum – Nashik
♦ Gargoti Museum – Nashik 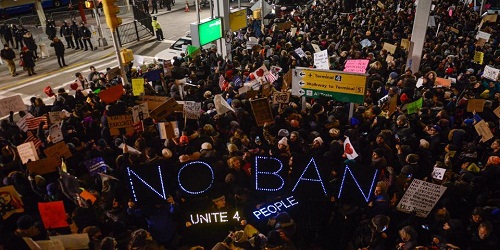 U.S. lifts Ban on Refugees from 11 ‘High-Risk’ Countries:
i. US has lifted its ban on refugees from the high-risk countries but people aiming to enter US will face very tough assessments.
ii. Name of the “high-risk” countries have not been revealed. But refugee groups state that, they might be Egypt, Iran, Iraq, Libya, Mali, North Korea, Somalia, South Sudan, Sudan, Syria and Yemen.
iii. The applicants are insisted to furnish detailed histories and proofs of their past activities. They are also asked to allow access to their personal gadgets and social media accounts.
Some of the world’s busiest airports:
♦ Hartsfield–Jackson Atlanta International Airport – Atlanta, Georgia
♦ Beijing Capital International Airport – Chaoyang-Shunyi, Beijing
♦ Dubai International Airport – Garhoud, Dubai
♦ Los Angeles International Airport – Los Angeles, California SBI to provide credit cards to farmers
State Bank of India (SBI) has initiated a pilot scheme of credit cards for farmers. 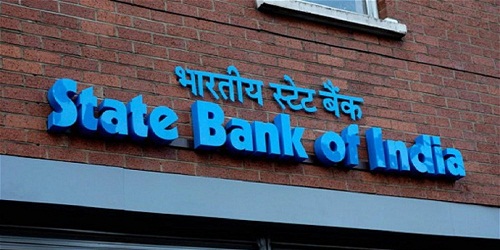 SBI Credit Cards for farmers:
i. SBI credit cards for farmers will extend credit facility to farmers for 40 days just like regular credit card. However the major difference as compared to regular credit cards is that the interest rates on farmers’ credit card would be much lower.
ii. SBI has launched this facility on a pilot basis in three States – Rajasthan, Gujarat and Madhya Pradesh. SBI Chairman Rajnish Kumar has stated that it will roll out this facility on national level on basis of response received and experience gathered during the pilot phase.
iii. It is to be noted that SBI has partnered with Farmcart and Dealer Bandhu apps to provide payment gateway.
iv. These two apps, which have been conceived by a Mumbai-based start-up, POORTI Agri Services would enable farmers to do online shopping for their farm inputs and produce.
Quick Facts about State Bank of India (SBI):
♦ Renamed in – 1955
♦ Headquarters – Mumbai, Maharashtra
♦ Current Chairman – Rajnish Kumar

Government constitutes high powered group to look into sharing utility infrastructure
On January 30, 2018, Prime Minister-appointed Group of Infrastructure, headed by Union Minister Nitin Gadkari constituted a high-level committee to look into procedures for sharing of infrastructure for utilities like water pipes and telecom cables.
Details about the committee:
i. The committee will be headed by telecom secretary and will comprise secretaries of power and petroleum, road transport and highways and member (Engineering), railways.
ii. It has been decided that ministries would enter into an agreement in this regard. The Ministries would not charge each other for setting up projects and the payment would be on government-to-government basis.
iii. Along with Union Minister for Road Transport & Highways – Nitin Gadkari, Railway and Coal Minister – Piyush Goyal, Environment Minister – Harsh Vardhan, Telecom Minister – Manoj Sinha and Power Minister – R K Singh were also present at the Group of Infrastructure meeting. 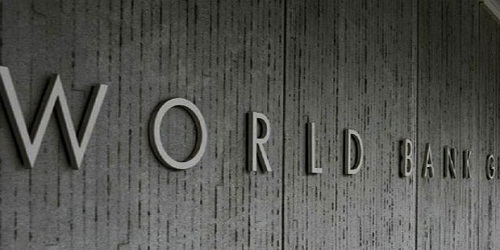 World Bank Loan for boosting TN Rural Economy:
i. Tamil Nadu Rural Transformation Project envisages creation of an enabling environment for producer organizations and enterprises to promote businesses in select value chains.
ii. Local communities will identify commodities and subsectors in the value chain for preparing business plans. 30% of the financing for these business plans will be raised through a grant program from the project and the remaining 70% will be raised by roping in various financial institutions.
iii. The project will boost rural enterprises by facilitating their access to finance. A booming rural enterprise will create employment opportunities for youth, particularly women, in selected blocks of Tamil Nadu across 26 districts.
iv. It is estimated that total 400000 people will get direct benefits from this project.
Quick Facts about World Bank:
♦ Formed in – 1945
♦ Headquarters – Washington D.C., US
♦ Current President – Jim Yong Kim 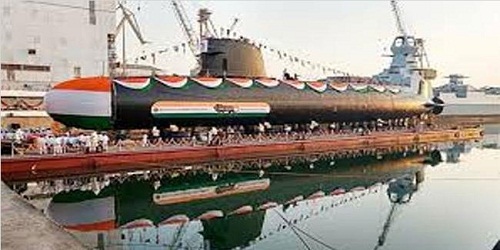 Details about India’s 3rd Scorpene class submarine Karanj:
i. Karanj will undergo rigorous tests for the next one year and thereafter it will be commissioned in Indian Navy.
ii. Karanj is the third of the six Scorpene-class submarines being built by MDL under the Project 75 programme of Indian navy.
iii. Under Project 75 (initiated in 2005), Indian Navy intends to acquire six next generation diesel submarines with Air Independent Propulsion System (AIP) technology.
iv. In December 2017, Prime Minister Narendra Modi had commissioned the first of the six Scorpene-class submarine, INS Kalvari into the Indian Navy. INS Khandari, the second Scorpene class submarine was launched on January 12, 2018 and is currently undergoing sea trials.
v. Scorpene class submarines are capable of undertaking various missions such as anti-submarine warfare, anti-surface warfare, intelligence gathering, area surveillance and mine laying. Death of Francisco Nunez Olivera:
i. He died just a month after he turned 113 years. He was born on 13 December 1904.
ii. His long life has been credited to his consumption of vegetables he cultivated in his own land and a glass of red wine every day.
iii. Spanish media mentions Francisco Nunez Olivera as the world’s oldest man. But his name is not mentioned in the list of Gerontology Research Group.
About Gerontology Research Group (GRG):
♦ Founders – L. Stephen Coles, Stephen M. Kaye
♦ Purpose – Gerontology research
♦ Headquarters – University of California, Los Angeles