We are here for you to provide the important current affairs January 12 2018 which have unique updates of all daily events from all newspapers such as The Hindu, The Economic Times, PIB, Times of India, India Today, Indian Express, Business Standard, all Government official websites. Our complete current affairs helps you to get more marks in Banking, insurance, UPSC, SSC, CLAT, Railway and all other competitive Exams. 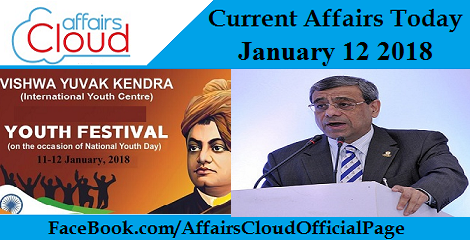 Kerala Government permits prisoners to donate organs
On 11th January 2018, the Kerala government gave permission to prisoners in Kerala jails to donate organs to their close relatives.
Kerala Government permits prisoners to donate organs:
i. This decision was taken at the cabinet meeting chaired by Pinarayi Vijayan, Kerala Chief Minister.
ii. Permission must be taken from the concerned court and medical board for the convicted prisoner to make organ donation.
iii. Also, necessary amendments are to be made in the Kerala prisons correctional services act 2014.
iv. The period of admission in hospital will be taken as parole period for the prisoner. The hospital expenses will be taken care by the jail authorities.
v.In the statement it is clearly mentioned that ‘no relaxation in prison term’ for the prisoner performing organ donation will be provided.
About Indian Dental Association (IDA):
♦ Headquarters – Mumbai
♦ President – Dr. Vishwas Puranik 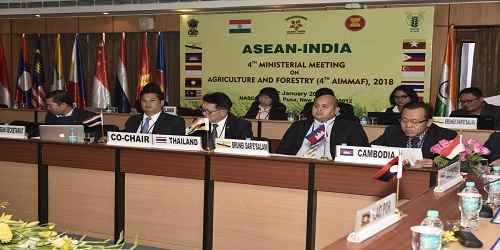 Highlights of 4th ASEAN-INDIA Ministerial Meeting on Agriculture and Forestry:
i. The Meeting was Co-chaired by Radha Mohan Singh, Union Minister of Agriculture & Farmers’ Welfare, Government of India and Grisada Boonrach, Minister of Agriculture and Cooperatives, Thailand
ii. Objective of the meeting was to promote joint research for development of technologies for increasing production and productivity of crops, livestock, fisheries, and natural resources management in the ASEAN region.
iii. Discussions during the meeting also focused on enhancing cooperation on exchange of expertise to promote resilience in food security and to address the price volatility of food supplies in the region..
iv. 5th ASEAN-India Ministerial Meeting on Agriculture and Forestry will be held in Brunei Darussalam in 2019.
Quick Facts about ASEAN:
♦ Founded in – 1967
♦ Secretariat – Jakarta, Indonesia
♦ Current Secretary General – Lim Jock Hoi

Niti Aayog to provide rankings to 115 aspirational districts
At the ‘Transformation of Aspirational Districts’ conference, held in New Delhi in first week of January 2018, NITI Aayog said it will come out with a ranking of 115 aspirational districts by April 2018.
More Information about Rankings of 115 aspirational districts:
i. In this context, aspirational districts refer to selected 115 backward districts that are lagging on specific development parameters.
ii. Central Government has undertaken a major policy initiative for rapid transformation of these districts and senior government officials have been assigned responsibility to coordinate the efforts of the Centre and states in facilitating development in such districts.
iii. NITI Aayog will rank these districts on 10 parameters which will include education, nutrition and health.
iv. A dashboard will be created, which will reflect the change in ranking of districts on continuous basis.
v. By April 2018, NITI Aayog will also set up a mechanism for real-time monitoring of government’s development programmes.
Quick Facts about NITI Aayog:
♦ Founded in – January 2015
♦ Headquarters – New Delhi
♦ Chairman (ex officio) – Prime Minister of India 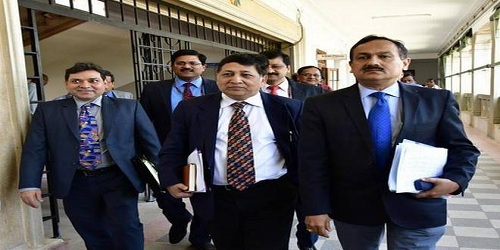 Kozhikode railway station cleanest, Nizamuddin gets lowest
As per a survey by travel app ‘ixigo’, Kozhikode railway station in Kerala was ranked the best railway station in India by travellers in terms of cleanliness.
Highlights of survey by travel app ixigo:
i. ixigo, which has 7 million users, works closely with Indian Railway Catering and Tourism Corporation (IRCTC) to facilitate train ticket bookings on its app. The findings are based on aggregated data of ixigo users.
ii. While Kozhikode railway station has attained highest rating, Hazrat Nizamuddin (one of the five main stations in Delhi) was given the lowest ratings.
iii. The survey outlined that out of all the cleanest station, 40% are located in south India followed by 20 per cent in central India and 20% in the west.
iv. Among trains, Swarna Jayanti Rajdhani has been rated as the cleanest train while Karnataka Express was given lowest ratings.

i. Golden Jubilee of the establishment of formal diplomatic relations between Bhutan and India is being celebrated in the year 2018.
ii. The Special logo was unveiled to mark the launch of Golden Jubilee celebrations.
iii. During 2018, India and Bhutan will conduct several high-level exchanges. Besides, a series of special commemorative initiatives, exhibitions, cultural activities and seminars will be held throughout the year in both the countries.
Quick Facts about Bhutan:
♦ Capital – Thimphu
♦ Currency – Ngultrum
♦ Current Prime Minister – Tshering Tobgay
♦ Important Rivers – Mo Chhu, Sankosh

South Australia planning to build the world’s largest thermal solar plant
Government of South Australia (a state in the southern central part of Australia) has given approval to build a major solar thermal plant in the state which, on completion would be the largest of its kind ever built.

World’s largest thermal solar plant:
i. The plant will be developed by a US company, Solar Reserve at an estimated cost of Australian Dollar 650 million. Construction of this plant will begin during 2018.
ii. Solar Reserve has claimed that this plant will be able to power around 35 per cent of all of the households in South Australia.
iii .In context of this news, it is important to note that, Solar Thermal is different from Solar photovoltaic (PV). In solar PV, solar energy is converted into electricity while in solar thermal, solar energy is converted in to heat energy, which in turn is used to spin turbines for generating electricity.

India gives $45.27 million aid to develop KKS harbour in Sri Lanka
India has extended financial assistance of USD 45.27 million to Sri Lanka for upgrading Kankesanthurai (KKS) Harbour (located in northern Sri Lanka) into a commercial port.
i. Agreement in this regard was signed by Sri Lanka’s Ministry of Finance and Export and Import Bank of India (Exim Bank) signed on January 10, 2018.
ii. This financial assistance is part of memorandum of understanding (MoU) between Indian and Sri Lankan Government for rehabilitation of KKS Harbour.
iii. Four out of the six phases of the rehabilitation of KKS Harbour have already been completed.
iv. The financial assistance of USD 45.27 million will used for executing remaining two phases, which includes works related to installation of port infrastructure.
v. KKS port holds lot of significance as it connects Jaffna peninsula with the rest of Sri Lanka. The port was destroyed by Liberation Tigers of Tamil Eelam (LTTE) during the civil war in Sri Lanka.
Quick Facts about Sri Lanka:
♦ Capital – Colombo
♦ Currency – Sri Lankan rupee
♦ Current President – Maithripala Sirisena
♦ Important Rivers – Mahaweli, Kelani 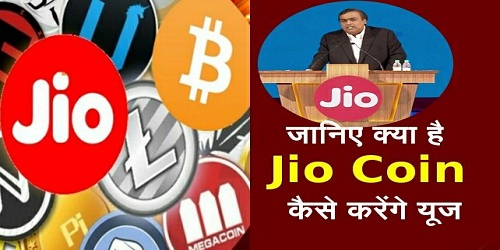 Kazakhstan beats Iraq to be OPEC’s biggest oil over-producer
Kazakhstan has surpassed Iraq as the biggest oil over-producer in the pact between Organisation of the Petroleum Exporting Countries (OPEC) and its allies to control oil output.
Kazakhstan – OPEC’s biggest oil over-producer:
i. Kazakhstan’s oil output in November and December 2017 was nearly 1,30,000 barrels a day more than the target decided with OPEC. Kazakhstan had promised to pump out 20,000 barrels a day less as per the pact.
ii .Earlier, Iraq had produced nearly 70,000 barrels a day more than its target. Recently, the OPEC pact was extended throughout 2018.
iii. The members ignored Kazakhstan’s non-compliance with the pact as all the member countries’ combined output target was fulfilled, in spite of Kazakhstan’s over-production.
About Organisation of the Petroleum Exporting Countries (OPEC):
♦ Headquarters – Vienna, Austria
♦ Secretary General – Mohammed Barkindo 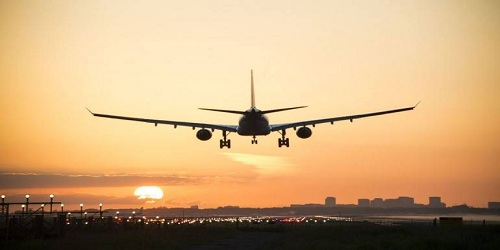 Domestic air passenger traffic growth:
i. For the month of November 2017, domestic air passenger traffic in India grew by 16.4 per cent, highest in the world.
ii. On a month-on-month basis, India has witnessed double-digit growth for the 39th consecutive month.
iii. As per IATA data, total revenue passenger kilometres (RPK) in November 2017 marked 8 per cent growth as compared to November 2016.
iv. However, IATA has outlined infrastructure constraints, security threats and growing fees and charges as the major concerns for growth of civil aviation sector in upcoming years
Quick Facts about IATA:
♦ Formed in – 1945
♦ Headquarters – Montreal, Canada

GAIL to Set Up India’s 1st Coal-to-gas Conversion Plant in Odisha
GAIL India, the largest government-owned natural gas processing and distribution company in India will now be setting up ‘coal to synthesis gas’ conversion plants.
i. Announcement in this regard was made by Union Minister for Petroleum and Natural Gas, Dharmendra Pradhan while addressing the FICCI conference on Unleashing India’s Domestic Exploration and Production Potential in New Delhi on January 11, 2018.
ii. GAIL India’s coal to synthesis gas plants will be set up in Odisha. Steel Authority of India Limited (SAIL) will be a technology partner in this project.
iii. Synthesis gas is expected to be cheaper than domestic gas.
iv. Synthesis gas (Syngas) is a mixture comprising of hydrogen, carbon monoxide and carbon dioxide. It is produced by gasification of a carbon containing fuel to a gaseous product that has some heating value.
Quick Facts about GAIL:
♦ Founded in – 1984
♦ Headquarters – New Delhi 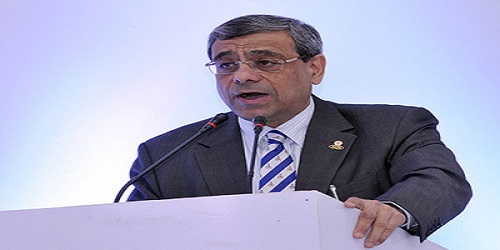 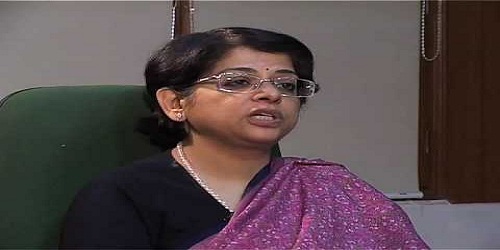 ISRO successfully lifts off its 100th Satellite Cartosat-2 from Sriharikota
On January 12, 2018, Indian Space Research Organisation’s (ISRO’s) Polar Satellite Launch Vehicle, PSL-C40 successfully lifted off from Satish Dhawan Space Centre in Sriharikota, Andhra Pradesh.
i. PSLV-C40 carried total 31 satellites, out of which three were Indian satellites and 28 satellites from six other countries.
ii. 710 kg Cartosat-2 Series Satellite, the primary satellite carried by PSLV-C40 marked ISRO’s 100th satellite launch. It is a remote sensing satellite and has a similar configuration to earlier satellites in the series…………………………………………Click here to Read more 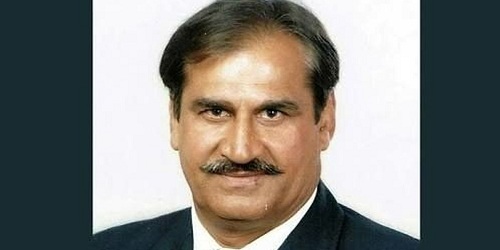 Death of Sukhchain Singh Cheema:
i. Sukhchain Singh Cheema was 68 years old. He was the winner of bronze medal in the 1974 Tehran Asiad. He had also received Dronacharya award.
ii. His car met with an accident in the Patiala bypass, Punjab. He was taken to Government Rajindra Hospital, but was declared dead by doctors.
About Wrestling Federation of India:
♦ President – Brijbhushan Sharan Singh
♦ Senior Vice President – I.D. Nanavati 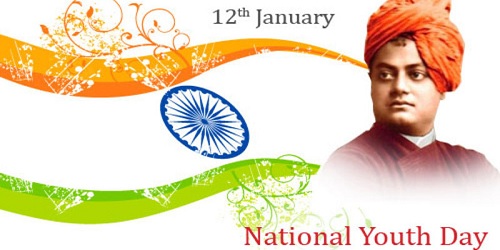