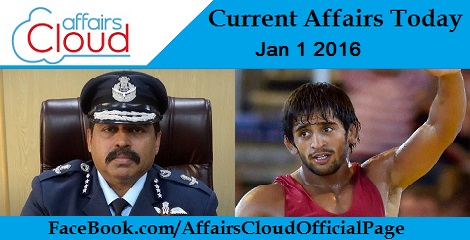 Cabinet Committee on Economic Affairs has approved an increase in the budget for implementation of grid-connected solar rooftop systems to Rs. 5,000 crore from Rs.600 crore up to the financial year 2019-2020.

The government constituted a committee for holistic interpretation of the provisions of the Cinematograph Act and Rules.

Highlights: To suggest the paradigm for ensuring a cultural milieu and enable those tasked with the work of certification of films to discharge their responsibilities keeping in view this framework.

Purpose: To boost tourism in the new capital, Amaravati, the newest state capital in the country.

Committee set up to Review Wage Structure of GraminDakSevaks

Government has formed a committee to review pay structure and social security benefits provided to GraminDakSevaks.

Headed by:Retired Member of the Postal Services Board Kamlesh Chandra

Born in Britain, a Canadian citizen Sami has been living in India on visa since March 2001. He was last given a visa extension in October this year. He is known for playing a variety of musical instruments and is a known name for his distinct voice.

No UK financial aid to India from January 1 2016

India will no longer receive financial aid from the UK, from January 1, 2016.Decision was taken by the British government in 2012 after a domestic outcry about India’s growing economic status.

UK had provided financial aid for government programmes between

Currently there are 26 government sector projects with DFID assistance at the Centre and in MP,Odisha, West Bengal and Bihar in health, education, governance and urban reforms sectors.

New coins for 2016 to feature Shakespeare and Beatrix Potter 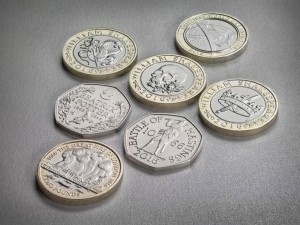 New coins featuring William Shakespeare, Beatrix Potter, the Army and the Great Fire of London are set to be released in 2016.

Reserve Bank of India (RBI) asked State Level Bankers’ Committee (SLBC) banks to identify villages with population above 5,000 without a bank branch of a scheduled commercial bank in their state.

State Level Bankers’ Committee (SLBC) came into existence under Lead Bank Scheme as per RBI guidelines. It is an inter-institutional forum at State level ensuring co-ordination between Government and Banks on matters pertaining to banking development.

Reason: Not ‘fit and proper’ for this business.

About DAVA
Launched on June 29, 2015, DAVA project, created an integrated platform for implementation of the track and trace system both for exports and domestic markets of drugs and pharmaceuticals. 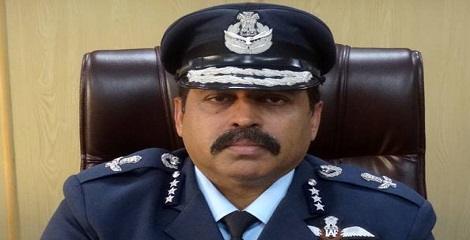 Awards :
Bhadauria is a recipient of Ati Vishisht Seva Medal in 2013 and Vayu Sena Medal conferred in 2002.

Atul Sobti assumed charge as chairman and managing director (CMD) of Bharat Heavy Electricals Ltd(BHEL).In September last year the government had approved the appointment of Sobti as CMD, BHEL for a period of 5 years.

Cabinet clears formation of JVs between Indian Railways and states

Union Cabinet approved a proposal for the formation of a joint venture companies between Indian Railways and state governments.

Ravichandran Ashwin entitled with No. 1 Test bowler and all-rounder

As per ICC ranking India off-spinner Ravichandran Ashwin has ended 2015 as the number one Test bowler and all-rounder.