We are here for you to provide the important current affairs February 23 2018 which have unique updates of all daily events from all newspapers such as The Hindu, The Economic Times, PIB, Times of India, India Today, Indian Express, Business Standard, all Government official websites. Our complete current affairs helps you to get more marks in Banking, insurance, UPSC, SSC, CLAT, Railway and all other competitive Exams. 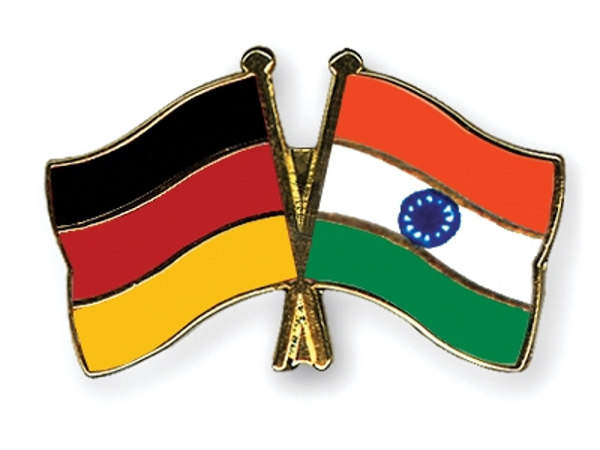 Telangana government aims to double valuation of life sciences sector to $100 billion in 10 years
Telangana Industry Minister K. T. Rama Rao said that, the Telangana government aims to double the valuation of its life sciences ecosystem to $100 billion in 10 years.
Telangana government aims to double valuation of life sciences sector:
i. K. T. Rama Rao made this announcement after he inaugurated the 15th BioAsia Summit. He said that 4 lakh jobs will be created in the life sciences industry in the next 10 years.
ii. Current value of life sciences ecosystem in Telangana is $50 billion. It has more than 800 companies.
iii. K. T. Rama Rao also said that, Telangana contributes more than 35% to the national pharmaceutical production of India.
iv. Telangana is also considered the vaccine hub of India and the world. It produces nearly 33 % of global vaccines dosages.
v. He said that, the Genome Valley cluster is to be expanded. He said that, Genome Valley 2.0 will be initiated soon.
vi. Also an incubator focused on vaccine development has been planned in Genome Valley to develop at least one vaccine every year in Telangana.
vii. He said that, Hyderabad pharma City project will be launched in few months after obtaining environmental clearance.
viii. At the event, Genome Valley Excellence Award was presented to Professor Michael N. Hall from Biozentrum University of Basel, Switzerland for discovery of nutrient-activated TOR (Target of Rapamycin) proteins and their function in the metabolic control of cell growth.
Some dams in Telangana:
♦ Sriram Sagar Project – Godavari River
♦ Singur Dam – Godavari River
♦ Nizam Sagar – Godavari River Khajuraho dance festival:
i. Madhya Pradesh Governor Anandiben Patel lit the traditional lamp and inaugurated the 44th Khajuraho dance festival. This festival will be held till 26th February 2018.
ii. This festival is organised by the culture department of the Madhya Pradesh government. It will fetaure classical dances like Kathak, Odissi, Bharatnatyam, Kuchipudi, Kathakali and Mohiniattam.
iii. The Art Mart will display paintings of international artists from Germany, France and China at the festival.
iv. Dance performances are conducted in an open-air auditorium, mostly in front of the Chitragupta Temple and the Vishwanatha Temple.
Some stadiums in Madhya Pradesh:
♦ Nehru Stadium – Indore
♦ Holkar Stadium – Indore
♦ Captain Roop Singh Stadium – Gwalior

Government Cancels Plan to Produce 114 Single-engine Fighters under ‘Make in India’ Programme
Central Government has cancelled plan to produce 114 Single-engine Fighters with foreign collaboration under the “Make in India” framework.
Cancellation of Plan to Produce 114 Single-engine Fighters:
i. The plan has been cancelled in wake of political conflict between the Bharatiya Janata Party (BJP) and Congress over 36 French-manufactured Rafale fighter jets.
ii. The point of contention in the original plan was the restriction on only single-engine fighters, which limited the competition to just two jets (American F-16 and Swedish Gripen-E).
iii. Thus, Union Defence Ministry has directed Indian Air Force to come up with a new proposal that will take both, single and twin-engine fighters into account.
iv. Defence Ministry believes that taking both, single and twin-engine fighters into account in the new plan will increase the contenders and avoid needless allegations. 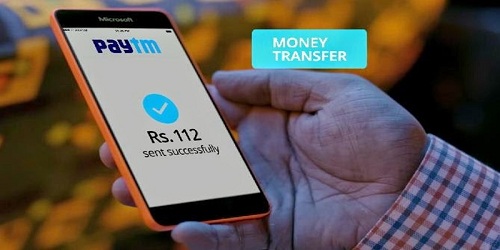 Information about 2 Insurance entities of Paytm:
i. Paytm Life Insurance Corporation Ltd and Paytm General Insurance Corporation Ltd, both have a share capital Rs 1000000 each.
ii. Paytm founder Vijay Shekhar Sharma and One 97 Communications are holding majority shares in both the entities.
iii. In context of this news, it is important to note that Insurance Regulatory Development Authority of India had granted a corporate agency license to One 97 Communications in September 2017.
Quick Facts about Paytm:
♦ Founded in – 2010
♦ Headquarters – Noida, Uttar Pradesh

India, Uzbek region ink pharma pact
Andijan Region of Uzbekistan and Indian Government have inked an agreement for cooperation in the pharmaceutical industry 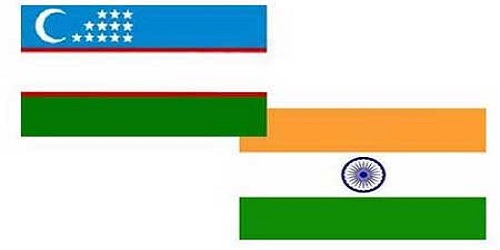 About India-Uzbek Pharma Pact:
i. This pact envisages cooperation in the implementation of a program for the production of pharmaceutical, bio-pharmaceutical products and medical equipment in the Andijan region of Uzbekistan.
ii. India and Uzbekistan will work together for attracting direct investments of Indian companies and Uzbek investors to create modern production facilities for the production of pharmaceutical products and medicines with high value.
iii. These efforts will be geared towards creating an Uzbek-Indian free pharmaceutical zone in the Andijan region.
Quick Facts about Uzbekistan:
♦ Capital – Tashkent
♦ Currency – Uzbekistani so’m
♦ Current President – Shavkat Mirziyoyev
♦ Neighbouring Countries – Kazakhstan, Afghanistan, Turkmenistan, Tajikistan and Kyrgyzstan

Mahindra Aerospace, Canada’s Viking Air sign MoU to manufacture small aircraft
Mahindra Aerospace and Canada’s Viking Air have signed a memorandum of understanding (MoU) to form a strategic alliance for making smaller aircraft to support regional air connectivity in India.
Details about Mahindra Aerospace – Canada’s Viking Air MoU:
i. This MoU was signed during the ongoing India visit of Canadian Prime Minister, Justin Trudeau, to India.
ii. As per the terms of this MoU, both the companies will work together to boost market penetration in identified territories and provide multiple options to prospective customers based on specific operational requirements.
iii. Viking Air produces the a 19-passenger, the Twin Otter Series 400 turboprop aircraft that is capable of operating from multiple surfaces (including water).
iv. Mahindra Aerospace currently produces Mahindra Airvan 8, the 8-seat utility piston aircraft and Mahindra Airvan 10, the 10-seat turboprop utility aircraft.
Quick Facts about Viking Air:
♦ Founded in – 1970
♦ Headquarters – British Columbia, Canada 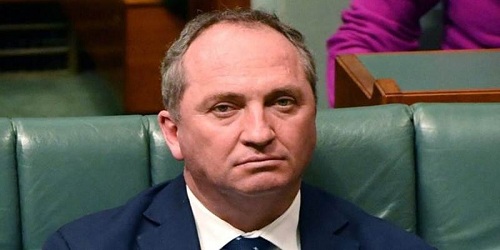 Resignation of Barnaby Joyce:
i. Barnaby Joyce  has announced his resignation after facing weeks of pressure due to an allegation of extra-marital affair with his former media secretary Vikki Campion.
ii. On 26th February 2018, Barnaby Joyce will step down as leader of the National party and deputy Prime Minister of Australia. He will remain in the parliament, helping to maintain the one-seat majority of the ruling government.
iii. Barnaby Joyce has been married for 24 years. He has been alleged over an affair with his former media secretary, who is carrying his child.
iv. The National Party will elect a new leader, who will also be made the deputy prime minister of Australia.
About National Party of Australia:
♦ Federal President – Larry Anthony
♦ Federal Director – Ben Hindmarsh

Federal Bank acquires 26% stake in Equirus Capital
On February 22, 2018, Kochi-based Federal Bank announced its foray into investment banking by acquiring a minority 26 per cent stake in Equirus Capital.
i. Equirus Capital was founded in 2007. It is an unlisted investment banking firm having presence in Mumbai, Ahmedabad and Hyderabad.
ii. This acquisition will enable Federal Bank to offer a range of products to wholesale clients. The additional products may include comprehensive financial solutions for debt and equity capital markets, capital market products, structured finance and advisory.
iii. It is to be noted that Federal Bank has a huge NRI customer base. Through Equirus Capital, Federal Bank will be able to offer wealth management services to its NRI customer base as well as other high networth individual (HNI) .
iv. Through these offerings, Federal Bank will be able to increase its fee based earnings (non-interest earnings).
Quick Facts about Federal Bank:
♦ Founded in – 1931
♦ Headquarters – Kochi, Kerala
♦ Current MD & CEO – Shyam Srinivasan
♦ Tagline – ‘Your Perfect Banking Partner’ 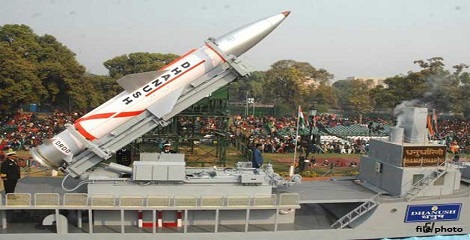 Important Information about ‘Dhanush’ Missile:
i. Dhanush is an indigenously developed naval version of the ‘Prithvi’ short-range ballistic missile (SRBM).
ii. It has been developed by the Defence Research and Development Organisation (DRDO) under its ambitious Integrated Guided Missile Development Programme (IGMDP).
iii. Dhanush Missile has strike range of up to 350 km and can hit land-based as well as sea-based targets.
iv. It can carry conventional or nuclear warhead up to 500 kg.
v. Dhanush Missile is about 8.53 metres in length and 0.9 metre in diameter. Its launch weight about 4.4 tonnes.
vi. Test conducted on February 23, 2018, met all the parameters as expected.

Supercritical CO2-Brayton Cycle facility opened at IISc
On 22nd February 2018, a supercritical carbon dioxide Brayton cycle test loop facility was inaugurated at the Indian Institute of Science (IISc), Bengaluru.
Supercritical CO2-Brayton Cycle facility opened at IISc:
i. The facility was inaugurated by Union Minister for Science and Technology Harsh Vardhan.
ii. It is claimed to be India’s first supercritical-CO2 Brayton cycle test bed and also the first ever to be coupled with a solar heat source.
iii. Supercritical carbon dioxide-based power generation provides an efficient alternative to the existing steam-based power plants.
iv. This laboratory scale test loop was developed by a group of researchers at the Interdisciplinary Centre for Energy Research, IISc.
v. This project is a part of Solar Energy Research Institute for India and the United States. It was funded by the Department of Science and Technology, India.
About Indian Institute of Science (IISc):
♦ Director – Anurag Kumar
♦ Location – Bengaluru, Karnataka 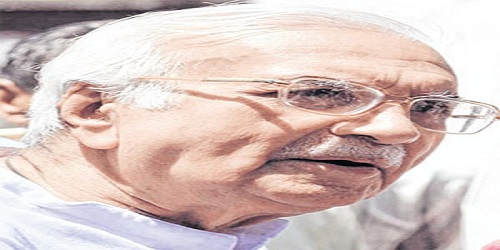 Death of Suresh Seth:
i. Suresh Seth was 87 years old. He was also called as the ‘Lion of Indore’ or ‘Sher-e-Indore’.
ii. He fought for people’s issues aggressively and worked for the benefits of common man. He had also served as minister for urban administration in Madhya Pradesh.
iii. When he was mayor of Indore, he played a key role in changing street lanterns to tube lights. He had to face a lot of quarrels with his party to implement this.
Some National Parks in Madhya Pradesh:
♦ Madhav National Park
♦ Ghughua Fossil Park
♦ Bandhavgarh National Park

106-year-old Swachch Bharat brand ambassador Kunwar Bai passes away
On 23rd February 2018, Kunwar Bai, Chattisgarh’s Swachh Bharat Abhiyan mascot, passed away after suffering from a long time illness, at Ambedkar Hospital, Raipur.
Death of Kunwar Bai:
i. Kunwar Bai was 106 years old. She was felicitated by Prime Minister Narendra Modi for her work to make her village open defecation free in 2016.
ii. Kunwarbai had sold her goats for Rs 22,000 and built a toilet at her home with that money, after she was inspired by Swachch Bharat mission.
iii .Kunwarbai was made Swachhta Doot by Chattisgarh state government. She had been spreading awareness on the importance of toilet among the village people.
Some wildlife sanctuaries in Chattisgarh:
♦ Achanakmar Wildlife Sanctuary
♦ Sitanadi Wildlife Sanctuary
♦ Tamor Pingla Wildlife Sanctuary

Assam to observe ‘Rhino Day’ on September 22
Assam government has announced that 22 September will be celebrated as “Rhino Day” to create awareness on protection of the one-horned rhinoceros of Assam. 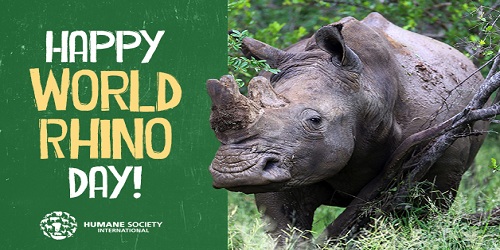 Rhino Day – September 22:
i. This announcement was made by Assam Chief Minister Sarbananda Sonowal at the 10th meeting of State Board for Wildlife on 22ndFebruary 2018.
ii. The Rhino Day will be a tribute to nearly 2500 rhinoceros in Assam.  Also, a State Rhino Project in line with the National Rhino Project will be introduced soon in Assam.
iii. The State Rhino Project’s aim is to safeguard the rhinoceros from poaching. Sarbananda Sonowal also asked the wildlife board to form a quick response team to reach the sites where animals have died unnaturally.
iv. It was also decided to set up a Special Battalion to safeguard wild animals in Manas National Park.
Some National Parks in Assam:
♦ Kaziranga National Park
♦ Dibru-Saikhowa National Park
♦ Manas National Park