We are here for you to provide the important current affairs February 16 2018 which have unique updates of all daily events from all newspapers such as The Hindu, The Economic Times, PIB, Times of India, India Today, Indian Express, Business Standard, all Government official websites. Our complete current affairs helps you to get more marks in Banking, insurance, UPSC, SSC, CLAT, Railway and all other competitive Exams. 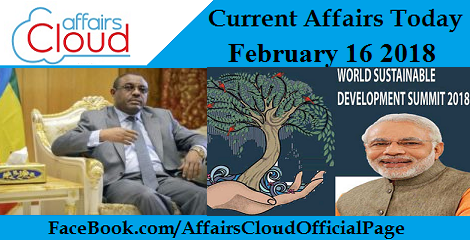 Gopichand launches India’s largest ‘train the trainers’ programme
On February 15, 2018, former Indian Badminton player Pullela Gopichand initiated India’s largest ‘train the trainers’ programme by inducting 1500 Physical Education (PE) teachers from across Gujarat for advanced training.
Details about ‘train the trainers’ programme initiated by Pullela Gopichand:
i. This programme has been envisioned by the ELMS Sports Foundation.
ii. ELMS Sports Foundation is a not-for-profit initiative promoted by Vita and Jalaj Dani and mentored by Pullela Gopichand and Olympic gold medallist, shooter Abhinav Bindra.
iii. Aim of this programme is to develop the skills of PE teachers so that they can impart the right techniques to children aspiring to make a career in sports.
iv. Under this programme, Gopichand along with a team of experts will first select 150 PE teachers (out of 1500 inducted PE teachers) to become master trainers. The selected 150 PE teachers will attend a week-long workshop in which they will be familiarised with modern sports techniques. Thereafter, these teachers will impart the same to the other teachers across the state.
v. It will impact over 45000 children every year. 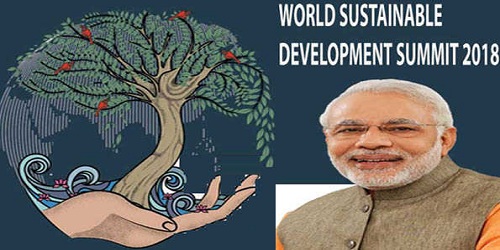 Highlights of World Sustainable Development Summit (WSDS 2018):
i. This Summit has been organized by The Energy and Resources Institute (TERI).
ii. The three-day Summit will serve as a common platform for global leaders and thinkers in the fields of sustainable development, energy and environment sectors to come together and deliberate on contemporary issues.
iii. Theme of World Sustainable Development Summit (WSDS 2018) is ‘Partnerships for a Resilient Planet’.
iv. ‘Greenovation Exhibition’, showcasing the latest technological advancements to meet Sustainable Development Goals is also a part of WSDS 2018.
v. Over 2000 delegates including policy makers, think tanks, researchers, diplomats and corporates from 41 countries will be participating in this event.
Quick Facts about The Energy and Resources Institute (TERI):
♦ Established in – 1974
♦ Located in – New Delhi
♦ Current Director General – Ajay Mathur

Details about India’s first artificial intelligence centre:
i. Plan for this institute of artificial intelligence (AI) will be unveiled by Maharashtra Chief Minister Devendra Fadnavis during the Magnetic Maharashtra Summit, beginning on February 18, 2018.
ii. Setting up the AI institute will not only play a crucial role in ushering the ‘fourth industrial revolution’ but will also promote Mumbai as an investment destination in innovations and data analysis.
iii. Maharashtra State Government has already been experimenting with AI in the health sector.
iv. Besides, it has also set up a joint working group for AI cooperation with the government of Canada on February 13, 2018. 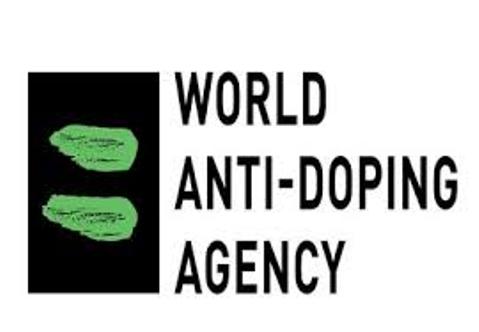 Centre to change base year for GDP, IIP to 2017-18
Union Minister of Statistics and Programme Implementation, Sadananda Gowda has stated that during 2018-19, his ministry is proposing to initiate steps to revise the base years of gross domestic product (GDP), Index of Industrial Production (IIP) and Consumer Price Index (CPI).
Revising Base Years for GDP, IIP and CPI:
i. For the calculation of GDP and IIP numbers base year will be changed to 2017-18 while for CPI (retail inflation) it will be 2018.
ii. Ministry of Statistics and Programme Implementation has proposed these changes to accommodate and factor the changes that take place in Indian economy.
iii. Under Union Budget 2018 -19, Ministry of Statistics and Programme Implementation (MOSPI) has been allocated Rs 4859 crore.
iv. Mr. Gowda added that, from April 2018, his Ministry will undertake various steps to improve the statistical system which will help in meeting the data requirements for emerging socio-economic scenario. 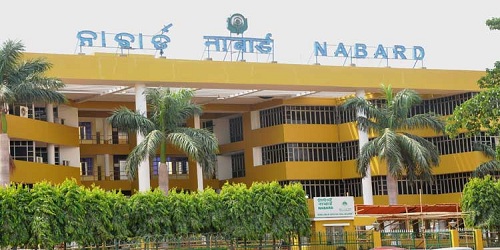 Details about NABARD’s area development plan for Punjab:
i. Announcement in this regard was made by NABARD Chief General Manager (Punjab), Deepak Kumar at the State Level Bankers’ Committee (SLBC) meeting in Chandigarh.
ii. The plan envisages to promote activities like dairy, vegetable cultivation, mushroom growing and bee keeping to provide income to farmers on sustainable basis.
iii. Mr. Kumar has raised concerns over the shortage of investment credit in Punjab, and has urged banks to focus on the area.
Quick Facts about NABARD:
♦ Established in – 1982
♦ Headquarters – Mumbai, Maharashtra
♦ Current Chairman – Dr. Harsh Kumar Bhanwala

Wipro, Tata Steel among 135 most ethical companies
Tata Steel and IT services provider, Wipro Ltd. are the two Indian firms that have featured in the list of 135 most ethical companies of the world for 2018.
World’s Most Ethical Companies, 2018:
i. The list has been compiled by the US-based think tank Ethisphere Institute.
ii. It features 135 companies from 23 countries, across 57 industries.
iii. Companies are assessed as per Ethisphere Institute’s Ethics Quotient (EQ) framework and are assigned scores in five key categories viz. ethics and compliance program (35% weightage), corporate citizenship and responsibility (20% weightage), culture of ethics (20% weightage), governance (15% weightage) and leadership, innovation and reputation (10% weightage).
iv. Global tech giants including Microsoft, Dell, Salesforce and Adobe have also featured in this list.
v. Ethisphere Institute will organise an event in New York, US on March 13, 2018 to felicitate these 135 companies. PepsiCo Chairperson and CEO Indra Nooyi will be delivering the keynote address at this event.

PhonePe partners with IOCL for deployment of PoS terminals
Payments platform PhonePe has entered into a partnership with Indian Oil Corporation Limited (IOCL) to deploy its Point of Sale (POS) device at IOCL retail outlets. More information about Phone Pe-IOCL tie-up:
i. Under this partnership, Phone Pe has installed POS devices at 30 IOCL outlets in Bengaluru on pilot basis. It will be rolled out across India in a phased manner during 2018.
ii. Phone Pe had launched its Point of Sale (POS) device in October 2017. Since then, over 10000 POS units have been installed in Bengaluru.
iii. Phone Pe is following a twin strategy of deploying its own point-of-sales (PoS) payment terminals at small merchant locations as well as partnering with major merchant chains at the national level.
Quick Facts about Phone Pe:
♦ Founded in – 2015
♦ Headquarters – Bengaluru, Karnataka
♦ Parent Organisation – Flipkart Sanjiv Bajaj is 2017’s EY Entrepreneur of the Year:
i. Sanjiv Bajaj is the Managing Director of Bajaj Finserv. Nearly 400 business leaders and special guests were present at the event.
ii. EY presented awards in nine other categories also for the ‘Entrepreneur of the Year Programme’.
iii. Bajaj will represent India at the EY World Entrepreneur of the Year Award (WEOY) from 13th to 17th June 2018 in Monte Carlo.
iv. The Lifetime Achievement Award was presented to E Sreedharan. He played a key role in the Kolkata Metro, Delhi Metro, Kochi Metro and Lucknow Metro projects.
v. List of awardees in the nine categories: 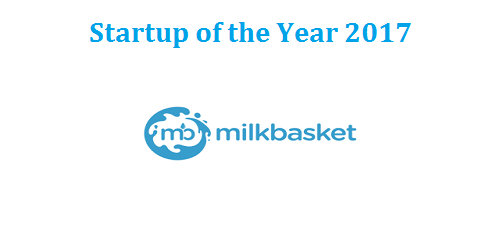 Milkbasket – Startup of the Year 2017:
i. The Small Business Awards 2018 was organised by Franchise India Group. It honours the best enterprises among SMEs (Small or Medium Enterprise), SMB (Small and Medium Business) and emerging small-scale ventures.
ii. The startup of the year award is presented to SMEs that are 7 years or lesser than 7 years old with potential to develop into a larger entity in local and international markets.
About Milkbasket:
♦ Co-founder and CEO – Anant Goel
♦ Purpose – delivers milk, bread, eggs, butter, juices and other daily need items every morning 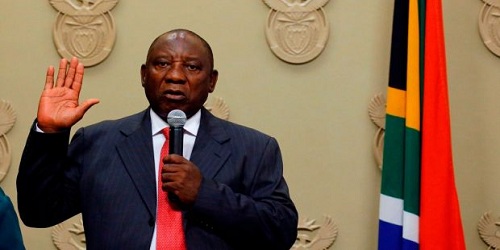 Ex-UP minister Khwaja Haleem passes away
On 15th February 2018, Khwaja Haleem, former Uttar Pradesh minister died following a cardiac arrest, at a hospital in New Delhi.
Death of Khwaja Haleem:
i. Khwaja Haleem was 75 years old. He is survived by his wife, two daughters and a son.
ii. He joined the Youth Congress in 1970s. Later, he joined the Lok Dal. In 1980, he was elected to the Vidhan Sabha from Aligarh Assembly constituency.
iii. In 1990, he became the chairman of Uttar Pradesh Minority Commission. He was a member of the Samajwadi Party Central Committee for nearly twenty years. He became advisor in tourism department in 2014.
About Samajwadi Party:
♦ Founded – 1992
♦ Founder – Mulayam Singh Yadav