We are here for you to provide the important current affairs February 15 2018 which have unique updates of all daily events from all newspapers such as The Hindu, The Economic Times, PIB, Times of India, India Today, Indian Express, Business Standard, all Government official websites. Our complete current affairs helps you to get more marks in Banking, insurance, UPSC, SSC, CLAT, Railway and all other competitive Exams. 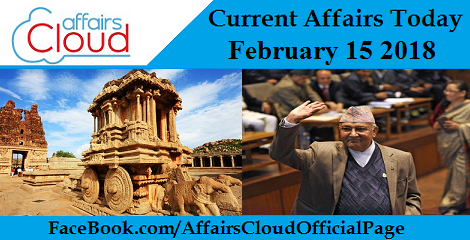 India’s first Radio Festival held in Delhi
On 15th February 2018, India’s first Radio Festival was held in New Delhi, commemorating the World Radio Day which was celebrated on 13thFebruary.
India’s first Radio Festival held in Delhi:
i. The Radio festival was organised by International Association of Women in Radio and Television along with UNESCO (United Nations Educational, Scientific and Cultural Organization).
ii. Joint Secretary in the Ministry of Information and Broadcasting Anju Nigam, Director General of AIR Fayaz Sheheryar, Director General of Door Darshan Supriya Sahu and UNESCO representative to India Shigeru Aoyagi spoke at the occasion.
iii. Paralympian Deepa Malik spoke at the inaugural session of the event, on the role of radio in sports.
iv. The Radio Festival featured live performances, panel discussions and an exhibition. It stressed on the World Radio Day 2018 theme: radio and sports.
v. The Radio Festival also assessed the contribution of radio to social change, efforts to improve its creativeness and recalled the journey of music on radio.
About International Association of Women in Radio & Television:
♦ President – Violet Gonda
♦ Purpose – to strengthen initiatives towards ensuring women’s views and values are integral part of programming and to advance the impact of women in media

Government extends anti-narcotics scheme for 3 more years
Central Government has extended the ‘Assistance to States and UTs for Narcotics Control’ scheme for three more years.
Extension of anti-narcotics scheme:
i. Under this scheme, Union Home Ministry provides financial assistance to state governments and Union Territories which are contributing in controlling the inter-state and cross border drug trafficking.
ii. Funds procured under this scheme will be used for strengthening enforcement capabilities of anti-narcotics agencies and for all capacity building activities, including training of personnel.
iii. The scheme has been extended for a period of 3 years, from 2017-18 to 2019-20, with an estimated budget of Rs 21 crore.
iv. Narcotics Control Bureau is the nodal drug law enforcement and intelligence agency of India.
v. It is estimated that currently, there are over 40 lakh drug addicts in India. ‘Ganja’, ‘hashish’, ‘opium’ and ‘heroin’ are the most common drugs abused by the addicts.
vi.’Assistance to States and UTs for Narcotics Control’ scheme was first launched on October 24, 2004 for a period of five years. It was further extended twice in subsequent years. 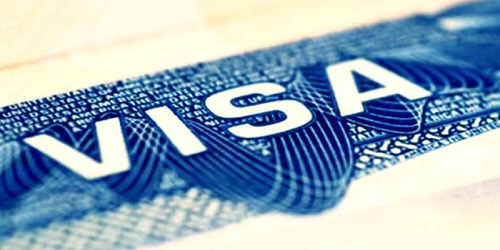 i. Besides, visa and residential permit norms for other nationals from Afghanistan have also been liberalised by Union Home Ministry.
ii. So far, there was no clear policy for minorities from Afghanistan and they were dealt on a case-to-case basis.
iii. It is to be noted that there are more than 6000 Hindus and Sikhs in Afghanistan who want to return to India.
iv. The Citizenship (Amendment) Bill, 2016, contained a provision that minorities from neighbouring countries could stay in India without any legal document.
v. As the Citizenship (Amendment) Bill, 2016 has not been cleared by Parliament till date, Government had to take a decision for granting long-term visa (LTV) to minorities from Afghanistan.
Quick Facts about Afghanistan:
♦ Capital – Kabul
♦ Currency – Afghani
♦ Current President – Ashraf Ghani
♦ Important Rivers – Helmand River, Kunduz River

Bhalupani village in Chhattisgarh gets electricity for first time
Residents of Bhalupani village in Balrampur district of Chhattisgarh finally got electricity connection for the first time after the district administration installed solar panels for every family.
i. Bhalupani village has a population of 150 people. It is located in the Naxal dominated region of Chhattisgarh.
ii. Owing to Naxal dominance, Government developmental initiatives failed to reach the village, and the residents had to spend their lives in darkness for a very long time.
iii. However, Naxal influence has vanished and the village is now getting benefits of Government schemes.
iv. District collector, Avinash Kumar Sharan has stated that apart from the electrification, the village will soon have a proper road facility and Anganwadi centre.
Quick Facts about Chhattisgarh:
♦ Capital – Naya Raipur
♦ Current Governor – Balram Das Tandon
♦ Current Chief Minister – Raman Singh
♦ Important National Park – Guru Ghasidas National Park

Centre to develop Karnataka’s pride Hampi as iconic tourism site
Hampi monuments, regarded as Karnataka’s pride, will be one among 10 tourist destinations across India to be developed as ‘Iconic Tourism Site’ by Central Government.

i. Announcement to develop 10 prominent tourist sites across India into iconic tourism destinations, through a holistic approach, was made by Finance Minister Arun Jaitley in the Union Budget 2018 speech.
ii. The holistic approach involves infrastructure development, deploying technology, attracting private investment, branding and marketing.
iii. List of 10 tourist destinations to be developed as ‘Iconic Tourism Site’ was announced on February 13, 2018 and Hampi Group of Monuments is one of them.
Quick Facts about Hampi Monuments:
♦ Hampi Monuments are located in Hosapete taluk of Ballari district of Karnataka.
♦ There are 57 monuments which were constructed between 1336 AD to 1565 AD during Vijayanagar Rule.
♦ It has been declared a World Heritage Site by the United Nations Educational, Scientific and Cultural Organization (UNESCO).
Other Sites that have been selected are: Taj Mahal (Uttar Pradesh), Fatehpr Sikri (Uttar Pradesh), Ajanta & Ellora Caves (Maharashtra), Red Fort and Humayun’s Tomb (New Delhi), Qutb Minar and Purana Qila (New Delhi), Khajuraho Temples (Madhya Pradesh), Shore Temple in Mahabalipuram (Tamil Nadu), Konark Sun Temple (Odisha), Golconda Fort (Telangana).

Tri-service maritime exercise ‘Paschim Lehar’ begins
‘Paschim Lehar’, a tri-service maritime exercise was held off India’s Western Coast from February 12, 2018.
‘Paschim Lehar’:
i. Objective behind conducting this exercise was to build interoperability among Indian Navy, Air Force and Army.
ii. Around 40 ships, submarines and fighter aircrafts from the Western Naval Command of the Indian Navy participated in ‘Paschim Lehar’.
iii. During the course of this exercise, number of weapons including missiles, guns and torpedo were fired.
iv. Besides, the exercise helped in validating and refining the operational plans of the Western Naval Command.

Details about ‘Agricon 2018’:
i. Uttar Pradesh Governor Ram Naik and Uttar Pradesh Agriculture Minister Surya Pratap Shahi were also present at the inauguration ceremony.
ii. The conference has been organised under the joint auspices of The Society of Agricultural Professionals, Kanpur and Chandra Shekhar Azad University of Agriculture & Technology, Kanpur.
iii. Organisations like National Institute of Agricultural Sciences (referred to as NAAS) and Indian Council of Agricultural Research are partnering in this conference.
iv. During this four-day event, discussions will be held on various themes including Sustainable Farming Systems, Conservation and Utilisation of Genetic Resources and Managing Change in Agriculture.

India’s defence budget breaks into world’s top 5: UK report
According to the ‘Military Balance 2018’ report by the International Institute for Strategic Studies (IISS), India overtook the UK as the fifth-largest defence spender in the world in 2017.
Details about India’s Defence Budget:
i. For the year 2017, India’s Defence Budget stood at $52.5 billion, up from $51.1 billion in 2016.
ii. UK’s defence budget fell from $52.5 billion in 2016 to $50.7 billion in 2017.
iii. With $602.8 billion, US had the highest Defence budget during 2017.
iv. India’s neighbour China occupied the second position with $150.5 billion Defence budget – almost three times as compared to India.
v. Third and fourth spots were occupied by Saudi Arabia and Russia respectively.
vi. International Institute for Strategic Studies (IISS) is a London-based global think tank.

China’s Qingdao city to host SCO summit 2018
On February 14, 2018, China announced that this year’s summit of the Shanghai Cooperation Organisation (SCO) will be held in the city of Qingdao. 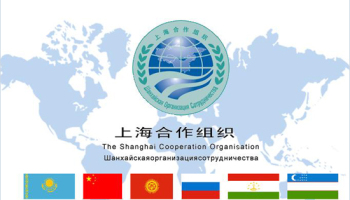 i.China is the founding member of SCO and is currently holding the rotating presidency of the SCO.
ii.India and Pakistan were admitted as full members of SCO in June 2017.
iii.Exact date of the Summit has not been announced. It will tentatively be held in June 2018.
About Shanghai Cooperation Organisation (SCO):
i. SCO is a political, economic, and military organisation comprising China, Kazakhstan, Kyrgyzstan, Russia, Tajikistan and Uzbekistan.
ii. Earlier, it was known as Shanghai Five (formed in 1996 in Shanghai). Uzbekistan was not a member of Shanghai Five.
iii. In June 2001, with inclusion of Uzbekistan, the grouping was renamed as SCO.

Equitas Bank rolls out “selfeSavings” digital savings account
Equitas Small Finance Bank has rolled out ‘selfeSavings’, an interactive digital savings account.
Information about Equitas Bank “selfeSavings”:
i. This account can be opened with the web-based interactive video form hosted on Equitas’s website by using Aadhaar number, PAN and other basic details.
ii. It allows customers to set up a mobile banking PIN, through which they can start using their account instantly.
iii .There is no minimum balance requirement for selfeSavings account. Balance below Rs. 10 lakh fetches interest at 6 per cent per annum while for Rs. 10 lakh and above, customer gets 6.5 per cent interest.
iv. ’selfeSavings’ account comes with a virtual Visa debit card that can be used to shop online. This account also allows customers to make online money transfers for free. KP Sharma Oli – Nepal’s next Prime Minister:
i. Two months after the parliamentary elections, the CPN-UML party has named its head KP Sharma Oli as the next Prime Minister of Nepal.
ii. In December 2017, the Left Alliance of CPN-UML party and CPN-Maoist Centre obtained 174 seats in the 275-member Parliament.
iii. It also obtained majority in the upper house of Parliament with 39 seats. This qualified the Left Alliance to form the next government.
iv. KP Sharma Oli is 65 years old. He served as Nepal’s prime minister from 11th October 2015 to 3rd August 2016.
About CPN-UML (Communist Party of Nepal – Unified Marxist–Leninist):
♦ President – KP Sharma Oli
♦ Founded – 1991 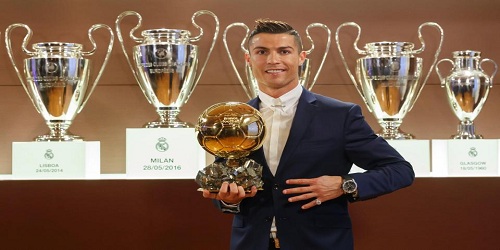 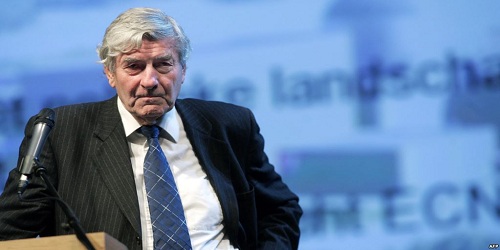 Death of Ruud Lubbers:
i.Ruud Lubbers was 78 years old. He had been ill for some time. He was born on 7th May 1939 in Rotterdam.
ii.He served as economics minister from 1973 to 1977. He served as Prime Minister of the Netherlands from 1982 to 1994. He also served as United Nations High Commissioner for Refugees from 2001 to 2005.
About Ruud Lubbers:
Political Party – Christian Democratic Appeal
Occupation – Politician, diplomat, economist, businessman