Aero India 2017 Begins at Air Force Station, Bangalore
i. The 11th biennial edition of International Aerospace and Defence Exhibition – Aero India 2017 kicked off at the Air Force Station, Yelahanka in Bengaluru, Karnataka on February 14, 2017.
ii. The five day event was inaugurated by Defence Minister Manohar Parrikar. It has been organized and conducted by the Defence Exhibition Organisation (DEO) and will conclude on February 18, 2017.
iii. For the first time in the Aero India event, China will also participate with a five member team. Besides, two more delegates from china would also be attending the event.
iv. One of the major event of Aero India 2017 on February 14, 2017 was the handing over of Airborne Early Warning and Control System (AEW&C) to the Indian Air Force by the Defence Research & Development Organisation (DRDO). 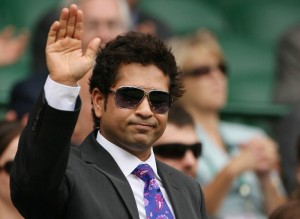 crore.
ii. The Rajya Sabha MP Sachin Tendulkar  is adopting Donja village in Osmanabad, Maharashtra under the Sansad Adarsh Gram Yojna to transform the undeveloped village into a model one.
iii. Tendulkar has sanctioned over Rs 4 crore from his Members of Parliament Local Area Development (MPLAD) fund for development of Donja. The total amount will be spent on the development of a school which is over 70-years-old.
iv .The school will also be replaced with a new school building, a water supply scheme, concrete roads, banking services, to set up micro cash-recycler ATMs and a sewage line attached to the same.
v. Five special village level meetings have been held since the village was adopted by Tendulkar in which the women were also given the opportunity to give their suggestions for the village transformation.
vi. Out of 610 households in Donja, 400 did not have toilets but after Tendulkar’s adoption, nearly 231 toilets have been built and are in use.

International Coin Fair Begins in Thiruvananthapuram
i. The International Coin Fair was inaugurated at Kanakakunnu Palace in Thiruvananthapuram, Kerala on February 13, 2017 by the Kerala state Minister for Tourism, Cooperation and Devaswoms Kadakampally Surendran.
ii. The three day exhibiton has been organized by the District Tourism Promotion Council (DTPC) and will conclude on February 15, 2017.
iii. The exhibition has been organized to showcase more than 2,500 coins from around 500 regions including those from the time of empires and princely states.
iv .It would also feature the collection of Justin Gilbert Lopez who holds a Guinness world record for the largest coin collection of nearly 310 countries.
v .Besides, the coin from the time of Alexander the Great, Mughals, Chera, Chola emperors, Kanishka, Romans, Islamic Dynasty, and the coin released by Subhash Chandra Bose during the British rule and Somalian guitar-shaped coins, Princess Diana tribute coins, flower-inscribed coins among other rare pieces would be the major display.
Kerala
♦ Capital: Thiruvananthapuram         ♦ Animal: Indian Elephant
♦ Bird: Great Hornbill                        ♦ Flower: Golden Shower Tree Flower
♦ Tree: Coconut Tree

UNESCOs Nature Fest held in Himachal Pradesh
France based UNESCO organised the two-day Nature Fest at the World Heritage Site Great Himalayan National Park (GNHP) at Sairopa in Kullu district from February 11, 2017.
Highlights:
i. The festival was organised in collaboration with the Wildlife Institute of India (WII) and would be attended by prominent conservationists.
ii. A media workshop held on the sidelines and Discussion on nature conservation to discuss various aspects of environmental journalism.
Great Himalayan National Park : 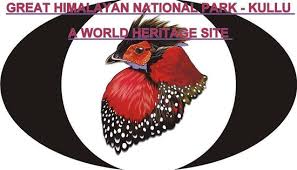 ♦ The Great Himalayan National Park (GHNP), is one of India’s national parks, is located in Kullu region in the state of Himachal Pradesh.
♦ GHNP was added to the UNESCO list of World Heritage Sites on June 2014.
UNESCO:
♦ Headquarters: Paris, France
♦ Head: Irina Bokova

Nomura Projects India’s GDP at 5.7 % in January-March quarter
i. According to the global financial services major Nomura, the GDP growth of India is

estimated to remain low at 5.7 percent in the January-March quarter due to the effect of demonetization of high value currency.
ii. Nomura expects the economic growth to slow from 7.3 per cent GDP growth in the July-September 2016 to 6 percent in the October-December 2016 quarter and further to 5.7 per cent in the first quarter of 2017 ending March 2017.
iii. However, the growth is also expected to recover after the first quarter of 2017 due to remonetization and wealth redistribution.

World Bank Group, IFC to Conduct Training Programmes for NBFCs
i. The International Finance Corporation (IFC), a part of the World Bank Group has partnered with Finance Industry Development Council (FIDC) to conduct training programmes for Non Banking Finance Companies (NBFCs).
ii. For this two engagement letters have been signed between IFC and FIDC on February 13, 2017 in New Delhi between Jun Zhang, IFC India Country Head and Raman Aggarwal, Chairman of FIDC, a representative body for NBFCs, especially those engaged in asset financing.
iii. The training programmes will focus on ‘movable asset financing’ and ‘commercial credit reporting’. It would be held at various centres across the country under the guidance of leading consultants from the World Bank Group.
iv. The training programme is expected to enhance the awareness, expertise and professionalism of NBFCs, especially the large number of small and medium sized NBFCs catering to the credit needs in rural and semi-urban areas.
v .The International Finance Corporation (IFC) is an international financial institution that offers investment, advisory, and asset management services to encourage private sector development in developing countries.
World Bank :
♦ Headquarters: Washington, D.C., United States
♦ CEO: Jim Yong Kim

IDFC Asset Management Company launches Open-Ended Fixed Income Fund
i. IDFC Asset Management Company launched an open-ended fixed income fund  named Credit Opportunities Fund on February 13 in Mumbai which is expected to raise the revenue of the company in the range of Rs 300 crore-500 crore within the NFO period itself.
ii. A new fund offer (NFO) is the first time subscription offer for a new scheme launched by the asset management companies (AMCs). A new fund offer is launched in the market to raise capital from the public in order to buy securities like shares, govt. bonds etc. from the market.
iii. The Credit Opportunities Fund will open for subscription on February 14 and close on February 27. It will reopen for continuous sale and repurchase from March 6, 2017.
iv. The new fund scheme aims to optimise the higher risk associated with the credit fund category. 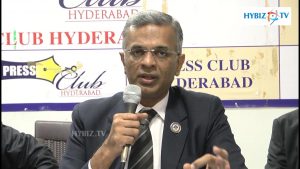 Shigenori Shiga Steps Down as Toshiba’s Chairman
i. Toshiba Corporation’s Chairman Shigenori Shiga announced his resignation from the multinational conglomerate with effect from February 15, 2017 as the company faced huge losses of multi-billion-dollars.
ii. Shiga is stepping down accepting his responsibility for his company’s financial challenges and operating losses.
iii. The company issued a report forecasting a net loss of 390 billion yen ($3.4 billion) in the current fiscal year ending March 2017.
iv .Besides, the company also faced a 712.5 billion yen (USD 6.3 billion) loss for its nuclear business related to the purchase of CB&I Stone & Webster by its US nuclear unit Westinghouse.
v. Though Shiga would step down from the board, he would stay on as a Toshiba executive 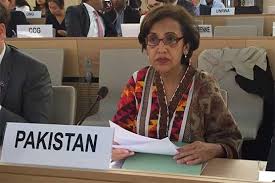 Infibeam to merge CCAvenue with itself, valuing online payments co at Rs 2000 crore
i. Ahmedabad based India’s first listed ecommerce startup Infibeam has announced to merger agreement with India’s largest payment aggregator company CC Avenue on February 14, 2017. The value of the deal is expected to value the online payment gateway at about Rs 2,000 crore
ii. Infibeam, which already owns a 3.85% stake in CC Avenue through subsidiary NSI Infinium Global, has agreed to acquire another 7.5% stake in it by investing Rs.150 crore.
iii. CC Avenue will soon have the Bharat Bill Payments Systems(BBPS) which will facilitate all bill payments for utilities and services
Infibeam:
♦ Infibeam is an Indian internet and e-commerce conglomerate involved in online retailing, e-commerce software and internet services.
♦ It is an online retailer for books, electronics, and automobiles in India.
♦ Founder: Vishal Mehta

Australia’s Adam Voges Announces Retirement from International Cricket
i. Australian cricketer Adam Voges has decided to retire from all formats of international cricket after playing his last match as captain of the team Prime Minister’s XI against Sri Lanka in Canberra on February 15, 2017.
ii. Voges has played only 20 Tests for Australia after debuting at the age of 35 in 2015 and became the oldest debut centurion when he scored an unbeaten 130 against West Indies in Dominica.
iii. During his career of test match period he scored 1485 runs with five centuries and four half-centuries. His batting average of 61.87 is second only to Donald Bradman among all batsmen with a minimum of 20 Tests.
iv. He played his last match in Western Australia’s Sheffield Shield match against Tasmania in November 2016. 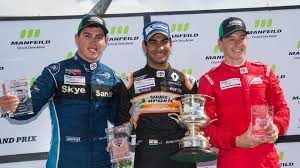 Mumbai Boy Kush Bhagat Awarded CM Title by World Chess Federation
i. Mumbai based Kush Bhagat has been awarded the Candidate Master (CM) title by the World Chess Federation body, FIDE on February 14, 2017 for his outstanding performance in Western Asian Youth Chess championship 2016 at UAE.
ii. Kush, a second grade student from Hill Spring International School has presented tremendous performances in the past 6 months.
iii. Under his coach, Balaji Guttula, he won U-7 Maharashtra State Championship 2016 title to becoming the World Schools under 7 Blitz champion in Sochi (Russia). He won 3 gold medals at the first ever Western Youth Chess Championship 2016 at Dubai in UAE, Grammy

Veteran Journalist T V Parasuram Passed Away
i. Former correspondent of the Press Trust of India,  T V Parasuram passed away on February 14 ,2017. He was 93.
ii. Parasuram has won a Harvard Niemen Fellowship in journalism. He had served as the correspondent for The Indian Express for two decades.
iii. He has authored two books -‘ A Medal for Kashmir’, and ‘Jewish Heritage in India‘. 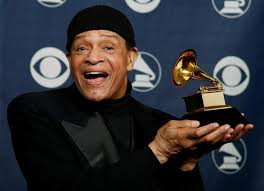 i. Legendary American jazz singer Al Jarreau passed away on February 12, 2017 in Los Angeles. He was 76.
ii. Al Jarreau was nicknamed as “Acrobat of Scat” for his unique singing style and was best known for his 1981 album Breakin’ Away and singing the theme song to the popular 1980’s TV show Moonlighting.
iii. During his course of career the pop, jazz singer has released more than 20 albums and won seven Grammy Awards besides being nominated for over a dozen more.