2017 National Women’s Parliament held in Andhra Pradesh
i. In a first of its kind initiative, National Women’s Parliament was organized by the Andhra Pradesh Legislative Assembly in association with MAEER’s MIT School of Governance at Pavithra Sangamam in Amravati, Andhra Pradesh with an aim to empower women.
ii. The three day conclave that began on February 10, 2017 was based on the theme: ‘Empowering Women — Strengthening Democracy’.
iii. The conclave was inaugurated by Prime Minister Narendra Modi via video conference in the presence of AP Chief Minister N Chandrababu Naidu and Speaker of Bangladesh Parliament, Shirin Sharmin Chaudhury.
iv. The vision of the conclave is to provide a platform to enable and encourage social, political and economic empowerment of women in all strata of the society.
v. The NWP is set to come out with the Amaravati Declaration on women empowerment at the end of the three-day deliberations on February 12, 2017

Second edition of International Spice Conference Begins at Thiruvanantapuram
i. The second edition of the International Spice Conference began at Kovalam in Thiruvananthapuram district of Kerala from February 12, 2017.
ii .The three days conference has been hosted by All India Spices Exporters Forum (AISEF) in association with the Cochin Chamber of Commerce and Industry. The conference was inaugurated by the Nestle India Limited Chairman and Managing director Suresh Narayanan.
iii .The theme of the conference is “21st Century Spic Industry-Disrupt or be Disrupted”
iv .The main aim of the event is to deliberate on effective strategies and innovative technologies to improve the livelihood of spice farmers, address spice industry challenges, food safety concern, demand supply disparity and foster sustainable growth.
v. Over 800 delegates, including 250 delegates from foreign countries will take part in the conference.
vi .AISEF has set a target to achieve the spice export to about five billion by 2021, from the current export of Rs 2.5-billion.

IIT Kharagpur to launch India’s first School on Quality and Reliability
i. The Indian Institute of Technology (IIT) Kharagpur is starting India’s first inter-disciplinary School on Quality and Reliability (Q&R) in India.
ii. The main of the establishing the school is to improve the quality of life for the people of India as well as develop quality conscious global citizens.
iii. The Q&R school, in collaboration with other academic units in the Institute will offer academic courses, research and mission-mode programmes in the area of Quality and Reliability for social transformation.
iv .Besides quality, the school will also help to improve the trinity of 3Ps namely Process, Planet and People with target on Engineering, Human and Natural systems.
v. The School will be interdisciplinary with faculty members and students from various disciplines.
vi. The school is being named after an IIT Kharagpur alumnus Quality guru Subir Chowdhury as the Subir Chowdhury School of Quality and Reliability. He is the patron of the school who has offered $1 million fund for school.

India Decides to Host Counter-Radicalisation Conference with ASEAN
i. India has decided to conduct Conference with the Association of Southeast Asian Nations (ASEAN) to share experiences and ideas from the member countries on

preventing radicalization and promoting deradicalisation.
ii. The Conference may be held in October 2017.
iii. The event will deal with the growing IS threat and make effort to counter radicalization and misuse of religion by groups and countries for inciting hatred and terrorism
iv .With the conference, India plan’s to share experience and benefit from that of ASEAN countries, especially Malaysia and Indonesia which are working on this aspect and India wants to gain from their expertise.
Association of Southeast Asian Nations (ASEAN)
♦ ASEAN is a regional organisation comprising ten Southeast Asian states which promotes intergovernmental cooperation and facilitates economic integration amongst its members.
♦ Its members include Indonesia,  Malaysia, Philippines,  Singapore,  Thailand,  Brunei,  Cambodia, Laos, Myanmar(Burma) and Vietnam.

FSSAI sets up 11 member panel to finalize Food Fortification Laws
i. The Food Safety and Standards Authority of India (FSSAI) has set up a 11 member scientific panel to frame final regulations on fortification of foods and prepare strategies to address malnutrition problem.
ii. Fortification means deliberately adding or increasing the content of essential micro nutrients in food items to improve quality.
iii .The Food Safety and Standards Authority of India (FSSAI) has already issued the draft guidelines on fortification for five food items including salt, milk, wheat flour, rice and edible oil to boost production and consumption of fortified foods.
iv. Based on the comments received on the draft Regulations by various stakeholders, the Panel will finalise the Regulations
v. The Panel will be responsible to identify critical nutritional gaps in the Indian diet in general and in specific target groups based on diet surveys and credible scientific evidence.
vi .It will define strategies to address nutritional needs of the general population and vulnerable groups, besides reviewing the standards for all suitable food fortifying vehicles.
vii .The panel will also address regulatory and related technological issues, review proposals from industry using modern risk assessment methods, and prescribe standard sampling and test methods for effective monitoring, surveillance and enforcement of the relevant regulations.
viii. The member of the panels include Ambrish Mithal from Medanta; CS Pandav and R K Marwaha (Retd) from AIIMS; Anura Kurpad from St John’s Medical College; Yogeshwar Shukla from CSIR – Indian Institute of Toxicilogy Research, HPS Sachdev from Sita Ram Bharatia Institute of Science and Research; KM Nair from NIN; P Ramachandran from Nutrition Foundation of India; Sumit Arora from NDRI; Sirimavo Nair from the MS University, Baroda, and Harsulkar from Bharati Vidyapeeth.
Food Safety and Standards Authority of India (FSSAI)
♦ FSSAI is responsible for protecting and promoting public health through the regulation and supervision of food safety.
♦ Formed: August 2011
♦ Headquarters: New Delhi
♦ Chairperson: Ashish Bahuguna
♦ Chief Executive Officer: Pawan Kumar Agarwal 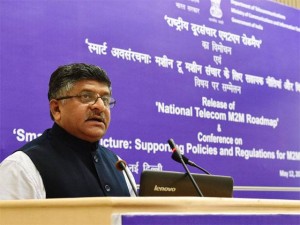 with a total corpus of Rs. 6,831 crore to support entrepreneurship and innovation in electronics and IT.
ii. The Minister of Law and IT, Ravi Shankar Prasad approved a seed capital of Rs 681 crore on the basis of which more venture capital will be raised.
iii .The Electronic Development Fund will help to contribute to various other funds under it for
those who invest the money in companies for creation of intellectual property rights in the field of electronics and IT.

Diego Maradona Gets Ambassador Role at FIFA.
i. The FIFA governing body has named Argentina’s former soccer player Diego Maradona as the new Ambassador of the FIFA on February 9, 2017.
ii. The 56 year old will have major role in FIFA’s activities to promote the game across the globe and will also be be involved in relevant development projects
About FIFA
♦ The Fédération Internationale de Football Association is the international governing body of association football, futsal, and beach soccer.
♦ President: Gianni Infantino
♦ Headquarters: Zürich, Switzerland
♦ Founded: 21 May 1904
♦ Motto: For the Game. For the World 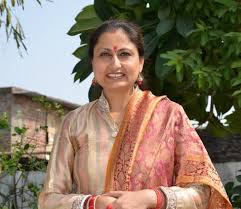 US and Japan Successfully Conducts Test Flight of New Ballistic Missile Defence System
i. The United States and Japan successfully conducted a flight test of a Standard Missile-3 (SM-3) Block IIA from the Pacific Missile Range Facility at Kauai, off coast Hawaii on February 3, 2017.
ii. The next-generation SM-3 Block IIA Interceptor has been jointly developed by the U.S. defense firm Raytheon and Japan’s Mitsubishi Heavy Industries to destroy an incoming ballistic missile target and is launched from US warship.
iii. The two nations have been working together since 2006 and America has so far spent about $2.2 billion on the system and Japan about $1 billion.
iv. The US warship USS John Paul Jones, a Arleigh Burke-class guided missile destroyer detected and tracked the target missile with its onboard radar using the Aegis Baseline 9.C2 weapon system.
v. Upon acquiring and tracking the target, the ship launched an SM-3 Block IIA guided missile which intercepted the target.
vi .The SM-3 Block IIA interceptor is designed to destroy short-to intermediate-range ballistic missile threats and can be deployed at land-based Aegis Ashore sites and Aegis-equipped warships.
vii. This was the third flight test and the first intercept test of a SM-3 Block IIA, the most advanced version of the SM-3 “hit-to-kill” interceptor.
United States
♦ Capital: Washington, D.C.
♦ President: Donald Trump
♦ Currency: United States Dollar

Ravichandran Ashwin becomes the fastest bowler to take 250 Test wickets
i .Indian off-spin specialist Ravichandran Ashwin became the fastest cricketer to take 250 wickets in Test matches. He achieved this feat in his 45th test match against Bangladesh on 12 February 2017, when he dismissed captain of Bangladesh team Mushfiqur Rahim at the Rajiv Gandhi International stadium in Hyderabad.
ii. Ashwin surpassed Australian fast bowler Dennis Keith Lillee, who played 48 matches to reach the milestone of 250 Test wicket.
iii. Earlier in 2016, Ashwin achieved the feat of taking fastest 200 wicket in Test in his 37th test surpassing Waqar Younis of Pakistan and Dennis Lillee of Australia who took 38 test matches each to take 200 wickets.
iv. Ravichandran Ashwin has become the sixth Indian bowler to reach 250 test wickets. 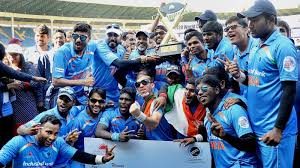 ii. Pakistan set a target of 198 runs for India to win. India chased the total with a loss of one wicket and 14 spare balls.
iii. India’s opening batsman Prakash Jayaramaiah was named as the Man of the Match.
iv. Badar Munir was named as the Man of the series who made the highest core for Pakistan.
v. Rahul Dravid, the former Indian Cricketer and Captain was the brand ambassador for 2017 T20 Blind Cricket World Cup.
vi. This was the second edition of the tournament. The first edition was played in 2012 in which India beat Pakistan by 29 runs.

NBA & Take Two to Launch NBA 2K E-League
i. The National Basketball Association (NBA), an American professional basketball league,  is creating a brand new e-sports league called NBA 2K e-League in partnership with Take-Two Interactive Software Inc., the developers of the popular NBA 2K video games.
ii .This is the first time that a professional sports organization will operate an e-sports league. The competitive gaming league will be launched in 2018.
iii. The e-League will be similar to the typical NBA tournament. Each team will have five players, and play in a real league format complete with a regular season, playoffs, and a championship matchup.
iv .Like in regular NBA league, each team in E-league will also be individually operated by separate NBA franchises.
v. The main objective of NBA behind launching such e-league is to attract a new demographic of viewers, not only to watch e-Sports, but also become fans of basketball and also to grow the game of basketball among the one who might be playing some other game. 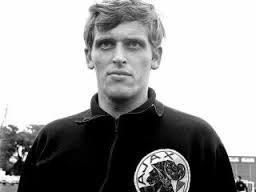 Jiro Taniguchi, a Japanese manga legend Dies at 69
i. Jiro Taniguchi, a Japanese manga writer died in Tokyo on February 11, 2017. He was 69.
ii. Taniguchi began his career as an assistant to the artist Kyota Ishikawa. His own first piece of manga was published in the year 1970 named “A Desiccated Summer.”
iii. Taniguchi first shot to fame in Japan at the end of the 1980s with the first volume of “The Times of Botchan”
iv. His other works include Icarus, A Distant Neighborhood and Quartier Lointain. He was well known for his exquisite line drawing of scenes from everyday life. 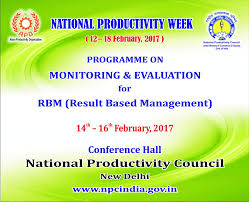 and encourages implementation of productivity tools and techniques with contemporary relevant themes.
iv. Various workshops, essay/painting/slogan competitions, debates, training programs is organized during the week to spread the message of productivity amongst all stakeholders.
v. National Productivity Council is an autonomous body under Department of Industrial Policy & Promotion, Ministry of Commerce & Industry, Government of India established on 12th February, 1958 to stimulate and promote productivity and quality consciousness across all sectors in the country.