We are here for you to provide the important current affairs December 6 2017 which have unique updates of all daily events from all newspapers such as The Hindu, The Economic Times, PIB, Times of India, India Today, Indian Express, Business Standard, all Government official websites. Our complete current affairs helps you to get more marks in Banking, insurance, UPSC, SSC, CLAT, Railway and all other competitive Exams. 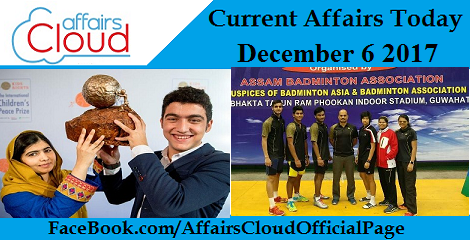 Centre allows NGT to form one-member benches
On December 1, 2017, Union Ministry of Environment and Forests issued a notification to amend the National Green Tribunal (Practices and Procedure) Rules, 2011.
i. As per this notification, National Green tribunal (NGT) chairperson has been allowed to constitute a single-member bench in ‘exceptional circumstances’.
ii. However, term ‘exceptional circumstances’ has not been defined in the notification.
ii. As per the earlier rules, the bench should comprise two or more members with at least one judicial member and another expert member.
iv. Currently, regional benches in Kolkata and Chennai are both functioning with one member (judicial) each.  The expert members in these benches have retired.
Quick Facts about National Green Tribunal (NGT):
♦ Established in – 2010
♦ Purpose – To dispose cases related to environmental protection and conservation of forests and other natural resources
♦ Headquarters – New Delhi
♦ Current Chairperson – Justice Swatanter Kumar

Centre offers Rs 2.5 lakh for every inter-caste marriage with a Dalit
Central Government has removed income limit for incentive under ‘Dr Ambedkar scheme for social Integration through inter caste marriage’.
About ‘Dr Ambedkar scheme for social Integration through inter caste marriage’:
i. This scheme was launched in 2013 with a target to provide monetary incentive to at least 500 inter-caste couples (where either the bride or the bridegroom is a Dalit) per year.
ii. As per rules of this scheme, such couples whose total annual income does not exceed Rs 5 lakh were eligible to get a one-time incentive of Rs 2.5 lakh from the Central Government.iii. The objective behind this scheme was to appreciate the socially bold step and to financially help the newly-wedded couple to settle down in the initial phase of their married life.
iv. Union Ministry of Social Justice and Empowerment has now issued a directive that the condition of “total income of the newly-wedded couple should not exceed Rs 5 lakh per annum” has been removed and thus there is no income limit to be eligible for incentive under this scheme. Overview of Maharashtra’s ‘Industrial Policy for Women Entrepreneur’:
i. Under this policy, a woman entrepreneur in Maharashtra would get financial assistance from state government in the range of Rs 15 lakh up to Rs 1 crore for capital investment in project at the subsidized rate of interest up to 5%.
ii. For projects headed by women entrepreneurs, electricity will be supplied at a subsidized rate of Rs 1-2 per unit instead of Rs 7-8 per unit charges for industries.
iii. Every mall, commercial complex or market yard will have specific shops/spaces reserved only for women businesspersons.
iv. Besides, across Maharashtra Industrial Development Corporation (MIDC) areas in the state, some portion of land will be reserved for women industrialists.
v. With this, Maharashtra has become the first state in  India to have such policy exclusively for women entrepreneurs.
Quick Facts about Maharashtra
♦ Capital – Mumbai
♦ Current Chief Minister – Devendra Fadnavis
♦ Current Governor – C Vidyasagar Rao
♦ Important National Park – Sanjay Gandhi National Park 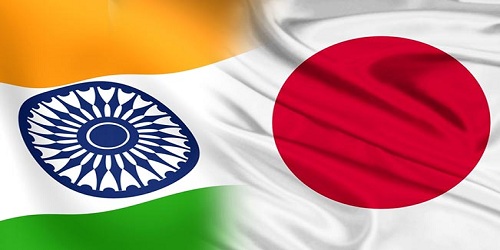 i. ’India-Japan Act East Forum’ has been set up to identify specific projects for economic development of the North-Eastern region of India.
ii. The specific projects will be pertaining to infrastructure, connectivity, industrial linkages as well as people-to-people contacts in north-eastern region of India.
iii. Agreement to set up this forum was signed in September 2017, during Japanese Prime Minister Shinzo Abe’s visit to India.
iv. The first meeting of this forum, held on December 5, 2017 was co-chaired by Foreign Secretary S Jaishankar and Japanese Ambassador to India, Kenji Hiramatsu.
Quick Facts about Japan:
♦ Capital – Tokyo
♦ Currency – Japanese yen
♦ Current Prime Minister – Shinzo Abe
♦ Important Rivers – Shinano, Tone, Ishikari

International Solar Alliance becomes a Legal Entity
International Solar Alliance (ISA), which was launched in November 2015, was slated to become treaty-based International Intergovernmental organization as soon as its framework agreement is ratified by 15 countries.
i. Guinea became the 15th country to ratify the Framework Agreement of ISA and on account of this ratification; ISA became a legal entity from December 6, 2017.
ii. Till date, 46 countries have signed and 19 countries have ratified the Framework Agreement of ISA………………………………………..Click here to Read more 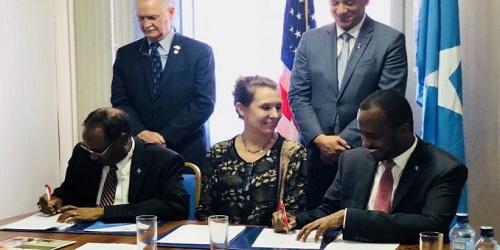 3rd DRC-NITI Aayog Dialogue held in Beijing
On 5th December 2017, the 3rd edition of the Dialogue between the NITI Aayog and the Development Research Council (DRC) of China, the DRC- NITI Aayog Dialogue was held in Beijing, China.
3rd DRC- NITI Aayog Dialogue:
i. The meeting was co-chaired by Vice Chairman NITI Aayog, Dr. Rajiv Kumar, and Mr Li Wei, President (Minister), DRC.
ii. The Indian delegation consisted of senior officials from NITI Aayog and Ministries of New & Renewable Energy and Food Processing.
iii. The Chinese delegation comprised of researchers and officials from DRC and ministers from various departments.
iv. In-depth discussions were held on sharing of experiences and best practices in the areas of Electric mobility, clean energy, Higher education and Special Economic Zones (SEZs). The two sides agreed that the 4th NITI Aayog – DRC Dialogue will be held in India in 2018.
About Development Research Center (DRC) of China:
♦ Headquarters – Beijing
♦ Minister responsible – Li Wei
♦ Purpose – policy research, strategic review and consulting of issues related to the economic and social development on mainland China

Canara HSBC Life begins video service for real-time customer engagement
Canara HSBC Oriental Bank of Commerce Life Insurance Co Ltd has launched a video service that seeks to improve customer engagement.
About Canara HSBC OBC Life’ Video Service:
i. By using the videos service, customers can directly engage with the company for various service requests. For using this service, the customer just needs to go to company’s website and click on the video service icon.
ii. Customers can access this service through a smartphone, a desktop with camera or camera-enabled laptop.
iii. Earlier, Canara HSBC OBC Life had already tapped social-media sites – Facebook, Twitter and Linkedin – for customer services.
iv. This company has access to a network of over 10000 bank branches of Canara Bank, HSBC and Oriental Bank of Commerce, which are its principal shareholders. i. Mohamad Al Jounde has been awarded for building a school and providing education to hundreds of Syrian refugee children who fled to Lebanon to escape the conflict.
ii. At the age of 12 years, Mohamad decided to set up a school in the Bekaa Valley refugee camp in Lebanon.
iii. The school currently has 200 students. Range of subjects from Maths to English and even photography are taught in this school.
iv. Moaham Al Jounde was presented 2017 International Children’s Peace Prize by Malala Yousafzai, the youngest recipient of the Nobel Peace Prize.
About International Children’s Peace Prize:
♦ Awarded to – a child who has made an important contribution to advocating children’s rights and improving the situation of vulnerable children
♦ First Awarded in – 2005
♦ Instituted by – KidsRights Foundation (based in Amsterdam, Netherlands) Taj Mahal – 2nd best UNESCO world heritage site:
i. The survey lists the UNESCO Cultural and Natural heritage sites best rated by travellers around the globe. With over 8 million visitors per year, Taj Mahal is rated second after Cambodia’s Angkor Wat in the first position.
ii. Great Wall of China is also included in the list. Machu Pichu in Peru in South America has bagged the fourth spot.
iii. Iguazu National Park in Brazil, Italy’s Sassi of Matera, Auschwitz Birkenau and historic Krakow in Poland, the old city of Jerusalem in Israel and the historic areas of Istanbul in Turkey have also made to the list.
About TripAdvisor:
♦ Founded – 2000
♦ Headquarters – Massachusetts, U.S.
♦ Co-founder and CEO – Stephen Kaufer

London Mayor names Deepak Parekh as first International Ambassador of UK
On 4th December 2017, the Mayor of London, Sadiq Khan announced Indian businessman, Deepak Parekh, as International Ambassador who will be tasked with promoting investment opportunities.
Deepak Parekh – first International Ambassador of UK:
i. Deepak Parekh is one of the first of a network of international ambassadors that would include high-level business and cultural figures based in London or overseas.
ii. The role of the new ambassadors will be to work closely with the Greater London Authority (GLA) and London & Partners to share information about London across the world, while providing market intelligence to London-based businesses.
iii. Deepak Parekh is the Chairman of HDFC Ltd. He is also a member of the City of London’s Advisory Council for India which guides the city’s engagement with India.
iv. Sadiq Khan was in India to promote London as a business and tourism destination and to strengthen the bonds between India and London.
About Greater London Authority (GLA):
♦ Established – 2000
♦ Type – Local authority of Greater London
♦ Chairman of the London Assembly – Tony Arbour

Files Go:
i. Files Go is globally available on the Google Play Store for all phones running Android 5.0 (Lollipop) and higher.
ii. ‘Files Go’ helps to free up space and will even deliver personalised suggestions as to which files or apps to delete. The app also checks into duplicate files, videos and memes using its mobile vision technology.
iii. It lets you transfer files to another smartphone directly without using data or even when you are offline. Google claims that all files transfers are encrypted and the transfer speeds are as fast as 125 Mbps.
About Google:
♦ Founded – 1998
♦ Headquarters – California, U.S.
♦ CEO – Sundar Pichai 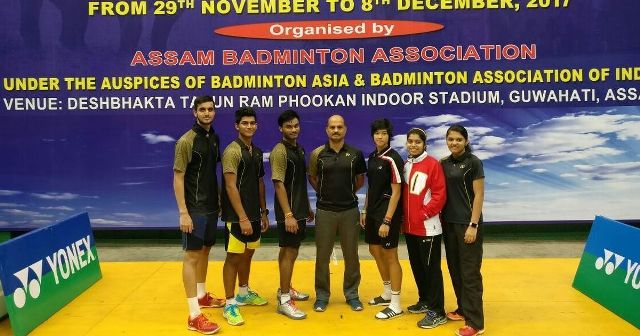 Russia banned from 2018 Winter Olympics over state-sponsored doping
On 5th December 2017, Russia was banned from the 2018 Winter Games by the International Olympic Committee (IOC) over its state-orchestrated doping programme.
Russia banned from 2018 Winter Olympics:
i. A report by the World Anti-doping Agency (WADA) and two subsequent IOC investigations have confirmed that Russian athletes took part in an elaborate drug cheating programme which peaked during the 2014 Winter Olympics in Sochi.
ii. The IOC has also banned Russia’s Deputy Prime Minister Vitaly Mutko, who was sports minister during the Sochi Games, for life.
iii. No Russian athlete with a previous doping violation will be allowed to compete and no official who had a leadership role at Sochi 2014 will be invited to Pyeongchang. However clean Russian athletes will be allowed to compete under a neutral flag.
About World Anti-doping Agency (WADA):
♦ Purpose – Anti-doping in sport
♦ Headquarters – Montreal, Canada
♦ President – Craig Reedie 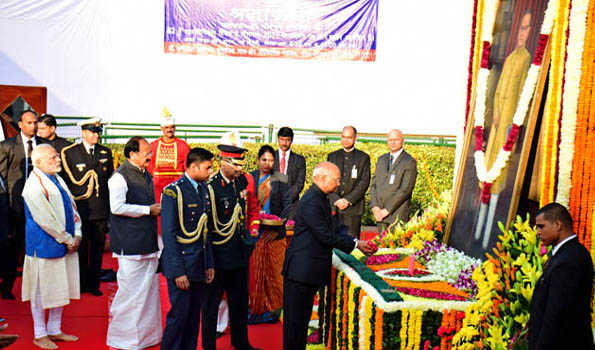