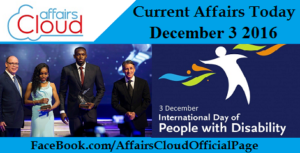 Supreme Court Sanctions Centre’s Graded Response Action Plan to Tackle Pollution
i. The Supreme Court  on December 2, 2016, given its approval to the Centre’s Graded Response Action Plan to tackle different levels of pollution in Delhi-NCR.
ii. A bench headed by Chief Justice T S Thakur and Justice A K Sikri & Justice S A Bobde has also directed the Central Pollution Control Board (CPCB) to upgrade its existing infrastructure and set up additional monitoring stations in Delhi-NCR within six months.
iii. The sanction came after environmentalist Sunita Narain from the Centre for Science and Environment told the bench that the Centre’s graded response action plan to tackle different levels of pollution was “acceptable” and can be put into operation.
iv. The action plan proposes common pollution code for Delhi. The code categorises the severity of the pollutants present in the air into four categories depending upon the level of pollutants in air: Moderate To Poor, Very Poor, Severe, Emergency
v. If the particulate matter (PM) 2.5 levels are above 250 to 430 micrograms per cubic metre in the ambient air it will be termed as “severe” levels of pollution after which immediate action including ban on power plants and construction activities would be imposed in the national capital.
vi. The enforcement of action plan will be under orders of Environment Pollution (Control and Prevention) Authority (EPCA).
vii. A number of measures has ben listed for the prevention of pollution which includes: closing brick kilns, stone crushers, hot mix plants, intensifying public transport services besides increase in frequency of mechanised cleaning of road and sprinkling of water on roads to tackle problem of pollution. 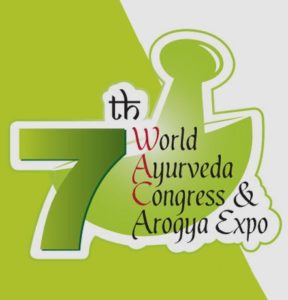 iii. There are three major components of the program this year:
♦ Public Outreach session comprising of the Ayurveda Expo, the Ayurveda Clinics for the general public and Public Lectures.
♦ Influencing Policy and
♦ Promoting Science
iv. The 7th WAC will hold 5 plenary sessions, 25 parallel sessions and a large number of paper presentations, complemented by a series of associated events.
v. A Buyer Seller Meet in which 50 foreign buyers have been invited at the behest of PHARMEXCIL and Ministry of Commerce & Industry, Government of India, is expected to boost the export potential of the Ayurvedic Industry.
vi. To facilitate development and growth of AYUSH system of medicine, the Ministry of AYUSH is also organizing AROGYA Expo from 1st-4th December, 2016 at Science City, Kolkata to coincide with the 7th World Ayurveda Congress.
vii. The Minister of State (IC) for AYUSH, Shri Shripad Yesso Naik  inaugurated the Arogya Expo on December 1, 2016.

Shri Dharmendra Pradhan Launched Campaign to Promote Cashless Transaction
i. Minister of Petroleum & Natural Gas Shri Dharmendra Pradhan on December 3, 2016, launched the Customer Awareness Campaigns at Auto Care Centre, a flagship HPCL Retail Outlet at Niti Marg, New Delhi and also at BPCL Outlet at Moti Bagh, New Delhi to promote digital transactions.
ii. The Customer Awareness Campaign focuses at spreading digital awareness and facilitating the common man to use Cashless payment options during day to day transactions instead of cash.
iii. Sh Pradhan said that in the first phase, all Retail outlets numbering more than 53 thousand in the country will be covered in the campaign which will be further expanded to cover Gas distributors, LPG stations, bottling plants and other establishments.
iv. Task force have been set up to look into the expansion of cashless services, overcome the hurdles in the path, facilitating such services through feature phones also, and exploring ways to undertake such transactions in offline mode.
HPCL
♦ Hindustan Petroleum Corporation Limited(HPCL) is an Indian state-owned oil and natural gas company with about 25% marketing share in India among PSUs and a strong marketing infrastructure.
♦ Headquarter: Mumbai
♦ CEO: Mukesh Kumar Surana
BPCL
Bharat Petroleum Corporation Limited (BPCL) is an Indian state-controlled oil and gas company ranked 358th on the Fortune Global 500 list of the world’s biggest corporations as of 2016
Headquarter: Mumbai, Maharashtra.
Chairman & MD: D Rajkumar

2016 Tripitak Sutrapath Mahotasava begin in Bihar
i. The 10-days Tripitak Sutrapath Mahotasava has begin at Bodhgaya in Bihar on December 2, 2016. It will end on December 11, 2016.
ii. Over three thousand Buddhist from many countries are participating in this festival.
iii. They will pay special puja to Lord Buddha for world peace.
Bihar :
♦ Festival : Chhath, Sarhul and Karam

Emirates launched world’s shortest service on largest plane Airbus A380
i. Emirates  on December 1, 2016, launched the world’s shortest scheduled service on an Airbus A380, flying it from Dubai to Doha within 80 minutes and 70 minutes in return journey.
ii. The A380 flight landed at Hamad International Airport in Doha covering a total of 379 km route, the shortest on which the world’s largest passenger aircraft is used. 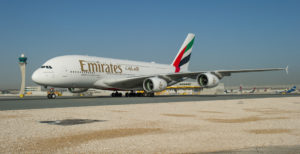 iii. The double-decker aircraft has 14 first class suites, 76 business class flat-bed seats and 429 economy class seats.
iv. The double-decker A380 is the world’s largest commercial aircraft in service. It comes complete with Emirates’ prized amenities like shower spas and first class private suites.
About Emirates
♦ Emirates is the largest operator of the double-decker plane – the world’s largest commercial aircraft in service.
♦ Emirates currently has 87 in service and 55 pending delivery and currently operates the A380 to over 45 destinations around the world.
♦ Headquarters: Dubai, United Arab Emirates
♦ Founder: Maurice Flanagan

RBI extends deadline for deployment of Aadhaar based PoS terminals till June of next year
i. The Reserve Bank of India(RBI) has been decided to extend the time for deployment of Aadhaar-enabled devices till June 30, 2017.
ii. The time was extended by six months because of  the rate of deployment of acceptance infrastructure has slowed down owing to the mismatch between demand and supply of such Aadhaar-enabled devices.
iii. RBI had informed that Aadhaar enabled PoS terminals were to be mandatorily installed by January, 2017
RBI :
♦ The Reserve Bank of India(RBI) is India’s central banking institution, which controls the monetary policy of the Indian rupee.
♦ Headquarters: Mumbai, Maharashtra
♦ Established: 1 April 1935
♦ Governor: Urjit Patel

DCB Bank Launches Cippy Wallet for Online Transaction
i. Private sector lender DCB Bank launched its own mobile and tab based digital wallet Cippy Wallet app on December 2, 2016 in New Delhi to encourage consumers to experience cash free purchases from the mobile phone for day-to-day needs.
ii. The app offers a ‘Split-Bill’ feature which anables any payment made using Cippy Wallet or other modes such as card or cash can be easily split between users to share it with friends and family with a single click on the mobile phone.
iii. The Cippy Wallet user can male cash free payments can be made using the mobile phone camera to scan the mVisa QR code at the retailer or service provider, select the amount to be paid and use their Cippy password to authorize payment.
iv. The digital payment is made to the bank account selected by the shop keeper or service provider while applying for mVisa QR code from their respective bank
v. Cippy Wallet app is user friendly and users can login with their name, mobile number and email ID to fill the Wallet through Debit, Credit Card or internet banking.
vi. Customers use Cippy Wallet to pay mobile or DTH bills, recharge mobiles or even send or receive money. 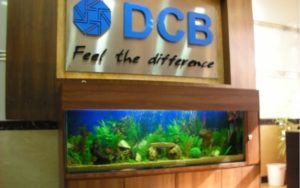 Kolkata Awarded Best Cities Award at C40 Mayors Summit
i. Kolkata and 10 other cities from across the globe, has been honoured with the Best Cities Of 2016 Award in recognition of its inspiring and innovative programme with regard to solid waste management during the C40 Mayors Summit held in Mexico City from November 30 to December 2, 2016.
ii. From India, Kolkata, Mumbai, Chennai and New Delhi are the members of The International Summit of Mayors of millions plus cities.
iii. Kolkata is the only Indian city to receive the prestigious award
Other Winner
♦ Other cities that won the award are Addis Adaba, Copenhagen, Curitiba, Sydney and Malborne, Paris, Portland, Seoul Shenzhen, and Yokohama.

Usain Bolt & Almaz Ayana Named World Athletes of the Year 2016
i. Jamaica’s Usain Bolt and Ethiopia’s Almaz Ayana have been named the male and female World Athletes of the Year at the IAAF Athletics Awards 2016, held at Sporting Monte Carlo on December 2, 2016.
ii. A list of 10 men and 10 women nominees were selected by an international panel of athletics experts, comprising representatives from all six continental areas of the IAAF.
IAAF :
♦ Headquarters: Monaco
♦ President: Sebastian Coe 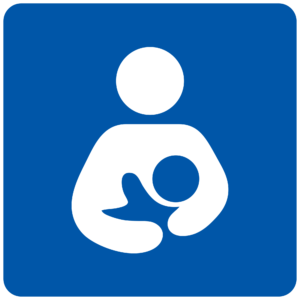 ii. The App has a feature to enable people report the inappropriate promotion of marketed baby food around them, by enabling them to click pictures of advertisements, displays of such products and send them to an NGO which then may take required legal action.
iii. Benefits of Stanpan Suraksha App
♦ It will empower people to keep check on the baby food industry.
♦ Promote breastfeeding among urban women, however, emphasis is made to target rural women also.
iii. The app also has a city-wise database of trained breastfeeding counselor who can educate and provide assistance to mothers during antenatal and postnatal period.

Scientists in Russia Proposes Low Cost Method for Fuel Production
i. Russian Scientists have developed a unique, low-cost method of producing high-quality nuclear fuel by using electricity.
ii. Main type of fuel required by Nuclear Power Reactors is the uranium oxide pellet composition. It is produced from a powder by granulation, pressing, and sintering with proper control over the quality and size of the pellets.
iii. The researchers have proposed an alternative mode of production: electric pulse sintering under pressure which forms the basis of powder metallurgy.
iv. In the new method, the mould is heated by passing electric current with the uranium oxide pellet powder placed in. The uranium oxide fuel is simultaneously influenced by the powerful pulse discharge and mechanical pressure.
Advantages
♦ High Quality Product with low cost of production
♦ Reduced number of production stages and increase in production rate
♦ Production of fuel pellets even from uranium dioxide power which is not suitable for the conventional technology.

F1 Champion Nico Roseberg Announces Retirement
i. Formula One champion Nico Rosberg announced his shocking retirement from racing on December  2, 2016, five days after earning his first world championship.
ii. Roseberg had a dream to become the Formula One world champion and with the fulfillment of that dream, the champion decided to resign from the championship at the peak of his career. 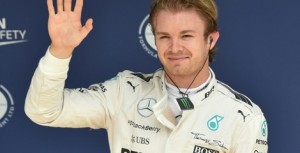 iii. The 31-year-old German clinched his F1 title after a thrilling final race of the 2016 season in Abu Dhabi on November 27, 2016, defeating Mercedes teammate Lewis Hamilton with 12 points.
iv. Nico Rosberg, son of Finnish 1982 world champion Keke Roseberg, is a german F1 Racing Driver made his F1 debut for Williams F1 team at the Bahrain Grand Prix in 2006, finishing seventh.
v. Rosberg won 23 races (tied for 12th all-time) and 30 pole positions (8th) from 206 races since his debut in 2006. 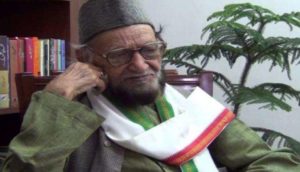 i. Veteran poet and former Congress Rajya Sabha MP Bekal Utsahi passed away at Delhi’s Ram Manohar Lohia Hospital on December 3, 2016 at 88.
ii. He was admitted in the hospital on December 1 following brain haemmorhage.
iii. Utsahi was awarded the Padmashree in 1976 for his contribution to literature.  He was also honoured with Yash Bharti by the UP government. 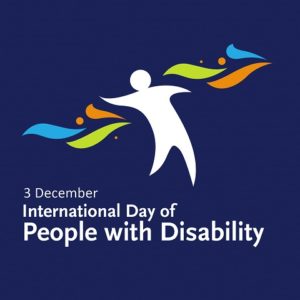