Kolkata and 10 other cities from across the globe, has been honoured with the Best Cities Of 2016 Award in recognition of its inspiring and innovative programme with regard to solid waste management during the C40 Mayors Summit held in Mexico City from November 30 to December 2, 2016.

Other cities that won the award are Addis Adaba, Copenhagen, Curitiba, Sydney and Malborne, Paris, Portland, Seoul Shenzhen, and Yokohama.

C40 is a global network of large cities taking action to address climate change by developing and implementing policies and programs that generate measurable reductions in both greenhouse gas emissions and climate risks. 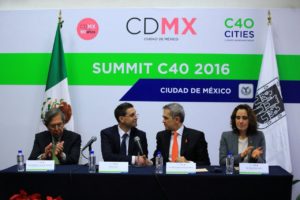