We are here for you to provide the important current affairs August 5 2018 which have unique updates of all daily events from all newspapers such as The Hindu, The Economic Times, PIB, Times of India, India Today, Indian Express, Business Standard, all Government official websites. Our complete current affairs helps you to get more marks in Banking, insurance, UPSC, SSC, CLAT, Railway and all other competitive Exams. 29th GST Council meeting: Sub-committee formed under MoS Finance Shiv Pratap Shukla to address MSME woes
On August 5, 2018, GST council in its 29th meeting decided to create a sub-committee headed by MoS Finance Shiv Pratap Shukla for the Micro, Small and Medium Enterprises (MSME) sector.
Objective:
To address the issues, challenges and concerns of the Micro, Small and Medium Enterprises (MSME)
Key Points:
i. The committee will consist of Manish Sisodia, Sushil Modi, Himanta Biswa Sarma, Thomas Isaac and Manpreet Badal.
ii. The issues related to law would be taken up by the law committee and issues related to rates would be taken up by the fitment committee. The reports would be presented before the sub-committee.
Other announcements:
i. It has also decided to run a pilot to provide cashback for digital transactions.
ii. Capped at Rs 100, RuPay Debit and UPI-based transaction will get cashback of 20% for the GST paid.
iii. For this initiative GST council would a create software and has invited states to implement it. Objective:
For advancing research in the high education institutions
Key Points:
i. It would cover the fields of Energy, Security, Healthcare, Advanced Materials, ICT and Security/Defence.
ii. Of the 122 new IMPRINT projects sanctioned, 81 are sponsored by industry.
iii. These include: 35 (ICT); 18 (Advanced Materials), 17 (Healthcare Technology), 12 (Energy Security); 11 (Security &Defence); 9 (Sustainable Habitat); 7 Water Resource & River Systems; 5 (Environment & Climate); 4 (Manufacturing); and 4 (Nano Technology).
iv. Private institutions have been invited to participate in the IMPRINT programme.
Achievements under this initiative:
i. So far, 142 projects under IMPRINT-1 have been implemented.
ii. These include :

About IMPRINT:
♦ IMPRINT is the first of its kind MHRD supported Pan-IIT + IISc joint initiative to address the major science and engineering challenges that India faces through research.
♦ Full Form of IMPRINT: IMPacting Research INnovation and Technology.

Govt imposed 120% tariffs on 29 US imports effective from September 18
On August 5, 2018, India imposed new higher tariffs of 120% against 29 goods imported from the United States.
i. These will come into effect from September 18,2018.
ii. The products include: almonds, walnuts and apples.
iii. This is in response to rise in the import levies on certain steel and aluminium products earlier this year by US, which had a tariff implication of Rs.241 million on India.
Background:
♦ Trade differences between India and the United States have been rising.
♦ Bilateral trade rose to $115 billion in 2016, which the current administration wants to reduce to $31 billion deficit with India.

Additional 180-day window for resolution of 34 stressed power firms: report by govt committee under Cabinet Secretary
On August 5, 2018, according to a government report, additional 180 days will be provided for resolution of 34 stressed power projects.
i. This would be allowed to commissioned power projects which have been commissioned before February 12 or have not been referred to NCLT.
ii. During this time banks should undertake more intensive monitoring of the said assets to avoid them into turning into NPAs.
iii. Power plants with capacity of about 40,000 MW will be considered differently.
iv. A High Level Empowered Committee (HLEC) has been set up under Cabinet Secretary to resolve and revive 34 stressed power projects.
v. It will have representatives from the ministries of railways, finance, power, coal and the lenders.
Cabinet Secretary : Pradeep Kumar Sinha.

Japan overtakes China to become world’s second-largest stock market: Bloomberg
On August 5, 2018, according to Bloomberg’s data Japan is now the world’s second-largest stock market.
i. It has overthrown China as its total equity is $6.17 trillion and that of China’s is $6.09 trillion.
ii. The United States is the world’s biggest market for stocks, with total worth just over $31 trillion.
iii. Earlier, China overtook Japan in 2014.

India-Israel collaborate to strengthen sectors of agriculture, health & environment
Six Israeli startups working on healthcare, agriculture and water management sectors have been selected under the “Israel-India Bridge to Innovation” program to interact with various Indian businesses.

Six Israeli startups selected to interact with Indian businesses:
i. The 6 startups that have been selected include: Amaizz, Biofeed, Zebra Medical, MobileODT, etc.
ii. The 6 selected startups possess innovative technologies in healthcare, agriculture and water management sectors.
iii. These startups had participated in the innovation week from 23-27 July 2018.
iv. The innovation week was started by Indian Prime Minister Narendra Modi and Israeli Prime Minister Benjamin Netanyahu along with Israel Innovation Authority (IIA) and Invest India in 2017.
v. India-Israel Innovation Bridge was developed to help Israeli companies use their technologies, develop, adapt and commercialize their innovation in India.
vi. India-Israel Innovation Bridge is managed by the Israel Innovation Authority, the Department of Industrial Policy and Promotion (DIPP), Ministry of Commerce & Industry of India and Invest India. Chairperson of the Israel-India Chamber of Commerce is Anat Bernstein-Reich.
v. An agreement had been signed earlier to start an innovation fund under which India and Israel will contribute USD 4 million each on an annual basis for 5 years.
About Ministry of Commerce & Industry:
♦ Minister of Commerce and Industry – Suresh Prabhu
♦ Minister of State for Commerce and Industry – C R Chaudhary 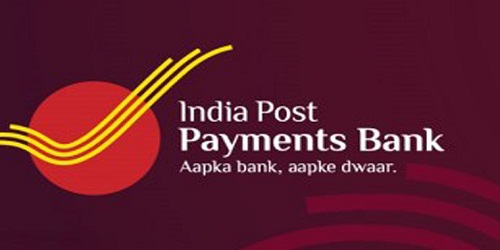 i. 648 branches will be launched across country in every district.
ii. Government will link all the 1.55 lakh post office branches with IPPB services.
iii. This will create the country’s largest banking network.
Functions of IBBI:
i. IPPB would have 3,250 access points co-located at post offices and around 11,000 postmen both in rural and urban area.
ii. It will link around 17 crore postal savings bank (PSB) account with its account.
iii. It will also carry out  RTGS, NEFT, IMPS transactions.
iv. Government would distribute NREGA wages, subsidies, pension etc  through IBBI.
Other Announcements:
i. The government would also launch the IPPB app.
ii. It would enable customers to pay for services of around 100 firms including phone recharges and bill, electricity bill, DTH service, college fees etc that are present on Bharat Bill payments system of National Payments Corporation of India.
Background:
♦ IPPB was the third entity to receive payments bank permit after Airtel and Paytm.
♦ Payments banks can accept deposits up to Rs 1 lakh per account from individuals and small businesses.

Umbrella Organisation’ to revive Urban Co-op Banking: RBI
On August 5, 2018, the Reserve Bank of India (RBI) has allowed non-fund-based Umbrella organisations(UO) at State levels to revive India’s co-operative banking sector.
i. It would conduct non-fund activities in the areas of training, capacity building and IT infrastructure and research.
ii. Gujarat is the first State in the country to have an UO for the UCB sector.
iii. Along with this, it is conducting a two-day conference and exhibition of co-operative banking sector under the name Sahakar Setu 2018, in Ahmedabad, from August 4-5.
iv. The Centre for Banking Research Development & Excellence (CBRDE) was inaugurated in 2014.
Background:
i. In 2016, a steering committee was constituted by NAFCUB, which had submitted its report to the RBI in August 2017.
ii. As per the committee’s recommendations, a National Umbrella of UCBs will be formed as an NBFC and owned by UCBs. 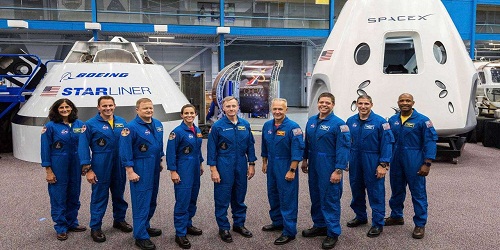 Library scientist Prof Krishna Shripadrao Deshpande passed away at 95
On August 4,2018, eminent library scientist Krishna Shripadrao Deshpande passed away at his residence in Malamaddi of Dharwad, Karnataka.
i. He was 95 and survived by wife, son and daughter.
ii. He became the chief librarian and professor in the department of library science.
iii. He had participated in the freedom movement and was the president of Gandhi Peace Foundation.
iv.The state government had honoured him with the Rajyotsava award.He is also the recipient of the prestigious Kaula-Ranganath award.