We are here for you to provide the important current affairs August 4 2018 which have unique updates of all daily events from all newspapers such as The Hindu, The Economic Times, PIB, Times of India, India Today, Indian Express, Business Standard, all Government official websites. Our complete current affairs helps you to get more marks in Banking, insurance, UPSC, SSC, CLAT, Railway and all other competitive Exams. 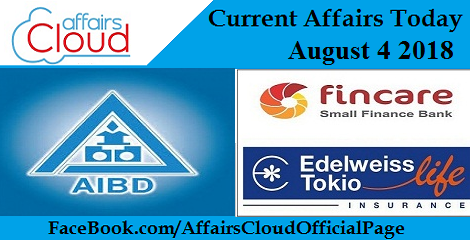 Shaur nahin’ mobile app launched in Shimla, Manali by Himachal Pradesh Government to curb noise pollution
On August 4, 2018, Himachal Pradesh Chief Minister Jai Ram Thakur launched ‘Shaur Nahin’ app as a part of the first phase of ‘horn not ok’ awareness campaign in Manali and Shimla.
Objective:
To stop unnecessary noise pollution
Key Points:
i. It is an initiative of the Department of Environment Science and Technology in association with National Informatics Centre, Himachal Pradesh.
ii. The app will let the general public to report cases of noise pollution.
iii. It will have 2 types of users: general public and officers, both of whom would be authenticated with an one-time password (OTP).
iv. Complaints will be made available to deputy commissioner, superintendent of police, sub-divisional magistrate and sub-divisional police officer.
Himachal Pradesh:
♦ National Parks: Great Himalayan Park , Pin Valley National Park.
♦ Lakes: Khajjar Lake, Suraj Tal, Chandra Tal, Dhankar Lake, Renuka Lake.

‘Swachha Meva Jayate’: cleanliness campaign launched by Karnataka government
On August 2,2018, Karnataka government launched ‘Swachha Meva Jayate’ campaign.
i. It was launched by Dr G Parameshwara, deputy chief minister of Karnataka.
ii. The department of Rural Development also released the logo of the campaign: a little boy and a little girl standing in front of the map of Karnataka.
iii. The campaign coincides with the Swachh Survekshan Grameen 2018 (SSG 2018) survey, being undertaken by the Ministry of Drinking Water and Sanitation, under the Swachh Bharat Mission (Grameen).
About Swachh Survekshan Grameen 2018 :
i. The survey will target 698 districts, 6,980 villages, 34,900 public places randomly across the country.
ii. It will rank all Indian districts and states on the basis of qualitative and quantitative evaluation of sanitation status of the villages and will run from August 1 to 31.

Delhi topped the N-SIPI to be the top ‘most investor-friendly’ destination list: NCAER
On August 4, 2018, according to a report called N-SIPI (State Investment Potential Index) series by economic think-tank NCAER, Delhi has topped the list and has replaced Gujarat. 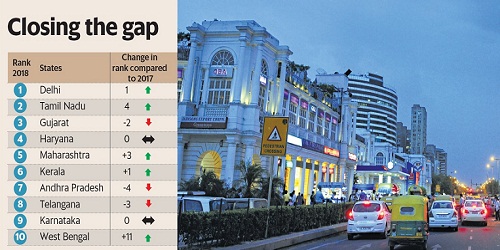 i. Delhi jumped one spot from 2017 .
ii. The ranking was done of 20 states and one Union Territory of Delhi.
iii. It was done based on 6 parameters: land, labour, infrastructure, economic climate, governance and political stability and business perceptions.
About the Index:
i. Assam, Jharkhand and Bihar are ranked among the least favourable states for investment.
ii. The Index was first launched in 2016 and Gujarat had topped it in 2016 and 2017.
The Top 10 of the List are:

ii. The Art Gallery is filled with around 30 Sculptures acting as a habitat for coral and other marine species.
iii. It is Designed by British sculptor Jason deCaires Taylor.The frame of the gallery is made up of pH-neutral marine steel and designed to reflect the blue hues surrounding it. 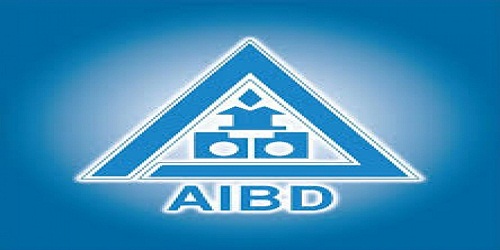 i. India won for the first time against Iran.
ii. Director General of All India Radio F. Sheheryar was re-elected as chair of the executive board.
iii. Sri Lanka was elected as vice-chair.
iv. This took place at the 44th  annual gathering of AIBD in Colombo in August 3,2018.
v. The three-day gathering was inaugurated by Sri Lankan Minister of Finance and mass media Mangala Samarweera.
About Asia-Pacific Institute for Broadcasting Development (ABID):
♦ Established: 1977.
♦ Headquarters: Kuala Lumpur , Malaysia.
♦ Under UNESCO.
♦ Member states: 26 countries.

HDFC Life inks pact with Vijaya Bank to sell insurance products
On August 4, 2018, HDFC Life Insurance and Vijaya Bank signed an MoU where the bank will sell the insurer’s products through its branches. 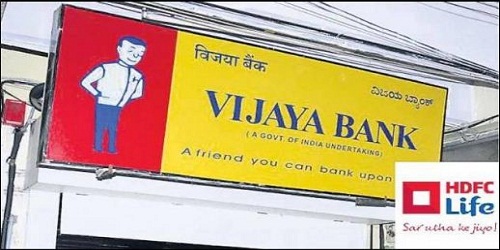 i. This Mou is aimed at serving the semi urban rural regions where the insurance products don’t have a reach.
ii. Apart from deposits and loans, the bank’s customers will also get access to life insurance products.
iii. HDFC Life already has 163 bancassurance partners.
Vijaya Bank:
♦ MD CEO: Sankara Narayanan.
♦ Headquarters: Bengaluru.
♦ Tagline: A Friend You can Bank Upon. i. It aims is to push life insurance to the rural population.
ii. As per the Mou, two products will be offered: Point of Sale (POS) product (‘Saral Navesh’ endowment life insurance plan ) and a protection product.
iii. The PoS product offers a sum assured from Rs 50,000 to Rs 1 million, with premium payments from Rs 5,000 to Rs 100,000 (annually) for a policy term of 10-20 years which may be purchased for either a death benefit or maturity benefit.
iv. This will give Edelweiss Tokio Life Insurance access to a customer base.
Fincare Small Finance Bank:
♦ Incorporated: June 2017.
♦ From: Disha MicroFin

Anvar Sadath: the first Indian to win the International Contributions Award
On August 4, 2018, K.Anvar Sadath is the first Indian to receive the International Contributions Award given by the Association for Educational Communications and Technology (AECT), USA.
i. He is the vice chairman and executive director of the Kerala Infrastructure and Technology for Education (KITE) also known as [email protected] Project.
ii. This award is because of Sadath’s outstanding and continuous contributions to the field of educational communication and technology.
iii. His efforts at the Kerala Hi-tech School project which has almost converted 45,000 class rooms of Classes 8 to 12 to hi-tech ones, besides empowering all teachers was recognized.
iv. He will receive this award on October 26,2018 in Kansas City.
Other Awards:Science Literature Award (2005)given by the Kerala State Council for Science, Technology and Environment (KSCSTE), and he also received Dr. C.P. Menon Memorial Award (2012).
About Association for Educational Communications and Technology (AECT):
Headquarters: Bloomington, US.

Anurag Sachan appointed MD, DFCCIL
i. Anurag Sachan was appointed as Managing Director of Dedicated Freight Corridor Corporation of India Ltd. (DFCCIL).
ii. Sachan, a 1981-batch officer of Indian Railway Service of Engineers (IRSE), is at present Chief Administrative Officer of Udhampur-Srinagar-Baramulla rail link project.He has been appointed to the post for a period up to July 31, 2020.
About DFCCIL
DFCCIL is a special purpose vehicle set up under the administrative control of the Ministry of Railways to undertake planning and development, mobilisation of financial resources and construction, maintenance and operation of the dedicated freight corridors.

ii. The number of judges in the top court after the fresh appointments has gone up to 25. There would still be six vacancies.