We are here for you to provide the important current affairs August 19 2018 which have unique updates of all daily events from all newspapers such as The Hindu, The Economic Times, PIB, Times of India, India Today, Indian Express, Business Standard, all Government official websites. Our complete current affairs helps you to get more marks in Banking, insurance, UPSC, SSC, CLAT, Railway and all other competitive Exams. PFRDA set up panel for advice on cyber safety to protect subscribers
On August 19, 2018, Pension fund regulator, Pension Fund and Regulatory Development Authority (PFRDA), set a standing committee to suggest steps to deal with cyber security challenges.
Objective:
To protect the interest of subscribers.
Key Points:
About the Committee:

About PFRDA:
♦ PFRDA is a statutory body established by an Act of Parliament to promote old age income security.
♦ It develops, promotes and regulates the pension industry under National Pension System and also administers the Atal Pension Yojna. i. According to the survey:

About the survey:
The Nabard survey was conducted in 2016 in 245 districts of 29 states covering 40,327 households. The survey had considered 2015-16 as the reference year and all data are pertained to that year.
NABARD:
♦ Headquarters: Mumbai.
♦ Chairman: Dr. Harsh Kumar Bhanwala.
♦ Founded: 12th July 1982.

India’s CAD is expected to widen to 2.8 pc of GDP in FY19: Nomura
On August 19, 2018, according to a report by Nomura, India’s current account deficit (CAD) is expected to widen to 2.8 per cent of the GDP in FY19 from 1.9 per cent of GDP, in 2017-18 fiscal.
i. Reasons for this are:
rising oil prices, depreciating rupee and outflow of portfolio investments.
ii. Further, balance of payment (BOP) (current account + net FDI) is negative and portfolio flows are also said to remain negative.
iii. Earlier, CAD jumped to USD 48.7 billion, or 1.9 per cent of GDP, in 2017-18 fiscal. This was higher than USD 14.4 billion, or 0.6 per cent, CAD in 2016-17 fiscal.
iv. But due to trade shortfall the gap between exports and imports is rising. It was USD 18 billion, the most in more than five years in July 2018.
v. As India’s exports rose by 14.32 per cent to USD 25.77 billion in July, while imports during the month were valued at USD 43.79 billion.
Other Announcements:
Moody’s have predicted the CAD to be 2.5% of the GDP of FY19.
CAD:
It is the difference between the inflow and outflow of foreign exchange.
Other Facts:
i. The depreciating rupee will help in the exports sector as imports will be costlier but also since the oil prices are also high, this would add on to the current account deficit. The high prices would lead to higher inflation and as more imports seep in the things requiring the imported materials would be expensive.
ii. Also defence imports would be expensive as well.

Madhya Pradesh to have 3 awards after former PM Atal Bihari Vajpayee: Shivraj Chouhan
On August 19, 2018, Madhya Pradesh Chief Minister Shivraj Chouhan announced that the state government will name three awards after former prime minister Atal Bihari Vajpayee.
About the 3 awards:
i. One award will be for poets (as former PM was also a poet).
ii. The second award will be for the outstanding contribution in the field of journalism.
iii. And the third award would be for good work in administration.
Other announcements:
The Central and all the state governments have decided to observe a seven-day mourning to honour the veteran politician.
About Atal Bihari Vajpayee:
He was India’s 10th prime minister and led the National Democratic Alliance government from 1998 to 2004.
Madhya Pradesh:
♦ Capital: Bhopal.
♦ Governor: Anandiben Patel.
♦ National Parks: Madhav National Park, Kanha National Park, Bandhavgarh National Park, panna National Park.

Former RBI Dy. Gov. SS Mundra appointed Independent Director of Indiabulls Housing Finance
On August 19, 2018, board of Indiabulls Housing Finance has appointed Subhash Sheoratan Mundra as the Independent Director for a period of three years, effective August 18.
i. He is presently on the Board of the Bombay Stock Exchange and DSP Blackrock Investment Managers and is also on the Governing Council of several financial research and academic institutes.
ii. He is a former Deputy Governor of the Reserve Bank of India (RBI) till July 2017.
iii .He has earlier served as the Chairman of Bank of Baroda , Executive Director at Union Bank of India.
iv. He was the Vice-Chairman on the OECD’s International Network on Financial Education.
v. He also headed several committees set up by the central bank and was the nominated member on the G20 Forum’s Financial Stability Board.
vi. Apart from this, he was on the Board of the Clearing Corporation of India , Central Depository Services (India), IndiaFirst Life Insurance Company and National Payments Corporation of India, amongst others.
Indiabulls Housing Finance:
♦ Headquarters: New Delhi.
♦ Founded : 2005.
♦ It is India’s second largest housing finance company and is regulated by the National Housing Bank. 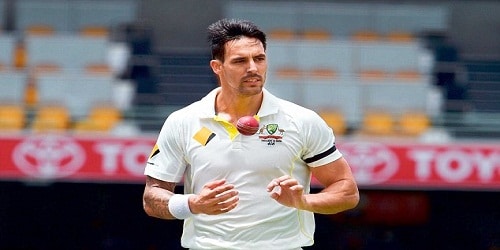 i.He retired from international cricket during the Test series against  New Zealand in Perth in November 2015.
ii.He retired from Big Bash League team the Perth Scorchers last month.And now he retired from all forms of cricket
Other Facts about Johnson:
i.Johnson made his first Class Debut with the State in 2001 before getting his start in the Test team in 2007.
ii.His best Haul was 8-61 against South Africa,at the WACA(Western Australian Cricket Association)in 2008.
iii.He also claimed 239 Wickets in 153 one day international and 38 wickets in 30 T20 internationals for Australia.
iv.In IPL(Indian Premier League) he played in 3 Teams,Mumbai Indians(2013,2017),Kings XI Punjab(2014,2016),Kolkata Knight Riders(2018).

Walmart completes acquisition of 77% stake in Flipkart for $16 bn
On August 19, 2018, Walmart and Flipkart announced the completion of the $16-billion deal.
i. Walmart now holds 77 per cent stake in the Indian firm.
ii. According to the deal:

World’s most wear-resistant metal alloy created by US Scientists; 100 times more durable than steel
On August 19, 2018, a platinum-gold alloy has been engineered by US scientists from Sandia National Laboratories, that may be the most wear-resistant metal in the world.
i. It is the first alloy in the same class as diamond and sapphire, and has been 100 times more durability than high-strength steel.
ii. With platinum-gold coating, the electronics of all sizes and across many industries can be made more cost-effective, long-lasting and dependable.
iii. It has also been claimed that a set of tires made from the alloy would have to skid around Earth’s equator 500 times before wearing out.
SAIL:
♦ Headquarters: New Delhi.
♦ CEO: Prakash Kumar Singh.
♦ Founded: 1954.

99 million-year-old beetle trapped in amber discovered in Myanmar.
On August 19, 2018, Scientists discovered a two-millimeter-long beetle trapped in amber that dates back to 99 million year.
To explore the beetle’s family tree, researchers also conducted an extensive phylogenetic analysis.
i. The study published in the journal Current Biology.
ii. It reveals that an ancient boganiid beetle preserved in Burmese amber has been found along with grains of cycad pollen.
iii. It was named Cretoparacucujus cycadophilus : Greek word Kykas (meaning cycad ) and philia (meaning friendly love or affection).
iv. The beetle also shows special adaptations, including mandibular patches, for the transport of cycad pollen.
v. This gives a definitive fossil evidence of the relationship between cycads and insects.
vi. It would further help in better understanding the relationship between ancient flowering plants and pollinators.
vii. It indicates a probable ancient origin of beetle pollination of cycads at least in the Early Jurassic.
About Cycad:
Cycads are a group of unusual evergreen gymnosperms, may have been the first insect-pollinated plants. 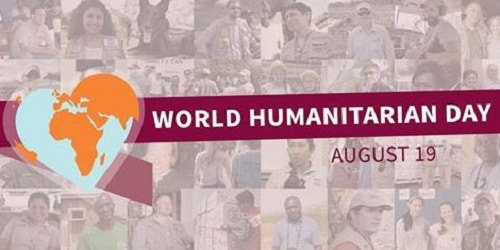 i. It is observed to pay tribute to aid workers who risk their lives for humanitarian services.
ii. The Campaign for the 2018 World Humanitarian Day is : #NotATarget.
iii. The day was designated by the UN General Assembly to commemorate the 19 August 2003 bombing of the United Nations headquarters in Baghdad, Iraq.

World Photography Day
August 19 is celebrated as World photography day.
i. It is celebrated in order to inspire photographers to share their work and to celebrate the art of photography.The inventor of the first practical process of photography is Louis Daguerre.
ii. The birth of this day dates back to 1839 in France, but it came in to force in 2009.