We are here for you to provide the important current affairs August 18 2018 which have unique updates of all daily events from all newspapers such as The Hindu, The Economic Times, PIB, Times of India, India Today, Indian Express, Business Standard, all Government official websites. Our complete current affairs helps you to get more marks in Banking, insurance, UPSC, SSC, CLAT, Railway and all other competitive Exams. 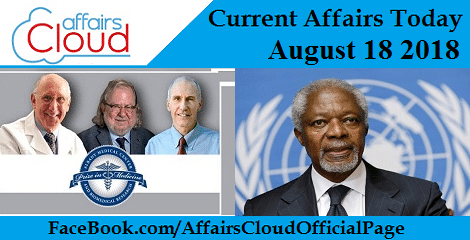 UIDAI announces phased rollout of live face 2 step authentication with TSPs from September 15
On August 18, 2018, UIDAI announced a phased rollout of live face recognition feature with telecom service providers from September 15.
i. This would be used as an additional mode of authentication by the telecom service providers.
ii. The ‘live face photo’ capture would be done to obtain eKYC for issuance of mobile SIMs.
iii. The TSP shall store both the photos in its database for audit purpose.
iv. At least 10 per cent of their total monthly authentication transactions shall be performed using face authentication.
v. shortfall would be charged at Rs 0.20 per transaction.
The Two-factor authentication for use of face recognition  goes as follows:

Background:
The Authority had earlier planned to roll out face recognition feature from July 1, a target that was later pushed to August 1.
UIDAI:
♦ Launch year: 2009.
♦ Under Ministry of Electronics and Information Technology. Coloured stickers to indicate nature of fuel:
i. Hologram-based light blue colour sticker will be used in vehicles using petrol and CNG fuel.
ii. Hologram-based orange sticker will be used in vehicles using diesel. Also, the date of registration of the vehicle will be printed on these stickers.
iii. Suggestions of MoRTH was accepted by a bench of Justices Madan B Lokur, S Abdul Nazeer and Deepak Gupta.
iv. The colour-coded sticker system for vehicles will be implemented in the Delhi-National Capital Region by 30th September 2018.
v. The bench asked additional solicitor general (ASG) ANS Nadkarni, who appeared for the MoRTH, to consider using green-colour number plate or green stickers for electric and hybrid vehicles.
vi. MoRTH had issued a draft notification on 15th May 2018, proposing a number plate with green background for electric vehicles. Hence usage of stickers will not be required for electric vehicles.
vii. The colour coded stickers for vehicles has been introduced with an aim to reduce air pollution in the Delhi-National Capital Region.
About Supreme Court:
♦ Chief Justice of India – Justice Dipak Misra
♦ Location – New Delhi

Investment in P-notes hits 9-year low at Rs 80,341 crore since 2009.
On August 18, 2018, according to SEBI data , investments through participatory notes into Indian capital markets declined to over nine-year low ofRs 80,341 crore till July-end.
i. This is a total value of P-note investments in Indian markets – equity, debt, and derivatives taken together.
ii. This is the lowest level since April 2009 when the cumulative value of such investments stood at Rs 72,314 crore.
iii. Reasons could be the stringent policies adopted against the controversial P notes like :

iv. Earlier the figures were :

About P Notes:
P-notes are offshore/overseas derivative instruments (ODIs) issued by registered foreign portfolio investors (FPIs) to overseas investors who wish to be part of the Indian stock market without registering themselves directly. i. The event will be held at the DGA Theatre in New York City on October 18, 2018.
ii. Other recipients of the award are :

Directors Guild of America (DGA):
♦ The DGA Honours recognises individuals and institutions that have made distinguished contributions to American culture in film and television.
♦ First issued: 1938. 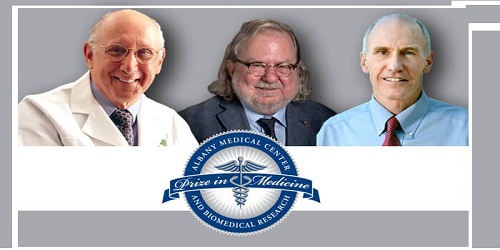 i. They are :
James Allison, Carl June and Steven Rosenberg.
ii. They were awarded in Medicine and Biomedical Research for their research in immunology that have led to innovative treatments for cancer, HIV and other diseases.
iii. They will share this $500,000 medical prize. They will receive the award at the ceremony to be held in September 2018 in Albany, New York.
iv. It is the second-highest value prize in medicine and biomedical research, awarded by the Albany Medical Center.
About the Winners:
i. Dr. Steven A. Rosenberg is an M.D., Ph.D., at Center for Cancer Research, National Cancer Institute
ii. James P. Allison is a Ph.D., of the University of Texas MD Anderson Cancer Center.
iii. Carl June is an M.D., of the Perelman School of Medicine, University of Pennsylvania.
About Albany Medical Center Prize:
♦ Founded – 2001
♦ Founded by – Morris “Marty” Silverman
♦ Chairperson of Albany Prize National Selection Committee – Vincent Verdile

Infosys CFO MD Ranganath quits
On 18th August 2018, Infosys’ Chief Financial Officer (CFO) MD Ranganath resigned from his position.
Resignation of MD Ranganath:
i. MD Ranganath became Chief Financial Officer of Infosys in 2015 following the exit of Rajiv Bansal. MD Ranganath will continue as CFO till 16th November 2018.
ii. He has worked with Infosys for 18 years. He has been a part of the Infosys Leadership team.
iii. He has worked in the areas of consulting, finance, strategy, risk management and M&A. He has been involved in formulating and executing strategic priorities for Infosys.
About Infosys:
♦ CEO & MD – Salil S. Parekh
♦ Headquarters – Bengaluru

Aditya – L1:
i. Aditya – L1 will be inserted in a halo orbit around the Lagrangian point 1 (L1) that is 1.5 million km from the Earth. Solar corona is the outer layers of the Sun.
ii. Lagrangian point is a point where the attraction by the Sun and the Earth becomes equal. This point does not experience gravitational force.
iii. This satellite will observe the Sun’s Photosphere and the Chromosphere and will also conduct additional experiments.
iv. Aditya – L1 will have 6 additional payloads. Aditya in Sanskrit means the ‘sun’.
v. Payloads of Aditya – L1: 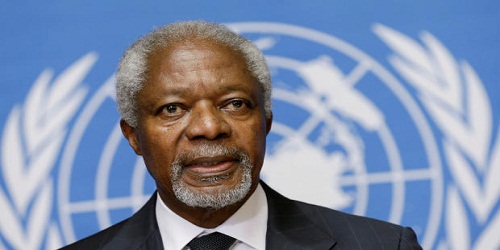 Death of Kofi Annan:
i. Kofi Annan was 80 years old. He was born on 8th April 1938 in Kumasi, Ghana.
ii. He was the seventh UN secretary general and also thefirst black African secretary-general. He served two terms between 1997 and 2006.
iii. He received the Nobel peace prize for his humanitarian work jointly with the UN as an organisation in 2001.
iv. He was the chairperson of The Elders, an independent group of global leaders working for peace and human rights. The Elders was founded by Nelson Mandela.
v. In 1962, Kofi Annan started as an administrative officer with the World Health Organization in Geneva.
vi. He also served in the Economic Commission for Africa in Addis Ababa, the UN Emergency Force in Ismailia, the UN high commissioner for refugees in Geneva and in several other positions of UN.
vii. He was also under-secretary general for peacekeeping and a special representative of the secretary general to the former Yugoslavia between 1995 and 1996. 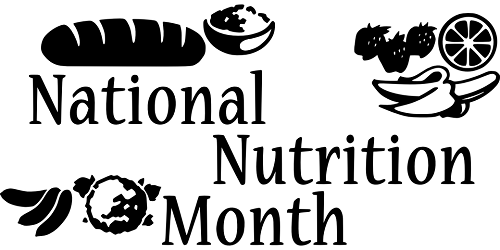 Key Points:
The schemes introduced from the ‘month of nutrition’:
i. The Rajasthan CM launched ‘Annapurna Milk Scheme’.
ii. Students of Class 1 to 8 of government schools will be given milk daily instead of thrice a week.
iii. This would cost the government an additional Rs.203 crore.
iv. Students in the age group of 3-6 years, adolescent girls and pregnant women registered with Anganwadi centres will be provided milk thrice a week.
v. The government will allocate Rs 100 crore for this.
Other announcements:

India pitches for declaring 2019 as International Year of Millets
India has proposed to declare 2019 as “International Year of Millets” to the Food and Agriculture Organisation (FAO) of the United Nations.
i. India’s agriculture minister Radha Mohan Singh has written a letter to Jose Graziano da Silva, director-general, United Nations FAO, in this regard.
ii. This proposal aims to create awareness about millets among consumers, policy makers, industry and R&D sector.