We are here for you to provide the important current affairs April 8 2018 which have unique updates of all daily events from all newspapers such as The Hindu, The Economic Times, PIB, Times of India, India Today, Indian Express, Business Standard, all Government official websites. Our complete current affairs helps you to get more marks in Banking, insurance, UPSC, SSC, CLAT, Railway and all other competitive Exams. 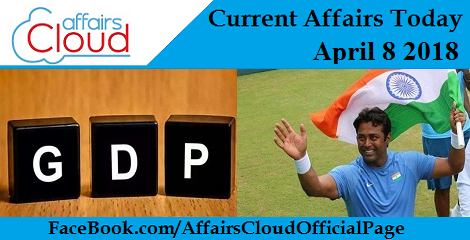 Ganga Hariteema Yojana launched in 27 districts of Uttar Pradesh
On April 7, 2018, Ganga Hariteema Yojana (Ganga Greenery scheme) was launched in 27 districts of Uttar Pradesh, located on the bank of river Ganga.
About ‘Ganga Hariteema Yojana’:
i. The scheme was launched by Uttar Pradesh Chief Minister Yogi Adityanath at Allahabad on the bank of Sangam, the confluence of rivers of Ganga, Yamuna and mythical Saraswati.
ii. It envisages carrying out plantation drives in one-kilometre areas from the banks of river. The objective is to enhance green cover in the catchment areas of the river Ganga and to control the land erosion.
iii. Uttar Pradesh’s Department of Forest has been nominated as nodal department for this scheme, while total seven state government departments will be engaged in implementation.
iv. The scheme will be carried out till September 16, 2018 (Ozone Day).
Quick Facts about Uttar Pradesh:
♦ Capital – Lucknow
♦ Current Governor – Ram Naik
♦ Current Chief Minister – Yogi Adityanath
♦ Important National Park – Dudhwa National Park

Dharmendra Pradhan launches PMUY scheme in Delhi
On April 8, 2018, Union Petroleum and Natural Gas Minister, Dharmendra Pradhan launched Pradhan Mantri Ujjwala Yojana (PMUY) scheme in Delhi.
PMUY Launched in Delhi:
i. During the launch event, Mr. Pradhan distributed about 400 LPG connections to families belonging to below poverty line category.
ii. PMUY was launched in May 2016. The objective of this scheme is to provide deposit-free LPG connections with monetary assistance to women from below poverty line (BPL) households, thereby preventing health hazards emanating from usage of unclean cooking fuel and fossil fuel for domestic cooking purpose.
iii. PMUY is administered by Union Ministry of Petroleum and Natural Gas.
iv. PMUY has so far transformed the lives of more than 3.5 crore women. Target under this scheme has been increased from the existing 5 crore connections to 8 crore connections by 2020. 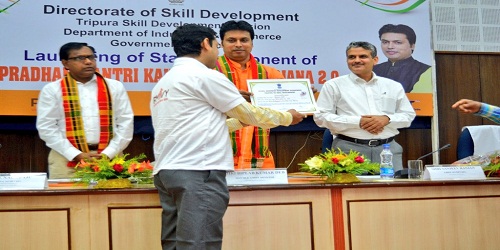 Kerala Govt to launch ‘community radio’ to update farmers
In May-June 2018, Kerala State Government will start a ‘community radio’ to update farmers about the latest developments in the sector.
‘Community Radio’ for farmers:
i. This will be the first such community radio  in India, under Government initiative to get connected with the farming community.
ii. The farm radio will start broadcast from Kuttanad in Alappuzha district of Kerala and will serve farmers in a 20 square kilometre radius in the region. Kuttanand was once popularly known as the ‘rice bowl of Kerala.
iii. This ‘community radio’ will serve as a platform to provide range of information to farmers including climate change and environment issues, tips and information on various aspects of agriculture and agrarian crisis and alerts.
iv. It will be launched under the Farm Information Bureau (FIB) of the Kerala State’s Agriculture Department.
Quick Facts about Kerala:
♦ Capital – Thiruvananthapuram
♦ Current Chief Minister – Pinari Vijayan
♦ Current Governor – P. Sathasivam
♦ Important National Park – Silent Valley National Park Mithila Paintings at Madhubani railway station:
i. Mithila art, also referred to as Madhubani art is practiced in the Mithila region (in Bihar). These paintings constitute geometrical patterns drawn with twigs, fingers, brushes, nib-pens, and matchsticks, using natural dyes and pigments.
ii. More than 225 artists, comprising 80 per cent women, volunteered to paint the station free of cost.
iii. This feat is equivalent to a world record as the total wall area of more than 14000 sq ft has been fully painted with various themes under traditional Mithila painting style.
iv. In addition to paintings, Madhubani station has now transformed as one of the cleanest stations. Walmiki and Malhar: 2 unknown languages discovered
Prof Panchanan Mohanty, former dean of the School of Humanities at University of Hyderabad (UoH) has discovered two new languages: Walmiki and Malhar.
Walmiki and Malhar:
i. These languages were discovered by Prof Mohanty as a part of the research activity of the Centre for Endangered Languages and Mother Tongue Studies, UoH.
ii. These languages were unknown to linguists so far. Walmiki is spoken in Koraput of Odisha and in the bordering districts of Andhra Pradesh.
iii. Prof Mohanty has published a paper in the proceedings of the XX annual conference of the Foundation for Endangered Languages, UK.
iv. Walmiki is an isolate language (it does not belong to a family of languages). The community speaking Walmiki claims descent from Indian saint-poet Valmiki.
v.  Malhar is spoken in an isolated region 165 km away from Bhubaneswar in Odisha. Around 75 people form the community that speaks Malhar language.
vi. As per preliminary data that has been collected, it belongs to the North Dravidian subgroup of the Dravidian family of languages. It is closely associated with other North Dravidian languages like Malto and Kurux.
Some wild life sanctuaries in Andhra Pradesh:
♦ Koundinya Wildlife Sanctuary
♦ Kambalakonda Wildlife Sanctuary
♦ Coringa Wildlife Sanctuary 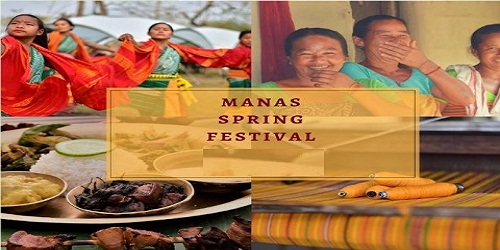 Japan activated its first marine unit since World War Two
On April 8, 2018, Japan activated its Amphibious Rapid Deployment Brigade (ARDB), its first marine unit since World War Two.
More information about Japan’s first marine unit since World War Two:
i. The activation ceremony was held at a military base near Sasebo on the southwest island of Kyushu, wherein about 1500 ARDB members conducted a 20-minute mock public exercise recapturing a remote island from invaders.
ii. The unit is the latest component of Japan’s growing marine force that includes helicopter carriers, amphibious ships, Osprey tilt-rotor troop carriers and amphibious assault vehicles.
iii. In context of this news, it is important to note that in Japan’s Constitution that was formed after World War Two, it renounced the right to wage war.
iv. The marine unit has been activated to counter invaders who attempt to occupy Japanese islands along the edge of the East China Sea. Japan fears that those islands are vulnerable to attack by China.
Quick Facts about Japan:
♦ Capital – Tokyo
♦ Currency – Japanese yen
♦ Current Prime Minister – Shinzo Abe
♦ Important Rivers – Shinano, Tone, Ishikari

More information about “Desert Tiger 5” exercise between UAE and Malaysia:
i. This exercise was conducted within the framework of the UAE leadership’s continued desire to support and create unique partnership with Malaysia.
ii. It was aimed at improving combat readiness, raising combat efficiency and enhance interoperability of the ground forces of both the countries.
iii. The concluding ceremony was attended by General Dato’ Sri Zulkiple bin Hj Kassim – Malaysian Chief of Army and Brigadier Saeed Rashid Al Shehi – Deputy Commander of the UAE land forces.

India, Korea to ink pact for seafarers, boost bilateral ties: Gadkari
On April 8, 2018, Union Minister Nitin Gadkari stated that India and South Korea will sign a pact to provide Indian seafarers employment on over 500 Korean ships.
Details about India-South Korea pact:
i. The pact will prove to be mutually beneficial for both the countries as Korea is a large ship-owning nation and India is a large seafaring nation with over 1.5 lakh seafarers.
ii. It will not only create job opportunities for Indian seafarers, but will also grant recognition of maritime education and training certificates for seafarers issued by the governments of both the countries.
iii. Mr. Gadkari will be on a four-day visit to South Korea from April 9, 2018. During the course of this visit, India and South Korea will also explore partnerships in shipbuilding, waterways and smart transportation.
Quick Facts about South Korea:
♦ Capital – Seoul
♦ Currency – South Korean won
♦ Current President – Moon Jae-in
♦ Important Rivers – Nakdong, Geum, Hantan

RBI switches back to GDP model from GVA model to measure economy
The Reserve Bank of India (RBI) has decided to use Gross Domestic Product (GDP) instead of Gross Value Added (GVA) to measure economic activity in India. 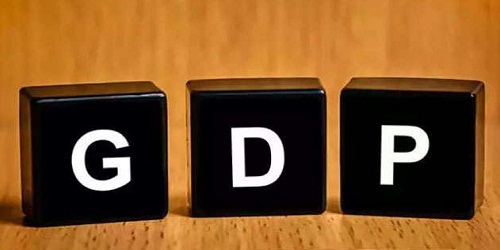 RBI switches back to GDP model from GVA model to measure economy:
i.Viral Acharya, deputy governor of RBI said that, this change has been done to confirm with international practice and for ease of comparison.
ii. Worldwide, the performance of economies is measured in terms of GDP. Multilateral institutions, international analysts and investors also follow this approach.
iii. GVA gives the picture of the state of economic activity from the producers’ side or the supply side. GDP provides the picture from the consumers’ side or the demand side.
iv. The Central Statistical Office has been employing GDP as the main tool to measure economic activity since January 2015.
Tag lines of some banks:
♦ Allahabad Bank – A tradition of trust
♦ Bank of Baroda – India’s International Bank
♦ Bank of India – Relationship beyond Banking Goafest 2018: Pratap Bose’s Social Street bags Creative Agency of the Year
On 5th to 7th April 2018, Goafest 2018 was held at Grand Hyatt Hotel, in Bambolim, Goa.
Goafest 2018:
i. This is the 13th edition of Goafest. Goafest is organised by the Advertising Club along with the Advertising Agencies Association of India.
ii. Social Street won the Creative Agency of the Year award, with three gold, seven silver and seven bronze metals and a score of 94.
iii. Social Street was started by Pratap Bose three years ago. Early Man Film won the Grand Prix in Creative Abby Awards.
Some important museums in Goa:
♦ Goa Chitra Museum – Benaulim
♦ Goa Science Centre – Panaji
♦ Goa State Museum – Panaji 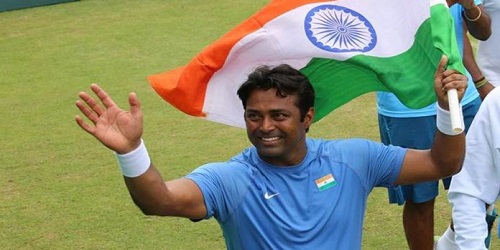 Former BSF DG Rammohan passes away
On 8th April 2018, former BSF (Border Security Force) director general (DG) E N Rammohan died at AIIMS (All India Institute of Medical Sciences) hospital, New Delhi.
Death of E N Rammohan:
i. E N Rammohan was 77 years old. He was admitted at AIIMS hospital after he met with an accident and fractured his ribs. He was also suffering from prostate cancer.
ii. He was an Indian Police Service (IPS) officer of the 1965 batch of Assam-Meghalaya cadre. He was the director general (DG) of Border Security Force (BSF) in the 1997 to 2000 period.
iii. He had also worked in Central Reserve Police Force (CRPF), the National Security Guard (NSG) and the ITBP (Indo-Tibetan Border Police).
About Border Security Force (BSF):
♦ Director General – K.K Sharma
♦ Headquarters – New Delhi