Finance Bill gets presidential assent, takes effect from April 1
i. On 31st March 2017, President Pranab Mukherjee gave his assent to the Finance Bill 2017. Thus, all financial and taxation related provisions as announced in Budget 2017 have now attained a legal status.
ii. Limiting cash transactions to 2 lakh. This cap is at par with requirement to quote PAN number on cash spending. Violation of this rule will result in a penalty of equal amount, to be borne by the recipient.
iii. Biometric identifier Aadhaar has been made mandatory for filing income tax returns, effective from 1st July 2017. 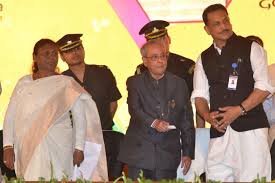 Centre sanctions Rs. 98 crore for tourism sector development in Assam
i. Union Ministry of Tourism has sanctioned Rs 98.35 crores for tourism development in Assam.
ii. The information was announced by Union Minister of State for Tourism and Culture Dr. Mahesh Sarma while meeting Assam chief minister Sarbananda Sonowal.
iii. The amount sanctioned will be used under the scheme of Swadesh Darshan. The cities to be developed are Tezpur, Majuli and Sivasagar.
iv. The first installment of Rs. 19.67 crores against the sanctioned amount was released by the Central government on March 31, 2017.
v. The Tourism Ministry has also decided to transfer the rights of Brahmaputra Ashok Hotel which presently managed by Indian Tourism Development Corporation (ITDC) to Government of Assam.
vi. In addition, The Tourism Ministry has decided to work collectively to enlist Majuli in the coveted list of World Heritage Site.
Assam
♦ Capital: Dispur with 33 districts.
♦ Chief Minister: Sarbananda Sonowal.
♦ Governor: Banwarilal Purohit.

First bio-gas bus with flat Re 1 fare inaugurated in Kolkata
i. Phoenix India Research and Development Group in Kolkata has designed a bus that will run on biogas produced from cow dung.
ii. The company has tied-up with Ashok Leyland to manufacture the 54-seater bus at a cost of Rs 13 lakh approximately.
iii. The first bus will be flagged off on April 7, 2017 and will run between Ultadanga in the 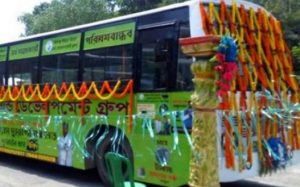 north and Garia in the south in Kolkata.
iv. The ticket will be charged Re 1 for the 17.5 km stretch, which will be the cheapest mode of transport for a passenger in the country.
v. Until today, the lowest fare in a Kolkata bus is Rs 6, which goes up to Rs 12 for 17 km ride.The company has planned to launch 15 more buses on different routes in the city with the same base fare.
vi. The company has got the permission to set up 100 fuel pumps in India. The first pump will come up at Ultadanga.
About Biogas
♦ Biogas is produced from animal and plant waste and principally consists of methane.
♦ It is a non-toxic colorless flammable gas that can be used as fuel for vehicles, cooking and generating electricity.
♦ The biogas produced costs Rs 20 per kg. The bus can run 5 km on 1 kg of Biogas.

Mega-conference of World Parliamentarians hosted by Bangladesh
i. The 136th Mega-Conference of World Parliamentarians has begun in Dhaka on April 1, 2017.The conference was inaugurated by Prime Minister of Bangladesh, Sheikh Hasina. She will also release a commemorative postage stamp and launch Inter-Parliamentary Union (IPU) web television.
ii. The main focus of this conference was to provide ways and means to end political and economic inequality for upholding democracy and human rights. 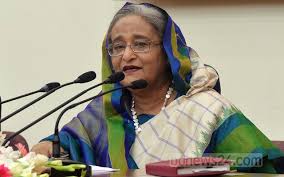 iii. The mega-conference was organized by the Inter-Parliamentary Union (IPU) and Bangladesh Jatiya Sangsad.
iv. About 1,348 delegates from 131 national parliaments were expected to participate in the conference. The participants include 45 Speakers, 37 Deputy Speakers and more than 200 women MPs, are expected to make their proposals.
v. Nobel Peace Prize laureate Kailash Satyarthi was the keynote speaker during the opening session of the debates held on April 2, 2017.
vi. The 137th conference is to be held at St. Petersburg, Russia on 14-18 October 2017.
About Inter-Parliamentary Union (IPU)
♦ Inter-Parliamentary Union (IPU) is a global inter-parliamentary institution established in 1889 by Frederic Passy form France and William Randal Cremer from United Kingdom.
♦ Headquarter: Geneva, Switzerland.
♦ President: Saber Hossain Chowdhury.

Reserve Bank of India (RBI) set up separate Enforcement Department
i. Minister of State in the Ministry of Finance, Mr. Santosh Kumar Gangwar informed Lok Sabha that Reserve Bank of India (RBI) is planning to set up a separate in-house Enforcement Department which will be operational from 3rd April 2017.
ii. This Department will be responsible for framing broad policy related to enforcement and take action against registered entities that violate it. It will function as centralised department to deal with banks exclusively for enforcement action such as issuing warning or imposing penalty. 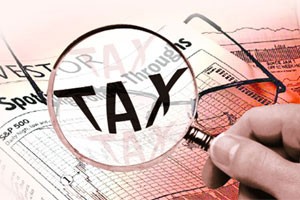 goods and/or services where the amount of tax evaded exceeds Rs 5 crore, it shall be treated as cognizable and non-bailable”.
iv. Cognizable offence – A serious category of offences in respect of which a police officer has the authority to make an arrest without a warrant and to start an investigation with or without the permission of a court.
v. The Deputy (or) Assistant Commissioner of CGST and SGST has the power to provide bail to the person arrested under tax evasions.
Goods and Services Tax
♦ Goods and Services Tax (GST) is a system of indirect taxation in India.It merges most of the existing taxes into single system of taxation.
♦ The GST is administered and governed by GST Council and its Chairman is Union Finance Minister of India Arun Jaitley.
♦ It is expected to be rolled out on July 1, 2017.GST was first proposed by Vishwanath Pratap Singh in 1986.

Dawit Isaak to receive UNESCO/Guillermo Cano World Press Freedom Prize, 2017
i. Dawit Isaak, an imprisoned Eritrean-Swedish journalist has been chosen for the UNESCO/Guillermo Cano World Press Freedom Prize 2017 dedicated to promoting press freedom. The award is to be presented on May 3, 2017.
ii. Dawit Isaak is a Swedish-Eritrean playwright, journalist and writer, born on October 28, 1964 in Asmara, Ethiopian Empire.
iii. In 2016 it was won by Khadija Ismayilova of Azerbaijan. 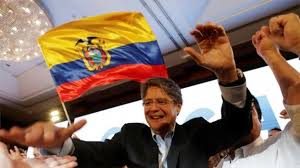 A Massive Extra-solar planet discovered using X-ray observations
i. A group of scientist from India has discovered indications of a massive planet orbiting a low mass X-ray binary star system.
ii. The planet was discovered by scientists from Raman Research Institute, Bangalore 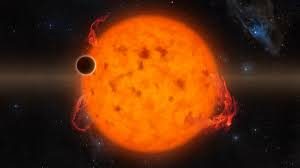 and University of Delhi. The results of the discovery have been published in Monthly Notices of the Royal Astronomical Society.
iii. The X-ray binary star system is named as MXB 1658-298.
iv. These scientists used a technique called X-ray observations which is a new way of detecting extra-solar planet (Exo-planet).
v. It is explained that the system is nearly 30000 light years away and the planet is expected to be nearly 8000 times as massive as the earth.
About X-ray binary star system
♦ X-ray binary star system consists of a pair of stars orbiting each other.Out of this, one star is compact called a neutron star.
♦ The neutron star draws matter from its less-massive companion star.X-rays are generated when the masses are drawn, which is detected by detectors placed in satellites in space.
About extra-solar planet (Exo-planet)
♦ The extra-solar planet (Exo-planet) is a planet that orbits a star other than the Sun.The first ever Exo-planet was discovered in 1988 and confirmed in 1992.
♦ Totally, 3607 exo-planets discovered in 2701 planetary systems and 610 multiple planetary systems are confirmed.
♦ The least massive Exo-planet is Draugr and most massive Exo-planet is DENIS-P J082303.

Miami Open 2017 – An Overview
The 33rd edition of 2017 Miami Open presented by Itaú was a professional men and women’s tennis tournament being played on outdoor hard courts which took place from March 20, 2017 to April 2, 2017. All men and women events took place at the Tennis Center at Crandon Park, Florida in USA. 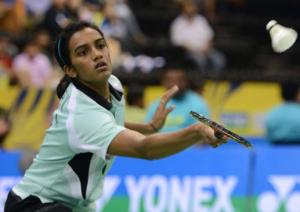 Sindhu’s title race
Sindhu won the title after defeating the following players
1.Round 1 – A Pantawane from India.
2.Round 2 – S Kawakami from Japan.
3.Quarterfinals – Saina Nehwal from India.
4.Semifinals – Sung Ji-hyun from Korea.
5.Finals – Carolina Marin from Spain.
About P V Sindhu
♦ Pusarla Venkata Sindhu was born on 5 July 1995 in Hyderabad.
♦ She won her first International title in Indonesia International, 2011 with total of 9 titles.
♦ She is currently ranked 5th in BWF World Ranking.
♦ Currently coached by Pullela Gopichand.

Ajey Jhankar – The Noted Scriptwriter passed away
i. Ajey Jhankar, the noted author and filmmaker passed away on April 3, 2017. He was born on September 1, 1959 in Pune.
ii. He served as a Director of MM Activ Sci-Tech Communications Pvt. Ltd from January 2000.He was the writer of Marathi novel “Sarkarnama“.
iii. In 1998, Jhankar produced the Marathi movie in the name Sarkarnama relating it to his novel.
iv. He also contributed much for marketing and film industry.Hollywood movie Singularity was based on his novel Drohparv. Jhankar was the co-screenwriter for that film
Awards won by film Sarkarnama
♦ Film-fare Award, 1998, Screen Award, 1998 and Maharashtra State Film Award, 1998. 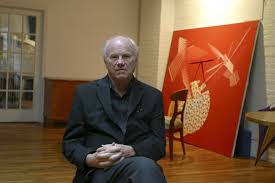 New York, USA . He was 83.
ii. In 1960s, Rosenquist has worked with Andy Warhol and Roy Lichtenstein developed a powerful graphic style.
iii. His best-known work is  “F-111,” which was made in 1964 and 1965 in part as a protest against American militarism.
iv. His life and career history was entitled as an autobiography ‘Painting Below Zero: Notes on a Life in Art’