We are here for you to provide the important current affairs April 12 2018 which have unique updates of all daily events from all newspapers such as The Hindu, The Economic Times, PIB, Times of India, India Today, Indian Express, Business Standard, all Government official websites. Our complete current affairs helps you to get more marks in Banking, insurance, UPSC, SSC, CLAT, Railway and all other competitive Exams. 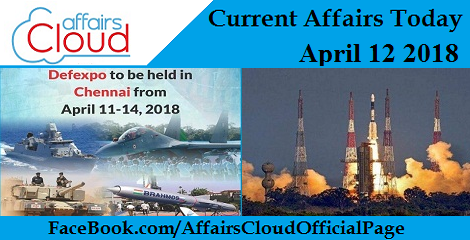 Panel to review Enforcement of CSR provisions:
i. The panel is headed by Manmohan Juneja – Regional Director (Western Region) while Seema Rath – Deputy Director (CSR) will be the convener. Other members include Sanjay Shorey – Joint Director (Legal) and N K Dua – Joint Director (Policy) N K Dua.
ii. Representatives from apex bodies of chartered accountants, cost accountants and company secretaries will also be a part of this panel.
iii. Besides, there will be two sub-committees — legal and technical – which will examine various aspects of compliance with CSR provisions.
iv. It is to be noted that Under the Companies Act, 2013, profitable entities falling under specified categories are required to spend at least two per cent of their three-year annual average net profit towards CSR activities. This norm came into force on April 1, 2014.
v. The panel to review CSR enforcement has been formed in wake of rising instances of non-compliance with CSR requirement.
vi. As per official data, during 2016-17, 6286 companies spent Rs 4719 crore towards various CSR activities. Details related to the launch of IRNSS-1I:
i. PSLV-C41 carrying IRNSS-1I was launched from First Launch Pad (FLP) of SDSC SHAR, Sriharikota in Andhra Pradesh.
ii. IRNSS-1I is part of Indian satellite navigation system ‘Navigation with Indian Constellation’ (NavIC) that was earlier known as Indian Regional Navigation Satellite System (IRNSS).
iii. NavIC is an independent regional navigation satellite system designed to provide position information in the Indian region and 1500 km around the Indian mainland. It is being referred to as Indian ‘GPS’.
iv. Till now, 52 Indian satellites and 237 customer satellites from abroad have been successfully launched aboard PSLV.
V.The first, IRNSS-1H(8th Satellite), could not be put into space because of its failure in August last year.
Quick Facts about ISRO:
♦ Established in – 1969
♦ Headquarters – Bengaluru, Karnataka
♦ Current Chairman – K. Siva

The four-day DefExpo begins
Tenth edition of India’s mega defence exhibition, DefExpo 2018 began at Thiruvidanthai (on the outskirts of Chennai) on April 11, 2018. 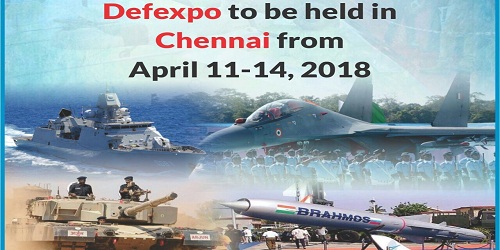 Highlights of DefExpo 2018:
i. DefExpo 2018 was formally inaugurated by Prime Minister Narendra Modi on April 12, 2018.
ii. This exhibition of weapons and military hardware showcases India’s defence manufacturing capabilities to the world.
iii. Live demonstrations, flying display and seminars on weapons and military hardware will be held during the course of this four-day event.
iv. 670 defence firms, including 154 foreign manufacturers and delegations from US, UK, Russia, France, Israel, Korea, Sweden, are participating in DefExpo 2018.
v. Indian Navy’s warships like INS Kamorta and INS Sahyadri will dock at Chennai harbour as a part of Defence Expo 2018. These ships will be open to the general public for visiting on 13th & 15th of April, 2018.
vi. Theme of DefExpo 2018 is “India: The Emerging Defence Manufacturing Hub”.
vii. It has been organised over 2.90 lakh square feet space at Thiruvidanthai and is thus described as the “largest” to be conducted so far.

IIT-Delhi installs India’s first 5G lab
Massive Multiple-Input Multiple-Output (MIMO) technology lab, India’s first-of-its-kind 5G radio laboratory will be inaugurated at Indian Institute of Technology (IIT) Delhi on April 13, 2018.
More information about India’s first 5G lab:
i. The Massive MIMO Technology Lab has been set up at the Bharti School of Telecommunication Technology and Management, at IIT Delhi.
ii. This 5G base station prototype will be used for developing a complete 5G base station, which can lead to the manufacturing of 5G base stations in India in near future.
iii. Most important feature of Massive MIMO is the deployment of several antennas as compared to only a few antennas in 3G/4G. Having several antennas improves system power efficiency, as the mobile terminals would be required to radiate ten times lesser power than in 3G/4G systems.
iv. This consequentially reduces interference to other radio systems and also reduces possible effects of exposure to radiation on human health. 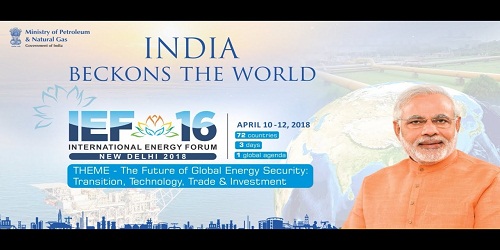 Highlights of 16th International Energy Forum Ministerial (IEF16) Meeting:
i. This meeting was hosted by India and co-hosted by China and South Korea.
ii. IEF16 was the largest gathering of Energy Ministers from across the globe. From the Indian side, the ministerial was attended by Union Petroleum and Natural Gas Minister Dharmendra Pradhan.
iii. Along with Energy Ministers from across the globe, the event also brought together, industry leaders and heads of key international organizations to debate the future of global energy.
iv. Discussions at this meeting revolved around how global shifts, transition policies and new technologies influence market stability and future investment in the energy sector.
Quick Facts about International Energy Forum (IEF):
♦ Established in – 1991
♦ Secretariat – Riyadh, Saudi Arabia
♦ Membership – 72 countries

India-Timor Leste sign MoU in field of public health
India has signed a memorandum of understanding (MoU) with Timor-Leste (East Timor) in the field of public health to extend affordable healthcare to its people.
More Information about India-Timor Leste sign MoU:
i. This MoU was signed during India’s Minister of State for Social Justice and Empowerment, Krishan Pal Gurjar’s four-day visit to Timor Leste from 7th – 10th April 2018.
ii. This MoU between India and Timor-Leste was being discussed for more than five years.
iii. India has even offered to share its expertise with Timor-Leste in matching information technology with healthcare through Tele-medicine.
Quick Facts about Timor Leste:
♦ Capital – Dili
♦ Currency – Unites States Dollar
♦ Current President – Francisco Guterres

India, Morocco sign MoU to promote cooperation in mineral exploration
India and Morocco have signed a MoU (Memorandum of Understanding) in the field of Mining and Geology for a period of 5 years. UAE approves law on equal wages for men, women
With a vision to bring more females into its workforce, United Arab Emirates’ cabinet approved a bill guaranteeing equal pay for men and women. 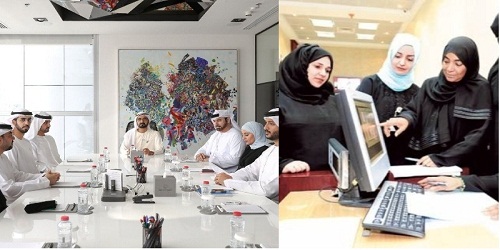 i. This decision is a part of UAE Government efforts to narrow the gender gap.
ii. In context of this news, it is important to note that UAE ranked 120 out of 144 countries overall in the 2017 World Economic Forum’s  Global Gender Gap Report.
iii. Once this bill gets final approval from UAE’s Federal National Council, it will be instrumental in empowerment of Emirati Women, ensure the protection of their rights and support their role in the national development process.
Quick Facts about UAE:
♦ Capital – Abu Dhabi
♦ Currency – UAE dirham
♦ Current President – Khalifa bin Zayed Al Nahyan 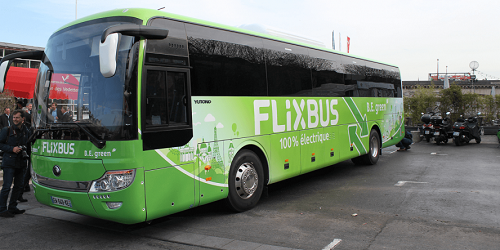 More Information about World’s first long-distance electric bus line:
i. This bus line has been  presented by Flixbus, a brand which offers intercity bus service in Europe.
ii. It will link Paris to France’s northern city of Amiens, undertaking a 160 kilometres journey within two hours.
iii. This 49-seater bus has a maximum travel range of 250 kilometres. Its batteries can be fully charged in 5 hours.

RBI slaps Rs.3 Crore monetary penalty on IDBI bank
Reserve Bank of India (RBI) has imposed a penalty of Rs. 3 crore on IDBI Bank for non-compliance with the outlined norms related to reporting of bad loans. 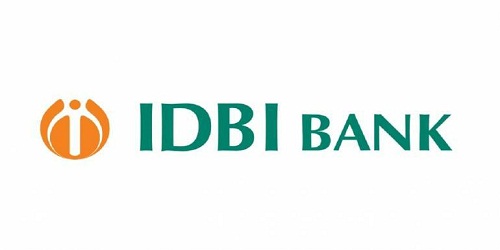 RBI slaps Rs.3 Crore monetary penalty on IDBI bank:
i. RBI said that, the penalty was imposed on account of non-compliance with the directions issued on Income Recognition and Asset Classification (IRAC) norms.
ii. Notification regarding this stated that, this penalty has been imposed in exercise of powers vested in the RBI under the provisions of Section 47A(1)(c) read with Section 46(4)(i) of the Banking Regulation Act, 1949, taking into account failure of the bank to adhere to the aforesaid directions issued by the RBI.
iii. RBI said that, this action is based on deficiencies in regulatory compliance, and not intended to affect validity of any transaction or agreement entered into by the bank with its customers.
About IBDI Bank:
♦ MD & CEO – Mahesh Kumar Jain
♦ Headquarters – Mumbai

AIIB decides to invest $140M to improve Rural Connectivity in India
The Board of Directors of the Asian Infrastructure Investment Bank (AIIB) have approved USD $ 140-Million loan to improve the rural road connectivity and management for residents in Madhya Pradesh, India, at a Meeting held recently in Beijing, China. 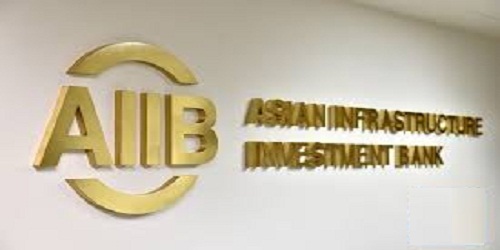 AIIB decides to invest $140M to improve Rural Connectivity in India:
i. Nearly, 1.5 Million rural people of Madhya Pradesh will be benefited from improved livelihoods, education and mobility offered through this project.
ii. This project is co-financed by the World Bank. It aims to improve the rural road connectivity and management for residents of nearly 5,640 villages.
iii.Activities planned under this project are: 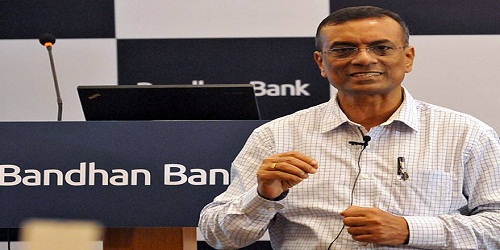 About Banks Board Bureau (BBB):
♦ Set up – 2016
♦ BBB has replaced – Appointments Board for appointment of Whole-time Directors and non-Executive Chairman of PSBs

Jaw fossil belonging to monstrous marine reptile found on US beach
On 9th April 2018, scientists said that, a jawbone fossil found at a beach in southwestern England, belongs to “Ichthyosaur”, one of the biggest marine animals on record.
Ichthyosaur:
i. Ichthyosaur appears to be the largest marine reptile discovered so far. It had lived 205 million years ago at the end of the Triassic Period.
ii. The bone named surangular was part of its lower jaw. Scientists have estimated the length of new ichthyosaur to be around 66 to 85 feet (20 to 26 meters).
iii. Fossil collector Paul de la Salle found the bone in 2016 at Lilstock on England’s Somerset coast along the Bristol Channel.
iv. Only today’s filter-feeding baleen whales are considered to be larger than the Ichthyosaur.
v. Ichthyosaur is believed to have belonged to an ichthyosaur group called shastasaurids. The research has been published in the journal PLOS ONE.
Some important museums in India:
♦ Birla Science Museum – Hyderabad
♦ Nizam Museum – Hyderabad
♦ AP State Archaeology Museum or Hyderabad Museum – Hyderabad 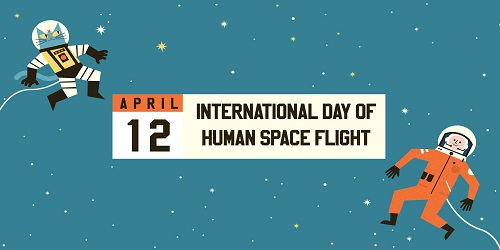