We are here for you to provide the important Current Affairs September 29 2018, which have unique updates of all daily events from all newspapers such as The Hindu, The Economic Times, PIB, Times of India, India Today, Indian Express, Business Standard, all Government official websites. 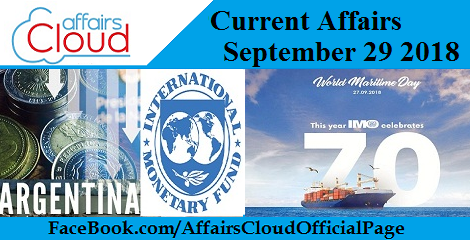 i. This conference was chaired by Shri Prakash Javadekar, Minister for Human Resource Development.
ii. The first of this kind of conference was held in Delhi during Vice-Chancellors’ Conference from 26-28 July, 2018.
Key Points:
i. This conference was jointly organized by UGC, AICTE, ICSSR, IGNCA, IGNOU, JNU and SGT University.
ii. The theme of the Conference is to work on the challenges faced by the Indian education system.
iii. The focus areas of the conference are:

Objective:
To mark the beginning of the 150th birth anniversary celebrations of Mahatma Gandhi and Swachh Bharat Mission.
i. It was organised by the Ministry of Drinking Water and Sanitation.
ii. It aimed to focus on India’s target towards achieving Sustainable Development Goal 6 by 2030, especially targets 6.1, 6.2 and 6.3. Target 6.2 of the Sustainable Development Goals,  to end open defecation.
iii. 5 themes were suggested by the President in the conference. They were:

About Swachh Bharat Mission:
i. Launched in 2014, Swachh Bharat Abhiyan (SBA) (or Swachh Bharat Mission (SBM) or Clean India Mission in English) is a campaign in India that aims to eliminated open defecation through the construction of household-owned and community-owned toilets.
ii. Run by the Government of India, the mission aims to achieve an Open-Defecation Free (ODF) India by 2 October 2019, the 150th anniversary of the birth of Mahatma Gandhi, by constructing 90 million toilets in rural India at a projected cost of Rs.1.96 lakh crore (US$30 billion).
iii.Till now 8.64 crore toilets have been built.
iv. The other name of the campaign is ‘Satyagrah se Swachhagrah’.
v. Slogan is ‘One step towards cleanliness’.
Ministry of Drinking Water and Sanitation:
♦ Union Minister: Uma Bharti.
♦ Minister of State: Ramesh C Jigajinagi.
♦ Secretary (DWS): Shri. Parameswaran Iyer.

Centre enhances contribution in State Disaster Response Fund (SDRF) to 90 per cent
On 27th September 2018, the Ministry of Home Affairs announced that, the Centre has increased its contribution in the State Disaster Response Fund (SDRF) from 75 % to 90 % with effect from April 1, 2018.
i. The Centre will contribute 90 % and states will contribute 10 % to the relief fund.
ii.The additional contribution by the central government in SDRF regarding this will be Rs 1,690.35 crore for 2018-19 and Rs 1,774.67 crore for 2019-20.

Two MoU’s signed between India and Uzbekistan on infrastructure and capacity building in ICT sector
On September 28, 2018, Union Minister for Electronics & Information Technology, Sh. Ravi Shankar Prasad and the Minister for Development of Information Technologies and Communications, Uzbekistan Mr Shuhrat Sadikov signed 2 MOUs in ICT sector.
i. The areas of interest were:
IT-ITeS trade promotion, e-Governance, HRD and Capacity building, Telemedicine etc.
ii. These MOUs include: 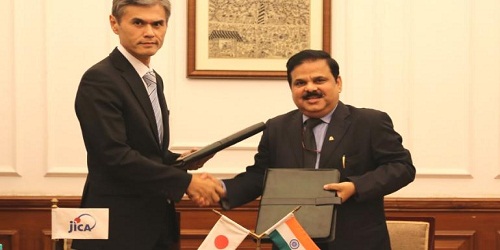 i. The MOU was signed between:

ii. The disbursement of the loan amount among the projects are as follows: 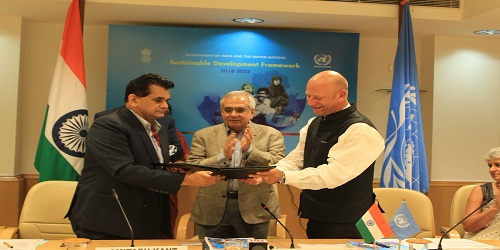 i. It was signed between:
CEO NITI Aayog, Amitabh Kant and United Nations Resident Coordinator in India, Yuri Afanasiev.
ii. The signing was presided over by Vice Chairperson, NITI Aayog, Dr. Rajiv Kumar.
About Government of India-United Nations Sustainable Development Framework (SDF) 2018-2022 :
i. It comprises of seven priority areas that outline the work that UN agencies will undertake jointly or individually, fully aligned with the priorities of the GoI.
ii. NITI Aayog is the national counterpart for the UN in India for the operationalization of the UNSDF.
iii. Other than that Nineteen (19) UN agencies have signed on the UNSDF 2018-2022.
iv. Focus areas of work for development are:

SAFER initiative launched by WHO to reduce harmful use of alcohol
On September 28, 2018, the World Health Organization (WHO) today released SAFER, a new initiative to support governments in taking practical steps to accelerate progress on health, beat noncommunicable diseases (NCDs) .
Objective:
To address the harmful use of alcohol, and achieve development targets.
Key Points:
About SAFER:
SAFER provides five high-impact strategic actions that are prioritized for implementation to promote health and development by:

i. It will be used to reduce the burden of alcohol-related harm in low-, middle- and high-income countries.
ii. Alcohol control essential for development as it is a part of the 17 SDGoals with 169 targets.
iii. Target 3.5 is “Strengthen the prevention and treatment of substance abuse, including narcotic drug abuse and harmful use of alcohol”.
iv. Also, the WHO Global Monitoring Framework for NCDs includes a target to reduce harmful use of alcohol by at least 10% by 2025.
Background:
Alcohol consumption contributes to more than 3 million deaths globally every year and over 5% of the global burden of disease and injury, according to the recently issued WHO Global Status Report (GSR) on Alcohol and Health 2018
WHO:
♦ Headquarters: Geneva, Switzerland.
♦ Members: 194.

$57.1 Billion loan disbursed to Argentina as the Biggest Loan in IMF’s History
On September 29, 2018, the International Monetary Fund staff and Argentina authorities have reached an agreement on a 36-month Stand-By Arrangement (SBA) totaling to US$57.1 billion through 2021 approved on June 20, 2018. 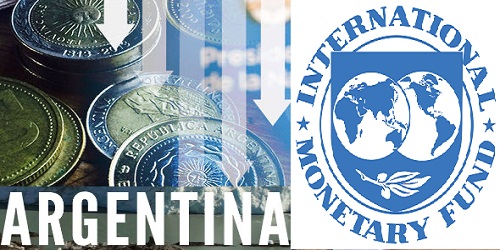 It is the biggest loan disbursed in history of IMF.
i. Argentina originally secured a $50 billion loan back in June 2018, when an initial $15 billion tranche was handed over.
ii. Later, an accelerated disbursement of the remaining $35 billion, with another $3 billion not due until November and the remainder over the next three years has been proposed.
iii. It has increased available resources by US$19 billion through the end of 2019 totaling it to US$ 57.1 billion.
iv. This IMF financing would help in the 2019 budget support for the country.
Argentina:
♦ Capital: Buenos Aires.
♦ Currency: Argentine peso.
IMF:
♦ Headquarters: Washington D.C., USA.
♦ MD: Christine Lagarde.

‘Rail Heritage Digitisation Project’ launched by India in collaboration with Google to promote 165-year old heritage
On September 29, 2018, Minister of Railways and Coal, Shri Piyush Goyal has launched the first of its kind “Rail Heritage Digitisation Project” of Indian Railways in collaboration with Google Arts & Culture to promote 165 year old heritage
Objective:
To showcase country’s Rail Heritage to National and International audience in an online story-telling platform
Key Points:
i. It is considered to be the largest cultural heritage digitization project in the Asia Pacific Region.The project can be accessed through link: “https://artsandculture.google.com/project/indian-railways”.
ii. The project would digitize National Rail Museum, Rewari Steam Centre, three World Heritage Railways, CSMT Mumbai building among others.
iii.22 digital screens across different locations in India will be set up for showcasing this historic project.
iv.Also the project will consist of: Key Points:
i. India defeated Bangladesh by 3 wickets in the final and won the Asia Cup 2018 title. Bangladesh’s Liton Das was named man of the match.
ii. Bangladesh was the first to bat and had set a target of 223 runs for India to win. The Indian team was captained by Rohit Sharma. 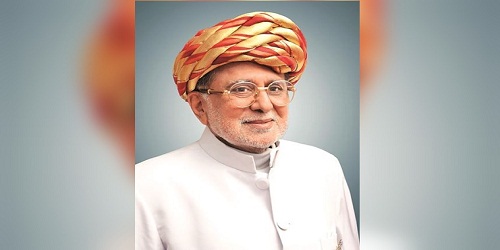 i. He was 83 years old. He was popularly known as ‘Dada’. He was the descendant of the royal family of Rajkot.
ii.Dada entered into politics in 1962 when he contested assembly elections as an independent and then joined the Congress.
iii. He had served as finance minister of Gujarat.He was a five-time MLA. World Maritime Day:
i. When: World Maritime Day is observed on the last week of September. Its date varies year to year.
ii. Why: it highlights the importance of shipping and other maritime activities and highlights a particular aspect of International Maritime Organization (IMO)’s work.
iii. IMO is a United Nations specialized agency responsible for the safety and security of shipping and prevention of marine and atmospheric pollution by ships.
iv. Theme: for World Maritime Day 2018 is – “IMO 70: Our Heritage – Better Shipping for a Better Future”. In 2018, IMO celebrates 70 years since the Convention establishing the Organization was adopted.
About IMO (International Maritime Organization):
♦ Secretary-General – Mr. Kitack Lim
♦ Headquarters – London, United Kingdom