We are here for you to provide the important Current Affairs September 26 2018, which have unique updates of all daily events from all newspapers such as The Hindu, The Economic Times, PIB, Times of India, India Today, Indian Express, Business Standard, all Government official websites. 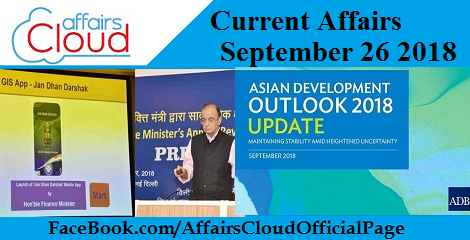 Cabinet approved 2nd package of Rs 5,538 crore package for sugar industry
On September 26, 2018, the Cabinet Committee on Economic Affairs (CCEA) approved the total assistance of Rs 5,538 crore to support the sugar sector .
i. This was taken after the food ministry’s proposal to help double production and assistance to cane growers , transport subsidy to mills and help export up to 5 million tonnes in the marketing year 2018-19.
ii. Out of the total package is of Rs 5,538 crore:

iii. This is the second financial package to bail out the sugar industry after Rs 8,500 crore announced in June.
iv. This would help mills in clearing huge cane arrears of around Rs 13,000 crore from record production of 32 million tonnes (MT) in the 2017-18 marketing year (October-September), resulting in a closing stock of 10 MT at the end of September.
v.The government will provide financial assistance of Rs 13.88 per quintal cane crushed in 2018-19 marketing year to offset the cost of cane, as against Rs 5.50 per quintal announced for the current 2017-18. 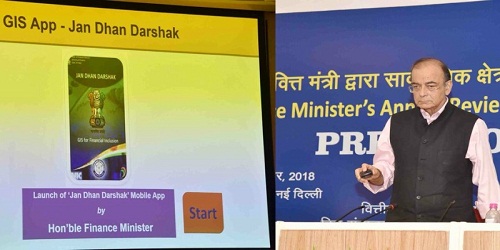 Objective:
For Financial Inclusion.
Key Points:
i. The mobile app has been developed by:

ii. It will act as a locator app guiding common people to find financial service touch point at a given location in the country.
iii. Over 5 lakh FI touch points (Bank branches, ATMs, Post Offices) have been mapped on this App out of which 1.35 lakh Bank Mitras would be included by 01.12.2018.
iv. Few Features are:

Shri Arun Jaitley launched web portal as a transformative initiative in MSME credit space
On September 25, 2018, the Union Minister of Finance and Corporate Affairs, Shri Arun Jaitley launched a web portal for a transformative initiative in MSME credit space.
About the web portal:
i. The web portal is: www.psbloansin59minutes.com .
ii. This is a first one of a kind MSME credit space which will ensure seamless loan approval up to Rs. 1 crore within 59 minutes from SIDBI and 5 Public Sector Banks(SBI, Bank of Baroda, PNB, Vijaya and Indian Bank).
iii. The approved loan will be disbursed in 7-8 working days reducing the turnaround time from 20-25 days to 59 minutes.
iv. It processes details of borrower from various sources such as IT returns, GST data, bank statements, MCA21 etc. in less than an hour.
v. Few Key features are:

vi. MSME borrowers can get loan up to Rs.2 crore without any collateral, which is major relief for MSME borrower.

iv. It would be used as a development indicator and help in to measure financial services for use of internal policy making.
v. It will also facilitate researchers to study the impact of financial inclusion and other macro-economic variables. Supreme Court declares Centre’s Aadhaar scheme as constitutionally valid
On 26th September 2018, Supreme Court declared Centre’s Aadhaar scheme as constitutionally valid.
Key Points:
i. The five-judge constitution bench was headed by Chief Justice Dipak Misra. The bench stated that Aadhaar would remain mandatory for filing IT returns and allotment of Permanent Account Number (PAN).
ii. But, it will not be mandatory to link Aadhaar to bank accounts. Telecom service providers cannot look for linking it with mobile connections.
iii. Section 57 of Aadhaar Act that permits private entities to avail Aadhaar data has been struck down.
iv. Also, Aadhaar authentication data cannot be stored for more than 6 months.
v. Aadhaar will not be mandatory for school admissions, examinations conducted by the Central Board of Secondary Examination, National Eligibility cum Entrance Test for medical entrance and the University Grants Commission.
vi. The national security exception under the Aadhaar (Targeted Delivery of Financial and other Subsidies, Benefits and Services) Act was also struck down.

3 -member panel to look into jail reforms: Supreme Court
On September 25, 2018, the Supreme Court constituted a three-member committee headed by its former judge Justice Amitava Roy for suggestive jail reforms across the country.
i. This decision was taken by a bench headed by Justice M B Lokur.
ii. The scope of the discussion would involve:

iii. The committee will give reports to the apex court from time to time.
Background:
The bench was hearing a matter relating to inhuman conditions in 1,382 prisons across India.
Supreme Court:
Chief Justice of India: Justice Dipak Misra.
Currenctly the bench of judges in Supreme court consist of 25 judges. 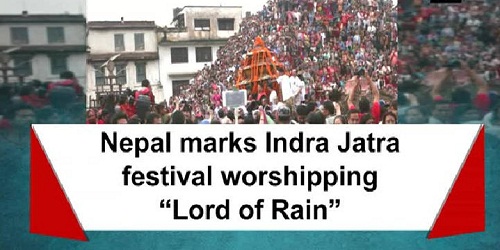 i. It is an eight day long annual festival is observed to worship Indra, the lord of rain and good harvest.
ii. It also marks end of monsoon and beginning of harvest season and festivity.

India’s economy forecast remains unchanged at 7.3% for 2018: ADB
On September 26, 2018, according to the Asia Development Bank’s (ADB) annual economic publication, the Asian Development Outlook (ADO) 2018, India’s economy is in an upward trajectory. i. The GDP forecast remains unchanged at 7.3 per cent for 2018, and 7.6 per cent for 2019.
ii. The challenges faced by India are:
Rupee depreciation, volatile external financial markets, accelerating inflation and impact of rising oil prices.

Procurement of 1000 engines for T-72 tanks for Army approved by Defence Acquisition Council
On September 26, 2018, the Defence Acquisition Council (DAC) approved procurement of 1,000 engines for fitment in T-72 tanks of the Army.
i. This procurement project is worth Rs.2,300 crore.
ii. The engines are of 1,000 BHP (brake horse power) and have been built under ‘Buy and Make’ category by Ordanance Factories Board (OFB).
Other News:
i. The DAc also approved amendments to Defence Procurement Procedure 2016.
ii. According to the amendnments, 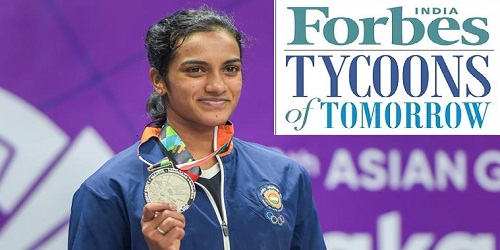 i. ‘Tycoons of tomorrow’ is not a ranking. It is a qualitative selection prepared by Forbes India team and a six-member jury.
ii. Some of the other important persons in the list are: Karan Adani, chief executive of Adani Ports & Special Economic Zone; Anant Goenka, group executive director of Indian Express; Ashni Biyani, managing director of Future Consumer, etc. 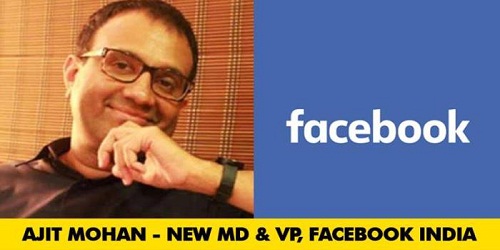 Ajit Mohan – Vice-President and Managing Director of Facebook’s India operations:
i. This is a newly created role. In this role, Ajit Mohan will be responsible for aligning teams and driving Facebook’s overall strategy in India.
ii. He will join Facebook India in early 2019. He will also be responsible for driving Facebook’s continued investment in India.He Succeeds Umang Bedi,who exits last year.
About Facebook:
♦ CEO – Mark Zuckerberg
♦ Headquarters – California, U.S. i. Vorombe titan (meaning ‘big bird’ in Malagasy and Greek) is believed to have weighed up to 800 kg and was three metres tall.
ii. Elephant birds (belonging to the family Aepyornithidae) are an extinct group of colossal flightless birds that roamed Madagascar.
iii. This study has been published in Royal Society Open Science.