On September 26, 2018, the Union Cabinet, chaired by the Prime Minister Shri Narendra Modi approved the following: 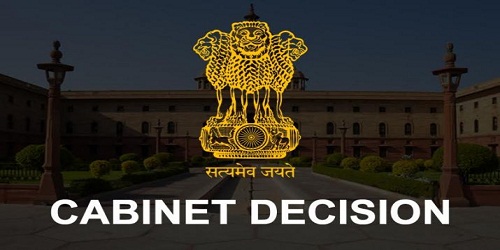 ii.The time period of the projects is five years (2018-19 to 2022-23).
iii. This funding shall be made through NABARD under existing system for funding of 99 PMKSY-AIBP projects under LTIF.
iv. Additionally, an Expert Project Review Committee may be constituted to oversee the overall implementation of these projects.
v. The total approved cost the projects at 2015 were initially:

vi. These projects would help in:

ii. It would promote:

iii. He aslo approved re-designation of the Telecom Commission as the “Digital Communications Commission”.