We are here for you to provide the important Current Affairs September 22 2018, which have unique updates of all daily events from all newspapers such as The Hindu, The Economic Times, PIB, Times of India, India Today, Indian Express, Business Standard, all Government official websites. Shivraj Chouhan lays foundation stone of Rs 84.66cr-worth projects
On Sept. 22 During  Jan Ashirwad Yatra Madhya Pradesh Chief Minister Shivraj Singh Chouhan laid the foundation stone of developmental projects worth Rs 84.66 crores in Chhindwara’s Parasia town.
i. Union Minister of Railways and Coal, Piyush Goyal  also attended the yatra  assured that four mines in Chhindwara and two in Betul will be opened soon.Also he assured these six mines will make employment for thousands of youths.
ii. Goyal  announced that Coal India Limited (CIL) will build a stadium for the youths in Chhindwara to showcase their skills to honor the players who achieved the Indian contingent at the 18th Asian Games in Indonesia.

Naropa festival concludes with Guinness World Record in Ladakhi dance
On Sept. 22 ,To mark the end of “Naropa Festival” total of 299 women dressed up in traditional Ladakhi wedding attire danced together making it to the Guinness World Records and declared the dance performance as the “Largest Ladakhi Dance”. Celebrated every 12th year of the Tibetan calendar, the Naropa festival, also known as the ‘Kumbh Mela of the Himalayas’ i. The women wore Peraks , turquoise headgears and performed the Shondol to Ladakhi music at the Hemis Monastery in the Himalayas. Shondol is a traditional dance performed for the king on special occasions.
ii. During the end of five-day festival Tsering Ladol being honored with the Himalayan Hero award. Ladol was the first Ladakhi girl to scale Mount Everest in 2005.

iii. The festival, which started on September 16, celebrated the life and teachings of Buddhist scholar-saint Naropa with traditional dance and musical performances. Tibetan Buddhist painting on a cloth depicting a deity or a mandala  which the monastery touted as “the largest silk embroidered brocade of Buddha” in India.

Jharkhand govt inks MoU with NICL for Ayushman BharatScheme
On Sept.21, Jharkhand government has signed a Memorandum of Understanding (MoU) with National Insurance Company Ltd to provide medical facilities to the people of the state under the Centre’s flagship health scheme”Ayushman Bharat Yojana”. 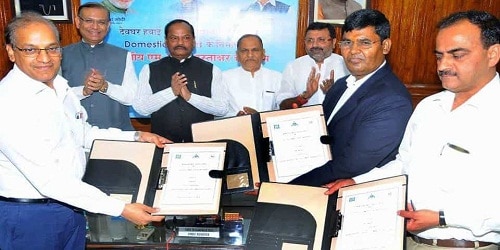 Meghalaya cabinet approves final draft of the state Education Policy, 2018
On 21st September 2018, Meghalaya cabinet approved the final draft of the state Education Policy, 2018,after 46 years of statehood,that aims to address issues related to the education sector.
Key Points:
i. This policy has the learner as the focal point. It covers broad areas like vision, overall goal, goals for the development of early childhood care and education (ECCE), elementary, secondary, higher secondary and teacher education.
ii. The policy also addresses the problem of having different categories of schools and teachers in Meghalaya.
iii. In March 2017, a 24-member Task Force was constituted to finalise the Meghalaya State Education Policy.
iv. After incorporating suggestions, the task force submitted the draft to the education department on 30 July 2018.
Some National Parks in Meghalaya:
♦ Balphakram National Park
♦ Nokrek National Park 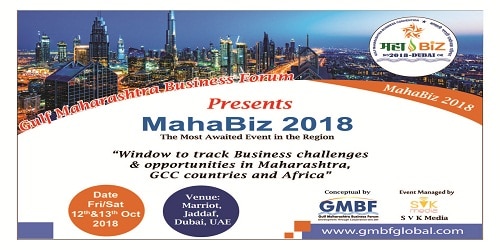 India, Nepal agree to use satellite images in boundary survey work
India and Nepal have agreed to explore the possibility of using high-resolution satellite images in boundary survey work.
Key Points:
i.This decision was taken during the 5th meeting of Nepal-India Boundary Working Group (BWG) held in Kathmandu from 19th to 21st September 2018.
ii. India and Nepal also agreed to continue mapping of No man’s land encroachment and cross-border occupation.
iii. Outcome of the 4th meeting of BWG held in Dehradun in 2017 was reviewed and it was observed if the issued guidelines are followed.
iv. Work schedule for the remaining field seasons was finalized. Discussion was held on various matters related to the ongoing Nepal-India boundary work.
About Nepal-India Boundary Working Group (BWG):
♦ Constituted – 2014
♦ Type – joint body constituted by the Governments of India and Nepal
♦ Purpose – carry out works in the fields of construction, restoration and repair of boundary pillars including clearance of ‘No-man’s land’ and other technical tasks

IRDAI hikes insurance cover for owner-driver to 15 lakh
The Insurance Regulatory and Development Authority (IRDAI) has raised the minimum insurance cover for owner-driver to Rs 15 lakh from Rs 1 lakh and Rs 2 lakh for a premium of Rs 750 per annum for motorised two-wheelers and private cars/commercial vehicles under capital sum insured (CSI).
i. All motor policies will now include personal accident protection that will cover the owner-driver for Rs 15 lakh in case of accidental death while driving.
ii. The regulator directed all general insurers to provide a minimum CSl of Rs 15 lakh under Compulsory Personal Accident (CPA) cover for owner-driver under ‘Liability Only’ to all classes of vehicles at the premium rate of Rs 750 per annum for annual policy.
iii. This will be part of the mandatory insurance cover for the vehicle owners.
Insurance Regulatory and Development Authority (IRDAI)
♦ Headquarters: Hyderabad
♦ Agency executive: Subhash Chandra Khuntia (Chairman 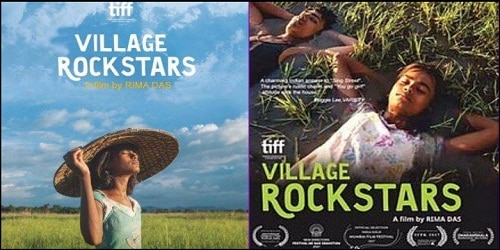 Key Points:
i. This announcement was made by SV Rajendra Singh Babu, Chairman, Selection Committee for Oscar Award, FFI. The 91st Academy Awards will be held on 24th February 2019.
ii. “Village Rockstars” features Bhanita Das in the lead role. It was directed by Rima Da.
iii. It had won the Best Feature Film trophy at the 65th National Film Awards. It had also received Best Child Artist, Best Location Sound Recordist and Best Editing awards.

ISRO setting up third launch pad at Sriharikota for Gaganyaan mission
On Sept 21.The Indian Space Research Organisation (ISRO) is setting up a third launch pad at Sriharikota,Andhra Pradesh to undertake the Gaganyaan manned space flight programme.
i. The two launch pads were already full. The third launch pad is set up for human space flight.ISRO is inspecting for a location on the western sea coast near Gujarat to set up another launch pad for Small Satellite Launch Vehicles (SSLV).
ii. Aim of Mission : To send a three person crew to space for a period of seven days.The spacecraft will be placed in a low earth orbit of 300-400 Km.
Gaganyaan manned space flight programme or Gaganyaan Mission:-
Indian Human Spaceflight Programme  was created by the Indian Space Research Organisation (ISRO) to develop the technology needed to launch crewed orbital spacecraft into low Earth orbit.[2] The first crewed flight is planned with a spacecraft called Gaganyaan for December 2021 on a home-grown GSLV-III rocket.

World Rose Day or Cancer Free Day – September 22
On September 22  Rose Day is observed on  all over the world  every year who are battling cancer. The purpose of celebrating Rose Day is to make cancer patients become strong to face the disease with spirit and will power.
i. Healthy diet , Avoid smoking and alcohol , Regular exercise ,less sun exposure to sunlight will prevent the cancer.
Backgroud:-
It is observed in the memory of 12-year-old Melinda Rose from Canada, who was diagnosed with Askin’s Tumour, which is a rare form of blood cancer. One way in which we can cut down on cancers such as lung cancer, is by reducing the passive smoke that we inhale.

Assam to observe ‘Rhino Day’ on September 22
i. Assam government has decided to observe September 22 as “Rhino Day”.During the 10th meeting of the State Board for Wildlife Assam Chief Minister Sarbananda Sonowal expressed the idea to make people aware about the importance of Rhinos. 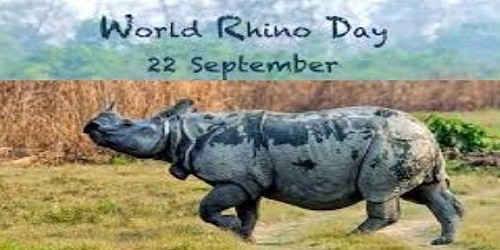