We are here for you to provide the important Current Affairs October 9 2018, which have unique updates of all daily events from all newspapers such as The Hindu, The Economic Times, PIB, Times of India, PTI, Indian Express, Business Standard and all Government official websites. Task Force launched to address skill gaps in India: MoSD&E and World Economic Forum
On October 8, 2018, a task force was constituted by the Union ministry of skill development and entrepreneurship in collaboration with World Economic Forum for addressing the skill gap in the country. i. This task force is called: Closing the Skills Gap Task Force in India and will be co-chaired by the Skill Development and Entrepreneurship Minister Dharmendra Pradhan along with Infosys MD and CEO Salil Parekh.
ii. This is the second country-led public-private collaboration of the World Economic Forum’s Closing the Skills Gap Project after South Africa.
iii. The functions of the task force would be to:

i. In the exercise:
Indian side is represented by : INS Satpura, INS Kadmatt, INS Shakti, one submarine, P8I Long Range Maritime Patrol Aircraft, under the command of Rear Admiral Dinesh K Tripathi, Flag Officer Commanding, Eastern Fleet.
Japanese Side is represented by: Japanese Maritime Self Defence Force (JMSDF) Ships Kaga, an Izumo Class Helicopter Destroyer and Inazuma , under the command of Rear Admiral Tatsuya Fukada, Commander, Escort Flotilla-4 (CCF-4).
ii. JIMEX-18 is aimed to enhance interoperability, improve understanding and imbibe the best practices of each other.
iii. It would consist of:

iv. The last edition of JIMEX was conducted in Dec 2013 off Chennai.
Background:
JMSDF Ships also participated in the recently concluded MALABAR 18 off Guam (along with Indian and US Navy units) in the Pacific Ocean in Jun and biennial multilateral exercise  RIMPAC-18 off Hawaii, USA.
Japan:
♦ Capital: Tokyo.
♦ Currency: Japanese yen.
♦ Prime Minister: Shinzo Abe.

Objective:
To double the income of the farmers in the country by 2022
Key Points:
i. The Chief Minister’s Sashakt Kisan Yojana will subsume three state flagship programmes, namely: 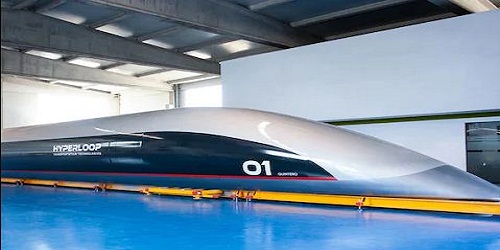 About the Capsule:
i. The name of the capsule is: “Quintero One”.
ii. It is a 32-metre 5 tonne capsule that has 72 sensors, 75,000 rivets and 7,200 square metres of fibre.
iii. It was constructed completely out of a specially made dual-layer smart composite material called  “Vibranium” made by HyperloopTT.
iv. It can move at speeds of more than 750 miles (1,200 kilometers) per hour and has a capacity to hold 30 to 40 passengers at a time.
India’s Association:
i. In May 2018, Andhra Pradesh signed Mou with HyperloopTT o set up the Hyperloop transportation system connecting Anantapur, Amaravati, Vijayawada and Visakhapatnam.
ii. It will be a part of 700-800-km-long integrated public transit system.
iii. The Maharashtra government too had signed a pact with the Richard Branson-led Virgin Group to build the Mumbai-Pune Hyperloop.
Other News:
HyperloopTT would build the first Hyperloop system in China in the Guizhou province.
HyperloopTT:
♦  Co-founder & CEO: Dirk Ahlborn.
♦  Chairman & Founder: Bibop Gresta.
♦  Headquarters: California, USA.

Kamandag: Japan military joins historic Philippine war games for the first time since WWII
On October 6, 2018, Japan joined the joint exercise codenamed- ‘Kamandag’(venom) with US and Filipino troops in the Philippines for the first time since World War II.
i. This marked the first time Japanese armoured military vehicles were used on foreign soil since 1945.
ii. This exercise consists of about 150 US, Filipino and Japanese troops participating in humanitarian assistance and disaster relief training.

RBI proposed Voluntary Retention Route to attract long-term investment from FPIs
On October 8, 2018, RBI in consultation with the government and the Securities and Exchange Board of India (Sebi), proposed a flexible route for FPIs to invest in debt markets.
i. The route is called: voluntary retention route (VRR).
ii. Under this, a foreign portfolio investor will be required to invest a minimum of 67% of the committed portfolio size (CPS) within the one-month period.
iii. Under VRR-Govt, foreign portfolio investors will be eligible to invest in any government security, including treasury bills.
iv. Under VRR-Corp, FPIs may invest in corporate debt instruments, including commercial papers.
v. Also the FPIs under VVR would be eligible for participating in repo for liquidity only if their amount doesn’t exceed 10% of their investment under VRR.

UNCTAD expects India’s GDP to rise 7% in 2018
On September 26, 2018, UNCTAD in its ‘Trade and Development 2017’ report predicted India’s GDP to grow to 7% in 2018.
i.  Previously, in 2017 it was predicted to be 6.2%.
ii. India is currently among the world’s fastest growing economies with GDP growth of 7.7 per cent year on-year in the first quarter of 2018.
iii. Main reason for the growth is growing demand for exports which has led to a moderate recovery in industrial production,
iv. Effects of demonetization are still evident in private consumption.
v. The Indian rupee is under pressure on foreign exchange markets.
vi. A leading factor of the depreciation being the rise in the current account deficit on the balance of payments of India intensified by the sharp rise in the international price of oil.
vii. China is expected to decelerate from 6.9 in 2017 to 6.7 per cent in 2018.
UNCTAD:
♦  Full Form: United Nations Conference on Trade and Development
♦  Headquarters: Geneva, Switzerland.
♦  Secretary- General: Mukhisa Kituyi.

World Bank: East Asia-Pacific to grow 6.3% in 2018
On October 4, 2018, the World Bank released its East Asia and Pacific economy update October 2018 edition.
Highlights:
i. According to the report, developing countries of the East Asia and Pacific region will grow at 6.3 per cent in 2018 mainly due to China’s moderate growth.
ii. In 2017, the growth of the region was at 6.6 percent.
iii. Major challenges faced are:

iv. China’s growth will slow moderately to 6.5 per cent.
v. Remaining East Asia and Pacific region will maintain a stable growth of 5.3 per cent between 2018-2020 mainly due to a domestic demand
vi. Inflation is expected to rise during 2018-20.
vii. A four-pronged approach has been recommended by the authority for preparedness and resilience. They are:

v. On the production side, growth was led by Agriculture and manufacturing sector (8.8% in second half vs 2.7% in first half) and services growth held steady at 7.7 per cent.
vi. The nominal exchange rate depreciated by about 12 per cent from January to September 2018 due to major outflows from April 2018 onwards.
vii. A widening trade deficit is likely to lead to a current account deficit of around 2.6 per cent of the GDP in fiscal year 2018/19.
Other News:
At 4.4 percent of its gross domestic product (GDP), South Asia’s fiscal deficit is projected to be the second largest in the world this year after the Middle East and North Africa region. 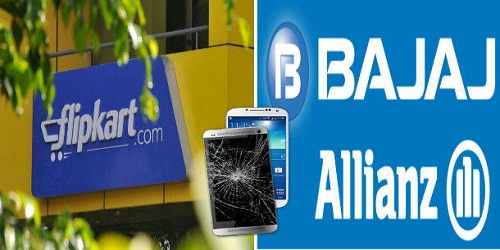 i. Insurance Regulatory and Development Authority (IRDAI) gave Flipkart the license to go on a pact with Bajaj Allianz General Insurance for the scheme.
ii. According to the scheme, Customers who buy the plan will be offered either a cash payout, or a free pickup, service and drop facility if their devices get damaged or stolen.
iii. The minimum insurance price for the scheme is Rs. 99 for a year which will be operational the day the device is delivered to a customer.
iv. The insurance offering will be available from October 10, 2018.
v. Furthermore, Flipkart is setting the stage to sell life and general insurance to its customers.
Flipkart:
♦  Headquarters: Bengaluru

Nepal bags tourism awards at 14th Annual Travel Awards ceremony held in New Delhi
On October 8, 2018, at the 14th Hospitality India and Explore the World Annual International Travel Awards 2018 held in New Delhi, Nepal won the tourism award.
i. The award ceremony was organised to honour the best-in-class in the field of Tourism and Hospitality Industry Sector in India and Nepal.
ii.  The Chandragiri Hills Limited of Nepal got the best tourism destination of Nepal award in the hospitality and tourism sector.
iii.   The Minister of State for Tourism, India, Mr. K.J. Alphons was guest of honour in the occasion.
Nepal:
♦  Capital: Kathmandu.
♦  Currency: Nepalese rupee. 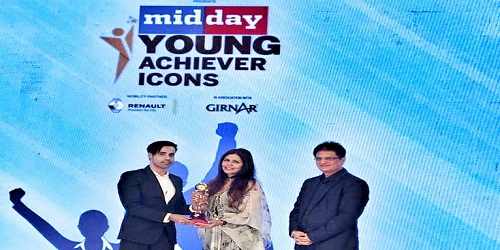 Key Points:
i. Ruhaan Rajput was awarded in the film and television category for his work in the industry in a short period of time.
ii .He was presented the award by Ms. Amruta Fadnavis, wife of Maharashtra Chief Minister Devendra Fadnavis.
iii. Ruhaan Rajput is the director of “Einfolge”, a company that deals with patents, trademarks, etc. He is also the owner of “Gloss Skin and Hair Clinic”.
iv. The Mid-day awards is hosted every year to honour youngsters for their remarkable work in various fields. Resignation of Meng Hongwei:
i. Meng Hongwei is from China. He has resigned after he was detained in China and having been kept under probe for alleged involvement in criminal activities.
ii.  He became the Interpol President in 2016. He is the first Chinese official to become the Interpol President.
iii. Senior Vice-President of Interpol’s Executive Committee, Kim Jong Yang of South Korea, will be the acting president.
iv. A new president will be elected at the General Assembly Session, that will be held in Dubai from November 18 to 21, 2018.
About International Criminal Police Organization (Interpol):
♦  Type – world’s largest international police organization
♦  Member countries – 192
♦  General Secretariat – Lyon, France

India defeats Sri Lanka by 144 runs to lift U-19 Asia Cup title
On 7th October 2018, India won the Under-19 Asia Cup, at the Sher-e-Bangla National Cricket Stadium in Dhaka, Bangladesh. 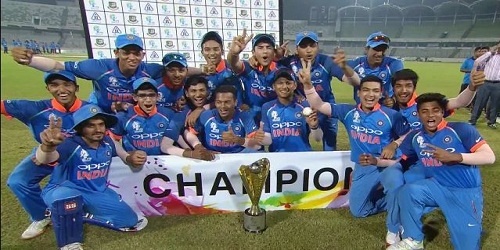 Key Points:
i. India defeated Sri Lanka by 144 runs in the final and won the U-19 Asia Cup for the 6th time.
ii. Indian team batted first and scored 304/3 in the 50 overs. India’s Harsh Tyagi was declared the Man of the Match.
iii. India’s Yashasvi Jaiswal was the highest run-getter in the tournament with 318 runs and was declared Man of the Series. i. Montserrat Caballé was 85 years old. She was born in Barcelona. She started training with Barcelona’s Conservatori Liceu at the age of 9.
ii.  She had performed in various operas. In 1965 she made her debut in the United States at Carnegie Hall.

i.  The painting ‘Glow of Hope’ was created by Geeta Upalekar’s father SL Haldankar in 1945-46. It is displayed at Jaychama Rajendra Art Gallery, Jaganmohan Palace, Mysuru.
ii.  Geeta Upalekar was 102 years old. She was popularly known as the ‘Woman with the Lamp’. 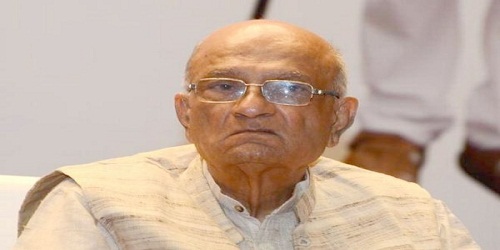 i. Natwar Thakkar was 86 years old. He was born in 1932 in the then Bombay Presidency. He was a recipient of Padmashree award.
ii. Since 1955 he had worked among the tribals of Nagaland to spread the message of Mahatma Gandhi. He was popularly known as ‘Nagaland’s Gandhi’.
iii. In 1955, he had set up a “Nagaland Gandhi Ashram” in Chuchuyimlang village in Nagaland.

Gujarat human rights lawyer Girish Patel passes away
On 6th October 2018, Gujarat human rights lawyer Girish Patel passed away after suffering age related ailments in Ahmedabad, Gujarat.
i. Girish Patel was 86 years old. He fought for the rights of poor people. In 1972, he became a member of Gujarat State Law Commission for 3 years.
ii. In 1974, he participated in Gujarat’s Navnirman Andolan against corruption and economic crisis. He fought cases for people displaced by various government projects like Sardar Sarovar project, Sabarmati Riverfront, etc. 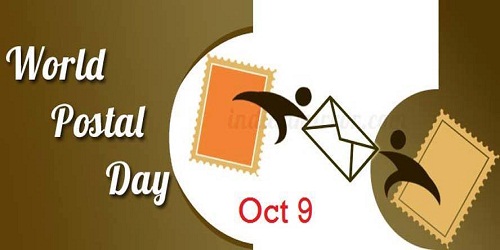 Key Points:
i. When: In 1969, October 9 was declared as World Post Day by Universal Postal Union Congress held in Tokyo, Japan. This day commemorates the anniversary of the establishment of the Universal Postal Union in 1874 in Bern, Switzerland.
ii. Why: This day creates awareness about the role of postal sector in the everyday activities of people its contribution to the social and economic development.
iii. On this day, several countries introduce or promote new postal products and services.

Key Points:
i.  When: Indian Air Force Day is celebrated to mark the official establishment of Indian Air Force in 1932.
ii. A grand parade-cum-investiture ceremony was held at Air Force station Hindan, Ghaziabad. The parade was reviewed by Air Chief Marshal BS Dhanoa, Chief of the Air Staff.
iii. Air display and acrobatics by aircrafts like Jaguar, Bison, MiG-29, Mirage-2000 and SU-30 MKI fighter jets and Rudra helicopters, were performed.
iv. As part of celebrations, IAF organised an 8 km cross-country run with 500 air warriors and a cycle rally with 100 children in Jammu, on 7th October 2018.