We are here for you to provide the important Current Affairs October 31 2018, which have unique updates of all daily events from all newspapers such as The Hindu, The Economic Times, PIB, Times of India, PTI, Indian Express, Business Standard and all Government official websites. 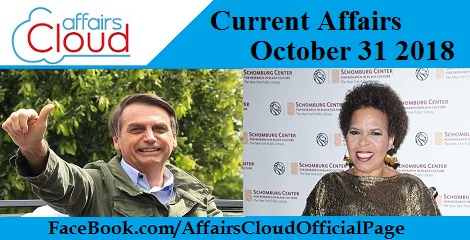 i. This will be established in the premises of the CSIR-North East Institute of Science & Technology (NEIST).
ii. For setting up the new Science Centre, the Ministry of Development of North Eastern Region (DoNER) had allocated Rs.40 crore for its construction.
iii. It would be institutionalized by Department of Science & Technology (S&T) and CSIR.
iv. This will work as a Center of Excellence for all the eight States of Northeast for promoting research as well as job creation.
Other News:
i. The two programmes run by the Ministry of DoNER and NEC were mentioned. They are:
“North-Eastern Region Community Resource Management Project” (NERCORMP) and “North East Rural Livelihood Project” (NERLP).
ii. These will help in improving livelihood opportunities for unemployed youth, farmers, women and artisans.
Assam:
♦ Capital: Dispur.
♦ Chief Minister:  Sarbananda Sonowal.
♦ Governor: Jagdish Mukhi.
♦ National Parks: Kaziranga National Park, Manas National Park (UNESCO Natural World Herigate Site), Orang National Park, Dibru-Saikhowa National Park.
♦ Airports: Lokpriya Gopinath Bordoloi International Airport, Dibrugarh Airport, Jorhat Airport, Tezpur Airport, Silchar Airport. About the Dock:
i. The new Dry Dock is being constructed at a cost of Rs 1799 Crore and is expected to be completed by May 2021.
ii. It will be 310 m long, 75m wide, with a depth of 13 m and drought of 9.5m.
iii. It will be designed to handle both ship building and repairs, and bear a load up to 600 T/m.
iv. It will have a water treatment plant and Green Belt Development.
v. It will be used to build specialized and technologically advanced large vessels like LNG Carriers, drill ships etc for the Indian Navy.
Other News:
i. Two 500 capacity passenger vessels built by CSL for Andaman and Nicobar Islands administration was also launched. These will help enhance intra island connectivity.
ii. He also launched 3 National Highways projects in Kerala, costing Rs 1557 Crore at an event in Eranholi in Thalassery in Kannur district. These include:

Twelve Projects worth Rs 929 Crore approved under Namami Gange programme
On 29th October 2018, Executive Committee (EC) of the National Mission for Clean Ganga approved 12 projects worth Rs. 929 Crore under the Namami Gange programme in its 16th meeting.
Key Points:
Some of the approved projects are:
i. Two Sewage Treatment Plants (STPs) for Delhi for creating 340 MLD waste treatment capacity at a cost of Rs 580 Crore.
ii. Two projects for West Bengal at a cost of Rs 50 Crore.
iii. Many projects were sanctioned for Uttar Pradesh with total cost of Rs 128 Crore.
iv. Two more projects were sanctioned under CSR (Corporate Social Responsibility) category which will be funded by corporate groups.
v. INDORAMA Charitable Trust is funding the Ghat and Crematoria Work at Badrinath and Gangotri in Uttarakhand at a cost of Rs 26.33 Crore.
vi. Shipping Corporation of India (SCI) will be performing renovation and beautification of Ganga River Bank at Katwa, West Bengal at a cost of Rs 0.35 Crore.
About National Mission for Clean Ganga:
♦ Director General – Rajiv Ranjan Mishra
♦ Type – implementation arm of National Ganga River Basin Authority (NGRBA)

“Gandhian Thoughts and Sanitation” seminar organized in Wardha, Maharashtra
A seminar titled “Gandhian Thoughts and Sanitation” was organized by the Ministry of Drinking Water and Sanitation inWardha district, Maharashtra.
i. The seminar was focused on the Gandhian ideology on sanitation and its implementation through Swachh Bharat Mission (SBM).
ii. Topics like appropriate technologies in rural sanitation, organic waste management, and preventive sanitation linked with Nai Talim and industrialization: Gandhi’s concept of Swachh evam Swawalambhi Sankul, were discussed.
iii. At the end of the seminar a visit to Sevagram was done, to experience and learn from Gandhiji’s time there. i. The summit will be held for 3 days. The objective of the summit is to share and learn the good practices implemented by several states and organizations to improve the health sector.
ii. Senior officials, public health experts, and experts from academic institutions are taking part in the summit.

India’s First Robotic Dinosaurs Gallery inaugurated in Kapurthala, Punjab
On 27th October 2018, India’s first gallery on robotic dinosaurs was opened to the public at the Pushpa Gujral Science City, in Kapurthala, Punjab.
Key Points:
i. This gallery is a joint initiative of the Union and state governments. The Pushpa Gujral science city is the biggest project of its kind in northern India.
ii. It has been set up in 72 acres of land on Jalandhar-Kapurthala road in Punjab.
iii. The gallery was inaugurated by Deputy Commissioner of Kapurthala and the Director General of the science city, Mohd Tayyab.
iv. A total of 7 moving dinosaurs, made of steel and silica gel with motors, have been added to the existing 46 exhibits of dinosaurs.
v. The new gallery will display the story of birth and evolution of dinosaurs in a unique way. It has both robotic dinosaurs and manually operated ones. It has been built at a cost of Rs. 1.50 crore.
Some wildlife sanctuaries in Punjab:
♦ Jhajjar Bacholi wildlife sanctuary
♦ Kathlaur Kushlian wildlife sanctuary
♦ Takhni-Rehampur wildlife sanctuary

The bond was announced at the Our Ocean Conference in Bali by the Vice-President of the Republic of Seychelles, Vincent Meriton.
i. Seychelles is the first nation to pioneer such a financing instrument.
ii. The World Bank assisted in developing the blue bond and reaching out to the three investors: Calvert Impact Capital, Nuveen, and U.S. Headquartered Prudential Financial, Inc. Standard Chartered acted as placement agent for the bond.
iii. The Seychelles blue bond is partially guaranteed by a US$5 million guarantee from the World Bank (IBRD) and further supported by a US$5 million concessional loan from the Global Environment Facility (GEF).
iv. The grants and loans will be provided through:

v. The bond aims to:

WTO to set up dispute panel on India-US case on export subsidies
On October 30, 2018, the World Trade Organization’s dispute settlement body has set up a panel to look into the India-US export-subsidy dispute.
i. This was established on the request of the US to examine the allegations on India’s export incentive measures.
ii. The US has challenged India’s export subsidy programmes such as Merchandise Exports from India Scheme in the WTO, asserting that these initiatives were harming its companies.
iii. According to US, all WTO members, including India, are required to provide subsidies consistent with provisions of the WTO’s Agreement on Subsidies and Countervailing Measures.
Backgournd:
India’s exports to the US stood at USD 47.9 billion in 2017-18, while imports aggregated at USD 26.7 billion during the same fiscal.
WTO:
♦ Headquarters: Geneva Switzerland.
♦ Membership: 164.
♦ Founded: Jan 1, 1995.
♦ Director-General: Roberto Azevêdo

6th tranche of electoral bonds announced ;SBI the only issuing authority
On October 30, 2018, the Finance ministry announced the issuance of the 6th tranche of electoral bonds that will take place from November 1-10, 2018.
i. State Bank of India (SBI), has been authorised to issue and encash electoral bonds through its 29 authorised branches with effect from November 1 to 10.
ii. The 29 specified SBI branches are in cities like New Delhi, Gandhinagar, Chandigarh, Bengaluru, Bhopal, Mumbai, Jaipur, Lucknow, Chennai, Kolkata and Guwahati.
Background:

About Electoral Bonds:
♦ The government notified the Electoral Bond Scheme in January 2018.
♦ As per provisions of the scheme, electoral bonds may be purchased by a person, who is a citizen of India or entities incorporated or established in India.
♦ Registered political parties that have secured not less than 1 per cent of the votes polled in the last election of the Lok Sabha or legislative assembly will be eligible to receive electoral bonds.
♦ An electoral bond will be valid for 15 days from the date of issue.
♦ No payment would be made to any payee political party if the bond is deposited after expiry of the validity period. The bond deposited by any eligible political party into its account would be credited on the same day.
♦ It is an alternative to cash donations made to political parties as part of efforts to bring transparency in political funding. 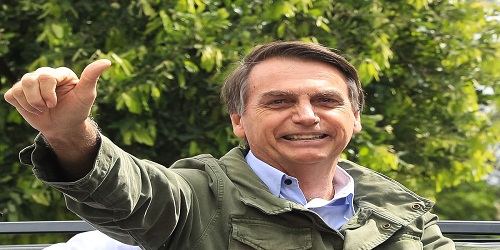 Key Points:
i. Jair Bolsonaro won 55.2% of the votes surpassing his rival Fernando Haddad of Workers’ Party, who had secured 44.8% in the presidential election.
ii. Jair Bolsonaro will assume office as President of Brazil, on 1st January 2019. He will replace Michel Temer.
iii. Jair Bolsonaro is 63 years old. He is a former Army captain. He leads the Social Liberal Party (PSL).
About Brazil:
♦ Capital – Brasília
♦ Currency – Real
♦ Official language – Portuguese 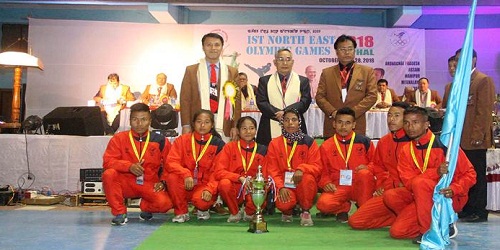 2018 Isle of Man International Chess Tournament
From 20th October to 28th October 2018, the 2018 Isle of Man Chess Tournament was held at the Villa Marina, Douglas, in Isle of Man.
Key Points:
i. Grandmaster B Adhiban from India beat Michael Adams of England in the ninth and final round, and finished tied third with 6.5 points. He was the best performing Indian at the tournament.
ii. He was tied in the third spot with Vladimir Kramnik and Alexander Grischuk of Russia, Hikaru Nakamura and Jeffery Xiong of United States, Gawain Jones of England and Wang Hao of China.
iii. Poland’s Radoslav Wojtaszek is the winner of the event. Total prize money of the tournament was 133000 Pounds Sterling.
iv. India’s Vishwanathan Anand ended the final round with a draw against Wang Hao and finished with 6 points. Key Points:
i. Lewis Hamilton finished in the 4th position in the Mexican Grand Prix. This is the 3rd time he has won the drivers’ world championship title without finishing on the race podium.
ii. He has already won the drivers’ world championship in 2008, 2014, 2015 and 2017.
iii. Mexican Grand Prix results:
1 – Max Verstappen (Red Bull)
2 – Sebastian Vettel (Ferrari)
3 – Kimi Raikkonen (Ferrari)
4 – Lewis Hamilton (Mercedes) 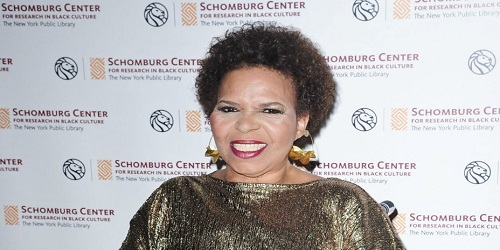 Key Points:
i. Ntozake Shange was 70 years old. She had addressed sensitive issues related to racism.
ii. Her original name was Paulette Linda Williams. Some of her important works are: Daddy Says (1989), From Okra to Greens/A Different Kinda Love Story (1983), Mother Courage and Her Children (1980), For Coloured Girls, etc. 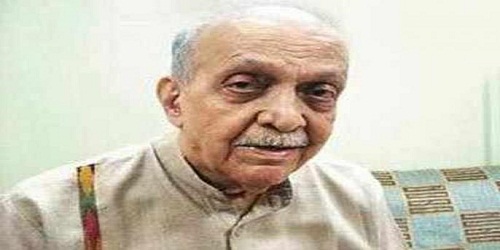 Key Points:
i. Yashwant Dev was 92 years old. He had composed and written many popular Marathi songs.
ii. He had received several awards like: Gan-samradni Lata Mangeshkar Award and Gadima puraskar. He had also worked in Music section of All India Radio, Mumbai.