We are here for you to provide the important Current Affairs November 8 2018, which have unique updates of all daily events from all newspapers such as The Hindu, The Economic Times, PIB, Times of India, PTI, Indian Express, Business Standard and all Government official websites. Objective:
To ameliorate the problems of people living in these isolated locations.
Key Points:
i. The 6 states where the amount was released were: Assam, Nagaland, Sikkim, Gujarat, Rajasthan and Uttarakhand.
ii. With this release the total amount released so far during this fiscal to the States having International Border is Rs. 637.98 crore.
iii. Earlier, in September 2018, the centre released Rs.399.24 crore for 10 states along the international borders under this programme.The amount released in 2017-18 was Rs. 1,100-crore.
About BADP:
The BADP covers 111 border districts in 17 states to meet special development needs of border population with a focus on the people living within 50 kilometres of the International Border.
As many as 61 model villages are being developed under the BADP to improve the quality of life for people living near border areas.
Ministry of Home Affairs:
♦ Union Minister: Shri. Rajnath Singh.
♦ Minister of State: Shri. Kiren Rijiju, Shri. Hansraj Gangaram Ahir. 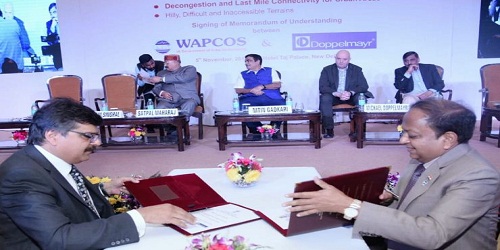 ii. This projects would help in reducing traffic congestion and pollution, development of tourism destinations and employment generation in the country.
Other News:
i. The government plans to explore hybrid aeroboats that combine land, water and aviation technology and can run on land, water and air at speeds greater than 80 km per hour.
ii.10 National Waterways including Ganga are being developed for transport to carry goods from Varanasi right up to Bangladesh and the North Eastern states of our country on waterways.
iii. He also called for the use of alternate fuels in transport sector like methanol, ethanol and electric sources.
Background:
Cable cars and ropeways have already proven to be successful in Bolivia, Vietnam, Switzerland and many other countries.
Ministry for Shipping:
♦ Union Minister: Shri. Nitin Gadkari.
♦ Minister of State: Shri. P. Radhakrishnan, Shri. Mansukh L. Mandaviya.
Doppelmayr:
Doppelmayr, Austria is the world’s largest ropeway manufacturing company with cutting-edge ropeway technologies.
It has set up more than 15,000 ropeway installations across the world.
WAPCOS:
♦ Headquarters: New Delhi.
♦ Under Government of India. Lucknow’s Ekana Cricket Stadium renamed after late PM Atal Bihari Vajpayee
On November 7, 2018, UP Governor Ram Naik approved renaming of Ekana International Cricket Stadium in Lucknow in the memory of late PM Atal Bihari Vajpayee.
i. As per the proposal, the Ekana International Cricket Stadium in Lucknow was renamed as the “Bharat Ratan Atal Bihari Vajpayee International Cricket Stadium“. It has a seating capacity of around 50,000.
ii. It was renamed as a token of acknowledgement towards the late Vajpayee, who represented Lucknow in the parliament for five consecutive times between 1991 and 2009.
iii. This change was done ahead of the India-West Indies T20I international match that will be hosted at the venue for the first time.
iv. This is the second T20I of the ongoing three-match series between India and West Indies.
Uttar Pradesh:
♦ Chief Minister: Yogi Adityanath.
♦ Governor: Ram Naik.
♦ National Parks: Dudhwa National Park, Philibit Tiger Reserve , Sandi Bird Sanctuary.
♦ Uttar Pradesh has 23 wildlife sanctuaries across 27 districts covering over 5,000 sq km.

QR-enabled fridge magnets for digital payment of bills launched by NDMC
On November 4, 2018, New Delhi Municipal Council (NDMC) launched a “smart” initiative to distribute quick response-enabled smiley fridge magnets to its consumers.
This is a collaborative project between: NDMC, a Delhi-based retail tech startup called SignCatch and the Axis Bank for the initiative.
Objective:
To facilitate digital payment of utility bills.
Key Points:
i. This technology has been developed by: SignCatch – an IT and services company.
ii. Initially, NDMC aims to give the magnets to 25,000 of its electricity and water consumers across Lutyens’ Delhi.
iii. NDMC will provide separate magnets to its consumers’ doorstep for both electricity and water bills.
iv. The customers can stick these magnets on their refrigerators at home and use their smartphones to scan the QR Code on the magnet to pay their bills instantly.
Functionality:
i. The magnets are personalized and each customer will have a unique QR Code mapped to their consumer account number.
ii. The QR Code will redirect the consumers to their current bill with an option to pay using any of the digital payment channels active with NDMC like credit/debit cards, net banking, wallet, and UPI.
Benefits:
i. These magnets would be extremely useful in cases where a consumer misplaces the pending paper bills.
ii. These will reduce collection costs and expedite revenue realization.
Delhi:
♦ Chief Minister: Arvind Kejriwal
♦ Deputy CM: Manish Sisodia.
♦ Governor: Shri. Anil Baijal.
♦ National Parks: National Zoological Park, Chilla National Park, Sultanpur National Park.
UNESCO world heritage site in Delhi:
Red fort, Qutub Minar, Humayun’s Tomb.

India pledged contribution of $13.36 mn for UN agencies, development activities
On November 7, 2018, 1st Secretary in India’s Permanent Mission to the UN, Mahesh Kumar, on behalf of India pledged contributions of USD 13.36 million for the various UN agencies and development activities.
i. This pledge was taken during the 2018 United Nations Pledging Conference for Development Activities at the UN Headquarters in New York, USA.
ii. About 19 countries pledged a total of USD 425.69 million at the Pledging Conference, reflecting an increase from the 2017 amount of USD 398.98 million.
iii. The break-up of the contribution is as follows: i. The fellowship was given at the 3rd IndiaGlobal Summit was held at the prestigious MIT Sloan School of Management in Boston.
ii. The event was facilitated by MIT Sloan India Business Club.
iii. He is a former chairman of the  Film and Television Institute of India (FTII).
IndiaGlobal:
Headquarters: USA. 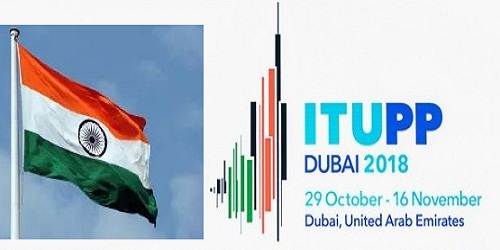 i. India would be the Member of ITU Council for 4 more years (2019-2022).
ii. India secured the 3rd rank among the 13 countries , by getting 165 votes, from the Asia-Australasia region.
iii. Globally, it ranked 8th among the 48 countries.
Other News:
Recently, ITU decided to set up the ITU South Asia Area Office and Technology Innovation Centre in New Delhi.
Background:
♦ India has been an active member of the ITU since 1869.
♦ It has been regular member of the ITU Council since 1952.
ITU:
♦ Headquarters: Geneva, Switzerland.
♦ Secretary-General: Houlin Zhao.

Citigroup appoints John Dugan as its new chairman
Citigroup has appointed John Dugan, a former comptroller of the currency, as its new chairman.
i. John Dugan is 63 years old. He will succeed Michael O’Neill, who will retire at the end of 2018.
ii. John Dugan has been on Citi’s board for more than a year. He was comptroller of the currency from 2005 to 2010.
iii. He had served as counsel to the Senate banking committee and as an official at the Treasury department. He also served on the Basel Committee on Banking Supervision from 2007 to 2009.

NASA’s Hubble Space telescope spots Cosmic Smiley among colourful galaxies
National Aeronautics and Space Administration (NASA)’s Hubble Space telescope has spotted a formation of galaxies that look like a smiling face in the sky.
Key Points:
i. The image of galaxies looking like a smiling face was captured with Hubble telescope’s Wide Field Camera 3 (WFC3).
ii. The image shows galaxies of all shapes, colours and sizes, many of them belonging to galaxy cluster SDSS J0952+3434.
iii. Below the centre, there is a formation of galaxies that looks like a smiling face. Two yellow-hued blobs are at the top similar to an arc of light.
iv. Hubble telescope captured the image inorder to understand how new stars are brought to life throughout the cosmos.
About NASA (National Aeronautics and Space Administration):
♦ Administrator – Jim Bridenstine
♦ Headquarters – Washington, D.C., US

Thailand’s Luksika Kumkhum wins first WTA title in the L&T Mumbai Open in Mumbai
On 4th November 2018, Thailand’s Luksika Kumkhum won her first WTA (Women’s Tennis Association) title by winning the singles title in the L&T Mumbai Open at the Cricket Club of India courts, in Mumbai.
Key Points:
i. Luksika Kumkhum defeated Russia’s Irina Khromacheva 1-6, 6-2, 6-3 in the final and won the singles title of the L&T Mumbai Open. She won $20,000 and 160 WTA points. Total prize money of the tournament was $125000.
ii. In the Doubles, Natela Dzalamidze and Veronika Kudermetova of Russia won the title by defeating Bibiane Schoofs of Netherlands and Barbora Stefakova of Czech Republic 6-4, 7-6(4). 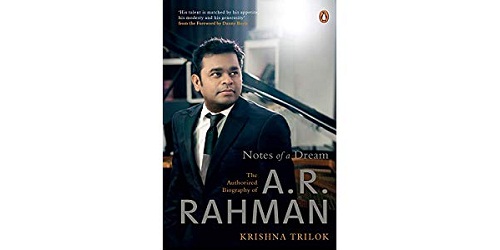 Key Points:
i. The biography has been written by author Krishna Trilok. It has been launched in association with Landmark and Penguin Random House.
ii. The biography narrates the journey of A.R. Rahman and unveils parts of his creative and personal life that are not known to many people.