We are here for you to provide the important Current Affairs November 4 2018, which have unique updates of all daily events from all newspapers such as The Hindu, The Economic Times, PIB, Times of India, PTI, Indian Express, Business Standard and all Government official websites. 12 initiatives for Support and Outreach Initiative for MSME sector launched by PM Modi; Rs 1 crore loan in 59 minutes for MSMEs
On November 2, 2018, at the launching ceremony of Government’s Support and Outreach Initiative for MSME at Vigyan Bhawan in New Delhi, PM Narendra Modi announced 12 key initiatives for the growth and support of the MSME sector. iii. The implementation of this outreach programme will be intensively monitored over the next 100 days.
iv. He also proposed a social security for the MSME sector employees to ensure that they have Jan Dhan Accounts, provident fund and insurance.
Ministry of MSME:
Union Minister of State (I/C) for MSME: Shri Giriraj Singh.

i. The Agreement was signed between:

ii. The agreement was for a Japanese Official Development Assistance loan that amounted to Yen 29.442 Billion or Rs. 1817 crore approximately.
iii. The Project would:

iv. These would contributing to the Industrial Development and Living Standard Improvement in the State of West Bengal.
Japan:
♦ Capital: Tokyo.
♦ Currency: Japanese yen. 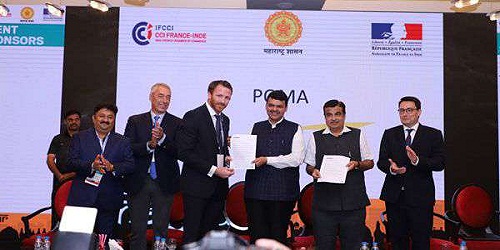 Key Points:
i. The Indo-French Conclave was organized by Indo French Chamber of Commerce & Industry (IFCCI) and the Embassy of France in India.
ii. The 12 agreements signed include:

Preparatory Meeting of the “Shanghai Cooperation Organization Joint Exercise on Urban Earthquake Search & Rescue -2019” held in New Delhi
On November 2, 2018, the two-day long preparatory meeting of the “Shanghai Cooperation Organization Joint Exercise on Urban Earthquake Search & Rescue- 2019” concluded in New Delhi.
i. It was the first phase of the main exercise scheduled for 21-24 February, 2019 in Delhi which will be organized by the National Disaster Response Force (NDRF) on behalf of Government of India.
ii. The key note address was delivered by Shri R. K. Jain, Member, National Disaster Management Authority (NDMA).
iii. The meeting focused on chalking out the plan, discuss requirements, details and modalities of main exercise, which is scheduled for February, 2019.
iv. It also highlighted on sensitization about the dimensions of disaster and responsibility of SCO.
iv. Furthermore, India has also hosted the South Asian Annual Disaster Management Exercise (SAADMEx), Asian Ministerial Conference for Disaster Risk Reduction (AMCDRR) and Bay of Bengal Initiatives for Multi-Sectoral, Technical and Economic Corporation (BIMSTEC).
Background:
The preparatory meeting was organized to conduct the “Shanghai Cooperation Organization Joint Exercise on Urban Earthquake Search & Rescue- 2019 for the region, which was proposed by India during the 9th meeting of the Heads of Departments of disaster prevention of SCO countries of Shanghai Cooperation Organization (SCO) member states, led by Union  Home Minister, Shri. Rajnath Singh, held at Kyrgyzstan in August, 2017.
About SCO:
♦ Full Form: Shanghai Cooperation Organization.
♦ India and Pakistan has joined the organization as full time members from 2017 at a summit in Astana, Kazakhstan.
♦ Number of Member Countries are: 8 (present), 4 (Observer states).
♦ Headquarters: Beijing, China
♦ The SCO was founded at a summit in Shanghai in 2001 by the presidents of Russia, China, Kyrgyz Republic, Kazakhstan, Tajikistan and Uzbekistan.
♦ Secretary General: Rashid Alimov.
National Disaster Response Force (NDRF):
♦ Director General: Mr. Sanjay Kumar.
♦ Headquarters: New Delhi.

ii. Under the scheme, 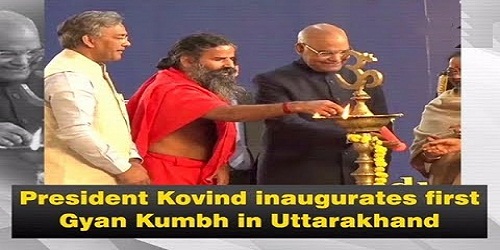 i. This was done ahead of the second edition of ‘Make In Odisha Conclave’ to be held here from November 11 to November 15.
ii. Under this:

iii. For establishing manufacturing facilities in the state, extension of capital subsidy of Rs 100 crore for the first three OEMs (original equipment manufacturer) will be provided with investment of at least Rs 1000 crore and generating 1000 domiciled employment.
iv. Establishment will be with private participation of the centres, the ceiling will be:

v. In addition, for the first three OEMs the interest subsidy will be allowed, based on investment in plant and machinery, up to a limit of: 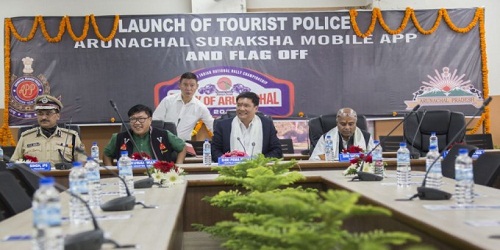 4-member committee to examine waste dumping near Polavaram project: NGT
On November 3, 2018, the National Green Tribunal ordered a four-member committee to conduct an inspection and submit report about the waste dumping issue at the Polavaram dam in Andhra Pradesh.
i. The decision of the committee was taken by a bench headed by NGT Chairperson Justice Adarsh Kumar Goel.
ii. The committee would comprise of representatives of the Central Pollution Control Board, additional principal chief conservator of forests, theState Pollution Control Board and the district magistrate.
iii. The nodal agency for execution of this order would be Andhra Pradesh Pollution Control Board.
iv. The report for this would be submitted to the NGT tribunal by 2 months.
Background:
The NGT’s order came on a plea filed by an Andhra Pradesh native, Pentapati Pulla Rao, alleging that illegal dumping of muck was taking place during construction of Indira Sagar Polavaram Multipurpose Project which was damaging the environment.
Andhra Pradesh:
♦ Chief Minister: N Chandrababu Naidu.
♦  Governor: E.S.L Narasimhan.
♦ Capital: Amravati.
♦ National Parks: Sri Venkateswara National Park, Rajiv Gandhi National Park, Papikonda National Park. 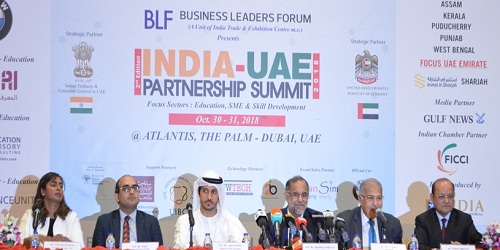 Chola MS & IndusInd Bank renewed decade long Bancassurance partnership for 5 years
On November 3, 2018, Chola MS General Insurance and IndusInd Bank Ltd renewed their corporate agency arrangement for a period of five years.
i. This is a part of a decade-long partnership has garnered around Rs 37 billion and serviced close to half a million customers during 2017-18.
ii. They will roll out more innovative digital insurance solutions, especially in claims servicing, targeting to double its premium over the next five years.

IPO timeline to be cut to 3 days from 6 days: SEBI
On November 1, 2018, the Securities & Exchange Board of India (SEBI) cut listing time for an IPO to 3 days from 6 at present.
i. This will be done in a phased manner with the 1st phase starting from January 1, 2019.
ii. For the implementation, Unified Payments Interface was launched as an alternative payment option for retail investors, buying shares in a public issue.
iii. After 3 months i.e., from April 1, 2019, in the 2nd phase the physical submission mechanism of bid forms would be discontinued.
iv. For the implementation of this procedure, it introduced the use of UPI as a payment mechanism with Application Supported by Block Amount (ASBA) for applications in public issues by retail investors through intermediaries.
v. The 2nd phase having T+6 days will continue for another 3 months or floating of 5 main board public issues whichever is later.
vi. This means in Phase II, such entities shall aim to expeditiously complete the process of listing of shares and commencement of trading, in any case, not later than T+6.
Securities and Exchange Board of India (SEBI):
♦ Chairman: Ajay Tyagi.
♦ Headquarters: Mumbai.
About IPO:
Initial public offering (IPO) or stock market launch is a type of public offering in which shares of a company are sold to institutional investors and usually also retail (individual) investors.

i. It is the only film from India to feature in the list. It was directed by Satyajit Ray and released in 1955.
ii. Pather Panchali is at number 15 in the list. The list is topped by Akira Kurosawa’s film Seven Samurai.
iii. The list features 100 films from 67 different directors, from 24 countries, and in 19 languages.

Key Points:
i. The AI bot named “ClaRAN” used to recognise faces on Facebook. It has been trained to scan images taken by radio telescopes.
ii. It can spot radio galaxies – galaxies that emit powerful radio jets from supermassive black holes at their centres.
iii. ClaRAN is the brainchild of big data specialist Dr Chen Wu and astronomer Dr Ivy Wong from The University of Western Australia node of the International Centre for Radio Astronomy Research (ICRAR).
iv. ClaRAN was developed from an open source version of Microsoft and Facebook’s object detection software.
v. ClaRAN is an open source software and is publicly available on Microsoft-owned GitHub.

Vietnam will host the Formula 1 race in April 2020 in Hanoi
Vietnam will host Formula 1 race in its capital city Hanoi for the first time in April 2020.
Key Points:
i. The Vietnamese government has given its support for the race. But Federation Internationale de l’Automobile (FIA), Formula 1’s governing body, has not given the approval yet.
ii. The circuit for the Formula 1 race will be unveiled soon. Funding for the race will be provided by the private sector, and not by the government.
iii. It will be the third Formula 1 race to be hosted in south-east Asia following Singapore and Malaysia.
About Federation Internationale de l’Automobile (FIA):
♦ Founded – 1904
♦ President – Jean Todt