We are here for you to provide the important Current Affairs November 21 2018, which have unique updates of all daily events from all newspapers such as The Hindu, The Economic Times, PIB, Times of India, PTI, Indian Express, Business Standard and all Government official websites. 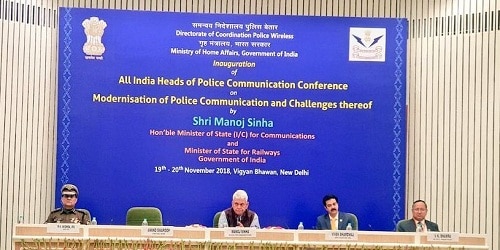 Key points:
i. The theme of the conference was “Modernization of Police Communication and challenges thereof.”
ii. Directorate of Coordination Police Wireless (DCPW), Anand Swaroop was the organiser of the event.
iii. Awards will be also be distributed in the different categories of excellence for Imparting Training in field of Communication, Implementing Innovation Solution, Crypto methods for Encryption & Performing State in implementing modern Technology in Police Communication Network .
iv. The valedictory function will be addressed by Shri Santosh Gangwar, Minister of State (I/C), Ministry of Labour and Employment.
About Delhi
♦ Chief Minister: Arvind Kejriwal,
♦ Lt. Governor: Anil Baijal.

36 Ekalavya model residential schools to be set up in Meghalaya: Tribal Affairs Minister Oram
On 17th November,2018,Union Minister of Tribal Affairs Shri Jual Oram announced setting up of 36 Ekalavya Model Residential Schools(EMRS) in Meghalaya at a cost of Rs.20 crore for each school in 36 Blocks of Meghalaya. “Every block with more than 50 per cent ST population and at least 20,000 tribal people, will have an Ekalavya Model Residential School by 2022,” the Minister said. The total project cost will be around Rs.720 crores.
Key points:
i. The central government plans to build over 500 such schools across India. At present, there are 192 such schools all over the country.
ii. These schools will be on par with Navodaya Vidyalayas and will have special facilities for preserving local art and culture besides providing training in sports and skill development.
About Meghalaya
♦ Capital: Shilong,
♦ Chief Minister: Conard Sangama,
♦ Governor: Tagatha Roy
♦ Tribal people : Garos, Khasis, and Jaintias 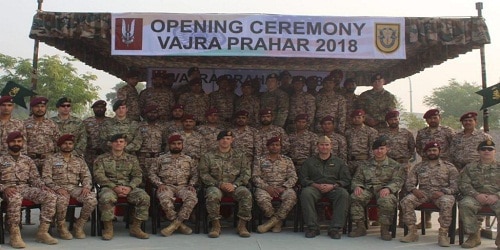 ii. WPE is expected to divert over 50,000 heavy vehicles away from Delhi. It is 136-kilometre long. It is a six-lane expressway. It has been built at a cost of over Rs 6,400 crore.
iii. It will offer high-speed link between northern and southern districts of Haryana.
iv. Escorts Mujesar-Ballabhgarh corridor of the Delhi Metro will make commuting easy for over 2 lakh people.
v. Ballabhgarh will be the fourth city in Haryana to be connected by metro. This makes the total length of Metro to 29 kilometres in Haryana.
Some National Parks in Haryana:
♦ Sultanpur National Park
♦ Kalesar National Park

8th 2- day National Conference of Women in Police held in Ranchi
On 19th & 20th November 2018, Bureau of Police Research & Development in collaboration with Jharkhand Police organised the two days National Conference of Women in Police (NCWP) in the state capital of Jharkhand, Ranchi.
Around 150 women police personnel from across the country are expected to participate in the event. It is the only national level platform to address the issues of Women Police and create an enabling atmosphere for them to maximize and optimize their professional potential. Key Points:
i. KIFF 2018 was inaugurated at Netaji Indoor Stadium, in Kolkata, by West Bengal Chief Minister Mamata Banerjee. A Bengali film directory with the movies from 1917 to 2017 was launched.
ii. Highlight of the festival was 100 years of Bengali cinema. Australia was the focus country for KIFF 2018.
iii. Nearly 171 movies and 150 short films from 70 countries were screened in 16 screens.
iv. A centenary tribute was given to French film critic André Bazin and Swedish director Ingmar Bergman.
v. ‘Antony Phiringi’ was the inaugural movie. A special theatre play named ‘Hirala Bioscope’ was staged.
Award winners: 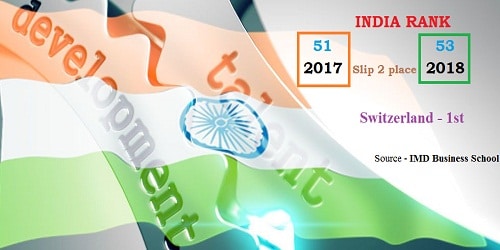 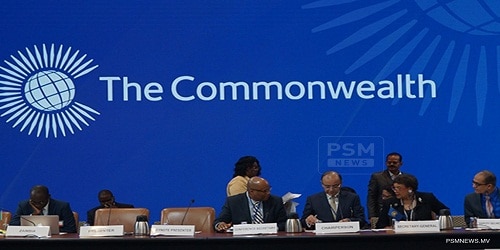 i. Maldives had left commonwealth in 2016 under the leadership of former President Abdulla Yameen amid speculations of corruption and fraud.
ii. The Proposal has been sent to the Maldives parliament for ratification.
About Maldives
♦ Capital: Male
♦ Currency: Maldivian rufiyaa
♦ President: Ibrahim Mohamed Solih
About Commonwealth of Nations
♦ Head: Elizabeth II
♦ Chair-in-Office: Theresa May
♦ Headquarter: London, United Kingdom 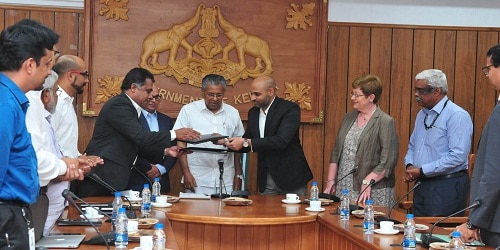 Key Points
i. Under the MoU, an Innovation Centre will be set up in Thiruvanthapuram,which will be the nodal body for planning and executing all the activities to help the startups.
ii. Airbus BizLab will also provide support and mentoring for Startups in Kerela and conduct regular workshops and discussions with experts from aerospace and defence sectors.
iii. The company will also identify opportunities for Kerala to adapt aerospace technologies across sectors and bring all the relevant Airbus teams and startups to demonstrate technologies.
About Airbus BizLab
♦ Headquarter: France
About Kerala
♦ Capital: Thiruvananthapuram
♦ Chief Minister: Pinarayi vijayan
♦ Governor:-P.Sathasivam 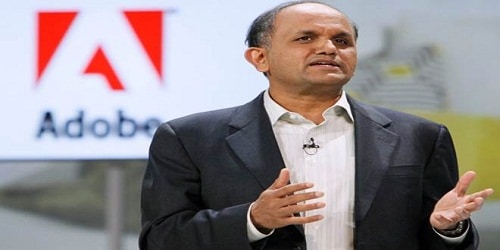 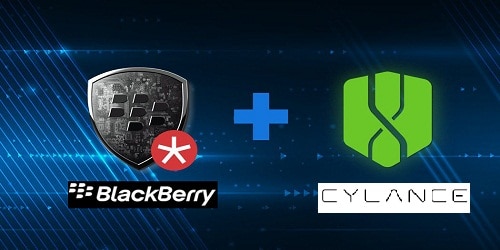 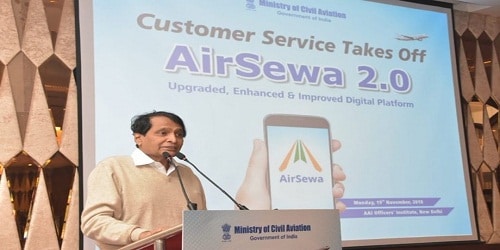 IIT Kharagpur researchers devise Decision Support System (DSS) to help maximise LPG connections in BPL households
Researchers at the Indian Institute of Technology (IIT), Kharagpur, have devised ‘Decision Support System’ (DSS), a computer programme that will help maximise LPG (Liquefied Petroleum Gas) connections in BPL (Below Poverty Line) households in the ‘Pradhan Mantri Ujjwala Yojana’.
i. The researchers were led by Prof Manoj Kumar Tiwari of the Department of Industrial and Systems Engineering.
ii. DSS has found the optimum number of total (BPL) connections required in a region and the number of dealerships that need to be commissioned in a region over the policy time frame.
iii. It can predict how the number of household connections can be increased and the region that contributes most in each zone of LPG distribution.

Bulgaria’s Petkov becomes oldest European international goalkeeper (football)
On 16th November 2018, Bulgarian Georgi Petkov became the oldest European international goalkeeper as Bulgaria played a Nations League draw with Cyprus.
Key Points:
i. Georgi Petkov is 42 years and eight months old. He had also become Bulgaria’s oldest player in their Nations League match in Nicosia.
ii. He beat the record of former Liverpool goalkeeper Elisha Scott, who was 42 years and six months old when he last played for Ireland in 1936.
iii. Georgi Petkov made his debut for the Bulgarian national team in 1998. He is the goalkeeper of Slavia Sofia club.
iv. Giorgos Koudas is the oldest player to have represented a European nation when he played for Greece at the age of 48 in 1995.
About Bulgaria:
♦ Capital – Sofia
♦ Currency – Lev
♦ Official language – Bulgarian
♦ President – Rumen Radev
♦ Prime Minister – Boyko Borisov i. He was 87 years old. He wrote novels and screenplays. Some of his popular works are: Butch Cassidy and the Sundance Kid, All The President’s Men, 1990’s Hype and Glory, Which Lie Did I Tell?, etc.
ii. He had written screenplays for Marathon Man (1976), Magic (1978) and The Princess Bride (1987).
iii. A documentary was made on him titled “Nobody Knows Anything (Except William Goldman)”.

i. The book has been published by Stellar Publishers. The book explains the role played by Radio Kashmir in serving the people of Kashmir and strengthening democratic institutions in Kashmir, since the inception of Radio Kashmir in 1947.
ii. Dr Rajesh Bhat serves in the Policy Division of Directorate General, All India Radio, New Delhi. He has written over 250 academic research papers and articles.

Universal Children’s Day – 20 November
Universal Children’s Day is celebrated on 20th November every year to promote international togetherness, awareness among children worldwide, and improving children’s welfare.
2018 theme  : Children are taking over and turning the world blue
When : –November 20th is an important date which marks the day on which UN General Assembly adopted the Declaration of the Rights of the Child in 1959, and the Convention on the Rights of the Child, in 1989.