We are here for you to provide the important Current Affairs November 13 2018, which have unique updates of all daily events from all newspapers such as The Hindu, The Economic Times, PIB, Times of India, PTI, Indian Express, Business Standard and all Government official websites. 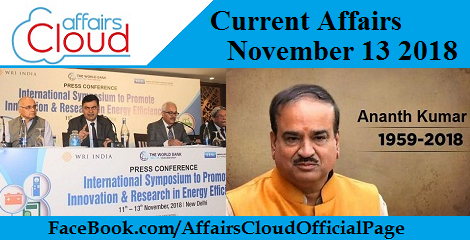 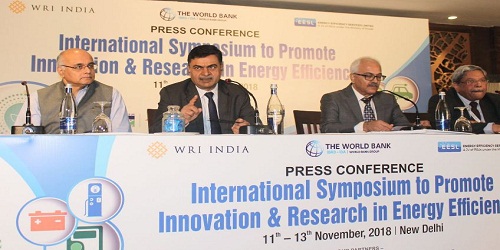 Full form of INSPIRE:  International Symposium to Promote Innovation & Research in Energy Efficiency.
i. The 2018 edition was organized by: Energy Efficiency Services Limited (EESL) and World Bank.
ii. The 3-day symposium focused on:

iii. A first-of-its-kind energy innovation challenge dubbed #InnovateToINSPIRE was organized.
iv. As a part of this event, the minister gave away awards to four pathbreaking innovations in clean energy and energy efficiency among 94 entries.
v. The winning entries received an award of Rs. 5 lakhs, each, along with mentoring and guidance from EESL to help them bring their solutions to market.
Other Important announcements:
i. As part of the event, EESL and Asian Development Bank (ADB) signed an agreement for a Global Environment Facility (GEF) grant of USD 13 million to establish an Energy Efficiency Revolving Fund (EERF).
ii. EESL and GAIL, a wholly owned subsidiary of GAIL (India) Limited signed a MoU to develop natural gas based cogeneration and trigeneration projects in Commercial & Industrial Sectors in India.
About EESL:
♦ Energy Efficiency Services Limited (EESL), under the administration of Ministry of Power, Government of India.
♦ Chairman: Shri Rajeev Sharma.
Ministry Of Power:
♦ Minister of State (I/C):  Raj Kumar Singh.
♦ Power Secretary: Shri Ajay Kumar Bhalla. i. It is a first-of-its-kind solutions-focused event  which aims to address the climate threat that comes from the growing demand from room air conditioners.
ii. The event is jointly organized by:

iii. It also launched Global Cooling Prize— Mission Innovation challenge that will promote development of a residential cooling solution that has at least five times (5x) less climate impact than today’s standard.
iv. The prize is supported by Mission Innovation, the Government of India through the Department of Science and Technology and its partner organizations
v. The prize money would consist of over US$3 million for the course period of 2 years.
vi. Up to 10 short-listed competing technologies will be awarded up to US$200,000 each in intermediate prizes to support the design and prototype development.
vii. The winning technology will be awarded at least US$1 million to support its incubation and early-stage commercialization.
Background:
A winning technology could prevent up to 100 gigatons (GT) of CO2-equivalent emissions by 2050, and put the world on a pathway to mitigate up to 0.5˚C of warming by 2100.
Ministry of Science & Technology:
♦ Union Minister: Dr. Harsh Vardhan.
♦ Secretary: Prof. Ashutosh Sharma.

ii. This MOU will strengthen bilateral cooperation, provide a broad legal framework for prevention, investigation and prosecution of crimes.
iii. It will also help in tracing, restraint and confiscation of funds meant to finance terrorist acts.
iv. This was a part of the minister’s resolve to jointly counter the threats posed by organized crime and terrorism.
Morocco:
♦ Capital: Rabat.
♦ Currency: Moroccan dirham.

Goa government announced ban on import of fish for 6 months
On November 11, 2018, Goa government announced a ban on import of fish into the state for six months.
i. This ban is effective from November 12, 2018 and the duration of the ban could be extended by another six months if necessary.
ii. The decision has been taken in view of continuing uncertainty about the presence of formalin in imported fish in Goa.
iii. Additionally, the state government decided to set up testing laboratories with Central agencies like Quality Council of India, Export Inspection Council and Food Safety and Standards Authority of India.

Long cohabitation is presumed marriage: Supreme Court
Supreme Court has declared that, it can be presumed that, a couple who live together as husband and wife are legally married and the woman can claim maintenance under Section 125 of the Code of Criminal Procedure.
Key Points:
i. The decision was made by a bench of Justices R. Banumathi and Indira Banerjee.
ii. They stated that in cases, where a man who lived with a woman for a long time and even though they do not have legal necessities of a valid marriage, the man should be made liable to pay the woman maintenance if he leaves her.
iii. The man should not be allowed to benefit from the legal loopholes taking advantage of a de facto marriage without performing the duties and obligations.
About Supreme Court of India:
♦ Chief Justice of India – Ranjan Gogoi
♦ Location – New Delhi 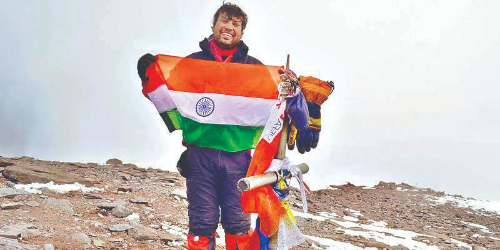 i. He summited an elevation of 4,367 metres which will be followed by Mt Wilhelm – the highest mountain of Papua New Guinea.
ii. Till now, Satya has scaled 5 of the 7 volcanic summits.
iii. Furthermore, he is aiming to complete his 6th Volcano in Mexico Mt Pico de Orizaba and then to Antarctica to climb Mt Sidley in December 2018.
iv. In September 2018, Satyarup Siddhanta and Mousumi Khatua created history by climbing Asia’s highest volcanic peak Mount Damavand.
v. He also became the first Bengali to do so.

SpiNNaker: World’s Largest Brain-Like Supercomputer Switched On For First Time
Spiking Neural Network Architecture (SpiNNaker) machine, the world’s largest supercomputer designed to work like the human brain has been switched on for the first time. 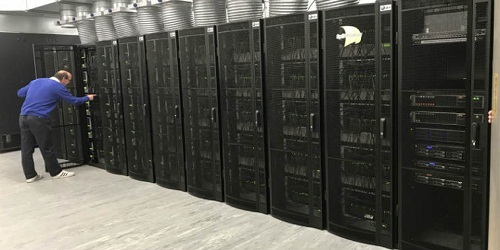 i. It has a million-processor-core. It can complete over 200 million actions per second. Each of its chips have 100 million transistors.
ii. It has been designed and built in the University of Manchester in the United Kingdom. It can model more biological neurons in real time than any other machine.
iii. It follows the massively parallel communication architecture of the brain to send information simultaneously to thousands of destinations.

IIT-Madras develops portable cold storage device
Indian Institute of Technology-Madras (IIT-M) has developed a portable solar-powered cold storage device for storing vegetables, fruits, etc.
i. It has a capacity of 500 kg. It will help farmers store their produce for sufficient time.
ii. The first unit of the device has been deployed at a farm in Madurantakam in Kancheepuram district, near Chennai. It has storage facility with temperature in the range of 4 to 10 degree Celsius.
iii. The project was funded by Department of Science and Technology (Ministry of Science and Technology) and IIT-M.
iv. Professor Satyanarayanan Seshadri was involved in developing the system. A unit will cost around Rs 5.5 to Rs 6 lakh. 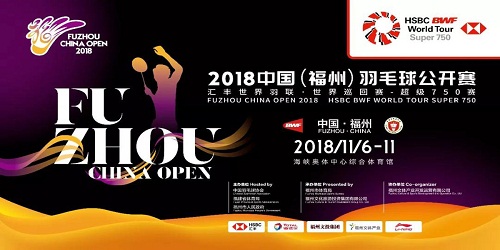 i. It was the 23rd tournament of the 2018 BWF (Badminton World Federation) World Tour. It was part of the China Masters championships.
ii. The tournament was organized by Chinese Badminton Association. It was sanctioned by BWF. Total prize money for the tournament was $700,000.
Winners: 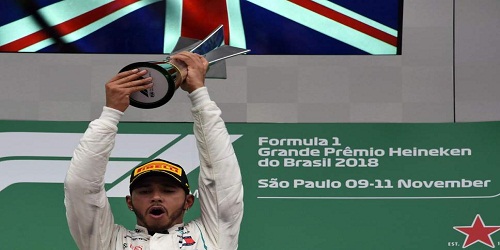 Key Points:
i. This is Lewis Hamilton’s 10th victory of 2018 and 72nd victory of his career. Mercedes won the constructors championshipfor the 5th consecutive season.
ii. Result of Brazilian Grand Prix: 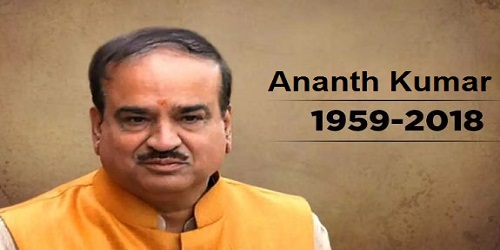 i. He was 59 years old. He was a 6-time member of parliament from Bengaluru South Lok Sabha seat.
ii. He held civil aviation, urban development and tourism portofolios in the union cabinet during 1999-2004.
iii. He was a national General Secretary of BJP (Bharatiya Janata Party) for 9 years. He was also associated with RSS (Rashtriya Swayamsevak Sangh).

Eminent economist & Free trade advocate T.N. Srinivasan passes away
On 10th November 2018, eminent economist Thirukodikaval Nilakanta Srinivasan passed away in Chennai.
i. He was 85 years old. He was a Professor of Economics and International Area Studies Emeritus at Yale University.
ii. He was special adviser to the Development Research Center at the World Bank from 1976 to 1980. He received the Padma Bhushan in 2007.
iii. In 1972, he founded the Journal of Development Economics with macroeconomist Lance Jerome Taylor.
iv. He was a strong supporter of free trade and multilateralism which was introduced through the 1991 economic reforms.
v. He had written books such as: India’s Economic Reforms with renowned economist Jagdish Bhagwati and Reintegrating India with World Economy with economist Suresh Tendulka 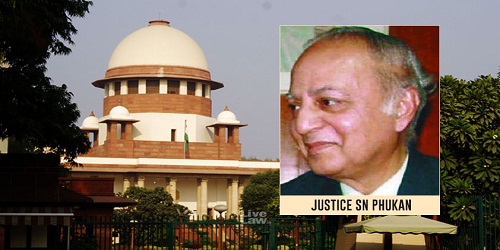 ii. Afterwards, he was promoted as a judge of the Supreme Court in January 1999 and he retired in 2002.
iii. After his retirement, he was appointed to form a Commission to conduct an inquiry into defence contracts entered into during the Kargil War in 2003.
iv. He has served as a  part-time Member of the Meghalaya Board of Revenue, Chairman of the Assam Human Rights Commission.