We are here for you to provide the important Current Affairs November 12 2018, which have unique updates of all daily events from all newspapers such as The Hindu, The Economic Times, PIB, Times of India, PTI, Indian Express, Business Standard and all Government official websites. 2018 pneumonia and diarrhea progress report shows persistent gender gap: IVAC
On November 11, 2018, according to an annual report 2018 Pneumonia and Diarrhea Progress Report released by International Vaccine Access Center (IVAC) at the Johns Hopkins Bloomberg School of Public Health, vaccinations in India are still out of reach of girls under the age of five in rural India.
About the Report:
i. It was the 9th edition of the report and was released ahead of the 10th annual World Pneumonia Day — observed on November 12.
ii. It measures the countries via the Global Action Plan for the Prevention of Pneumonia and Diarrhea (GAPPD) score.
iii.The Report is carried out in 15 Countries and it is analysed based on 10 Parametres.
Highlights:
i. Full immunization coverage in India has not been achieved as only 78 females were fully immunized for every 100 males fully immunized in poorer areas of Delhi.
ii. Highest scoring countries are: Tanzania and Bangladesh.
iii. Lowest scoring countries are: Somalia, Chad, Nigeria.
iv.Despite significant reductions of disease in recent years with improvements in access to and use of health interventions, nearly half a million pneumonia and diarrhea deaths still occurred in two countries—India and Nigeria.
Background:
Globally, pneumonia and diarrhea together led to nearly one of every four deaths that occurred in children under five years of age in 2016.
International Vaccine Access Center (IVAC):
♦ Executive Director: Kate O’Brien.
♦ Headquarters: Baltimore, USA.

No double jeopardy bar if there was no trial: Supreme Court
On 30th October 2018, the Supreme Court declared that, bar of double jeopardy does not arise if an accused was discharged of a criminal offence, even before the commencement of trial, on the basis of an invalid sanction for prosecution.
Key Points:
i. Article 20 (2) of the Constitution mandates that a person cannot be prosecuted or punished 2 times for the same offence.
ii. A Bench of Justices R. Banumathi and Indira Banerjee held in a judgment that if an accused has not been tried at all and convicted or acquitted, the principles of double jeopardy cannot be invoked at all.
iii. If an earlier order of sanction was found to be invalid, there is no bar for the competent authority to issue a proper order of sanction for prosecution.
About Supreme Court:
Chief Justice of India – Ranjan Gogoi
Location – New Delhi. 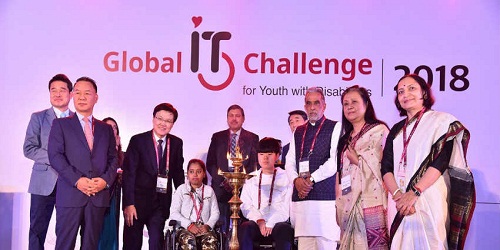 Highlights:
i.It was organized by:

ii.The objective of the event is to:Leverage IT skills among youth with disabilities and Spread awareness about the application of ICT for persons with disabilities especially in Asia-Pacific region.
iii.Around 100 youth with disabilities (visual disability, hearing disability, locomotor disability and intellectual disability/developmental disorder) from 18 countries participated. Among them 12 were Indian.
55 Awards Presented to Youth with Disabilities at ‘Global it Challenge for Youth with Disabilities 2018’
On November 11, 2018, 55 awards were presented to the youth by the Union Minister for Social Justice and Empowerment, Shri Thaawarchand Gehlot.
i.The individual competition on e-tool and e-life mapping was held on 9th November, 2018 and the group competition event was completed on 10th November, 2018.
ii.Another event called ‘IT Forum’ was also organised to showcase the best practices followed by other countries for enhancing empowerment of persons with disabilities.
iii.The winners are as follows:

Background:
i.These youth with disabilities had been selected on the basis of the National IT Challenge conducted by the Ministry through NIT, Kurukshetra in June, 2018.
ii.India has been participating in the annual event since 2013.
Last year in 2017, the event was held in Vietnam.
Department of Empowerment of Persons with Disabilities (DEPwD):
Union Minister: Shri Thaawarchand Gehlot.
Minister of State: Shri Krishan Pal Gurjar, Shri Vijay Sampla, Shri Ramdas Athawale.
Secretary: Ms. Shankuntala D. Gamlin.

Jashn-e-Virasat-e-Urdu: Festival to celebrate Urdu heritage and culture
On 10th November 2018, Delhi government announced “Jashn-e-Virasat-e-Urdu”, a festival to celebrate Urdu culture and its heritage.
Key Points:
i. This festival aims to promote the growth of Urdu as a language. It is a 6-day festival. It will end on November 15, 2018.
ii. It was inaugurated by Deputy Chief Minister Manish Sisodia, at Central Park, Connaught Place, in New Delhi.
iii. Various artistes and artforms practising Urdu including traditional forms like Chaar Bait, which is a rare traditional style of singing in Urdu, Dastangoi and Kissagoi will be performed.
Some museums in Delhi:
♦ National Handicrafts and Handlooms Museum
♦ Red Fort Archaeological Museum
♦ Nehru Memorial Museum & Library

Key Points:
i. This project has been implemented by the Bhubaneswar Smart City Limited.
ii. In Phase-I 100 hotspots with 275 access points have been launched. It will be followed by 100 locations in the Phase II.
iii. Gradually, the hotspot locations will be increased to 518 with 1,800 access points.
iv. Internet speed will be 2mbps. Each user will get 250mb free data per day. After exceeding this limit user can pay and use the Wi-Fi.
v. A person should be within 300 m reach of the access point to use the Wi-Fi. One Wi-Fi hotspot can handle 150 users at a given point of time.
vi. With this move, Bhubaneswar will become a global Smart City with 500 hotspots throughout the city.
Some National Parks in Odisha:
♦ Simlipal National Park
♦ Bhitarkanika National Park


Indian Food and Agro Buyer Seller Meet was held in Jeddah
On November 11, 2018, a Food and Agro Buyer-Seller Meet (BSM) was held in Jeddah.
i. It was inaugurated by:
Md. Noor Rahman Sheikh, Consul General of India in Jeddah and
Hassan IbraheemDahlan, Secretary General of Jeddah Chamber.
ii. It was organized by: Consulate General of India in Jeddah in association with Jeddah Chamber and Trade Promotion Council of India (TPCI).
iii. 25 Indian companies from food and agricultural products sector met the Saudi importers at the BSM.
iv. The participation comprised of Indian exporters of 4 key commodities namely: rice, tea, spices and dry fruits.
v. This was organized to reduce the trade deficit by enhancing exports.
Background:
♦ Saudi Arabia is India’s one of the most important trade partners and is a major FDI partner of India after the UAE in Gulf region. India’s export to Saudi Arabia was worth USD 5 billion in 2017.
♦ In spices, Saudi Arabia primarily imports pepper, chilli, turmeric, ginger and cardamom from India.
♦ India is the 2nd largest producer and 4th largest exporter of tea in the world.
♦ Basmati rice export continuously dominates India’s rice export basket.
Saudi Arabia:
♦ Capital: Riyadh.
♦ Currency: Saudi riyal. 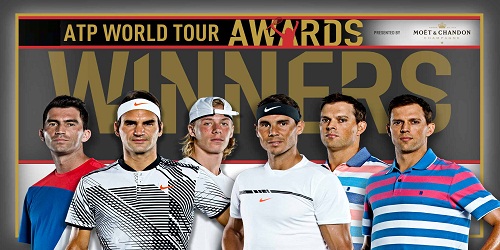 i. They were presented by Moët & Chandon.
ii. Following are the winners of the award:

About ATP:
♦ The ATP is the governing body of the men’s professional tennis circuits.
♦ Tournaments: 64 tournaments in 31 countries.
♦ Executive Chairman & President: Chris Kermode

UNESCO Asia-Pacific Awards for Cultural Heritage announced for the year 2018
On November 9, 2018, winners of 2018 UNESCO Asia-Pacific Awards for Cultural Heritage Conservation was announced.
i. 10 projects from five countries – Australia, China, India, Japan and Thailand – have been recognized by an international Jury of conservation experts.
ii. These were selected among 41 entries from eight countries across the Asia-Pacific region.
iii. The awards will be given out on 2019 which will mark the 20th anniversary of the Awards in Penang, Malaysia, where the Awards programme was originally launched.
iv. The event will be organized in collaboration with Malaysia’s urban regeneration organization Think City.
v. The winners of the awards are:

Tripura government to acquire 26% shares of Palatana thermal project from IL&FS
Tripura government will start a dialogue for the purchase of 26 % equity shares of the Palatana gas thermal power project from the Infrastructure Leasing and Financial Services (IL&FS).
Key Points:
i. Palatana gas thermal power project is a 726.6 mw gas-based power project. It is run by ONGC Tripura Power Company (OTPC). It was started in 2014 as a joint venture between ONGC, IDFC, IL&FS and Tripura government.
ii. Tripura owns 0.5 % share in the project. IL&FS will be selling its entire 26 % in the Palatana thermal project.
iii. Tripura is in the process of opening a dialogue with IL&FS to buy the 26 % shares. IL&FS had purchased 26 % equity shares at Rs 2.91 billion. Now, the equity shares are estimated at Rs 3 billion.
iv. Ministry of power allocated over 58 % energy from the Palatana project to north-eastern states.
v. From Tripura’s share in the project’s output, Tripura government is selling 160 mw to Bangladesh on a daily basis.
Some wildlife sanctuaries in Tripura:
♦ Sipahijola Wildlife Sanctuary
♦ Rowa Wildlife Sanctuary
♦ Gumti Wildlife Sanctuary 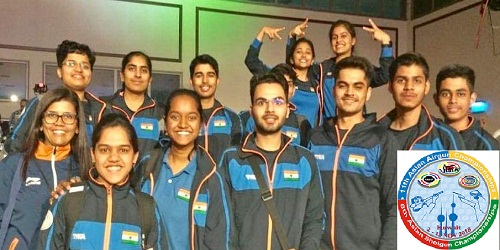 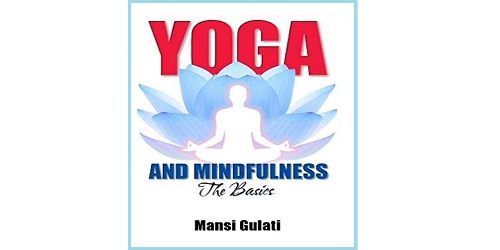 Key Points:
i. This book stresses that, yoga is not just asanas, but anything you do with mindfulness and dedication is yoga.
ii. This book helps in making yoga a part of your daily day life. It explains the link between physical exercises and mindfulness.
iii. It helps in understanding the philosophy behind yoga and also explains how various asanas are performed, with the help of pictures. It also lists the benefits of every asana. 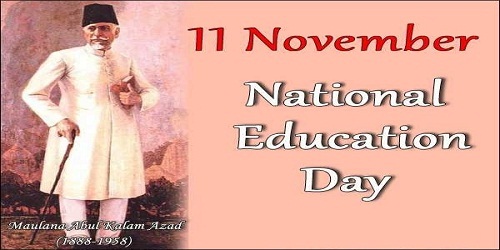 Key Points:
i. In 2008, Central Government declared November 11 as National education day.
ii. This day commemorates the birth anniversary of Maulana Abul Kalam Azad, freedom fighter, educationist and the first Education Minister of independent India from 1947 to 1958.
iii. This day recalls the contribution of Maulana Abul Kalam Azad to education in India. On this day, various programmes are organized in schools throughout India.