We are here for you to provide the important Current Affairs March 8 2019, which have unique updates of all daily events from all newspapers such as The Hindu, The Economic Times, PIB, Times of India, PTI, Indian Express, Business Standard and all Government official websites. 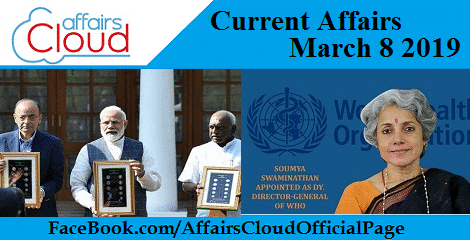 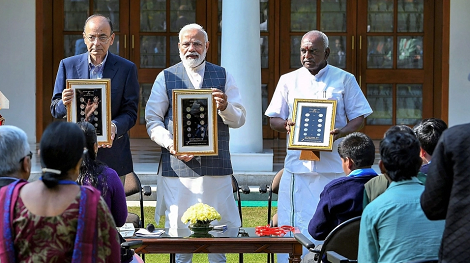 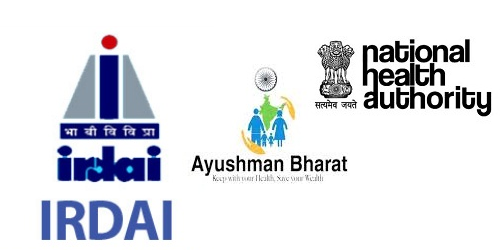 Key Points:
i. The group would comprise of 11 members.
ii. It will be headed by Dinesh Arora, Deputy CEO of NHA and co-headed by Suresh Mathur, Executive Director of IRDAI.
iii. The group shall prepare a report on management of hospitals under the scheme, data management and exchange, development of IT infrastructure for claims.
iv. 12 months will be given to submit a report on a national repository of empanelled hospitals under insurance/government schemes. with defined standards for quality and package rates and codes.
v. The group will get 3 months to submit a report on data standardisation and exchange.
vi. In 6 months it would have to make recommendations to detect and avoid frauds by building a common repository and through capacity-building. 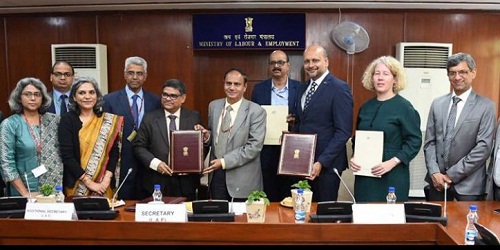 Key Points
i. The MoU was signed between Shri Utpal Singh on behalf of Ministry of Labour and Employment and Shri Gitesh Agrawal on behalf of SIMTARS, Australia.
ii. MoU was aimed at exploring new opportunities in the area of occupational safety, health and welfare of persons engaged in mining operations.
iii. Nowadays the availability of minerals has become difficult and miners have to go deeper, due to which new technologies are required for the safety of workers. 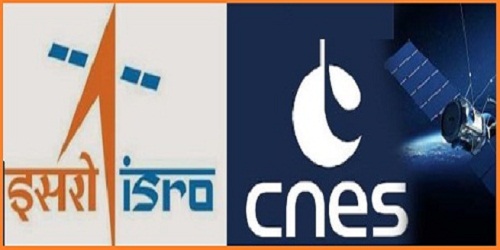 i. The CNES-ISRO agreement, intended to supply an operational system for detecting, identifying and tracking ships in the Indian Ocean, provides for a maritime surveillance centre to be set up in India in May 2019.
About France
♦ Capital – France
♦ Currency – Euro
♦ President – Emmanuel Macron
About ISRO
♦ Chairman – K Sivan
♦ Headquarters – Bengaluru 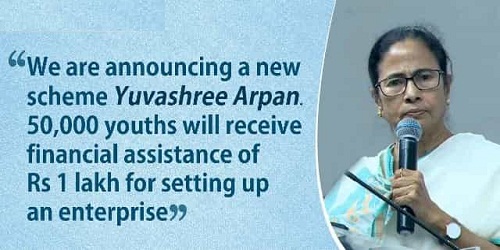 i. Youngsters passing out of Industrial training institute (ITI) or other polytechnic institute will be eligible to get financial support from the micro, small and medium enterprises (MSME) department.
ii. The Chief Minister on this occasion also laid foundation stone of various developmental projects including the first Hindi university in West Bengal in Arupara, Howrah district and Rs 1,488 crore drinking water project at Purba Medinipur that will benefit more than 12 lakh people.
iii. Foundation stone of projects worth Rs 1,071 crore including drinking water project that would benefit more than 8 lakh people inaugurated Bankura.
iv. She announced that the Health and Family Welfare department office would be set up on three acre land beside Nabanna.
v. She also inaugurated nearly 217 projects worth more than Rs 1,300 crore at the programme.

Credit info co. CRIF Highmark ties up with CreditVidya for first-time borrowers
A credit firm CRIF Highmark has collaborated with CreditVidya– data analytics firm, to enable lenders to provide credit to new borrowers or those who are underserved.
i. The collaborated-entity aims combine the past data of the customer with additional data from the other digital sources to prepare a credit report on the basis of which lenders can decide whom to lend.
ii. CRIF Highmark holds 1.6 billion records spanning over the entire Indian borrowing segment. The first-time borrower segment is estimated by CreditVidya at around 350 million. 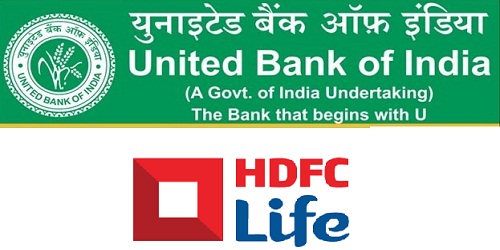 Key Points:
i. United Bank of India aims to provide the facilities of life insurance products to its customers through HDFC Life.
ii. This is the third PSU bank tie-up this year for HDFC Life.
iii. They aim to utilise each other’s customer base to spread their mutual business.

OECD cuts global growth forecast to 3.3% in 2019
The Organisation for Economic Co-Operation & Development (OECD) has cut the forecasts for the global economy in 2019 and 2020, owing to trade disputes and uncertainty over Brexit that would largely affect the world commerce and businesses.
Key Points:
i. The interim outlook report by OECD predicts the growth rate of 3.3% for 2019 and 3.4% for 2020, which is 0.2% and 0.1% lesser respectively as compared to the November 2018 forecasts.

Import of Solid Plastic Waste banned by India
The government has put a complete ban on import of solid plastic waste/scrap into the country.
Key Points:
i. Import of plastic was earlier partly banned as it was prohibited in special economic zones (SEZ) but allowed by Export-Oriented units (EOUs) who would obtain it from other countries in the form of post-recycling resources
ii. This complete prohibition has been done by amendment of Hazardous Waste (Management & Trans-boundary Movement) Rules on March 1.
iii. The rule is a part of India’s aim to completely phase out single-use plastic by 2022.
iv. A study by Central Pollution Control Board (CPCB) states that 10,376 tonnes (40%) out of the 25,940 tonnes of plastic waste per day remains uncollected in the country.
v. White category industries are now required to give their polluting wastes to authorised users, waste collectors or disposal facilities. White category industries are the ones that are either non or very less polluting ones and comprises of 36 industrial sectors like air-coolers, air-conditioners, biscuit making, metal caps, handloom and chalk-making etc.
vi. Exporters of silk waste no longer need to seek permission from the ministry.
vii. Defective electrical and electronic assemblies and components manufactured in and exported from India can now be imported back into the country within a year of export, without obtaining permission from the Environment Ministry.

i. It has been chosen for the award by the Airports Council International.
ii. Chandigarh Airport, Devi Ahilyabai Holkar Airport in Indore, SM Badaruddin II Airport in Indonesia, SS Kasim II Airport in Indonesia and Yichang Sanxia Airport in China were also chosen for the award.
iii. The award is given on the basis of independent survey among passengers on the parameters of security, safety, experience, ambience, ease of availability and cleanliness.
About Odisha
♦ Capital – Bhubaneswar
♦ Chief Minister – Naveen Patnaik
♦ Governor – Ganeshi Lal 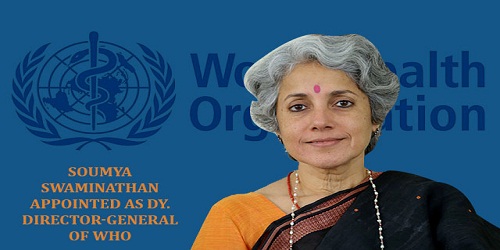 Key Points:
i. She used to be one of the 3 Deputy Director-General assisting Director-General Tedros Adhanom Ghebreyesus.
ii. The Chief Scientist is a newly created position and division.
iii. This new division is the Department of Digital Health, in the Division of the Chief Scientist. She will oversee the digital work and help the department in assessing digital technologies, and help countries in deciding as to how to to prioritise, integrate and regulate them.

e-Dharti App was launched by Hardeep S Puri
On 7th March 2019, Hardeep S Puri, Minister of Housing and Urban Affairs launched e-Dharti App to make all the three modules – Conversion, Substitution and Mutation online.
Key Points
i. e-Dharti GeoPortal was also launched by Hardeep Puri to allow the lessee of the property to see the basic details of property along with its location on map.
ii. Government will be able to know the actual status of its vacant properties through the App.
iii. The Payment system in Land and Development Office (L&DO) has been digitized and now, public can submit their application online through L&DO website.

iii.Other major projects of the Office of the Principal Scientific Adviser:

A study reveals that India’s measles vaccine campaigns have helped save thousands of children
A study, published in eLife states that the measles vaccine campaigns have helped in saving 41,000-56,000 children in India which amounts to 39-57 per cent of the expected number of deaths nationally in the period between 2010 to 2013.
Key Points:
i. The death rate in children in the age group of 1-59 months fell by 27% in the states where the campaign has been implemented as compared to just 11% fall in non-campaign states.
ii. India comes last in the list of countries which adopted two doses of the measles vaccine as part of national immunisation programmes.
iii. The second-dose measles vaccines was implemented along with mass immunisation in 2010.
iv. The campaign was found to be more successful in case of girls than boys, with the mortality rates declining more for in their case during the 3-year period. 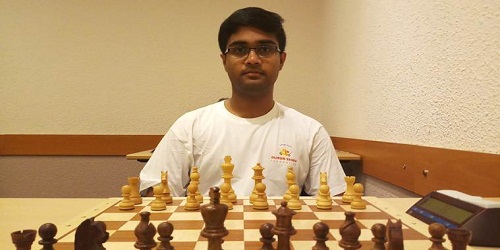 i. India’s first Chess Grandmaster Viswanathan Anand congratulated him on his achievement via Twitter.

Kenyan athelete, Daniel Rudisha passed away at the age of 73
Daniel Rudisha, a former teacher who became a Kenyan athletics coach died following a cardiac arrest in Nakuru, Northwest of Nairobi on 6th March 2019.He was born in Kilgoris, Kenya. 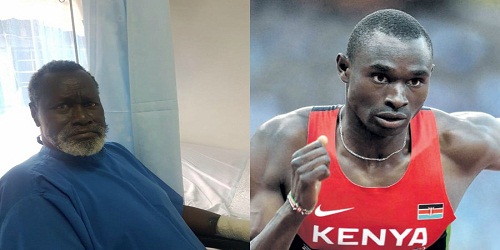 He was a member of Silver medal winning quartet of Kenya at the 1968 Mexico Olympics.

i. On this occasion, a Memorandum of Understanding (MoU) was signed the Women and Child Development Ministry(WCD) and the Skill Development and Entrepreneurship Ministry, which aims to impart skill-training and employment to women.
ii. The WCD Ministry will involve RMK (Rashtriya Mahila Kosh) to get majority of women to join the Mahila e haat- a digital platform for selling products that are made by women.
iii. The MoU shall be valid for 3 years and will be jointly implemented by Rashtriya Mahila Kosh and the National Skill Development Council .
iv. Nari Shakti Puraskar 2018 was presented by President of India, Shri Ram Nath Kovind in New Delhi to 41 women achievers.
v. The One Stop Centre (OSC) award conferred upon Uttar Pradesh Minister for Women and Child Welfare Rita Bahuguna Joshi for OSC, Lucknow.